Back into 2010, My Father Cigars announced an extremely unique release, the My Father Limited Edition 2010. Each cigar came in its own individual coffin and each was allegedly rolled by José “Don Pepín” García and bunched by Jaime García. The blend also used the famed pelo de oro leaf, a tobacco strain that is notoriously difficult t to grow.

Here is what we said in our review back in September of 2010:

While unnamed at the time, it was eventually dubbed the My Father Limited Edition 2010. At first, it was rumored, but never officially announce, that José Pepín would be rolling each and every cigar that would be released himself, which quite a few people, including me, were skeptical about, considering his age and the amount of time it would take. Eventually, it was announced, officially this time, that Jaime García, Pepín’s son, would do all the bunching, and Pepín himself would do the rolling. In fact,according to reports, Pepín set aside a personal rolling room that only he had access to in order to work on the rolling.

The My Father Limited Edition series was a huge success, selling out extremely quickly in many places. In 2011, My Father released the next incarnation of the line, another 6 1/2 x 52 Toro, this time neither rolled by Pepín nor bunched Jaime García, although again using Pelo de Oro leaf in the blend. In addition production almost doubled from 24,000 in the 2010 version to just over 43,000 for the 2011 release.

Fast forward to October 1 of this year, and we posted a story concerning the 2012 release:

There have now been three releases of the My Father Limited Edition. They are: 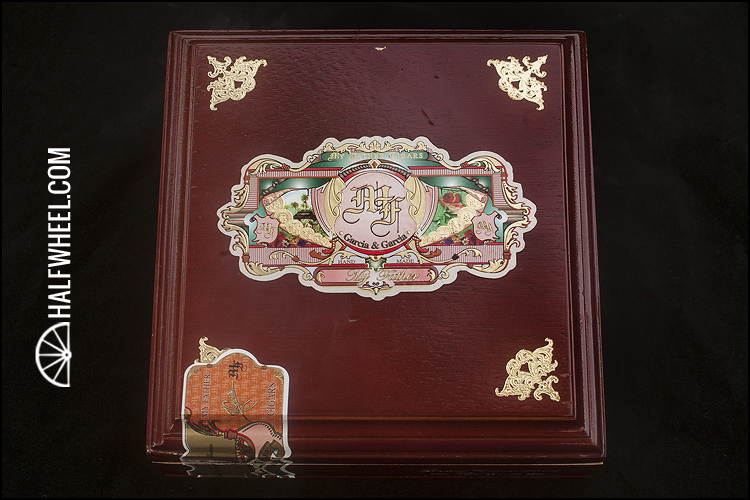 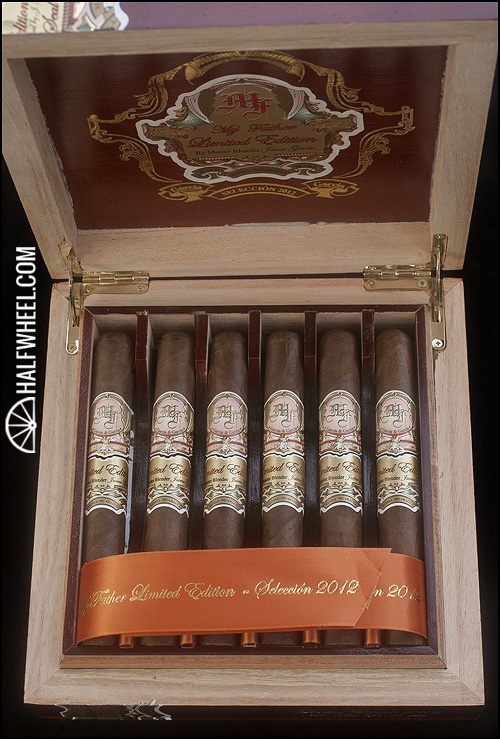 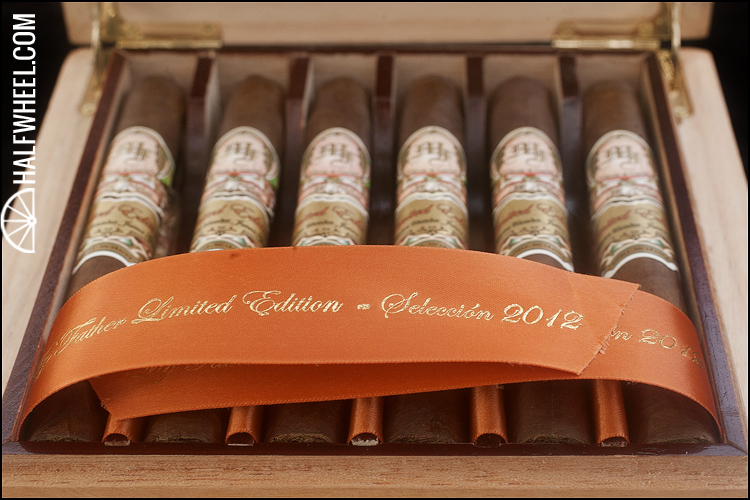 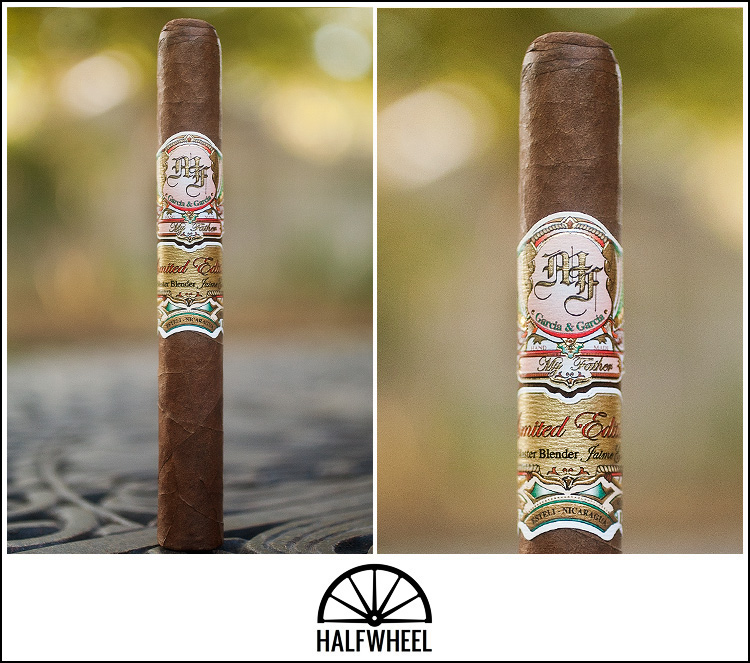 The My Father Limited Edition 2012 is an extremely impressive looking cigar with an oily dark mocha brown wrapper that is slick to the touch. It is a bit on the firm side when squeezed and there are a few veins visible. The cap looks perfectly applied and the aroma coming off of the wrapper is a combination of strong espresso, barnyard, cedar and raisins.

The first third of the My Father Limited Edition 2012 starts off with nice flavors of nuts, dark chocolate, coffee and leather. The retrohale has almost equal parts cream and black pepper—a very interesting combination—and there is just a slight spice tingle noticeable on the tongue. I can taste a small amount of sweetness underneath the other flavors—and while it continues to strengthen for the entire first third—at this point it is not strong enough to place. Construction is fabulous with a perfect draw and a burn line that is almost totally flawless. Smoke production is above average and the strength ends the first third at a medium minus. Coming into the second third, and the creaminess has increased a bit, as has the sweetness, which is now strong enough to place as a vanilla note, although it is still not overtly strong. Other flavors continue the trend from the first third, with dark chocolate, leather, slightly bitter espresso and cedar leading the way. There is an interesting musky earthiness that is intermingled with the rest of the profile, but my hopes of it becoming a major player are not realized in the second third. Construction continues to impress with both burn and draw giving me no issues whatsoever. The strength has increased quite a bit by the end of the second third, ending noticeably stronger then the medium mark, although short of the full mark so far. The final third of the My Father Limited Edition 2012 sees an increase in the musky earthiness, morphing into a somewhat interesting mushroom note and becomes the dominant flavor for the remainder of the cigar. Other notes remain pretty much the same from the first two thirds: espresso, dark chocolate, leather, cedar and a hint of nuts. The vanilla sweetness is still present, but sadly has not increased in strength. The construction remains excellent, and it is a very easy cigar to nub. The strength continues to increase until the end of the cigar, finishing up at a full minus mark. 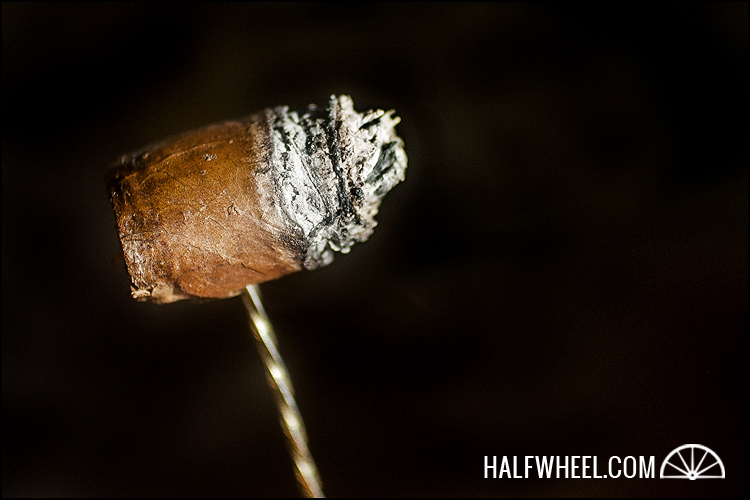 This is one of those yearly releases that—in my opinion—has never lived up to the combination of hype and high price that is charged for it. No doubt, a very good cigar with a profile a bit more delicate and nuanced than I expected and flavors that are balanced quite well with the black pepper and spice that is present throughout the smoke. It also features absolutely fabulous construction and smoke production is well above average. The problem is that the flavors that are present—mushroom note notwithstanding—are fairly ubiquitous and not at all unique to this cigar, or even to My Father in general. While I will be getting more of these, I am always curious how these specific blends age, if I was thinking box purchase, I would buy the Jaime Garcia Reserva Especial Limited Edition 2012 over these any day of the week.