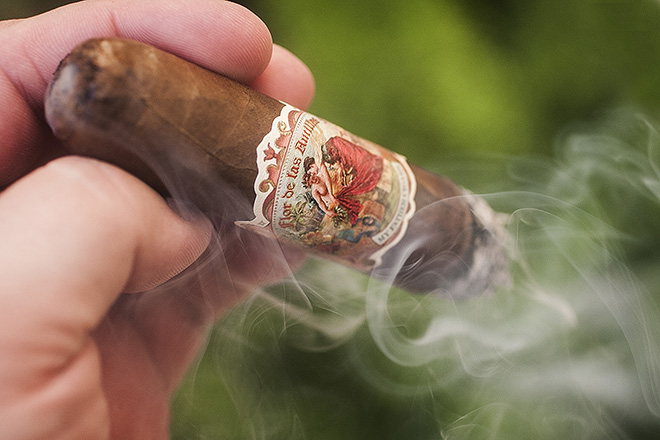 First debuting in March of 2012 in unbanded bundles at Federal Cigar’s 91st anniversary party, the Flor de las Antillas from My Father is a Nicaraguan puro blend which uses a Sun Grown wrapper and now is available in eight different vitolas. The name Flor de Las Antillas was chosen to honor the country of Cuba, which is sometimes known as the flower of the Antilles. It refers to the Antilles Islands, which are part of the West Indies located in the Caribbean Sea, and also include Jamaica, Haiti, the Dominican Republic and Puerto Rico.

Since the original four vitolas, there have now been four different additions to the Flor de las Antillas line, with an exclusive for Alliance Cigar, the DeSocio, being the latest. We covered the news of the Binny’s Beverage Depot exclusive Toro Grande release in a post back in June:

Pricing is set at $9.70 per cigar or $194.00 per box of 20. The 6 x 60 is the largest ring gauge version of the Flor de las Antillas to date. Binny’s received the cigars yesterday and has begun shipping to its retail locations. A representative for the company said the cigars would be sold through the company’s online store.

The three exclusive sizes bring the line’s current portfolio to seven sizes. Others have claimed they are working with My Father on other sizes, but the company has refused to comment on other specific projects. The line debuted last year with just four sizes, the Toro was named Cigar Aficionado’s top cigar of the year in January.

There are now eight different vitolas of the Flor de las Antillas that have been released so far. They are: 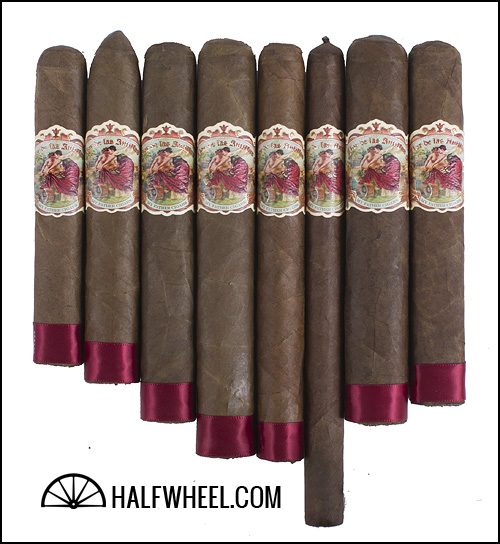 The Binny’s version of the Flor de las Antillas is a huge cigar with a noticeable soft box-press and a triple cap. The wrapper is a great mocha brown, smooth to the touch with a few veins visible. It is noticeably soft when squeezed and the aroma off of the wrapper is a combination of strong hay, leather, manure and sweet oak.

The first third of the My Father starts out with a huge blast of sweet cinnamon and bread, almost reminding me of a Cinnabon. The flavor lasts for the first three puffs and then starts to recede quickly replaced by notes of oak, leather, dark chocolate, hay and coffee notes. The sweetness sticks around throughout the first third—but at a much reduced strength—never coming close to the amount in the first few puffs. There’s a slight amount of white pepper on the retrohale. Smoke production is enormous, white and billowy, the draw is a bit open, but the burn is excellent so far. Strength sits under the medium mark by the end of the first third. The sweetness has changed a bit by the start of the second third of the Flor de Las Antillas Toro Grande, becoming more of a lingering nutmeg note. Other flavors of dark chocolate, coffee beans, leather and oak ebb in and out as well with no one flavor taking dominance. The white pepper on the retrohale has also been reduced quite a bit. There is still a tremendous amount of smoke, and the cigar has great ash construction, while the strength has barely moved to solid medium. The final third of the Flor de las Antillas Toro Grande sees the sweetness and white pepper from the first two thirds all but disappear, but the rest of the flavors in the profile continue pretty much the same: leather, coffee, chocolate, hay and oak. The almost overwhelming smoke production has remained consistent, as has the wonderful burn and draw. Strength ticks up to slightly higher than medium by the end of the cigar. 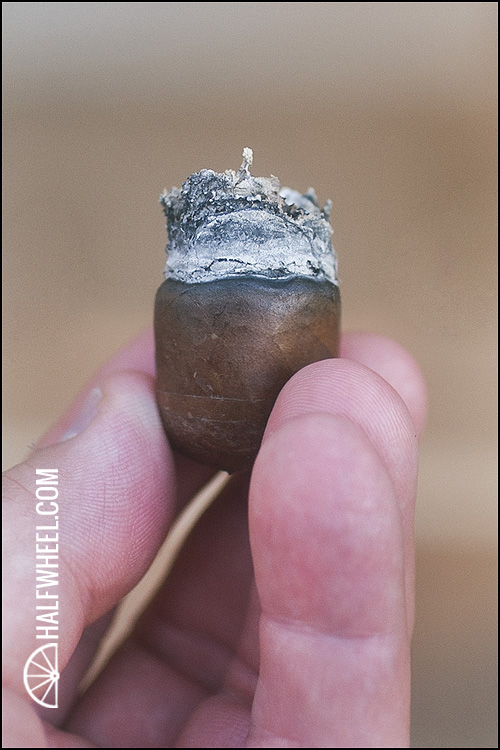 There are many things to like about the Flor de las Antillas line: the price point is excellent, there are a huge number of different vitolas available, and the construction on every one I have smoked has been top notch. In terms of flavors and complexity, the Flor de las Antillas Toro Grande is easily the best vitola of the line for me, as it features quite a bit more sweetness—especially in the first third—wonderful construction and a slightly richer profile. Having said that, the problem is that even at its best, it is still a fairly predictable smoke, with fairly predictable flavors, the first three puffs notwithstanding. Is it worth the money and effort to purchase and try? Without a doubt. In fact, I would venture a guess that if you have smoked some of the other vtiolas in the line and liked them, you will be as surprised as I was about how the blend performs in a 6 x 60 size.