On Feb. 9, 2012, site sponsor Atlantic Cigar Co. put up for sale the next of their four part 15th Anniversary Series. For the first release, Viaje was commissioned to create a special cigar and for the second, My Father was chosen and decided to make a box-pressed Robusto.

Atlantic Cigar described the backstory behind the release:

We already ran a news story about the details, which go as follows: 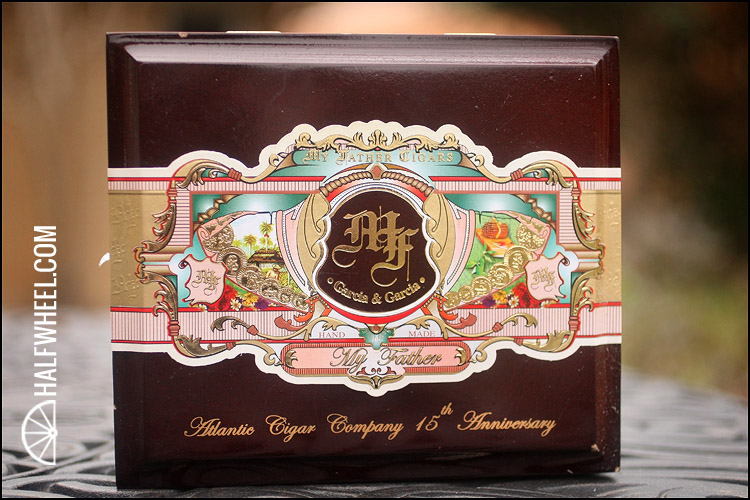 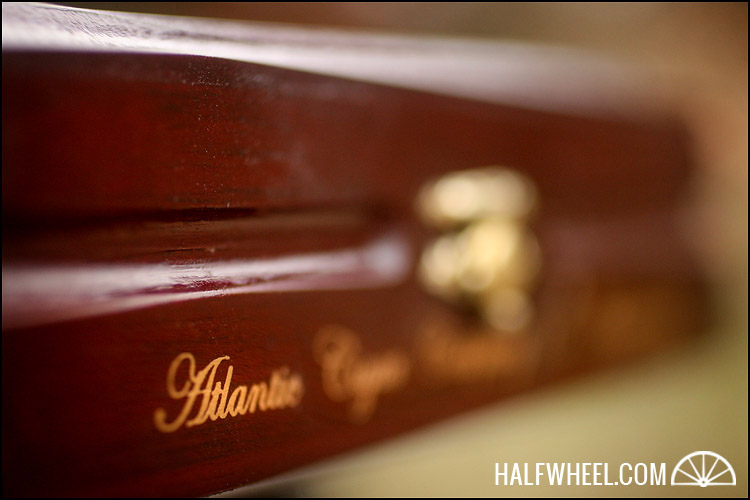 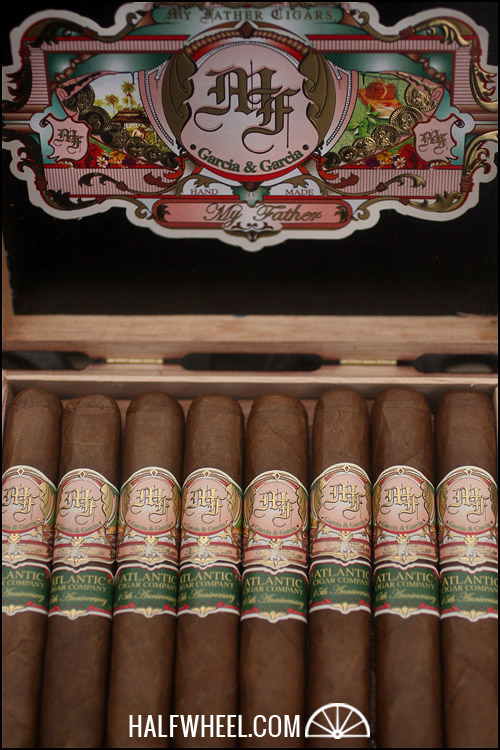 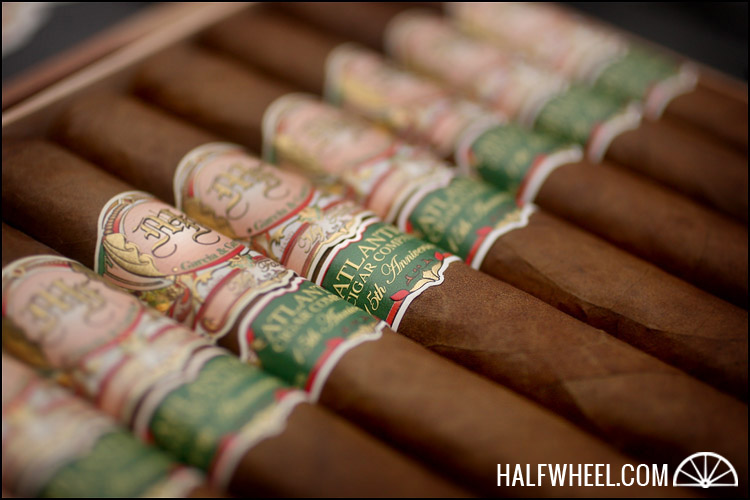 This is the eighth My Father release that was limited to specific store(s): 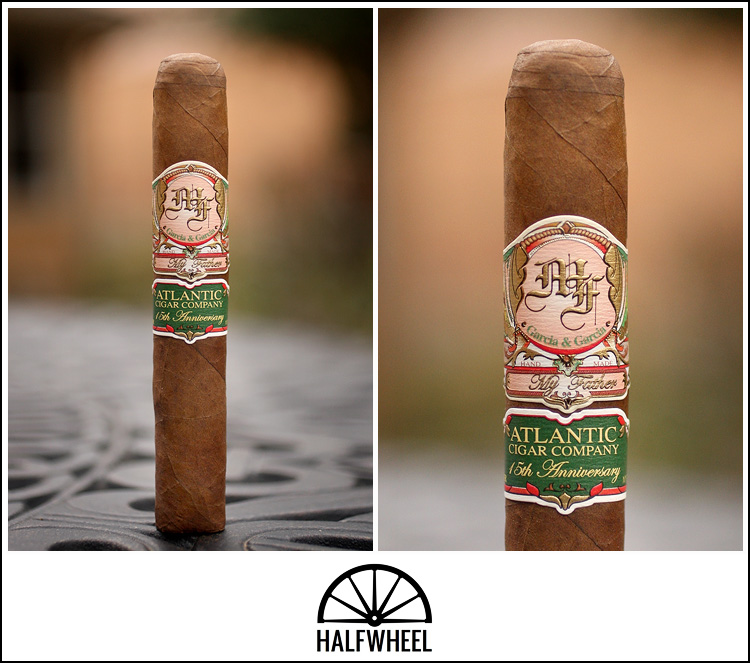 The My Father Atlantic 15th Anniversary is box-pressed with a great looking reddish brown wrapper that is free of veins and smooth to the touch. It is hard when squeezed, but not too hard. The wrapper smells strongly of dark chocolate, earth and pepper.

The first third starts with immediate flavors of leather, cedar cinnamon and strong black pepper, both in the mouth and the retrohale. At first, there is no sweetness at all and there is just a bit of spice on the lips. The draw is consistently a bit loose early on, but not enough to really bother me. Smoke production is awesome, white and billowy, with a spicy wood scent. 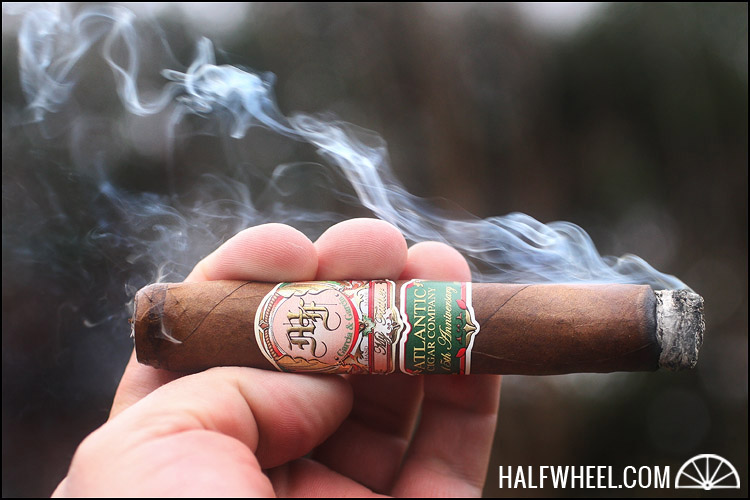 Coming into the second third the profile changes quite a bit turning creamier and losing almost all of its cinnamon, yet the core flavors taste pretty much the same with cedar and leather dominant. The problem with the My Father Atlantic 15th Anniversary is extremely noticeable: the flavors seem almost muted compared to the first third. There’s a reduction of the black pepper as well, but it is still very much a background note. I can feel the strength increasing and by the end of the second third, it is a strong medium and only getting stronger. 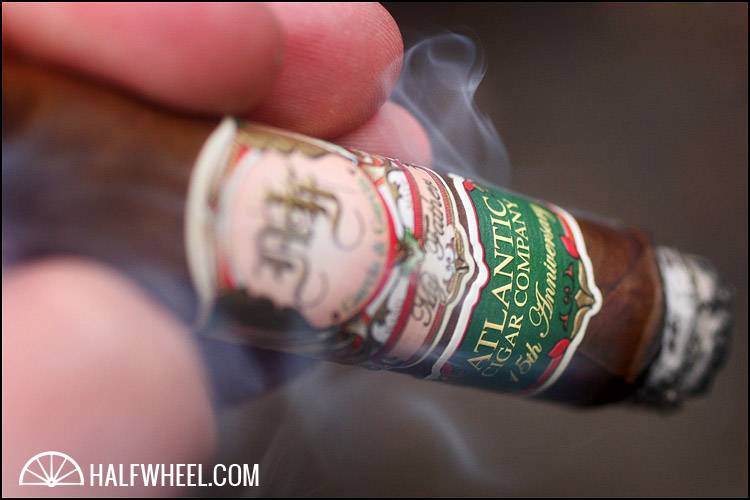 The final third gets significantly better than the second third with fleeting flavors of plum, cinnamon, coca powder, cedar and a nice earthiness. No flavors are really dominant for long and they all keep switching places. However, the strength really increases and by the end its a strong medium. The My Father Atlantic 15th Anniversary never gets hot and is well-suited for smoking past the band. 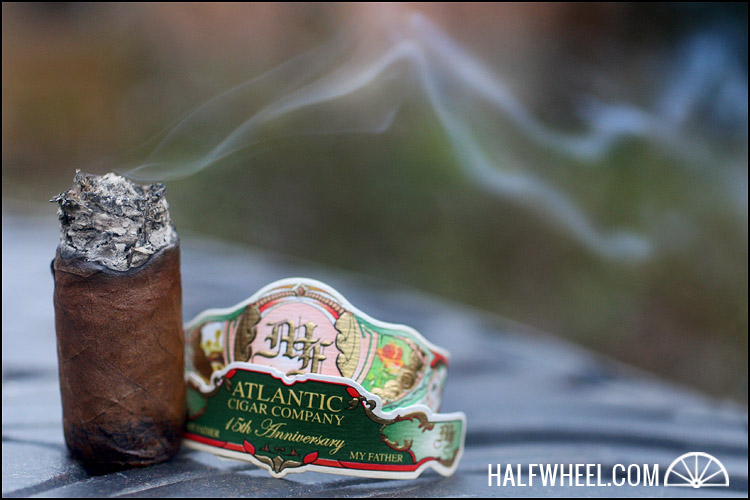 I have never been a huge fan of the My Father line in general, so I was a bit surprised at how much I liked the My Father Atlantic 15th Anniversary Robusto. I think the main reason I liked it is that it does not taste exactly like what I think of when I think of when I think "My Father" profile and for me, that is a good thing. Having said that, I was a bit annoyed at the somewhat muted flavors in the second third, although I am thinking that is due to the youth of the cigars. The construction and burn were fine, as was the draw after the first third, and the huge smoke production was a plus. This is an easy cigar to recommend, as I think the vast majority of people who smoke it will like it, but I would definitely try it before buying a box.