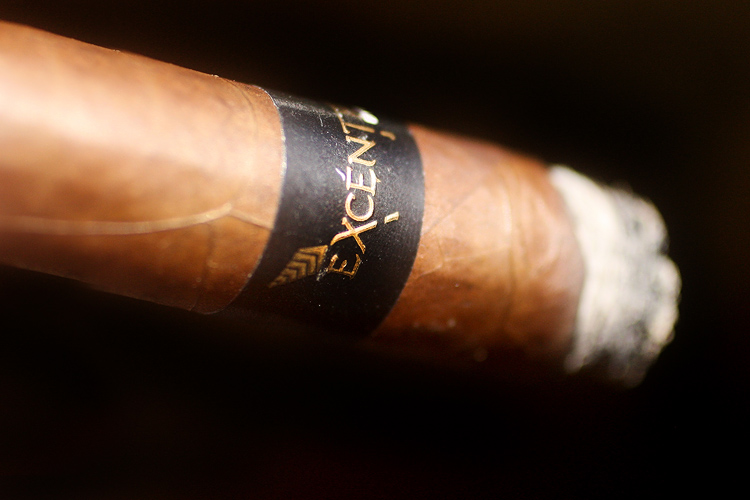 Elogio is one of the smallest companies in the industry, producing around 50,000 cigars a year, so the Excepcionales was quite limited with only 300 boxes of 10 being released. Here are some details about the Elogio brand from my review of the Excepcionales:

Elogio is owned by Nabil Sabbah and blended by Carlos Pereda Robaina, grandson of the late Alejandro Robaina. Their coveted secret is the LSV wrapper that is grown by Carlos and Armando Robaina in Ecuador. Up until late 2011, they grow the wrapper in Nicaragua, but as with many others, Elogio is finding better success in Ecuador. Production stays below 50,000 annually, making it one of the smallest companies in the industry. To put that number in perspective, Elogio makes significantly less cigars in one year than Drew Estate makes in a single day.

In addition to the two limited editions, Elogio now has two core lines.They are: 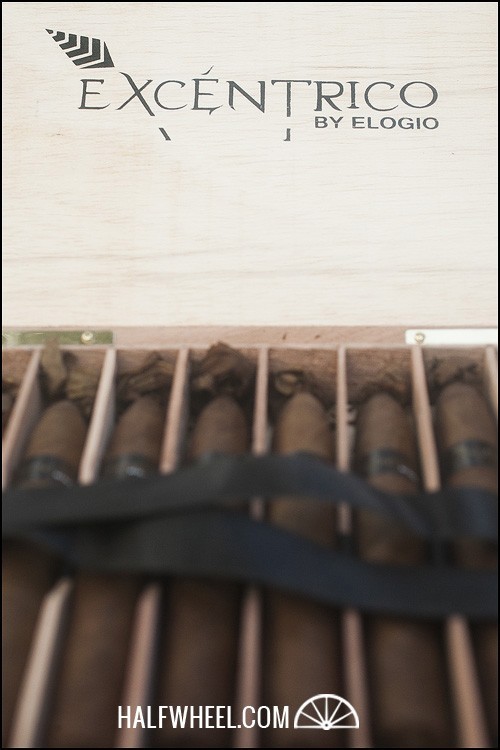 The Excéntrico is visually striking looking, almost like a Torpedo, and with what can only be described as a plume of tobacco at the end and a covered foot. The Ecuadorian wrapper is a great mocha brown color, silky smooth to the touch and has quite a bit of oil present on it. The Excéntrico is quite large when held in the hand and has great give to it when squeezed. Aroma off the wrapper is a sweet wine note, along with cedar and slight pepper.

The Excéntrico starts off the first third extremely bitter for about five puffs, then calms down to a background note almost immediately, replaced by strong flavors of leather, mocha, espresso and chocolate. There is a sharp black pepper on the retrohale that is almost overwhelming for about 10 puffs, which calms down much like the bitterness to a more manageable amount. There is a really nice maple sweetness that comes in about halfway through the first third of the Elogio and sticks around until the end of the third. Construction is spot on with both burn and draw are wonderful so far and the ash is nicely formed. Strength starts out more than I expected at a little less than medium and seems to be increasing. Coming into the second third of the Excéntrico and the profile becomes noticeably more creamy in nature, but the main flavors remain the same: leather, slightly bitter espresso and chocolate. The sweetness is still very much evident, but has shifted from maple to more of a generic sweetness, and is still about the same strength. Construction is still great, both burn and draw, and the smoke production seems to have increased noticeably. The overall strength also remains virtually unchanged from the first third, just under medium. The final third of the Elogio Excéntrico is a carbon copy of the second third and essentially of the first third as well. Same profile, same flavors in basically the same amounts, same construction and same sweetness evident. In fact, the only change I noticed at all was in the overall strength, which ticked up just a tad to a solid medium, but never got anywhere close to anything stronger. However, the nub stayed cool to the end, which was a nice bonus. While I am a big fan of a lot of EloGio's regular production releases, particularly the core lines, their first limited release the Excepcionales was extremely disappointing to me. I can safely say that the Excéntrico is miles above that one, in just about every way possible. It has great construction and wonderful flavors with the somewhat harsh beginning notwithstanding, but is just not that complex, profile-wise. The main issue? These are not as good as most of their regular production blends, harder to find and cost quite a bit more as well. A pretty good cigar at a not so great price, but well worth trying if you are a fan of EloGio and can actually find one to purchase.