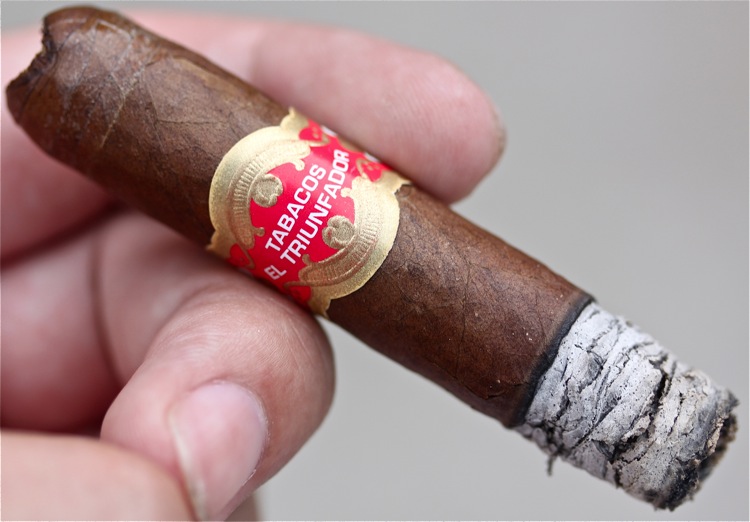 (You can read Brooks’ review of the El Triunfador No.6, here.) 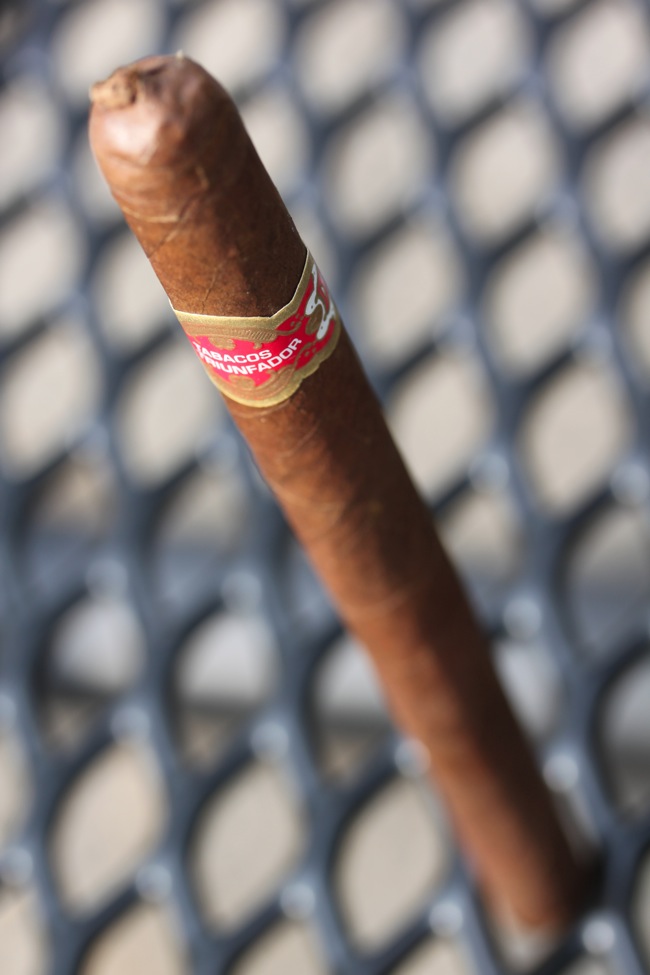 The Story
No point in trying to reinvent the wheel, from the other review:

In 2008, Pete Johnson of Tatuaje/Havana Cellars, released a single size of a new cigar called, “El Triunfador.” The release was made so that Johnson could solidify his trademark claims over the old Cuban brand which he had registered. A year later, Pete would release the full version of the regular El Triunfador line, a collection of cigars that he originally planned only for Europe. Eventually, the entire new El Triunfador line would make it to the U.S., although quite different than the original 2008 cigar. Pete released the El Triunfador in classic El Laguito No. 1 (7 1/2 x 38) with a Connecticut Broadleaf wrapper, as opposed to the red-banded El Triunfadors which feature a Habano wrapper.

There’s a bit of similarity between the two El Triunfadors, most notably the El Laguito No. 1 format. Like the OR (original), this is topped off with that hybrid Pepín triple pig-tail cap. The Habano wrapper is a medium leather with great reds and relatively mild veins Aroma from the No.6 is leather with a touch of cocoa towards medium-full. The roll is good and to the touch it provides just the right amount of resistance every time. Foot is sweet leather with some meatiness and graham cracker, medium-full. 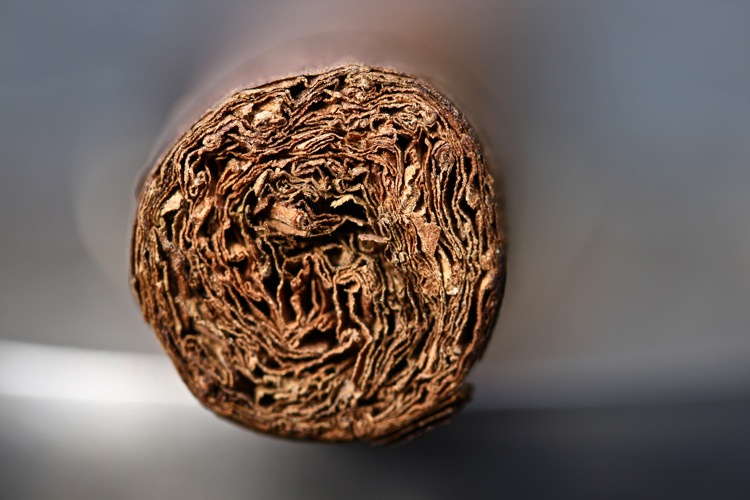 Lighting
The V-Cut goes smoothly leaving a full aroma of leather, sweet pepper and herbal spices from the top of the cigar. Cold draw is dead center in tightness with sweet leather, the occasional berry and a touch of natural tobacco that bitters the flavor. Nothing incredibly complex while lighting, a touch on the toasty side. The first draw of the El Triunfador is a bit open starting with a nutty flavor that transforms into a cedar and floral note. It’s medium-plus, short and not very exciting. What’s that about a book and a cover… 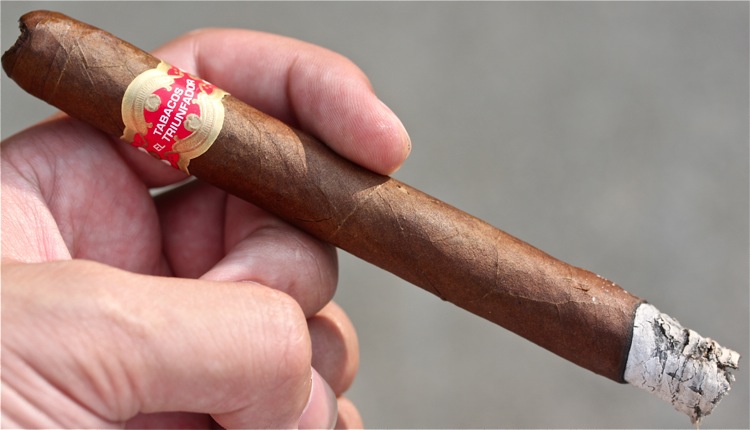 First Third
The El Triunfador No.6 has a relatively sweet tastes with a medium nuttiness, tobacco and a bit of vanilla. Finish is earth, tobacco and some espresso; medium-plus and long. Body is medium, an interesting place in between a relatively mild strength and nearly full in flavor. Burn is solid, with a flaky bleach white ash holding for about an inch. Draw is just a tad bit tight, exactly where a Lancero should be. 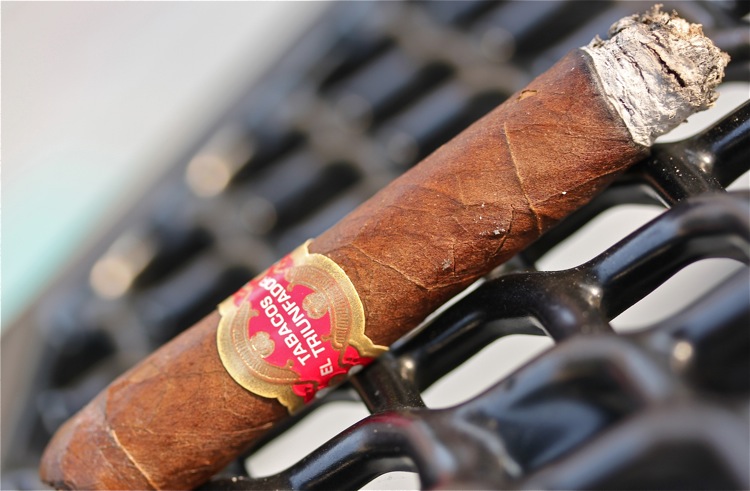 Second Third
The Pete Johnson creation sees an increase in body, which is welcomed. The nuttiness has some added character as hickory, cedar, floral notes and meatiness joins some of the sweetness creating a much different profile than the first third. Finish is a bit more sour with the hickory, meatiness and earth really coming out, as well as a refined pepper. Strength is still relatively mild, perhaps seeming a bit stronger than it actually is because of the body. Construction of the El Triunfador No.6 remains solid, a consistent draw with good smoke production that adds some sweetness and classic tobacco notes to the windy Carolina air. 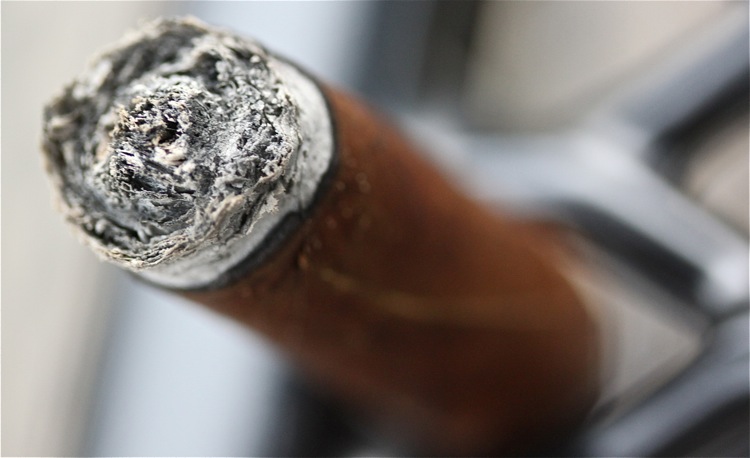 Final Third
It’s a lot more refined until falling off at the inch mark. Up to that point, the El Triunfador shows off a distinct white pepper, some vanilla, more espresso and a great meatiness that ties the cigar together. Touches of bark and some root beer join the core for the finish, which is full and pretty length. The Tatuaje is maybe mild-medium at this point, whatever the case quite light as far as strength. Body is the fullest it ever is and construction is good, never getting hot. Like I said, flavor falls apart with about an inch left, so with an hour and forty passed, I put down the El Triunfador No.6.

For the Novice
The idea Lancero? Quite possibly. In terms of strength, the El Triunfador No.6 is easily towards some of the lightest, but that’s not all that makes one of, if not, the best Lancero for new smokers. The flavor is full, yet no where close to overbearing. Most importantly, this cigar features some of the best construction in the category, particularly consistency, easily the largest factor when recommending a cigar to a new smoker. In addition, price point and availability make this an easy sell. Pick one up. 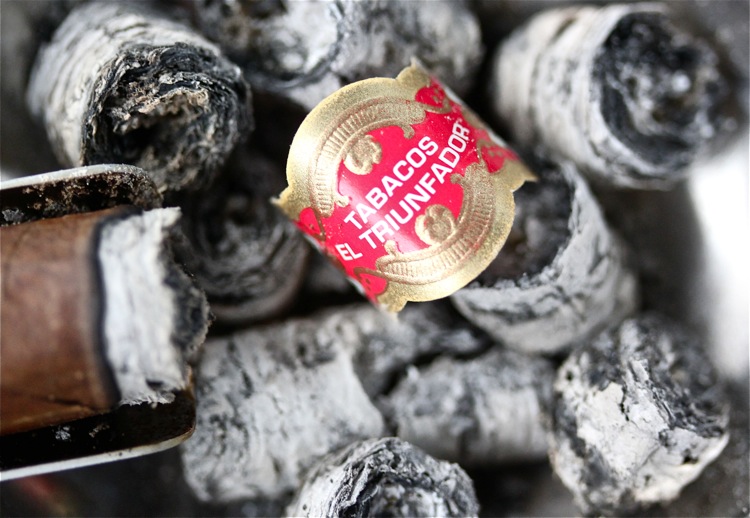 In the End
The question… which one is better? While the El Triunfador No.6 is a very good Lancero, the original El Triunfador Lancero Limited is a classic. It’s one of my favorite Tatuajes ever made and easily towards the top in terms of complexity. The No.6 makes for a great anytime cigar: good price point, easy access, decent complexity and the ability to be smoked at anytime. Just to clear things up though, while this is light in the strength category, this is not a “mild” cigar, much like the E.P. Carrillo N.W.C. The largest issues is that while there are a lot of flavors, that don’t layer themselves well, they just sort of mix together creating an experience that could be more enjoyable. While I can’t say this is a better cigar than the original, it’d be wrong to overlook this because it can’t top a classic.

88. Solid, a consistent cigar that makes for an ideal everyday Lancero.