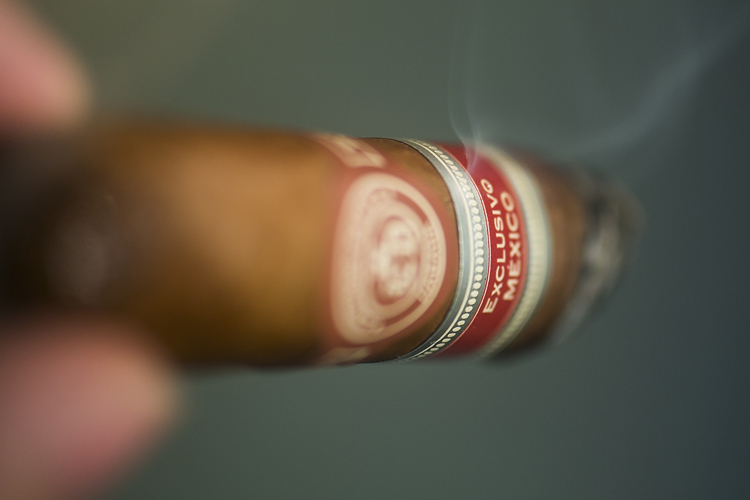 There were 600 numbered boxes of 25 cigars, shaped in the form of the iconic Partagás 109, a 7 1/4 x 50 Double Robusto with a formed cap and the traditional double bands of the edición regional program.

The Edición Regional program started in 2005 and utilizes the 17 local and multi-local brands for their releases exempting the ten worldwide premium global and niche brands. The cigars are limited production releases with a minimum run of 25,000 cigars and are made exclusively for a regional market, which can range from a specific country to a geographic region.
They are available for one to two years, after which time the cigar can be added to the line’s current production range. The vitolas used for Edición Regional releases must be selected from current production vitolas, but ones that are not already used by that line.
In addition, recent changes, as noted by Trevor Leask of CubanCigarWebsite.com, have included a lifespan of 12 months with release dates generally in August, September and October. In addition, while some regions have received multiple releases in a calendar year, it has been reported that starting in 2012 Edición Regional releases will be limited to one per distributor
Finally, the cigars generally use the marca’s main band with a second red and silver band that indicates the region it was made for, in the format “Exclusivo ___” with the region’s name in Spanish.

In 2008, Max Gutmann, head of Importadora y Exportadora de Puros y Tabacos, received a second 600 box shipment of the Edmundo Dantes Condel El 109. The cigars were described as identical to the 2007 release and if there is any difference, it’s unrecognizable to the eye.

A few months ago, a reader stopped by the office with something to show us, a full box of the 2007 release.

As with every El Conde 109 I’ve smoked, the Edmundo Dantes has a great weight. The crisp lines on the cap look great on the beautiful light brown wrapper. There’s a strong aged leather aroma and a touch of cedar. From the cold draw there is some sweet brown leather and a bit of sugar—very detailed.

The Edmundo Dantes begins the first third with some pungent wood, sweet cedar and leather, a salty peanut note and leather on the finish. Eventually, the profile shows the sweet leather and nuttiness with acidic lemon and sweet sherry through the nose. There’s cranberry notes on the finish, which only add to the utterly complex and smooth profile. The smoke itself has a deep body with a velvet like texture, the out-of-focus shot captured just what I was experiencing.

Coffee and creamy notes emerge as the second third gets going while the cedar moves all around the profile, eventually landing on the front of the tongue. It’s not a transition, so much as it is building and now there’s some raison flavors added to the cranberry on the finish while the upfront notes are both sweet and acidic. The burn is not perfect, but the Edmundo Dantes delivers chunks of ash and a great smoke production.

The buffet of flavors continues with charred and red wine notes hitting the back of the tongue in the final third. For a bit of time, the Edmundo Dantes gets a butterscotch flavor, but by the time I put the cigar down, it’s gone. There was little to do construction-wise by this point, the draw still a tad tight and the burn not entirely even, but I didn’t have to play with either.

I have long believed one truth about Cuban cigars: when Cuba gets it right, they can do it better than anyone in the world. It's been almost two years since I've smoked a Cuban cigar where they got it that right, but make no mistake about it, the Conde 109 is one of those handful of cigars. It's easily the most impressive Havana release I've smoked from the past six years and undoubtedly one of the better cigars the world has seen of late. The hype is real.