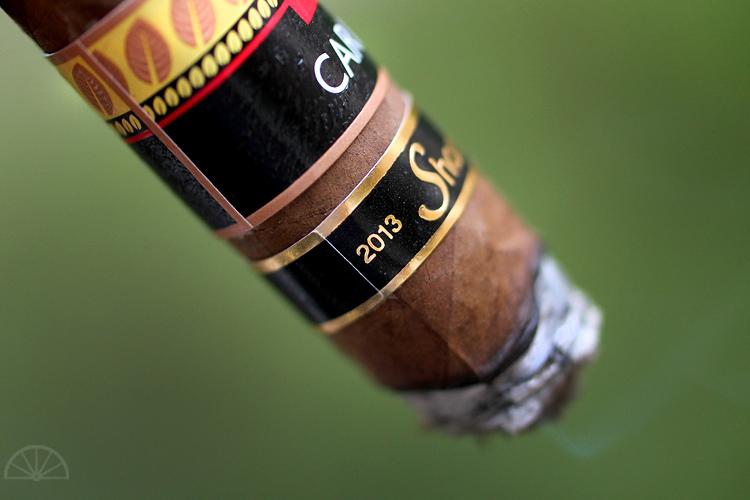 Now in its fourth year, the E.P. Carrillo Short Run has become a regular spring release from the company, a three-vitola project that has showed off different blends of tobaccos in limited amounts of production.

The first edition of the E.P. Carrillo Short Run came out in June 2010, between the company’s first release, the Edición Inaugural 2009, and the E.P. Carrillo Core Line. When Brooks reviewed the Short Run 2010, he mentioned speaking to Ernesto “Ernie” Perez-Carrillo III, who said that the cigar was a project that would allow them to “produce a cigar with more strength, pepper and spice to attract a different segment of the cigar smoking public, a totally different smoke from the Inaugural in almost every way.”

The E.P. Carrillo Short Run 2013 is available in the same three sizes that is has been since its debut in 2010:

While the sizes haven’t changed, the names have, continuing a tradition they’ve done every year since their release. Since 2010, the 4 7/8 x 50 vitola has been known as the Populares, Bombones, Exquisitos and now the much more common name of Robusto. What is now a Corona Gorda has been called a Delirios, Cañonazos and Invictos, while the large 6 1/4 x 60 vitola has been named the Dominantes, Inmensos, Reinados and now Double Robusto.

Ernie Perez-Carrillo III said that the change in vitola names is simply part of the process of differentiating the Short Runs from year to year. Different blends, different years, different names.

Speaking of the blend, it’s the first time an Ecuadoran Sumatra wrapper has been used since the Short Run line debuted in 2010, and the first use of a Dominican Piloto Cubano leaf for the binder. 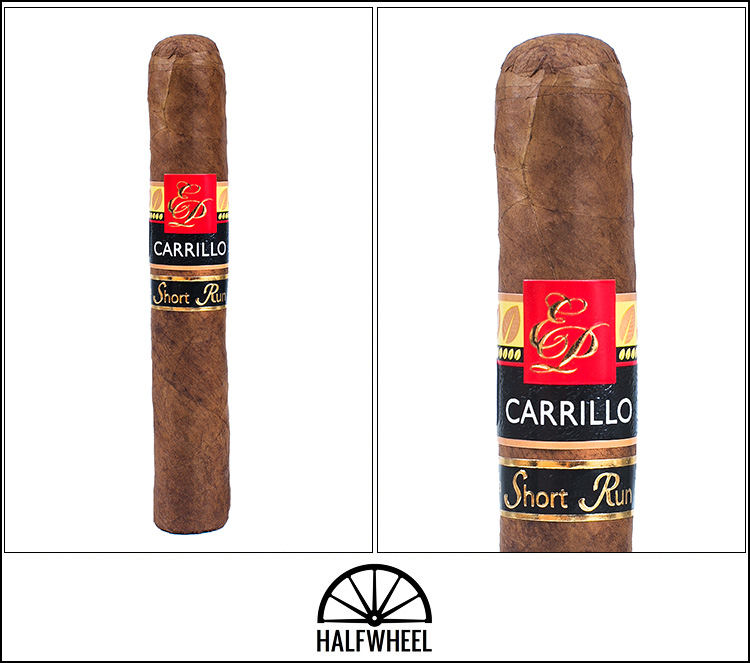 *Each of the three sizes will have 1,500 boxes produced.

Despite its classy and eye-catching pair of bands, the wrapper on the E.P. Carrillo Short Run 2013 Robusto isn’t the most attractive one you’ll find in most humidors. It’s somewhat mottled and has a color that reminds me of dry soil, something prevalent in my area of the world. It’s somewhat mottled with small veins and no toothiness. There’s some give to the cigar, though it doesn’t feel underfilled. On the nose is an up-front aroma of dry tobacco and thick wood shelves –  it’s as if I’m in the aging room with the cigar. The cold draw is acceptable if a bit loose on the first cigar smoked, and air moves fairly liberally with a subtle flavor set of sweet wood and earth.

Once lit, the E.P. Carrillo Short Run 2013’s first puffs are loaded with big notes of earth, some leather, and a lingering bit of pepper. It’s up front and medium-plus to almost full in terms of body, with a smoke texture that feels just a bit thin but doesn’t hold back on flavor. With half an inch burned, the intensity backs off just a bit and allows a more subtle version of those notes to come through. A retrohale at the end of the first third is surprisingly smooth given that it has a fair amount of pepper. The ash has held on tight throughout the first third before losing its grip at about the two inch mark, and the draw shows no signs of being as loose as I had feared it might based on the cold draw. 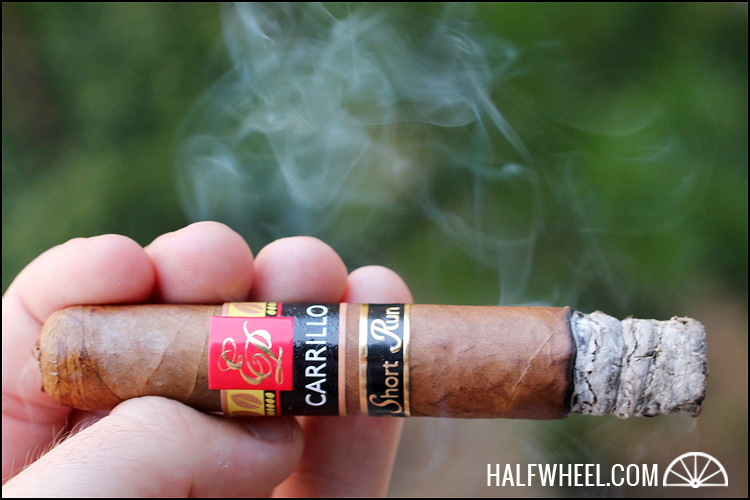 Moving into the second third there is a steady mellowing of the flavors, with the nose getting a very enjoyable combination of earth and chalk while the taste buds get a bit of a respite.  Right at the midpoint, a good bit of sharp pepper starts joins the flavor, an alert to the increase that would soon be coming to the E.P. Carrillo Short Run 2013. Smoke production continues to be very good and the ash in fantastic, tight and holding on for what seems to be as long as I want it to remain. 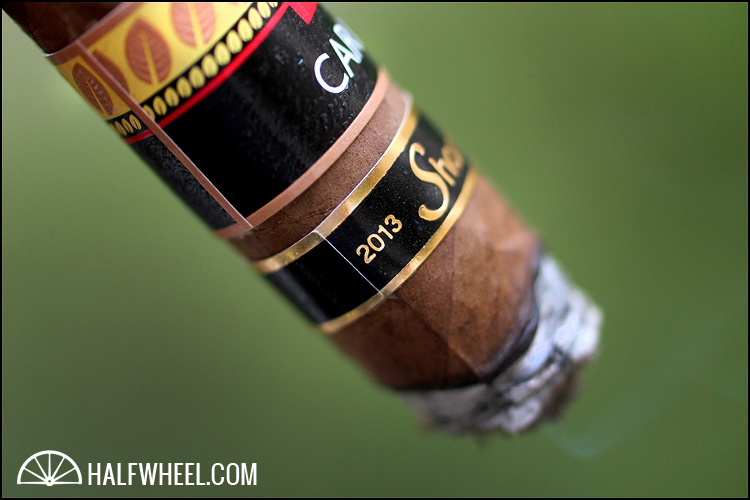 With the ash gone from the second third, the final third starts with one of the most well-rounded notes to this point, bringing all the best flavors together in measured quantity for a combination that is by far greater than the sum of its parts. There is a bit of warm soft pretzel, the earth note from the first puffs, a touch of leather and a decent amount of spice that come together to show off a fantastic profile, especially when smoked slow to keep the heat factor at a minimum. It has a much fuller body than it did in the first third, and the pepper isn’t as in-your-face as it was at the start yet has become a significant component to the overall flavor. The draw is about as ideal as I could ask for, the ash remains tight and strong, and as long as the heat is kept to a minimum, the E.P. Carrillo Short Run 2013 Robusto enters the final puffs clean and full of flavor until starting to come slightly out of balance at the very end. 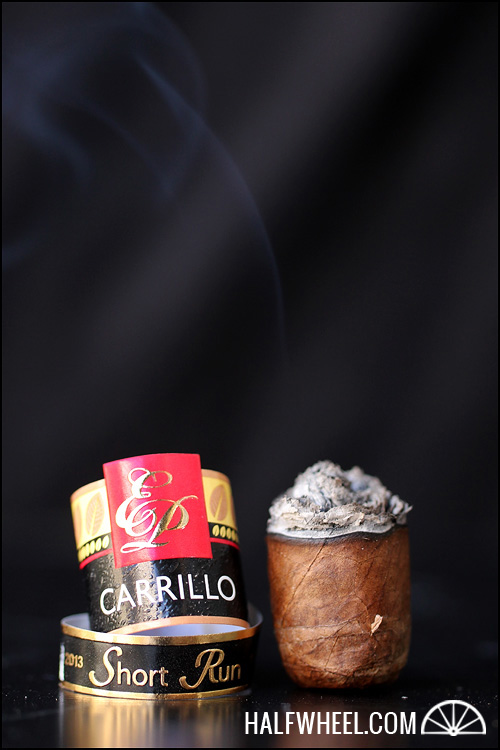 This might very well be the best cigar I've smoked this year – it starts strong, dials itself in quickly, evolves into a distinctly mellower middle third and then reaches new heights in the final third before coming in for an overall smooth landing. There is enough strength, enough complexity and enough transitions to keep demanding cigar smokers more than satisfied and engaged, and all of this in its smallest vitola. Don't miss the E.P. Carrillo Short Run 2013 Robusto – it's a real winner.