Two years ago E.P. Carrillo released a well-received cigar called the INCH. Saying it was inspired by customer’s request for larger ring gauge cigars, Ernesto Perez-Carrillo didn’t want to do a line extension of his current production, so instead blended something new fit for the larger format.

Since 2010, the company has created a limited edition run of cigars, largely based off current production cigars aptly known as the Short Run. The cigars normally appear on shelves early in the year and carry a secondary band.

This year E.P. Carrillo took the INCH, tweaked the binder and wrapper and created the INCH Short Run 2014. We covered the details in a news story back in December.

It is offered in the same three sizes as the original INCH line. 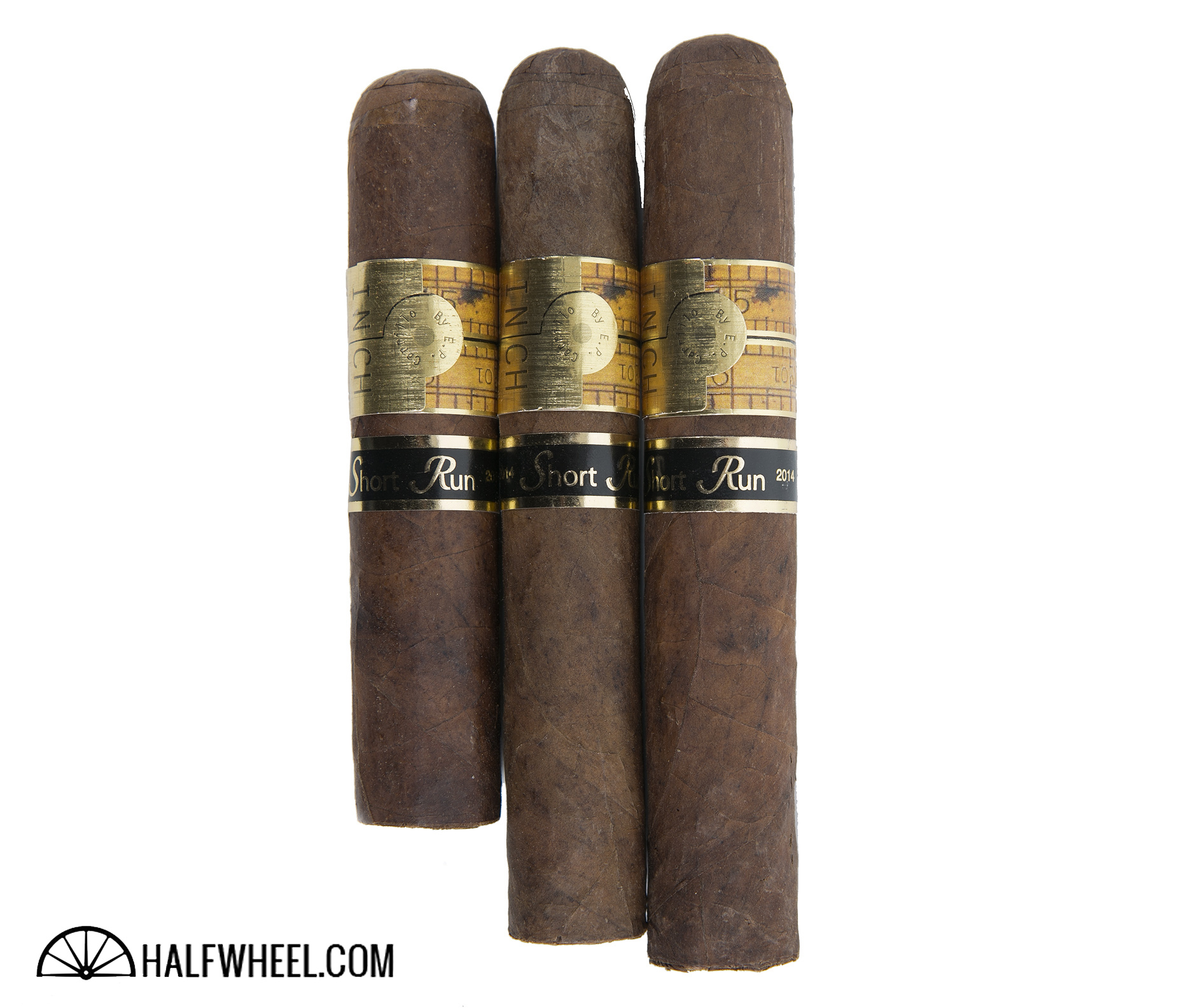 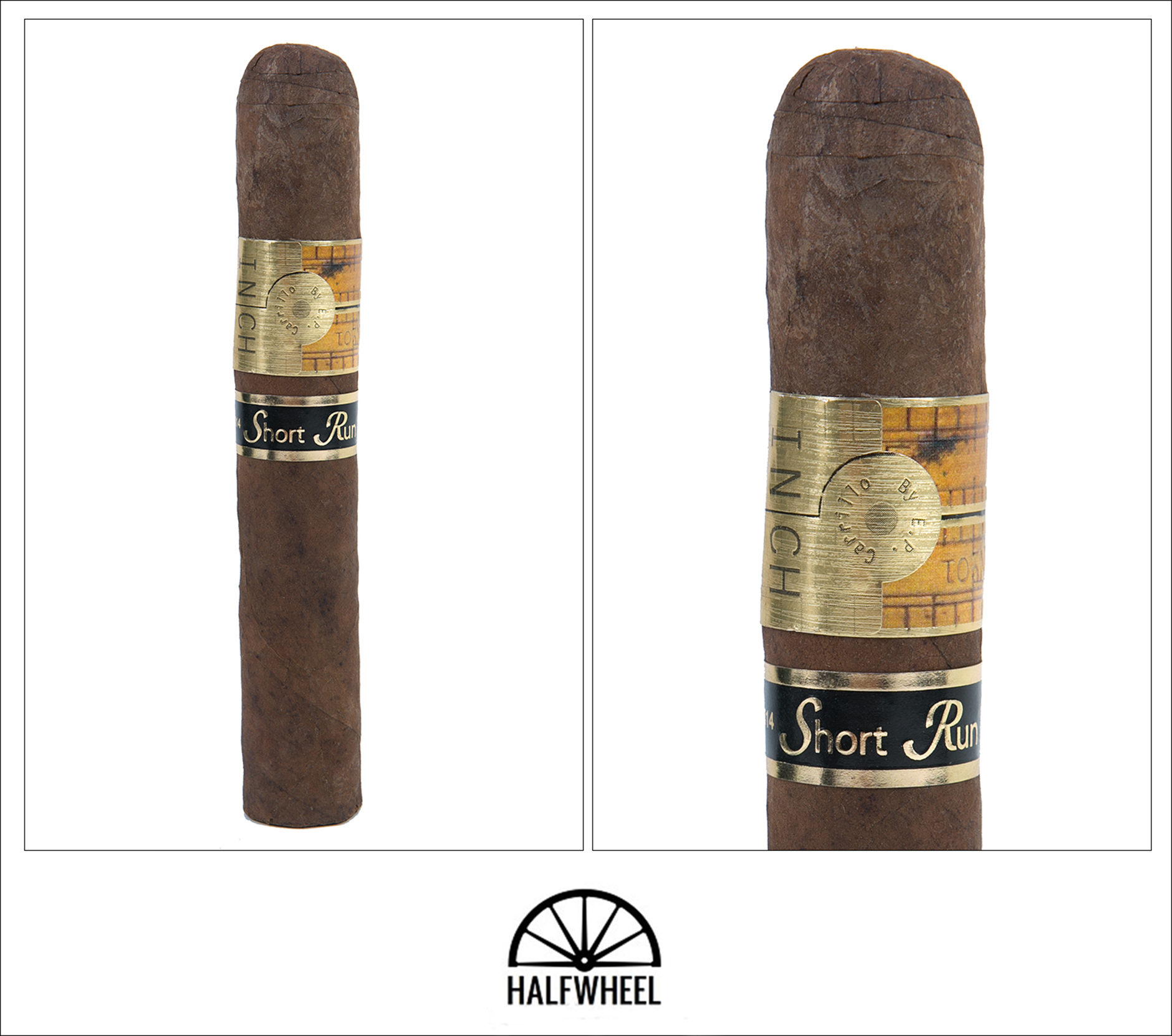 The INCH Short Run is a hefty cigar, though with so many other large cigars on the market now, it isn’t a cigar that looks overly large to me. The wrapper is a medium brown that isn’t necessarily rough itself, but shows every bump of the binder underneath. It has a soft, slightly oily feel to it and there is a slight give to the cigar without any specific spot being too squishy. Aroma-wise there is barnyard and citrus while the cold draw consists of cocoa and graham cracker notes, with a few spice notes sprinkled on top.

The first third starts out woodsy and earthy with a touch of spice to the profile. Though the burn started out perfectly even it quickly became quite wavy. The draw is open but not to the point of being loose. There is plenty of smoke however and the ash holds on easily to an inch. After correcting the burn earlier it is staying nice and even now. The profile continues with major earth and wood notes though the spice is growing into a deep, rich note that works well with the other two. 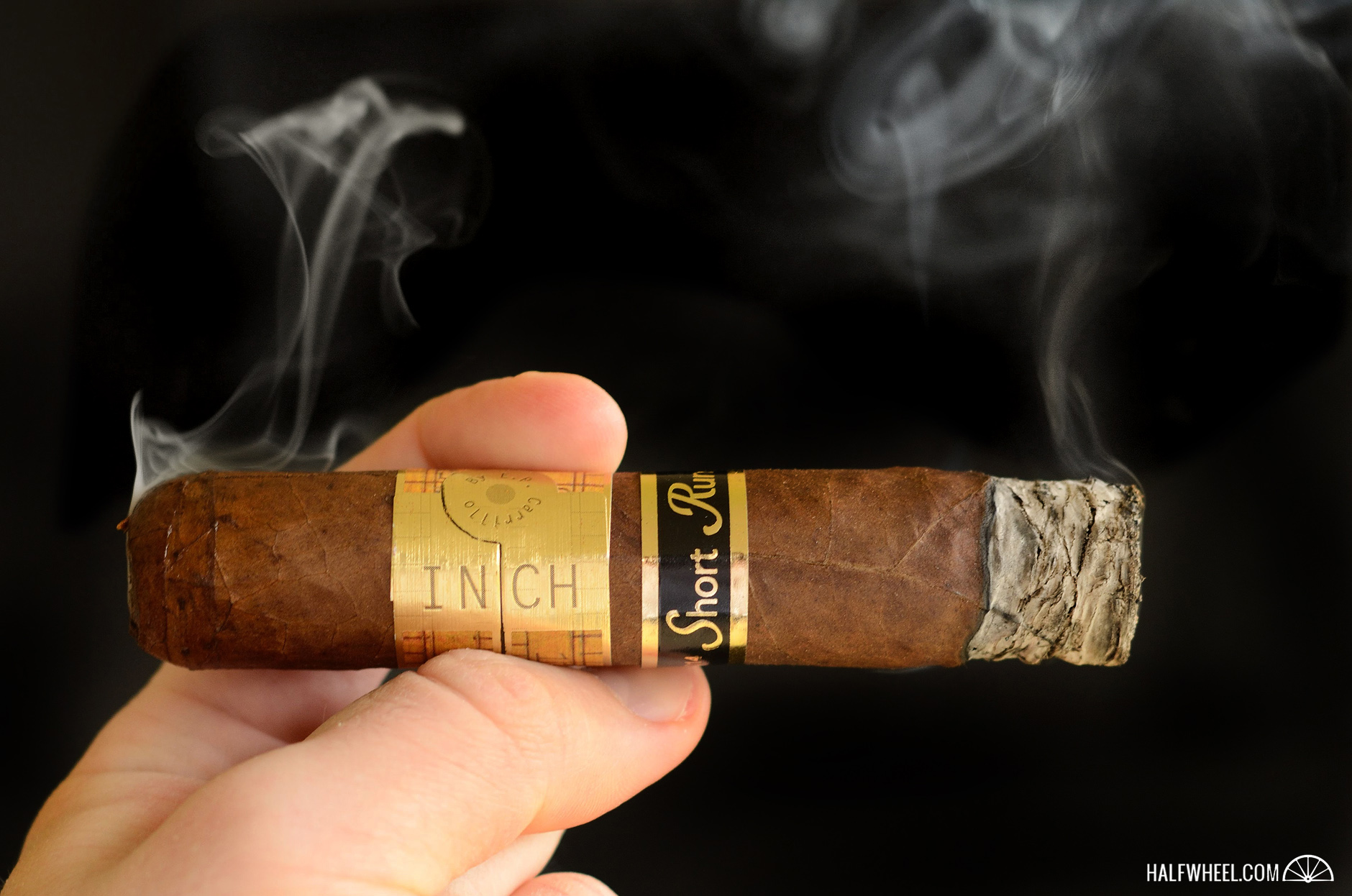 The second third sees more of the rich spice, earth and wood notes with an added toast note sitting in the background. While I thought the burn was going to stay even, there is a section that has kind of lagged behind the rest and needs me to help it catch up. The ash is still holding to about an inch but is a little flaky. In the last little bit of this third the INCH Short Run has started to get a little bitter, though not overwhelmingly so. 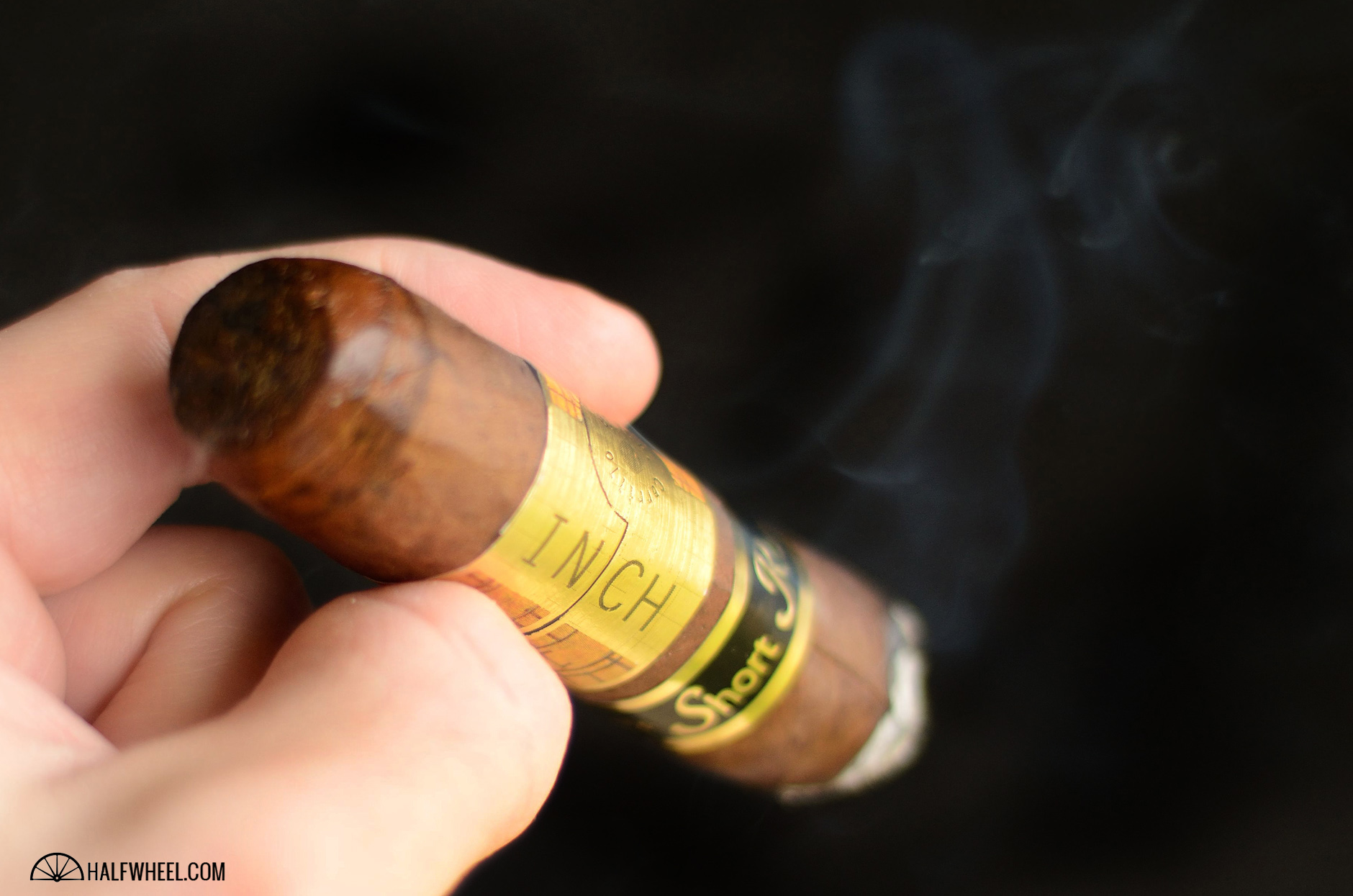 It is more of the same in the final third, with the earth and wood notes still dominating the profile, though the spice has faded into the background. More touch ups are needed to keep the E.P. Carrillo burning right, which might account for the bitterness that keeps rearing its head. With about an inch left to the INCH the profile has deteriorated, though not completely, with an overall bitterness masking most of the earth and wood notes that were so dominant throughout the majority of the cigar. 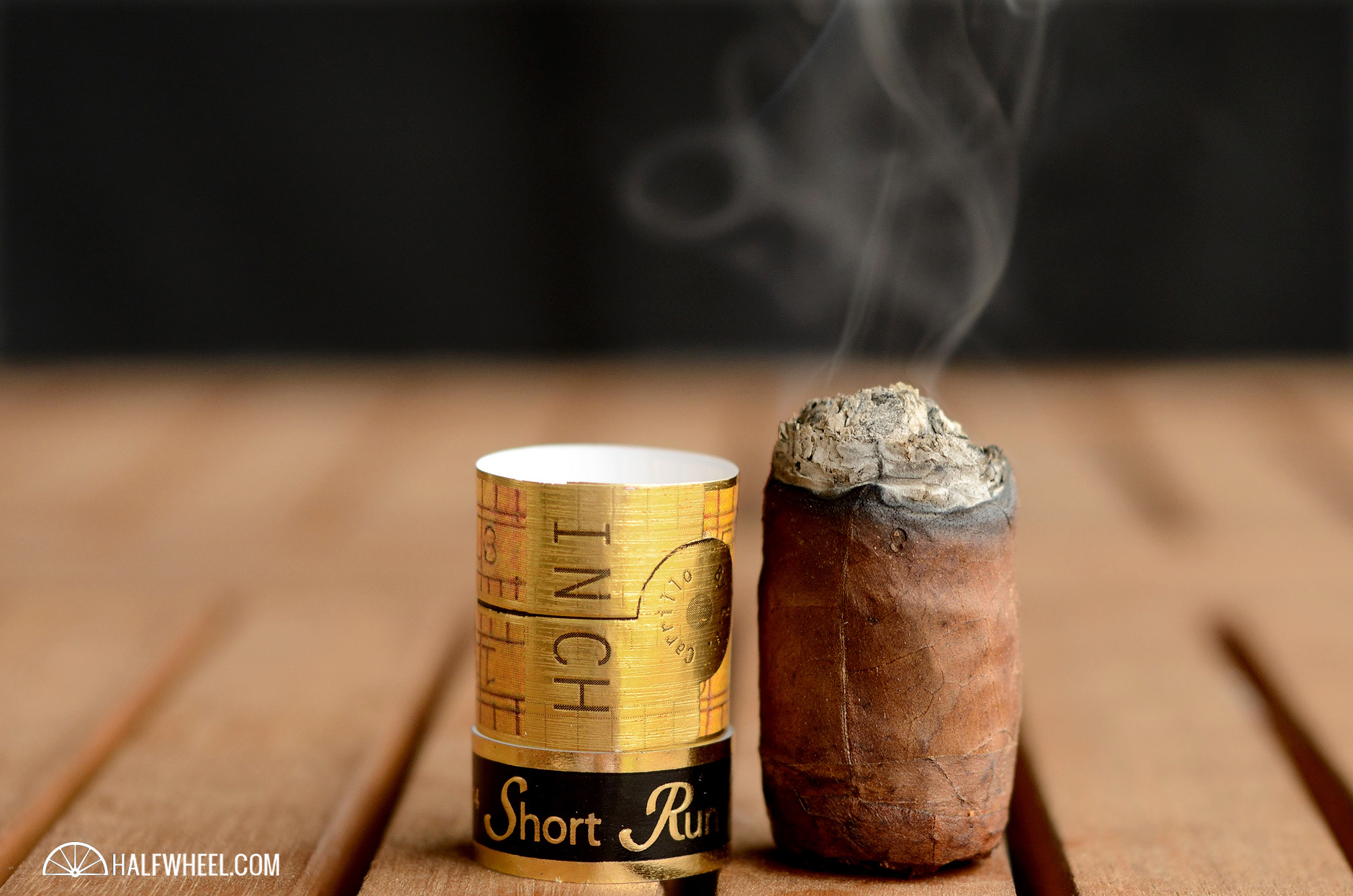 The E.P. Carrillo INCH Short Run was a decent cigar. For the majority of the time the earth and wood dominating the profile was enjoyable, if not all that exciting. The rich spice note that ramped up early on was sorely missed in the last half of the cigar and the bitterness that showed up in the end was slightly disappointing. While the overall construction of the cigar was good, the minor burn issues did pose a slight annoyance. I’m not sure it is a cigar that I would seek out myself again, largely due to the size, but the flavor is one that I can recommend trying.