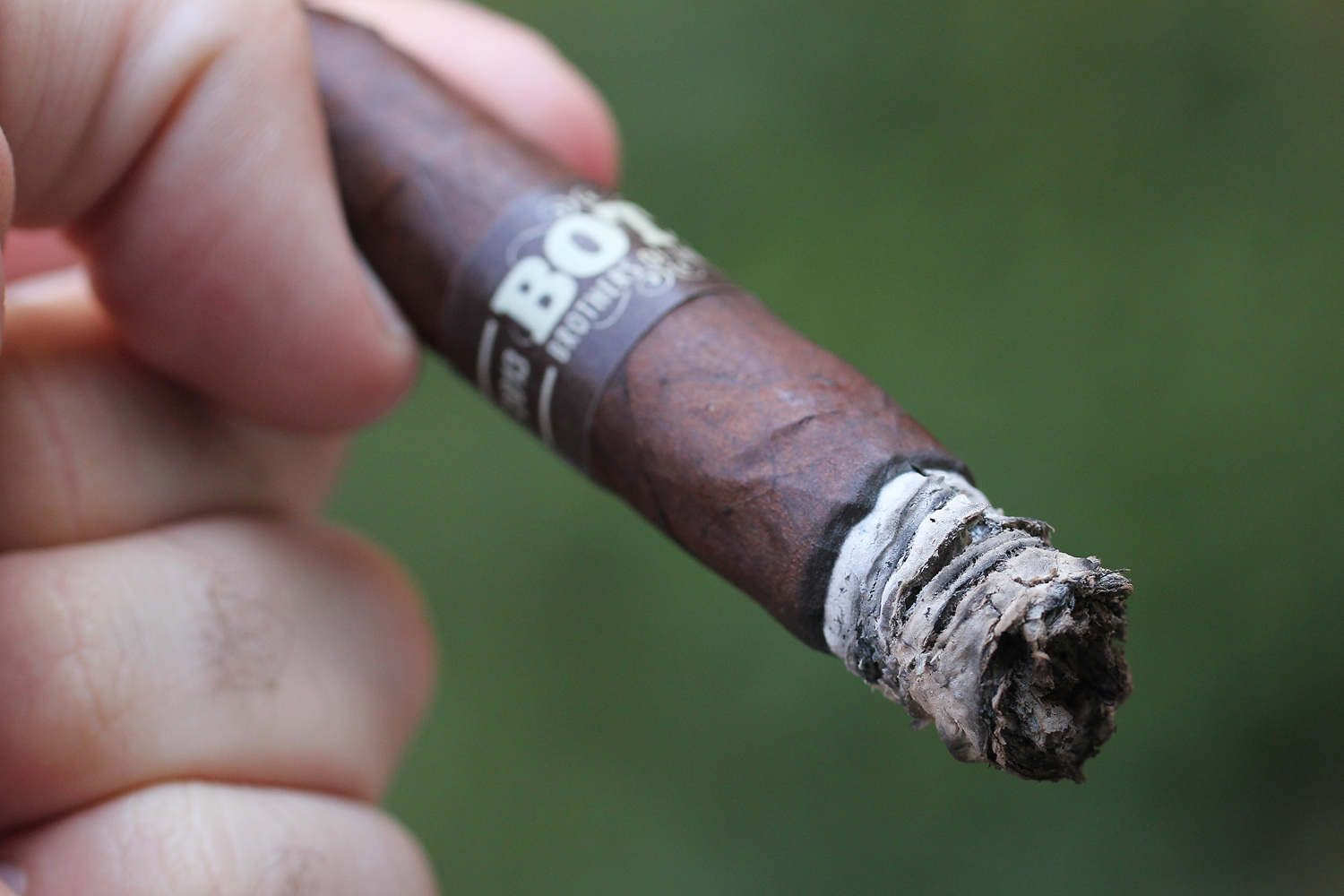 To say that the BOTL.org cigars have become a phenomenon in the online cigar world would be a bit of an understatement. In an era of limited releases from nearly every cigar manufacturer that often sit on shelves for weeks if not months after their release, the BOTL.org sticks literally fly out the door as soon as they are released.

Debuting in 2010 as a project between the online cigar forum BOTL.org, which stands for Brothers of the Leaf, and Abe Flores’ Pinar del Rio (now PDR Cigars), the first batch of cigars were originally released at Burning Leaf Cigars in Plainfield, Ill. Like the subsequent releases, the initial batch was small – just 200 boxes of 20 cigars for a total run of 4,000 cigars.

After a year off in 2011, the BOTL.org cigars returned in 2012 with a new manufacturer and new retailer, Drew Estate the former and Tim Podwika, a former employee of Burning Leaf and owner of the recently created PodmanCigars.com the latter.

Podwika tells the story of how that 2012 BOTL.org cigar came about:

There had been chatter about the cigar for some time before its release, mainly because it was tied in with news of several other upcoming Liga Privada releases. It wasn’t until May 2012 that it was announced that Drew Estate would be making the next BOTL.org release, and when that announcement was made, the buzz around 2012’s release intensified, and with just 3,000 cigars to go around the demand for them was fierce.

With the Drew Estate BOTL.org 2013 selling out in just under three hours, BOTL.org’s administrative team arranged for a second release from Drew Estate this year, a new 5 1/4 x 42 Corona vitola that became the fifth BOTL.org release. Like the previous two Drew Estate productions for BOTL.org, the Corona uses a Connecticut Broadleaf wrapper, Ecuadorian Connecticut binder and Nicaraguan filler. There have been reports that the wrapper used on the BOTL.org 2013 is the same as that used on the Feral Flying Pig, though we haven’t been able to confirm just how identical it is.

The filler is also notable, as Nicholas Melillo, Drew Estate’s executive vice-president of international operations, said that “ASP ligero is almost impossible to get and is one of the most powerful and flavorful ligeros in the world.” He also noted that the DE Jalapa ligero adds natural sweetness to the mix as well as strength.

Each of the previous two BOTL.org releases from Drew Estate have come in thick and heavy boxes, this version is no different. *According to Tim Podwika, 300 boxes were put up for sale, with an additional 500 cigars produced to be used for various other purposes.

The wrapper is a blend of dark and darker browns, with an even darker brown for the small, flat veins. It has a good bit of oily sheen and there’s just a bit of give throughout its length when squeezed. The pre-light aroma is fantastic, loaded with a bright grape jelly note, wheat toast, damp manure, tree bark and a bit of beef jerky. The only thing lacking is a noticeable amount of spice or pepper, and it’s not to be found on the cold draw, either. There isn’t much resistance on the cold draw as the air moves freely and carries subtler versions of the flavors above.

The cigar comes out of the gate swinging with a medium to full bodied smoke that is peppery, bright and tangy, going right at the front of the tongue and producing lots of smoke, while some of the excess pepper carries over from the smoke and makes a run for the eyes. The flavor profile turns just a bit before there’s even a half an inch of the tight, bright white ash showing, as the cigar picks up a slight note of chalk and earth. Much like the rest of Drew Estate’s products, the Drew Estate BOTL.org 2013 Corona puts off a good amount of smoke both while being puffed on and while at rest. The ash holds on very well and the burn line is straight and sharp in the early goings. It continues to offer a tight flavor profile in the second third with meaty steak notes standing out. The Drew Estate BOTL.org 2013 Corona isn’t overly peppery but is big in flavor, and unless you are an absolute pepper fiend you won’t find yourself missing it. A note of leather joins the equation at the midpoint and furthers the flavor progression of the cigar, while a touch of rich, syrupy sweetness comes along to thicken the flavor profile and add even more complexity and balance. The draw, burn and smoke production remain about as perfect as you could ask for, with the complexity, balance and flavor transitions making for an incredibly enjoyable smoking experience. The cigar keeps its core flavors but adds a sauciness to its underlying texture giving the smoke a rich feel in the mouth. While the cigar hasn’t been overly spicy or peppery up until this point, some notes of peppercorn start to come out and kick the pepper component up to a level that it hadn’t been at previously. An additional touch of sweetness comes along in the final puffs that guides the Drew Estate BOTL.org 2013 Corona to its natural conclusion, which happens pretty far down as the heat never seems to become an adverse factor. Every once in a while cigars come along that just do everything right: they burn well, they're the right size, and most importantly, they offer incredible tastes and smells. The Drew Estate BOTL.org 2013 Corona is one of those cigars. From the time you take your first whiff of the unlit foot until the last possible speck of tobacco is burnt, this cigar delivers. It's complex and balanced with a steady stream of delicious notes that never overstep their bounds or overstay their welcome. This is simply a fantastic cigar that earns Tim Podwika and the Drew Estate team my kudos. If you have some, savor them; if you don't, find a way to get some.