Last year, Davidoff decided to use the Chinese zodiac calendar for inspiration for its annual limited edition series. The 2013 release was the Year of the Snake and the release for 2014 is the Year of the Horse. Each release was also accompanied by accessories featuring the artwork and symbols of each respective sign.

We posted the press release showing off the Year of the Horse accessories, which include a lighter, a round punch cutter, leather cigar cases, ashtrays and of course a humidor. While the humidor is quite beautiful, the box the cigars come in is an absolute work of art. We got our first chance to see the cigars at IPCPR 2013, although it still was not described as final. 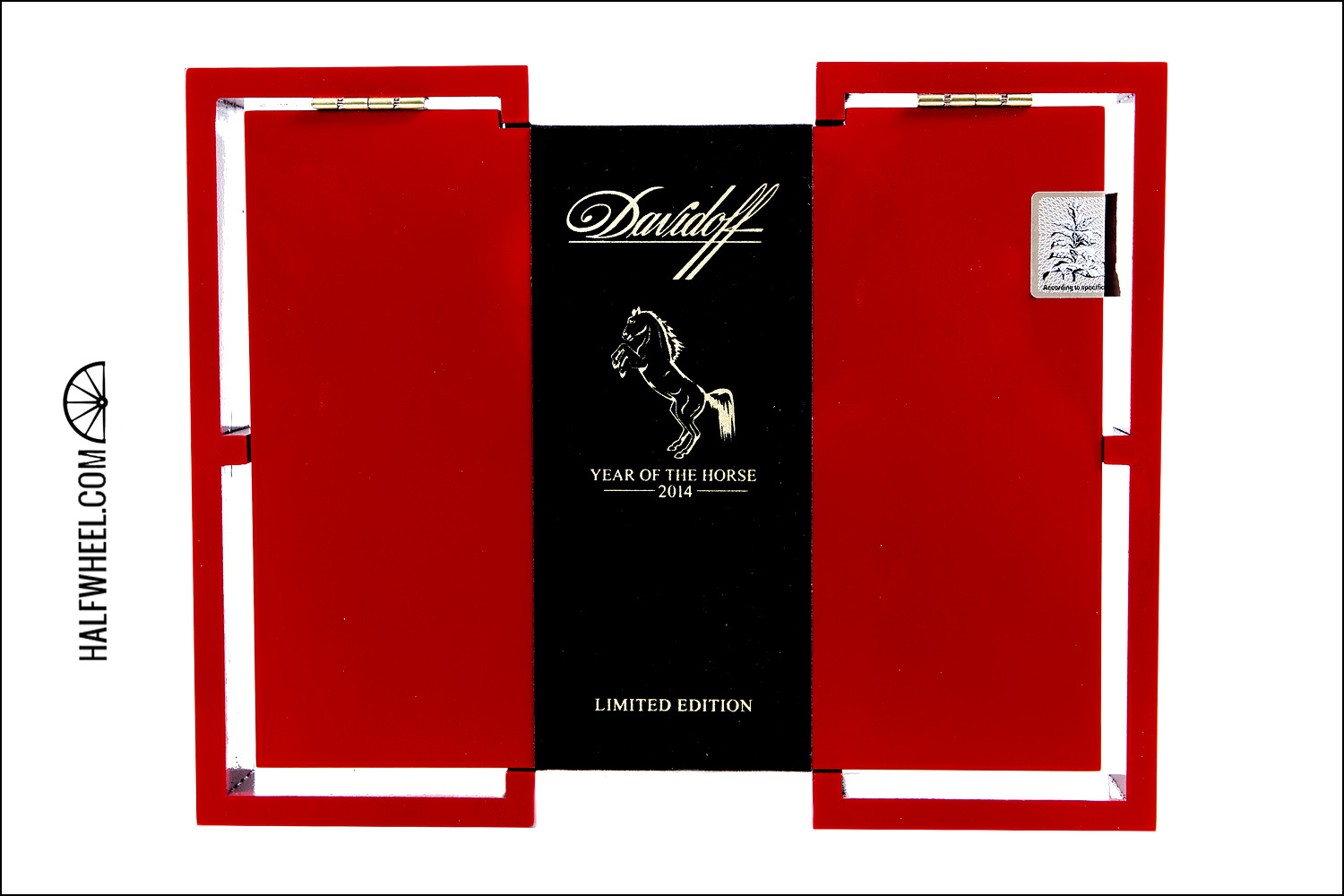 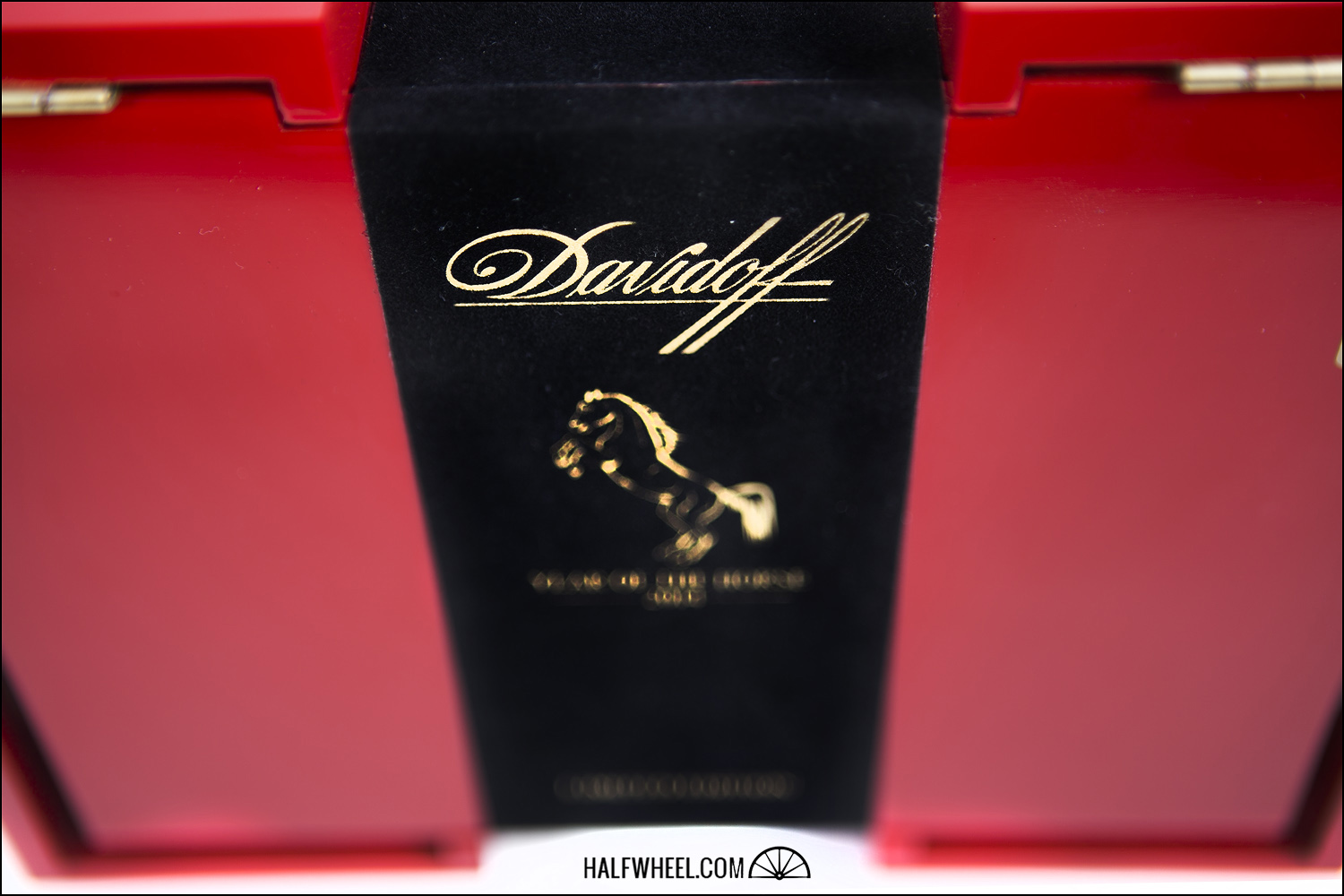 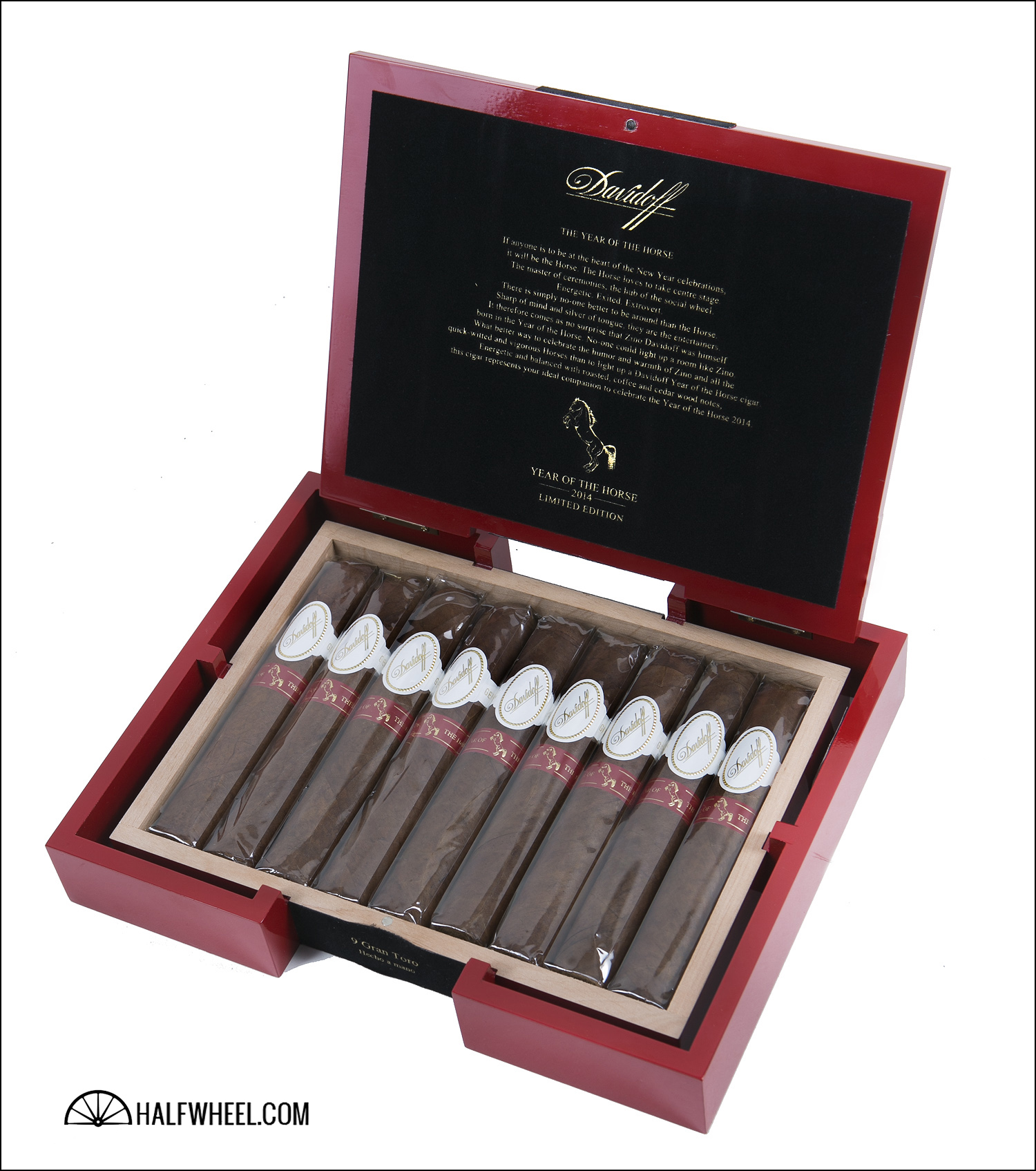 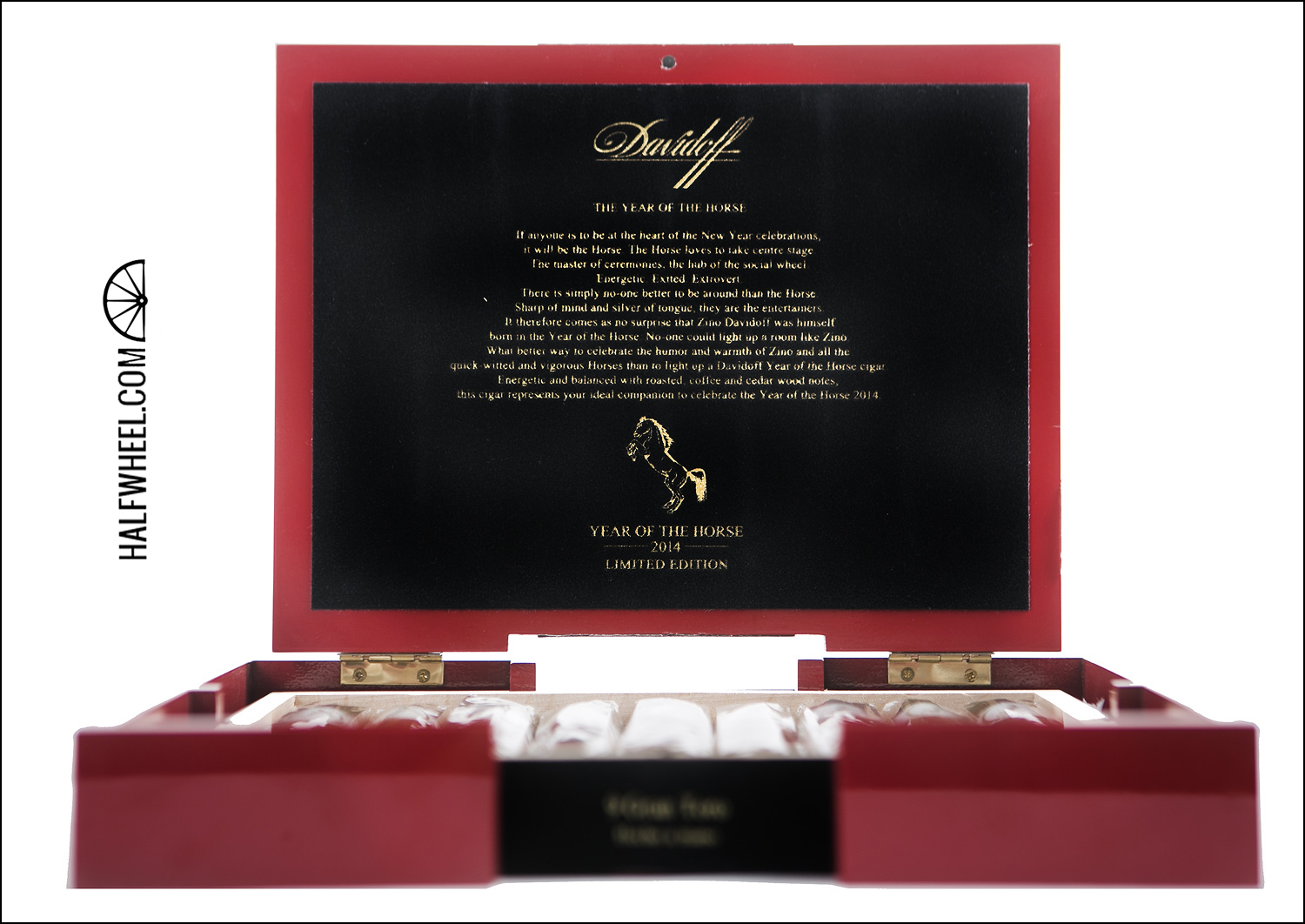 The two cigars released so far are: 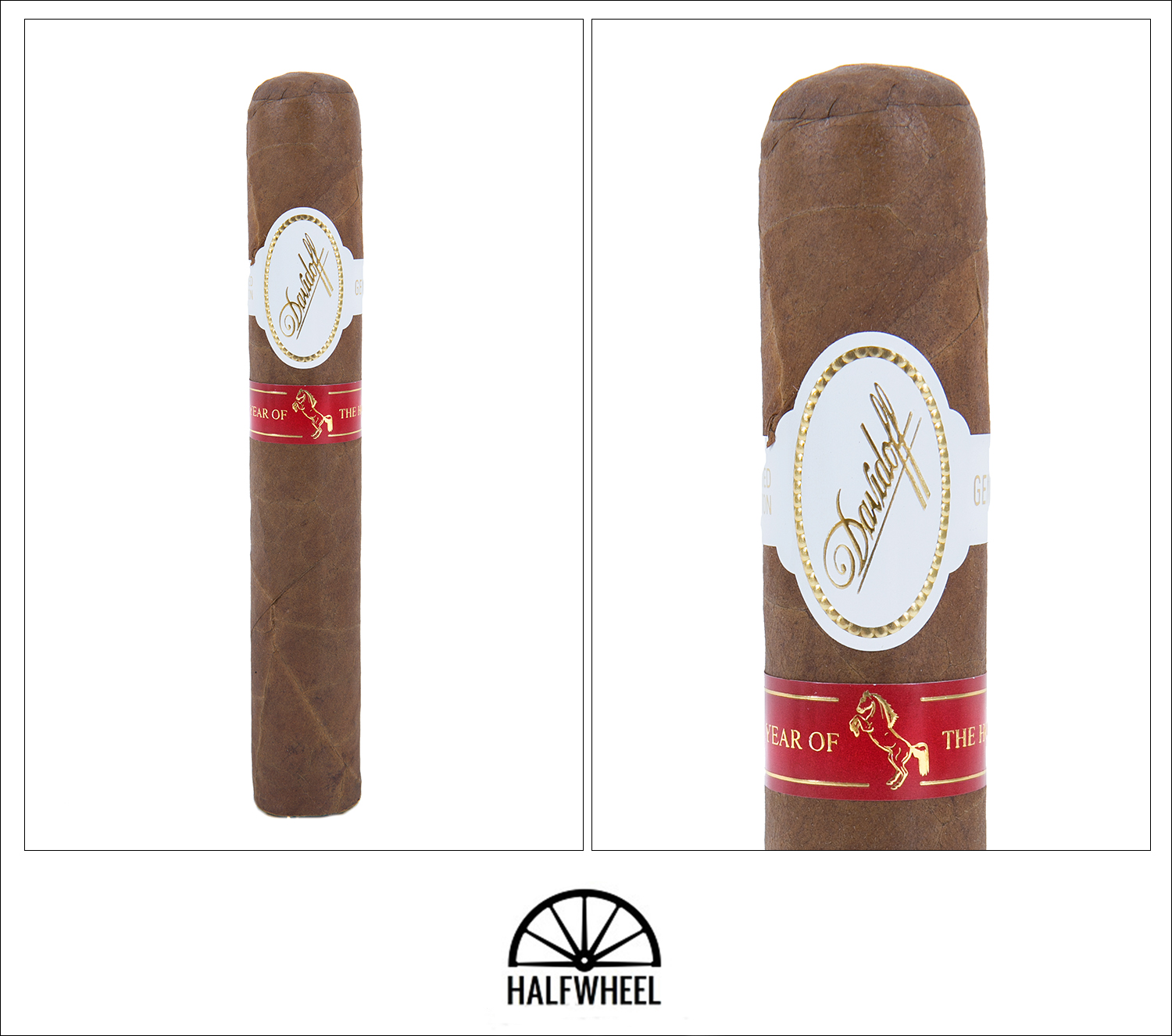 The Year of the Horse has a beautifully even, medium brown wrapper. It’s very smooth with no veins or seams to speak of and a slight oily feel to the wrapper. The cigar has the slightest bit of give without any soft spots, just enough to not describe it as hard, but a very solid cigar. The classic white and gold Davidoff band is complimented nicely by the secondary dark red and gold band featuring the cigar’s symbol, a rearing horse. The aroma off the wrapper is a bright barnyard note and fresh cut hay with the slightest hint of dried fruit and vanilla. A surprising amount of white pepper on the cold draw almost overwhelms the fruity and slightly floral notes that are hopefully telling of the flavors to come.

Starting into the first third there is significantly less pepper than I was expecting, in fact little to none, and a very strong fruity profile with hints of banana. There is also a rich spice and a bit of toasted marshmallow rounding out the overall profile nicely. The draw is a little loose and because of that the smoke production is kind of low. Dark gray and white ash holds on to well over an inch. A number of small touch ups are needed to coax the cigar to burn evenly. Flavors continue to be an enjoyable mix of spice and a light fruitiness, though a little pepper has started to creep in around the edges. 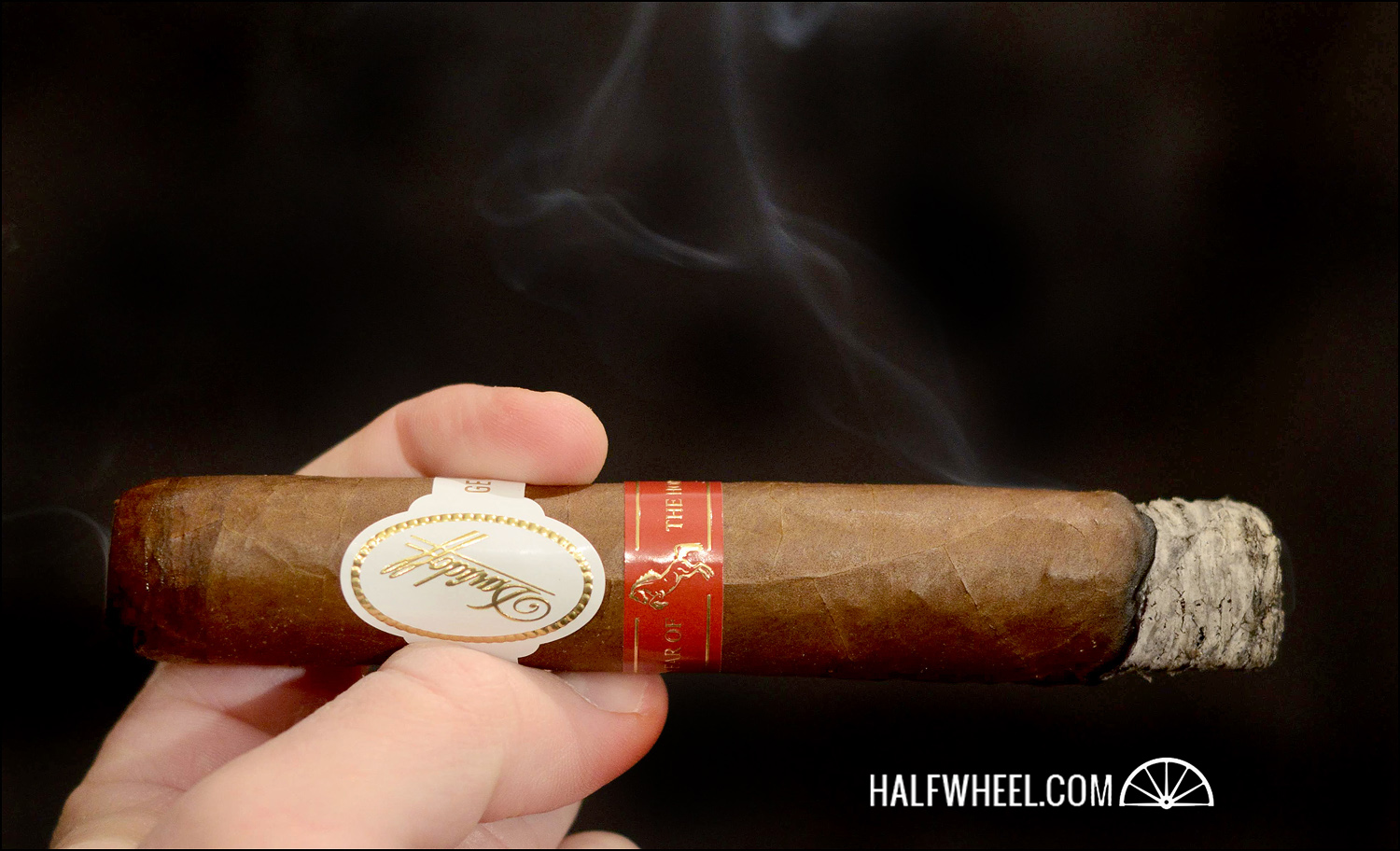 Moving into the second third the Year of the Horse is still plagued with slight burn issues causing me to have to do many small touch ups here and there. Flavors are still consistent, with more tantalizing spice and some cinnamon, a hint of cedar and more bright fruit notes. Draw continues to be a little on the loose side, but smoke production has increased. Retrohaling brings the pepper towards the front, though it’s quite smooth and I’m able to retrohale a surprising amount of smoke without any burn. 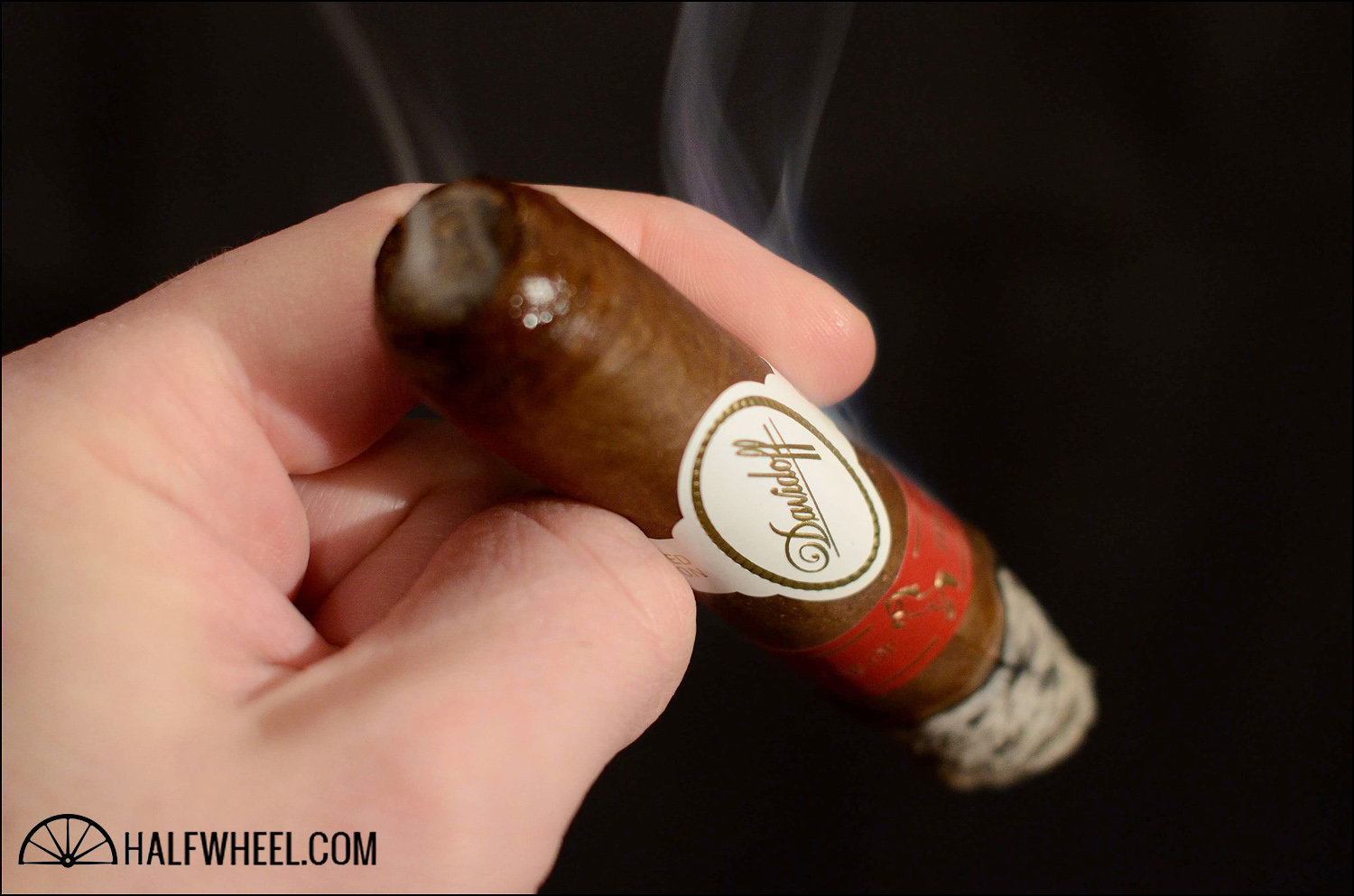 The final third sees a little harshness introduced to the profile. Despite that the rich spice from earlier, cedar and some new light roast coffee notes are still strong enough to shine through. Smoke production continues to increase a little despite the loose draw. Surprisingly enough the final third has finally seen the cigar’s burn even out and not require any touch ups through until the end. 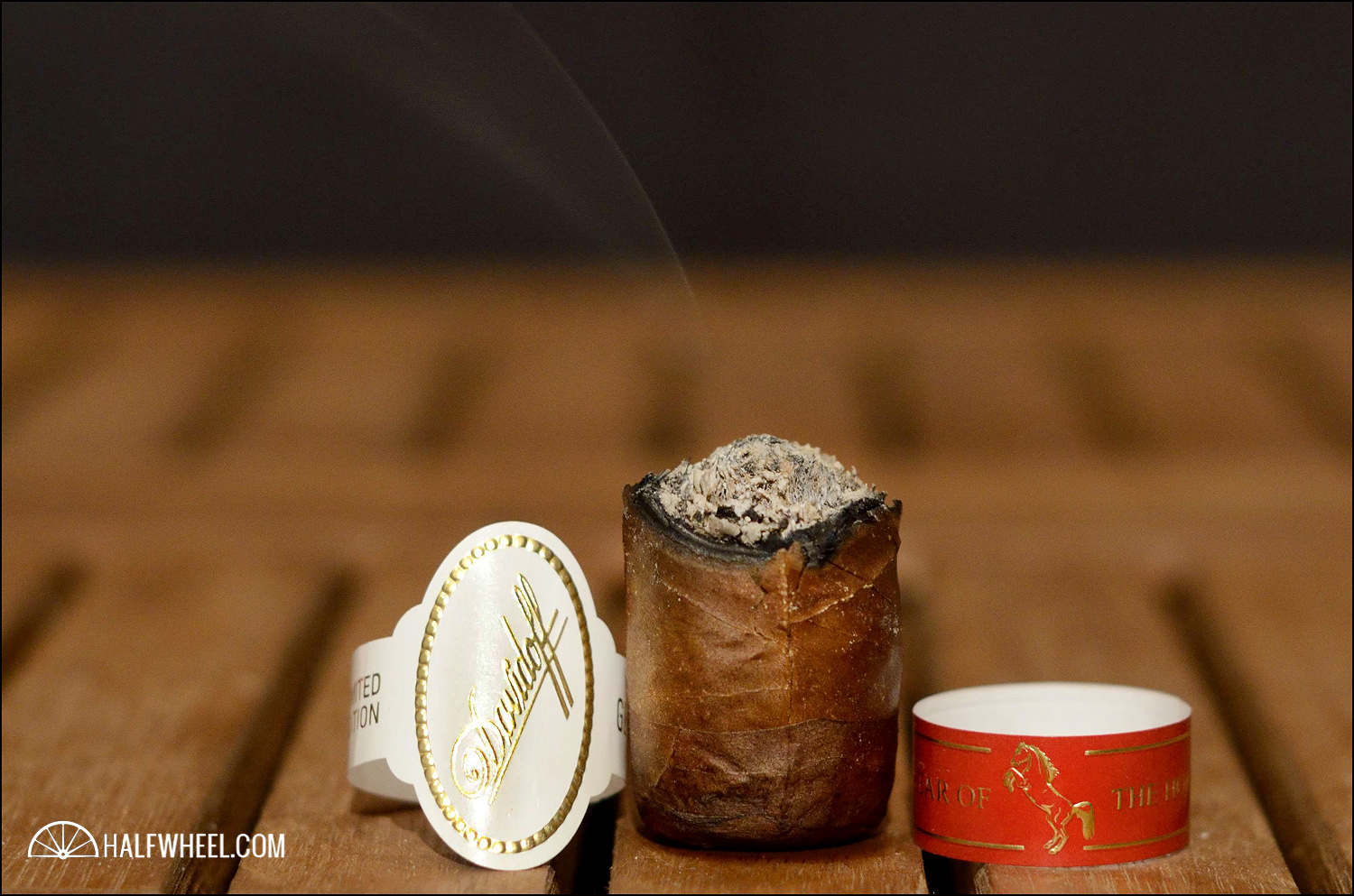 While my experience with Davidoff cigars tend towards mild to medium bodied profiles, the Year of the Horse was a pleasant surprise. With a full-bodied profile and placing the cigar at medium strength, the cigar really showed off what kind of quality tobacco Davidoff has to offer. Unfortunately with some slight burn issues and a little harshness in the final third the cigar fell short of what I really think potentially could have been a stellar cigar. While a $31 cigar isn’t something that I would buy or smoke very often, I still think that the cigar is something special enough that I’d be interested in picking up another one or two that I could let rest for a redux later on. With our scoring guidelines, the following score is essentially a suggestion that a full box purchase is warranted. I know the price is steep though, so if you happen across any Year of the Horse you would be doing yourself a disservice if you didn’t at least pick up one to try.