Ask any Davidoff smoker to name classic cigars from the Swiss company and eventually you are going to stumble across the Diademas Fina. The 6 3/4 perfecto was one of three cigars created to celebrate the 100th birthday of company founder Zino Davidoff.

While the blend created by Henke Kelner and Eladio Diaz was never disclosed, there was most certainly some Dominican tobacco in it and there probably wasn’t much, if any, Nicaraguan tobacco. That’s because it was 2006, seven years before Davidoff would introduce the world to Davidoff Nicaragua, the company’s first major foray into blending with Nicaraguan tobacco.

The Davidoff Nicaragua debuted last year in three sizes, made at Cigars Davidoff by the aforementioned team of Kelner and Diaz, using a variety of aged Nicaraguan tobaccos. At last year’s IPCPR convention and trade, the company announced a Belicoso would be offered, sold only in a limited edition humidor. Earlier this year, a perfecto emerged, the next cigar in the line. Davidoff will formally unveil the Nicaragua Diadema at next week’s IPCPR convention and trade show and expects to ship the cigars on Sept. 1. 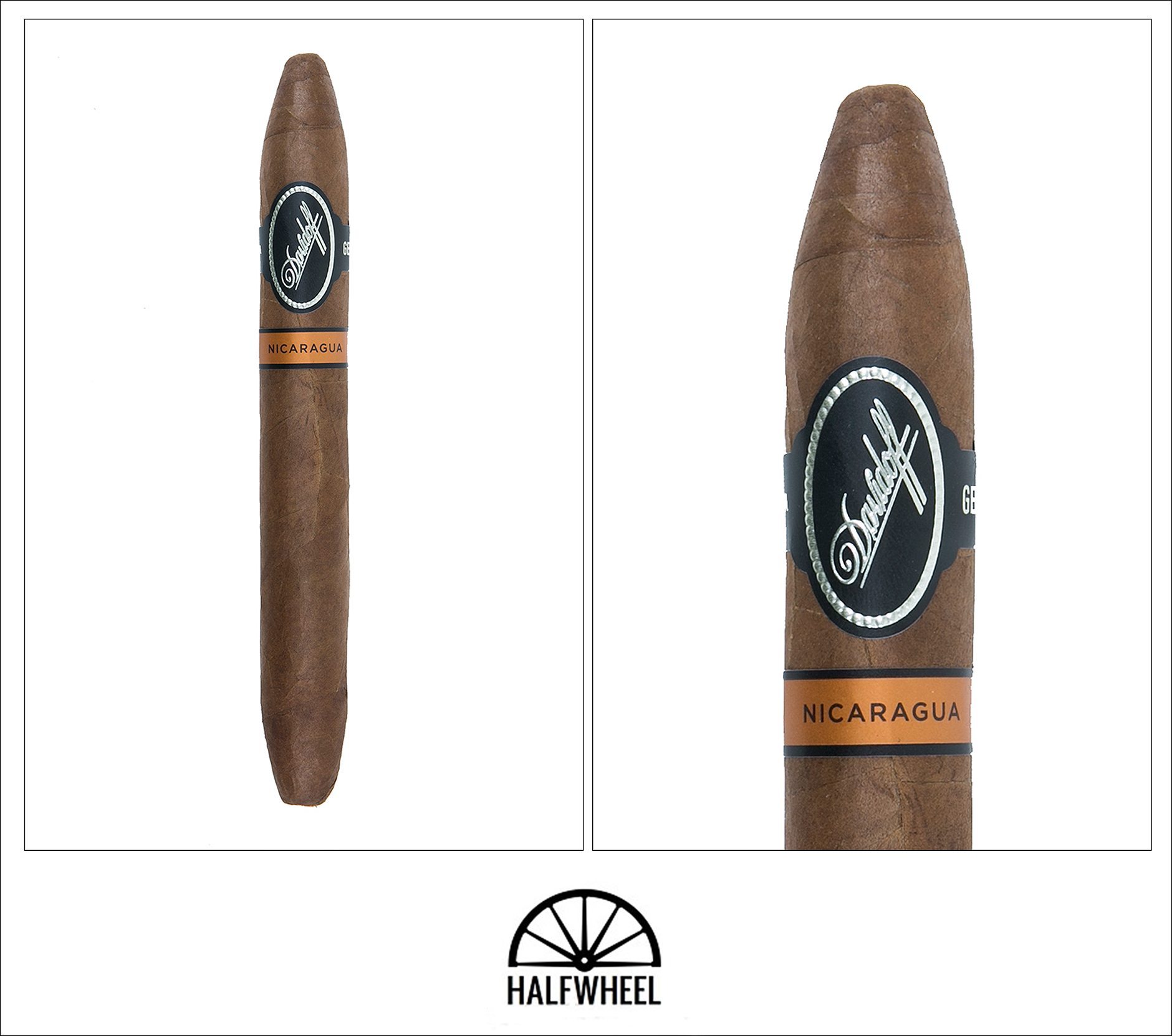 The Diadema is a unique vitola, a salomon with a molded cap that comes to a nearly flat point and an extremely angular foot. Regardless of what you think about the way the Davidoff Nicaragua tastes, each example I’ve seen looks great—the black band, orange secondary band rosado wrapper work very well together. Out of the cellophane, I pick up sawdust, touches of leather and earth; rather Davidoff-like in that is both restrained and refined while being medium. It’s hard to get a good read on the foot, but I do find a bit of sourdough bread notes, which is nice. I have no issues with tightness on the cold draw and am greeted with the signature mustiness and a black pepper, both in the medium range.

Fortunately, the musty characteristics of the cold draw never make it to the profile itself. Instead, there’s a big smooth cedar flavor that begins the Davidoff Nicaragua Diadema. It’s joined by a creaminess, earthy and nutty characteristics on the finish—all three are detailed and active well into the finish. I pick up some harshness on the tongue, the first time I’ve ever had that happen with a Davidoff Nicaragua, but the rest of the flavor makes up for it. There’s sweetness, black pepper, a familiar cedar and traces of peppermint in the mouth, while the retrohale delivers much sweeter notes, creaminess, burnt coffee and a touch of sour citrus. While smoke production is a bit anemic for the first inch, by the time the nipple has been burned through, it picks up dramatically. A pretzel flavor works itself into the second third of the Diadema, a nice surprise, but it’s overwhelmed by the musty characteristic found in so many Davidoffs. That’s hardly the end of the story as a burning cedar, mineral flavor and a jalapeño salt are all introduced. Fortunately, the profile is very active and quick to jump from one state to the other, so by the midpoint of the cigar leather had taken over for the mustiness. The burn and draw are both excellent, my only nitpicking attempt would be at the temperature of the smoke, which is getting a bit warm even without pushing the cigar. 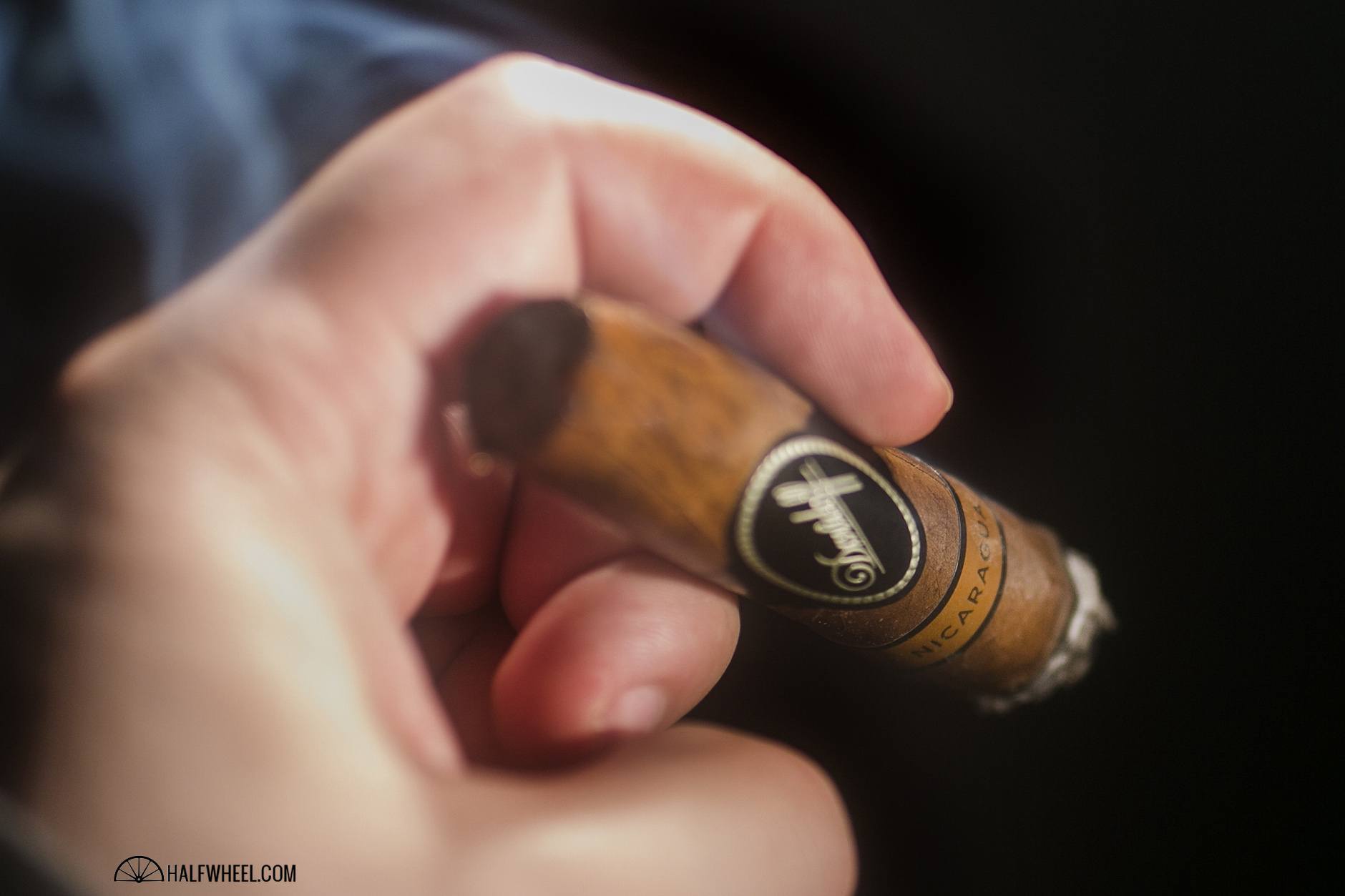 The final third of the Nicaragua Diadema begins with cinnamon, leather and a familiar peppermint. As I’ve mentioned above, the profile moves very quickly with flavors being shuffled every two puffs or so. The cedar note, which had gone away for an inch or show, makes itself known again a few minutes into the final third—similar to the smell you get when you open up a brand new humidor. While the temperature does not recede, it does not increase at all and I’m able to get past the inch mark without any issue. Is this as good as the Diademas Finas? Nope, but most cigars are not. I have found the Davidoff Nicaragua to be acceptable, but outside of the Belicoso vitola, I could never actually see myself purchasing any. It’s a decent blend, but Davidoff makes some brilliant cigars. The Nicaragua Diadema Fina is not one of those brilliant examples, but it’s a lot better than the rest of the black-banded cigars as far as I’m concerned. If you are expecting this to taste anything different from a Davidoff, you will be disappointed. If anything, this vitola of the Davidoff Nicaragua is closer to some of the company’s more notable Dominican cigars: more refined, better developed and with a balance I struggle to find in the rest of the line.