Every year since 2012, Davidoff has released a cigar based on the Chinese zodiac calendar, with each cigar named after the corresponding animal. Next year is the ninth year in the calendar, and as such, the annual limited edition is named the Davidoff Limited Edition 2016 Year of the Monkey.

The packaging materials that comes with the box has a bit more to say about this year’s release:

With a cigar in the hand and a twinkle in the eye, you won’t find a more entertaining companion to celebrate the Chinese New Year with than the Monkey.

For the Monkey, there is never a dull moment. They, like Davidoff, see time as something to be filled beautifully, and filled to overflowing. A lively and irrepressible spirit, the playful presence at any gathering.

For the Monkey’s mind is always alert and alive, curious toe see what is possible. They are clever creatures and crafty opportunists. Where they see a chance, they take it. Where they face a challenge they think their way over, round and through it.

They are simply lovable enthusiasts, eager to experience all the various flavors life has to offer, flavors which Davidoff are equally eager to supply.

There have now been four different releases in the series. As has been the case with each of the releases before it, the packaging for Year of the Monkey features the color red, a popular color in Chinese culture. However, the color is toned down quite a bit compared to past releases, and the outer shell is actually made of bamboo. 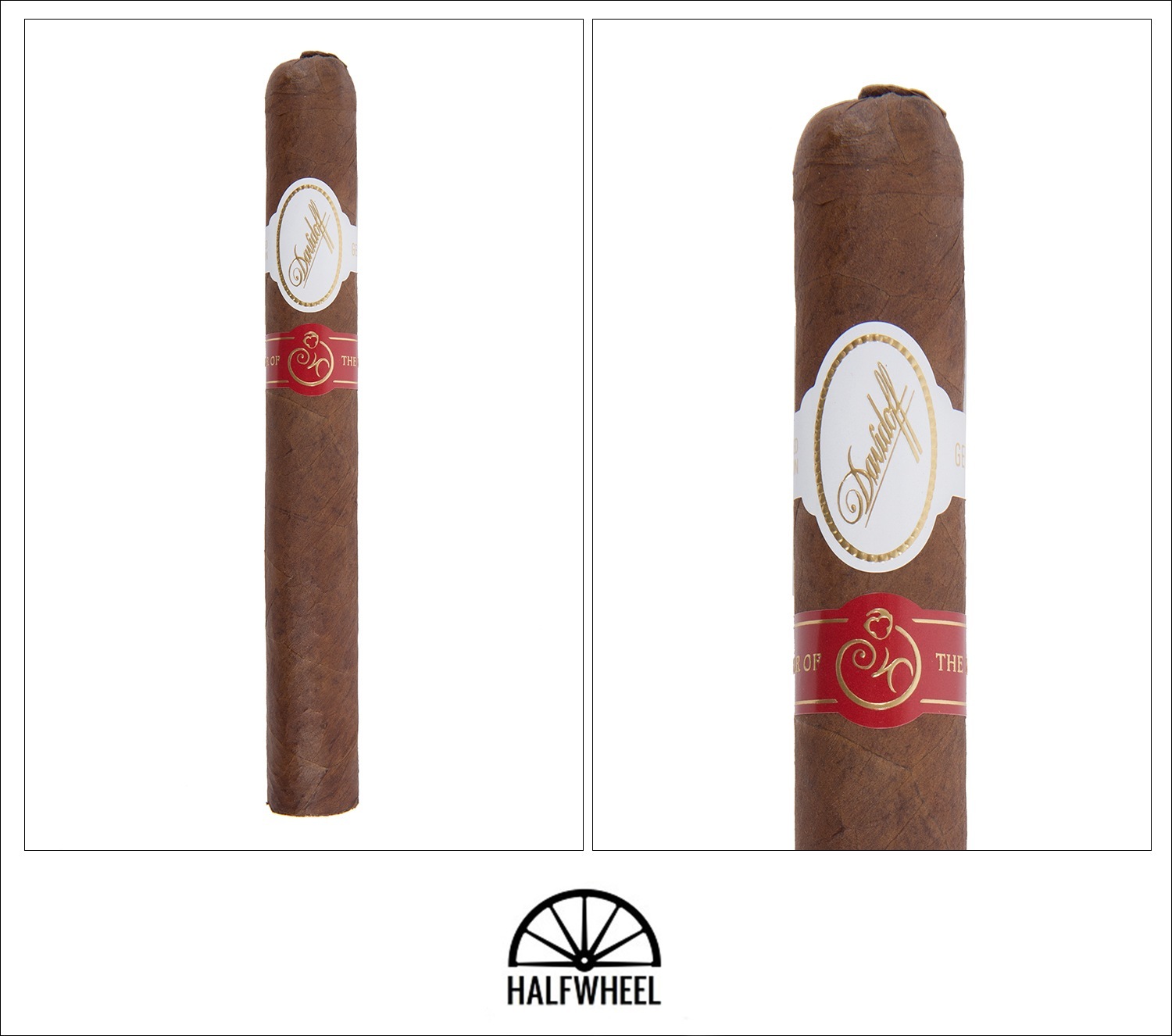 Visually, the Davidoff Year of the Monkey is a gorgeous specimen, with a rustic darkish brown wrapper that features a bit of oil and is quite smooth to the touch. While there are some obvious veins, the cigar is a touch hard when squeezed, and features a short pigtail on the cap. Aroma from the wrapper is a combination of strong espresso, nutmeg sweetness, manure, black pepper and almonds, while the cold draw brings flavors of dark fruit, creamy leather, aged oak, barnyard, cocoa and black coffee.

Starting out, the Davidoff Year of the Monkey has immediate dominant flavors of both creamy oak and earth, interspersed with other notes of bitter espresso beans, leather, hay, cinnamon, roasted peanuts and a touch of floral. Although it does not kick in until about 15 puffs in, there is a distinct caramel sweetness on the retrohale that combines remarkably well with the white pepper that is present. The draw is excellent with just the right amount of resistance for my liking, and while the burn is not totally razor sharp, it is far from needing to be touched up. Smoke production is quite dense off of the foot and the overall strength hits a point halfway between mild and medium by the end of the first third. 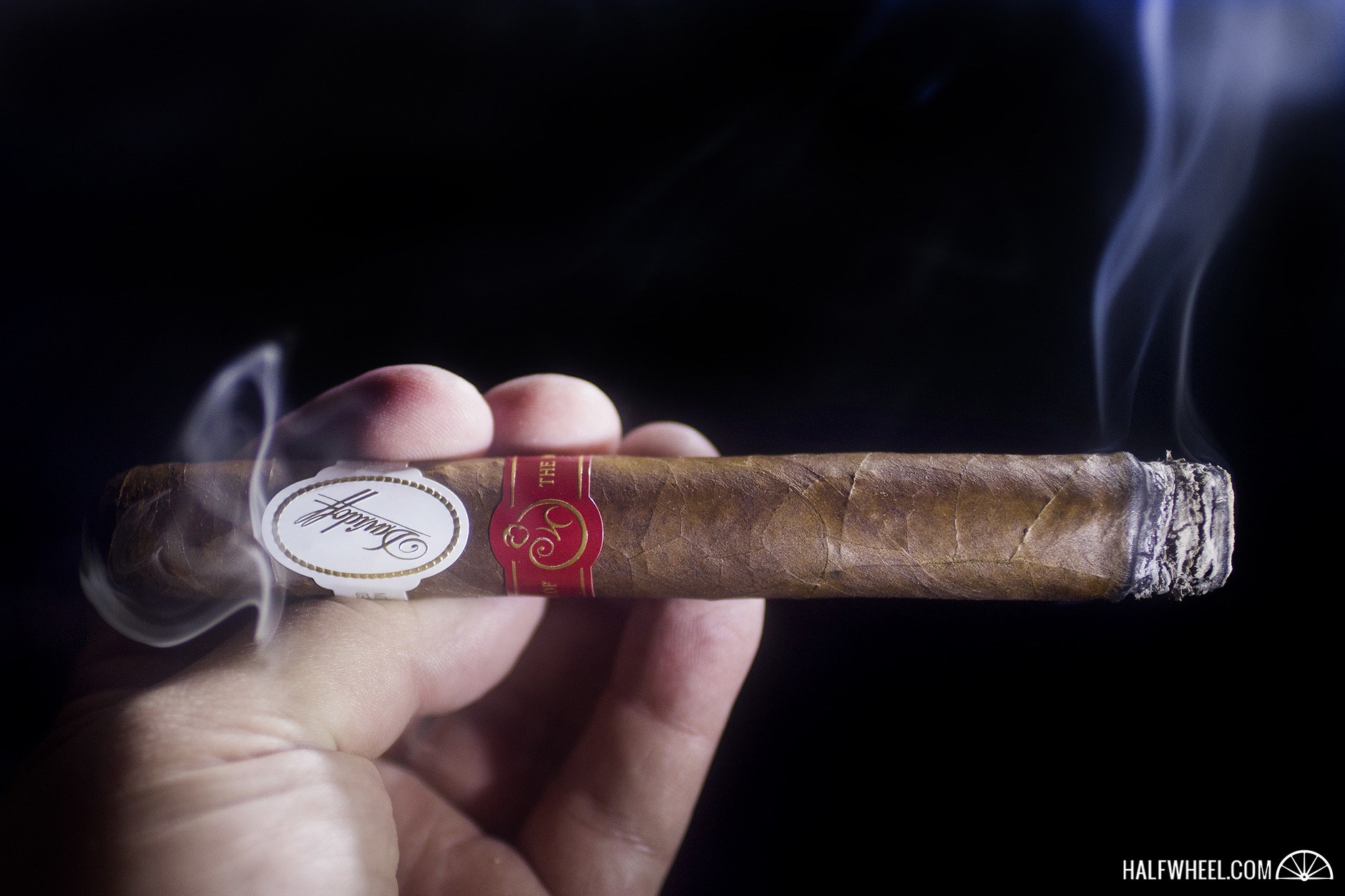 Into the second third and the Year of the Monkey retains the creamy oak flavor, but drops the earthy note that was so dominant in the first third, replacing it with a lush milk chocolate that is on the finish as well. Other flavors of cinnamon, grass, roasted nuts, coffee grounds and a touch of yeast flit in and out, while the maple sweetness gains strength, hitting its high point right around the halfway mark. Smoke production remains well above average, and although the draw continues to excel, the burn has become just a tad wavy, forcing me to touch it up once. The strength has increased noticeably, and reaches a solid medium by the time the second third comes to an end. 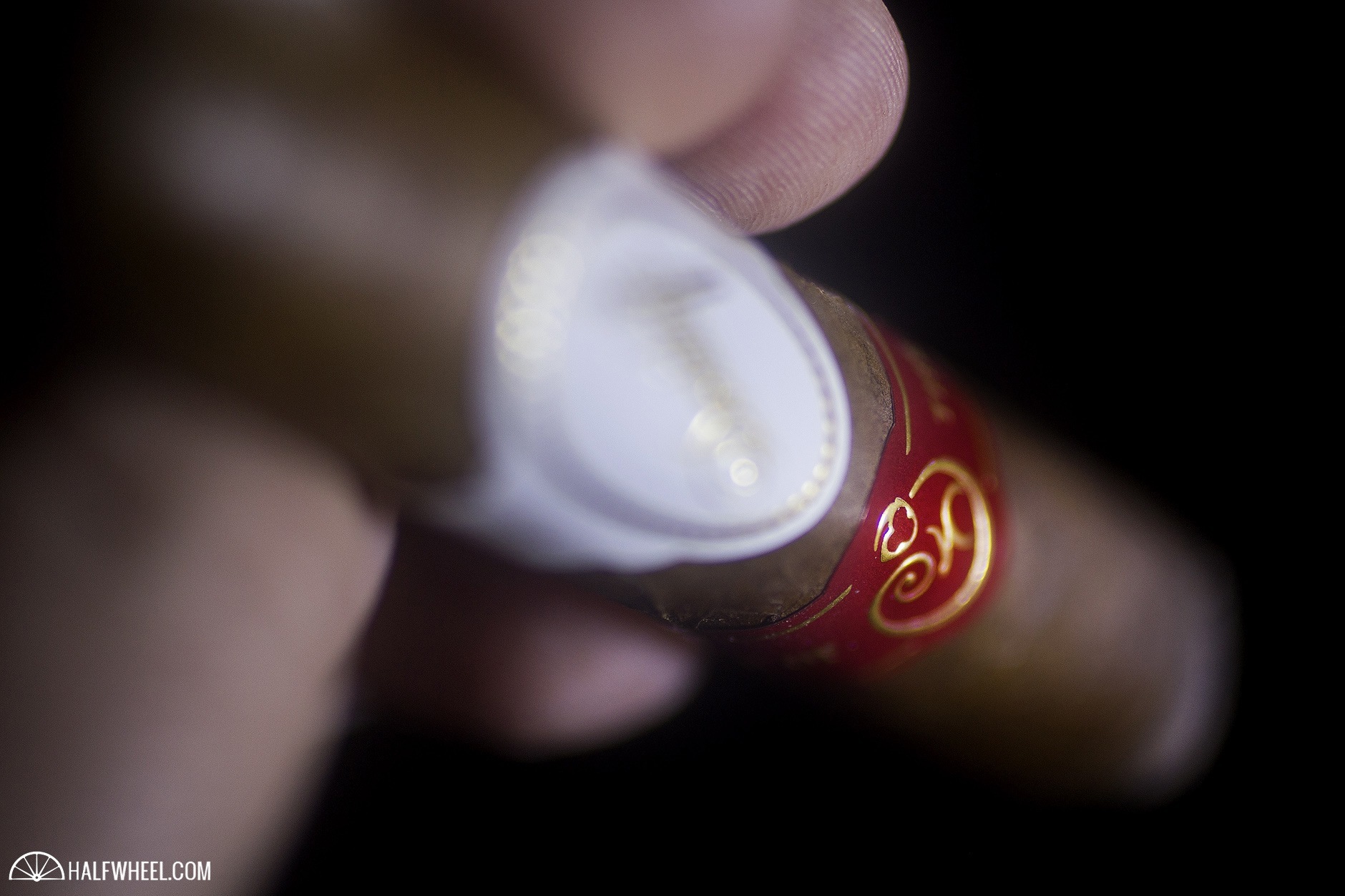 The floral note from the beginning of the cigar returns in the last third of the Davidoff Limited Edition 2016 Year of the Monkey, although it is still only present on the retrohale. The dominant flavors continue to be a combination of creamy oak and milk chocolate, with other flavors of dark cocoa, rich leather, peanuts, cinnamon, coffee beans and slight saltiness present in the profile. The maple sweetness that was so strong in the second third has receded noticeably, although it is still very much a part of the overall flavors profile on the retrohale, joining the white pepper that is sticking around as well. Construction-wise, the Davidoff’s draw continues to impress, and the burn has evened up nicely, while the smoke production remains at around the same level. The overall strength stalled at a solid medium, and goes no further before I put the nub down with about an inch to go. I have smoked each of the previous limited edition zodiac releases from Davidoff and while all of them have various characteristics in their favor, none of them have blown me away. The Year of the Monkey comes closest so far, with a decently complex profile, excellent construction from beginning to end and an underlying maple sweetness that really sets off the rest of the profile. Although the flavors that are present are not overwhelmingly strong, they are quite distinct and it is an easy cigar to enjoy.