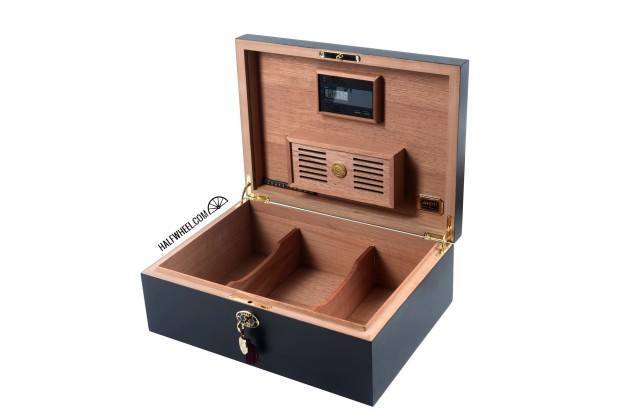 So you want a good humidor. As has been mentioned a few times before on this site, most humidors sold today are not very good. Unfortunately, $100 will almost certainly not buy you a nice, new Spanish cedar humidor. If you are looking for a solid, heirloom quality humidor—it’s not a bad place to start with the three Ds—Davidoff, Diamond Crown/Craftsman’s Bench and Daniel Marshall.

The California-based craftsman gained notoriety thanks to his Treasure Dome humidor, which was made popular by Marshall’s friend, Arnold Schwarzenegger. Daniel Marshall makes a variety of humidors, but for those that want a well-made basic humidor, you will likely find yourself looking at his Ambiente line. 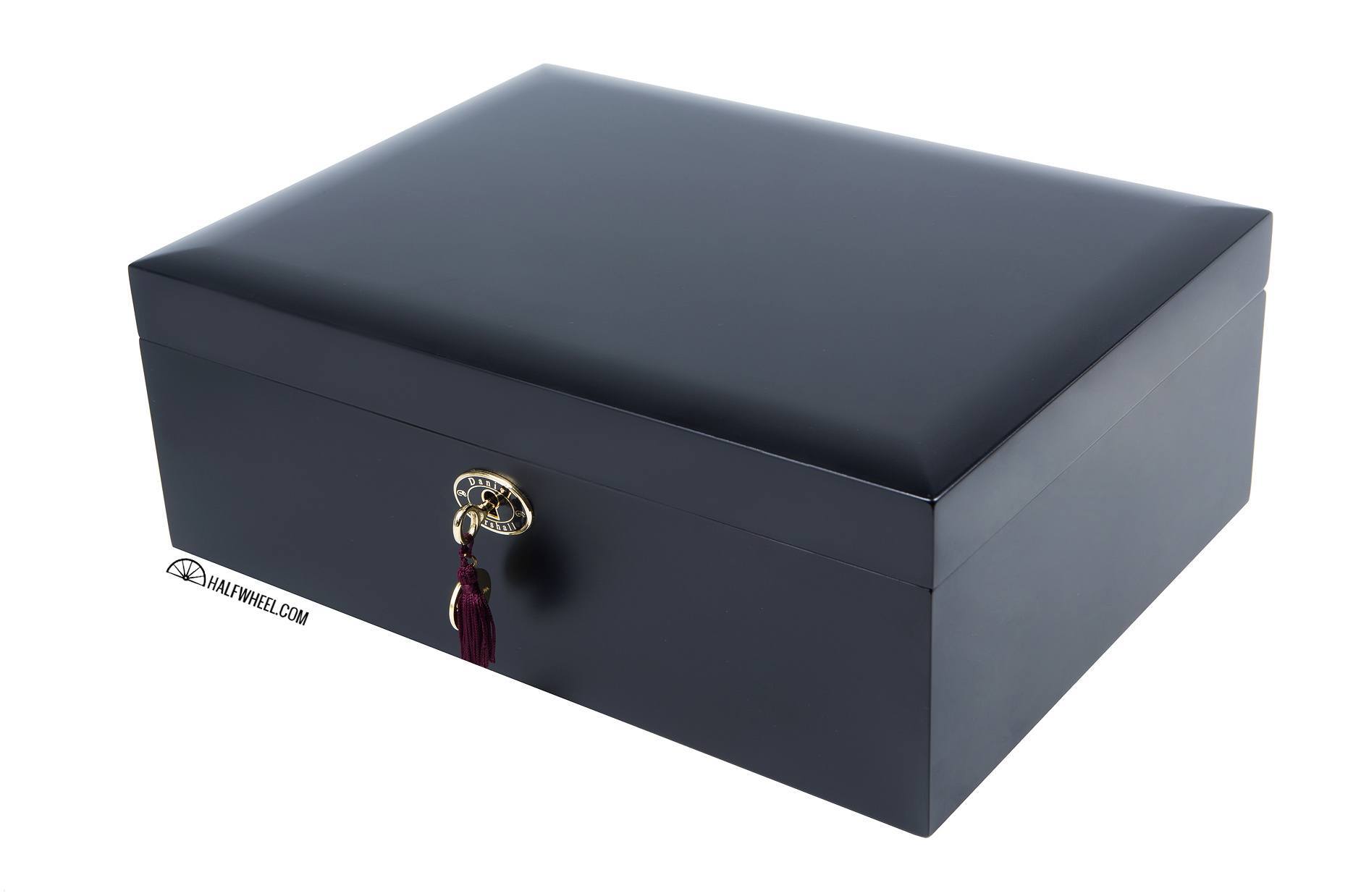 For the most part, the Ambiente humidors stay away from exotic wood finishes on the outside, although it retains the similar structural quality. I’ve spent the last year with the Ambiente 20125 125 Cigar ($445), which measures 14 x 10 x 5 1/2 inches and features a simple black lacquer on the outside. There’s a felt bottom and a functional lock and key, albeit the latter was not even tested until it came time to write this review. 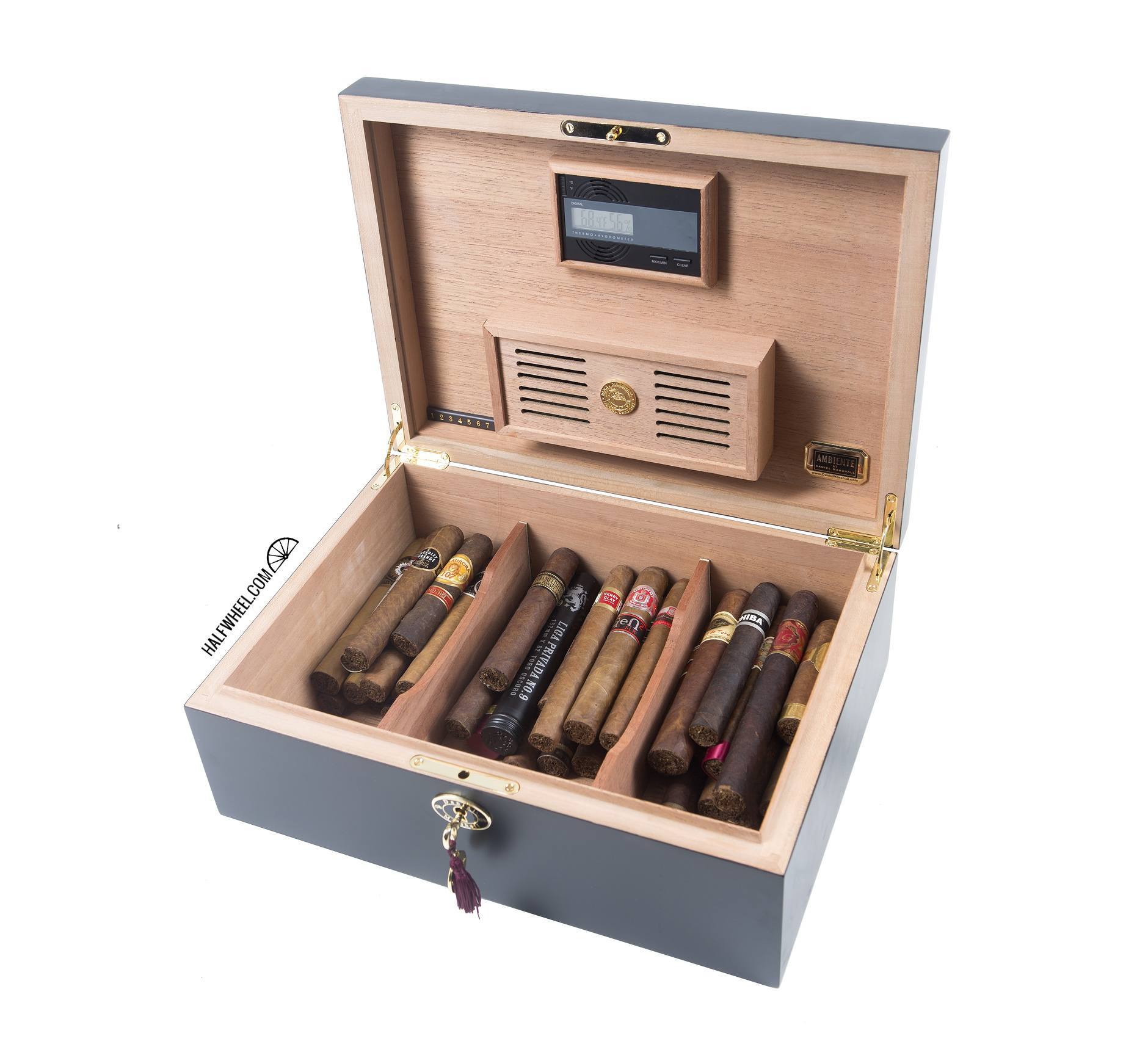 Until you’ve had a brand new humidor with Spanish cedar it’s hard to really describe the experience. Most of the sub-$150 humidors on the market use so little, and what is used is generally such poor quality cedar that it would be hard to understand what a proper Spanish cedar humidor smells like. A year into use, the aroma still fills the air upon each opening. 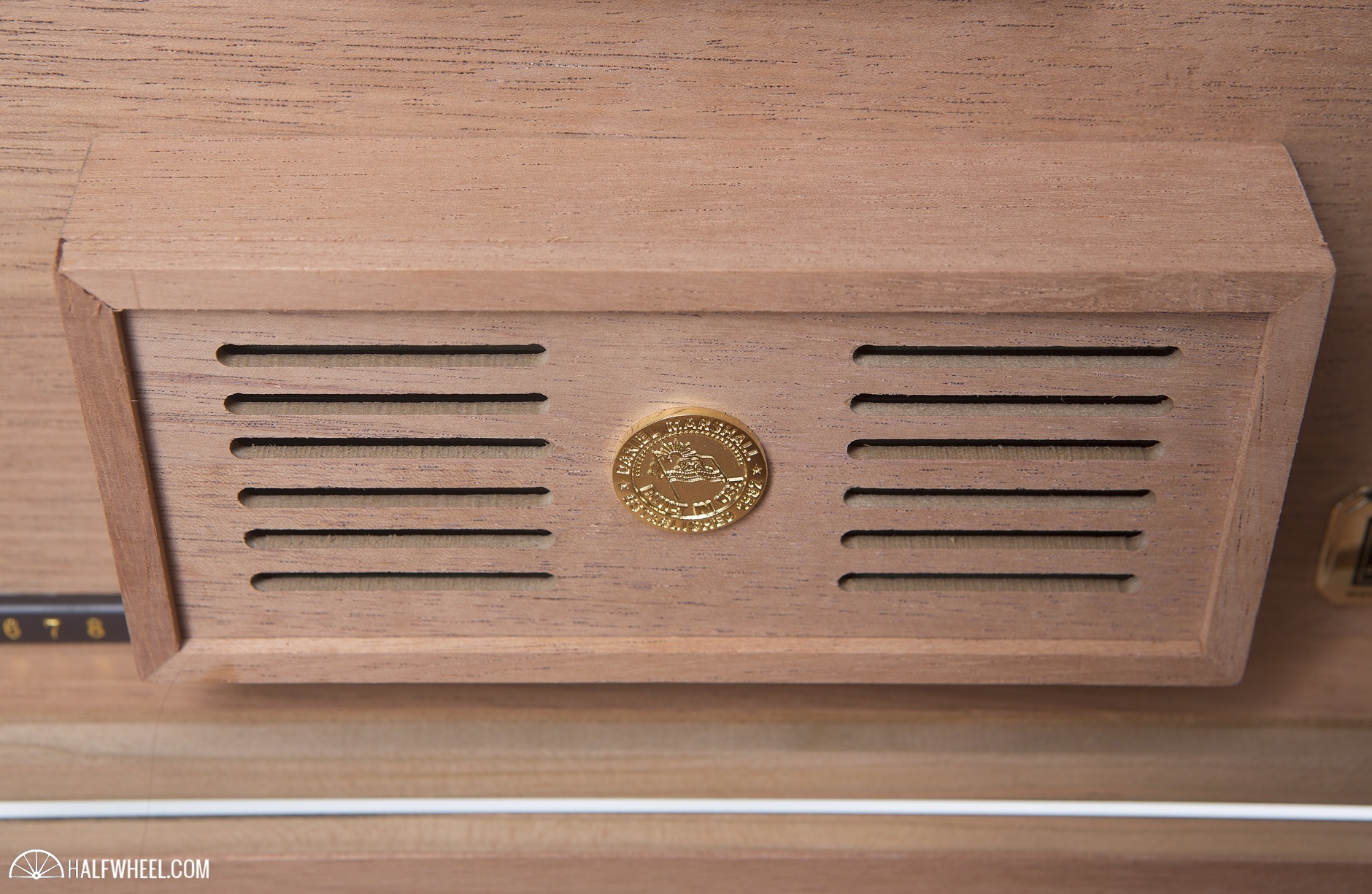 The unit comes with a built-in electronic hygrometer, which is held in place via a magnet. As far as I can tell, my unit was calibrated properly and has not needed any adjustment after a year. In addition, there’s a floral foam humidification unit hidden inside of a cedar covering, and a 2 oz. bottle of solution. Outside of taking the pictures for this review, the floral foam has never been in the humidor, as I ditched it in favor of my preferred desktop humidification solution–Bovedas–which fit easily into the cedar cover and performed flawlessly as per usual.

Two dividers are included and can be moved easily around the inside of the humidor, although there’s no tray. I’m not sure given the relatively short height of this humidor if a tray would even be a good thing. With the built-in cover for the humidification element, a tray would have a fairly drastic impact on capacity, which I find to be around 85 cigars.

As for its performance, it will be short. It works, very well. Three Boveda packs and a relatively full humidor has produced a stable 67 percent environment for the past year. 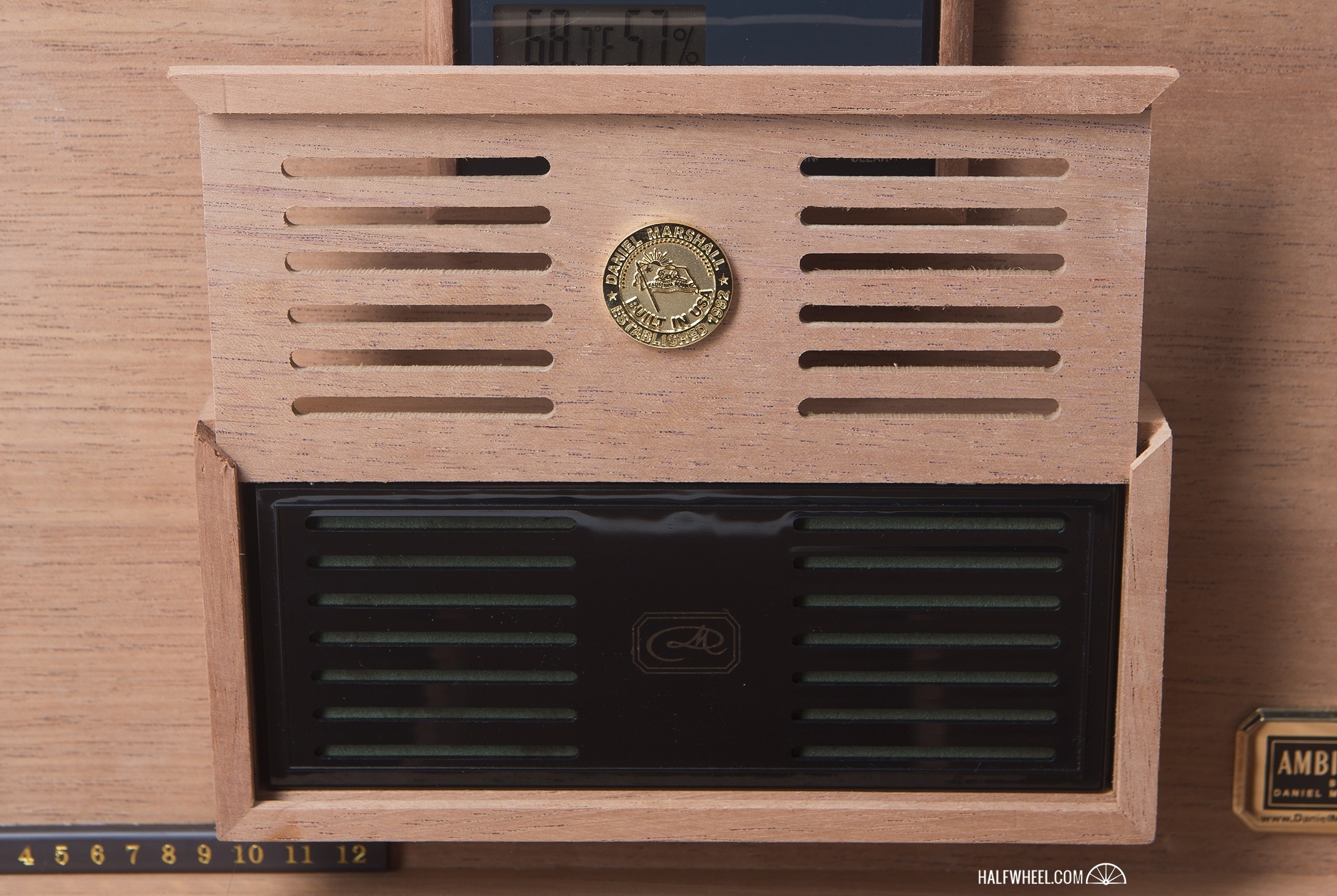 Daniel Marshall offers a lifetime warranty on all its products. I have not had to use it, so I cannot speak to it. But the fact the humidors are made in California will almost certainly help all warranty claims compared to the rash of Chinese humidors on the market.

After you reject the value-priced humidors, you are left with a few options. At the price point of the Daniel Marshall, the most likely alternative is either J.C. Newman’s Diamond Crown and Craftsmen’s Bench humidors and Savoy, distributed by Ashton, both of which are quite good. Aesthetically, they may be more pleasing to the eye, but I think the craftsmanship on Daniel Marshall’s creations are probably better internally. After that, the market, particularly in the U.S., gets a lot more fragmented. 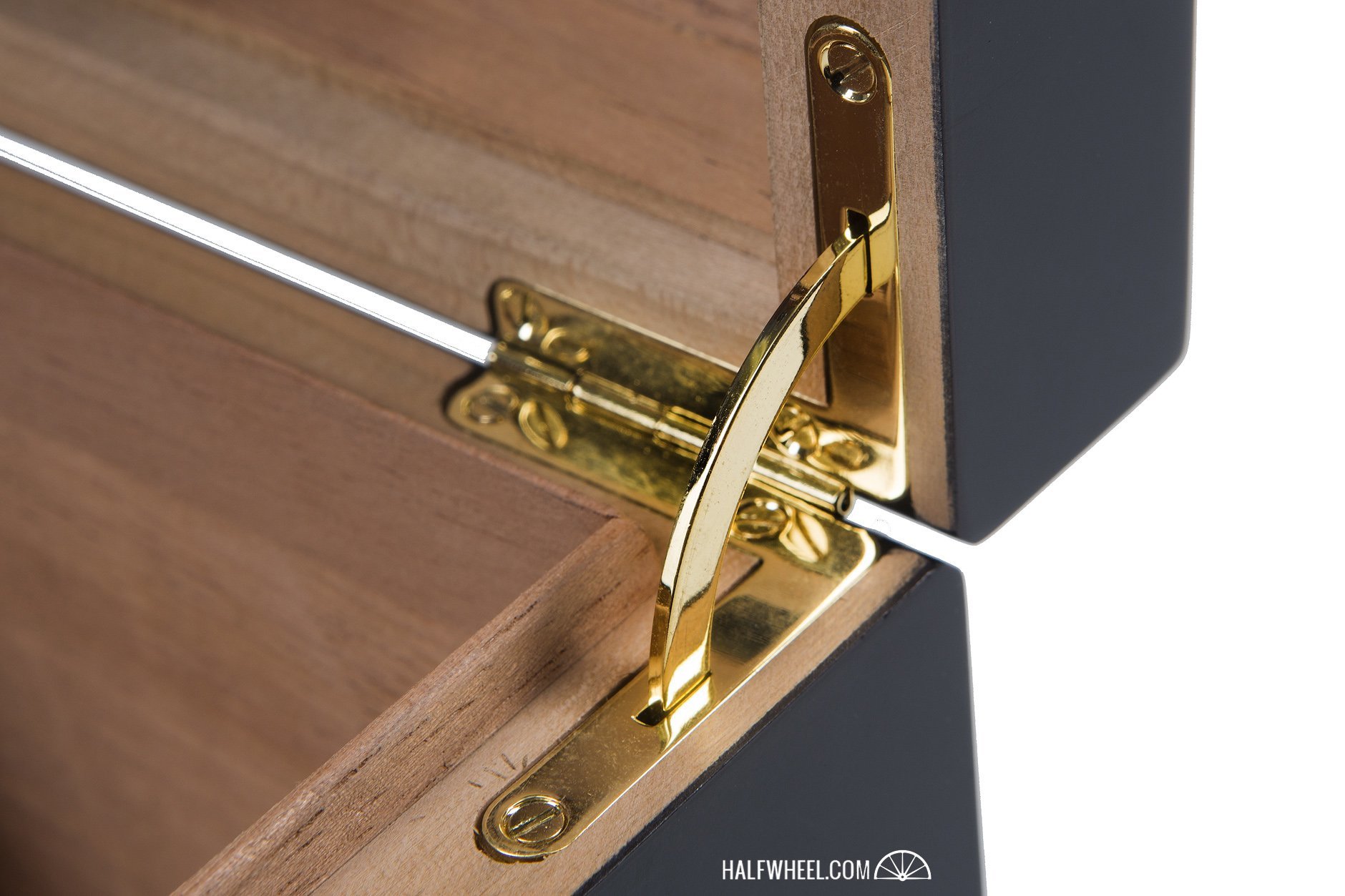 For around $350, you can pick up the Daniel Marshall Ambiente reviewed here at a variety of online retailers. It’s a sizable invest compared to most humidors on the market—about three times the cost of a humidor of a typical size. In one sense, the included digital hygrometer can be seen as a $25 value, but it does not change the fact the Daniel Marshall option will likely be much more expensive than what you find in a typical cigar shop. But it works and that’s worth a lot. When it comes to humidification products, more so than any other accessory, making the investment in something that works and provides peace of time is a much easier choice, as the contents of the humidor will almost certainly be valued at a higher cost than the humidor itself. The Ambiente works, it’s challenging to put an exact price on that.