Ask any number of cigar smokers what their most anticipated cigar of the year is, and you will get any number of answers. But near the top of each of their lists will probably be the release of the Cuenca y Blanco, a cigar blended by none other than José Blanco and Joya de Nicaragua President Dr. Alejandro Martínez Cuenca.

For those of you unaware, José Blanco worked for La Aurora for over two decades, most recently as their Director of Sales. In June of 2011, José announced he was stepping down from his position. He went on vacation and shortly thereafter began visiting potential new workplaces. While it was not the presumed favorite amongst those handicapping the José Blanco job search, he eventually chose Joya de Nicaragua and was named as Senior Vice President in August of 2011.

We had heard for months that Blanco was working on blends for his inaugural release, and in May of 2012, Joya de Nicaragua announced the fruits of their labors in a press release.

The initial press release announcing the cigar has quite a bit of information:

It is very exciting for me to make blends at a different factory and how accustomed to a new environment and their traditions. As many know, I have always been deeply fond of Nicaraguan tobaccos, but I am also very pleased to bring more origins, including my own Dominican heritage, to Joya de Nicaragua.” José adds, “The Cuenca y Blanco is a symphony of well balanced tobaccos creating a rich and complex smoke, with lots of flavor which I always find important and with a type of strength satisfying for most smokers.

The Cuenca y Blanco is scheduled to be released in boxes of 21 in five different vitolas at the show. They are: 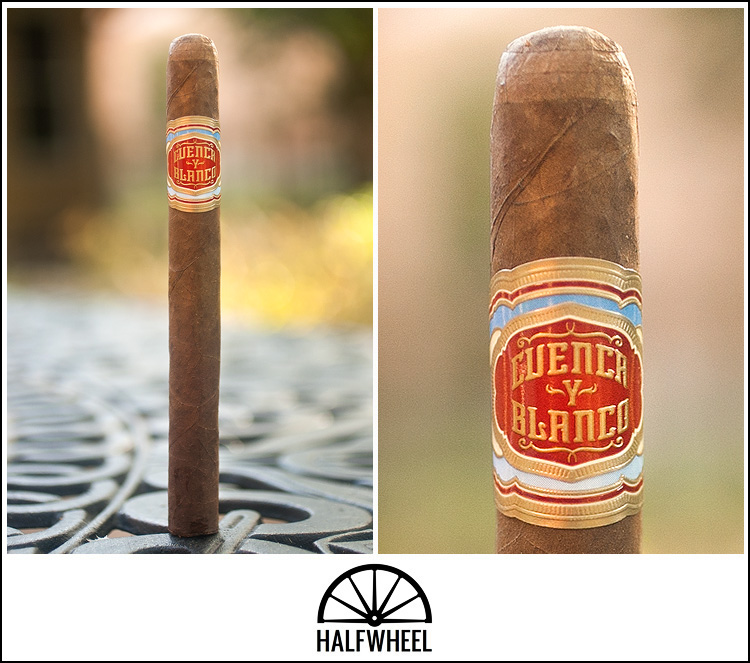 The Cuenca y Blanco is a visually stunning cigar with an absolutely flawless medium brown wrapper that has a slight bit of oil present. Running your finger down the length you feel some bumps, but they are minor, and the wrapper is smooth in a not quite satin sort of way. It smells strongly of leather, raisins and chocolate. The Lonsdale is a bit spongy when squeezed, but not overly so, and the weight feels good for the vitola.

The Cuenca y Blanco starts off the first third immediately with strong flavors of oak, leather, earth and slightly bitter espresso. A wonderful intense molasses sweetness replace the raisin sweetness that I smelled on the wrapper. There is a nice black pepper note on the retrohale that is just strong enough to compliant the flavors without going overboard, but it does seem to be getting stronger as the first third comes to an end. Burn and draw are perfect so far, and the strength ends the first third at a mild-medium, but does seem to be increasing. 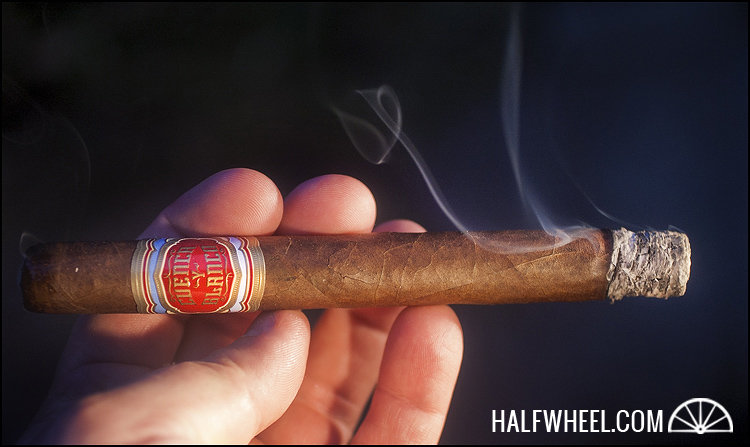 Right around the second third of the Cuenca y Blanco, the profile almost explodes with flavor and I start picking up a very distinct note of sweet chocolate chip cookies, but only on the retrohale. It reminds me strongly of when you walk into a kitchen that has cookies in the oven, just about to come out to cool. Other flavors mingle in nicely: wood, sweet floral, earth, dark chocolate, coffee and even just a touch of peppermint that starts strong, but fades almost as quickly as I taste it. Construction remains excellent with no burn or draw problems, and the strength ends the second third at a solid medium. 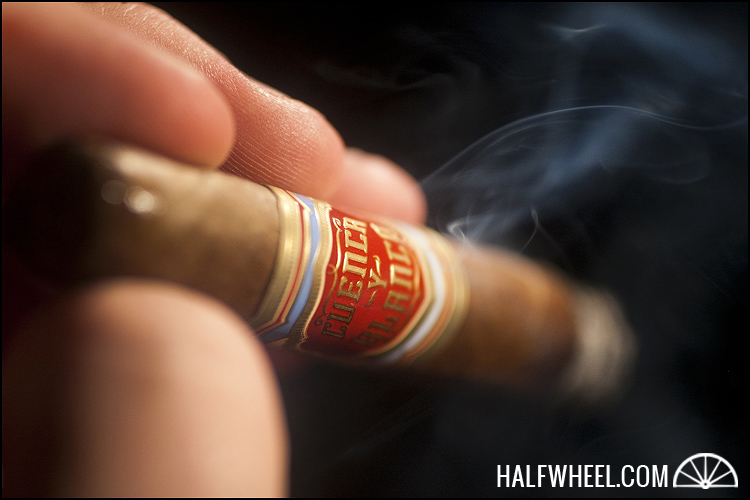 The final third of the Cuenca y Blanco shifts again, to much more of a spicy woody profile. Although still a background note, the sweetness is almost totally gone by the halfway point of the last third, replaced with flavors of spicy oak, leather and earth. The profile stays that way to the end, where the nub gets a bit hot and slightly harsh, although I was ready to put it down at that point anyway. Construction is wonderful to the end, and the strength finishes right where I wanted it to, at slightly stronger than medium. The Bottom Line: I find it extremely interesting and honestly, quite refreshing that Joya de Nicaragua is so willing to go against their tried and true formula for cigars, and introduce something so radically different from the profile they are mostly known for. The Cuenca y Blanco has almost nothing in common with any other Joya de Nicaragua release I have tried, both in terms of flavors and strength. In fact, if you looked up the term “flavor bomb” in the dictionary, there should be a photograph of this cigar. I was extremely impressed with the complexity I tasted and the whole cigar is almost perfectly balanced strength-wise. It seems that at this point in my cigar smoking life, I am looking for not just more flavor over strength, but also more unique flavors, and the Cuenca y Blanco easily fits the bill with a distinct chocolate chip cookie note and even some peppermint flavors that are extremely refreshing. Throw in the almost perfect construction, and you have an instant winner. People who are looking for a complex, well balanced, flavorful smoke are going to love this cigar.