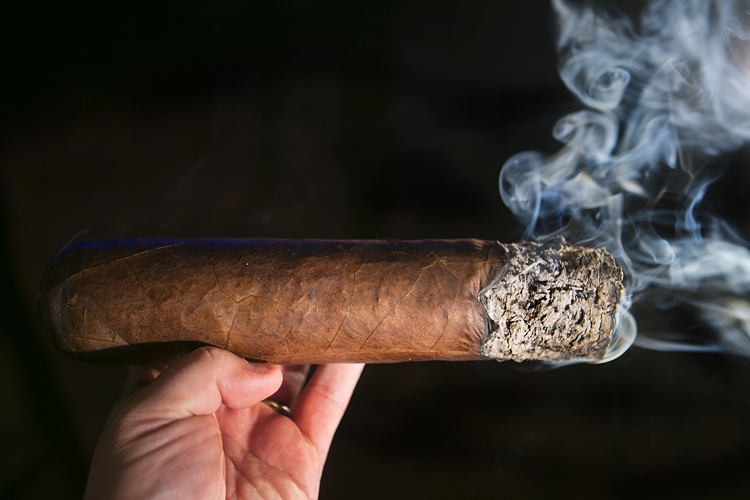 In late March, RoMa Craft Tobac brand owner Skip Martin posted a photograph of a new project they were working on, a 10 x 500 ring gauge cigar they named the Femur, which references one of the few intact fossils discovered at the CroMagnon archeological site in Aquitaine, France. After much experimentation, the size was lowered first to a 235 ring gauge, then to a 215 ring gauge before settling on the final 133 1/3 ring gauge, which is directly proportional to the CroMagnon Mandible in both size and allegedly blend.

In the months before the IPCPR trade show where it would make its debut, Martin showed off multiple photos of the process of producing the cigar, including the molds, samples without a wrapper and side-by-side comparisons: 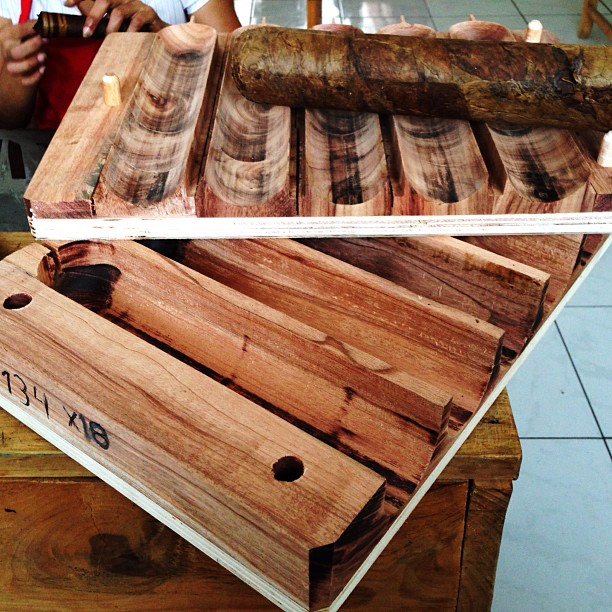 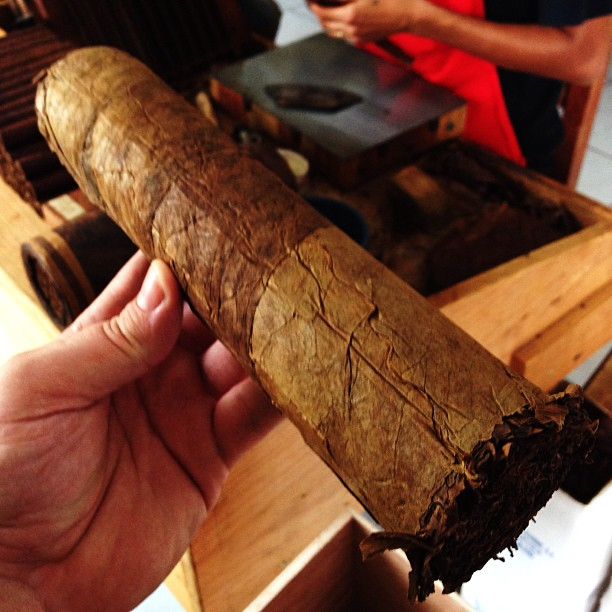 I get it, the whole craze around bigger and bigger cigars is confusing. In fact, since I started making cigars in 2010 my own preferences have moved more towards smaller ring gauges and shorter cigars. I smoke more of the Intemperance BA XXI “Intrigue’, a 4 x 46 Petite Corona, more than any other cigar we make. That said, I wanted to make something for IPCPR, something special to give loyal retailers who placed orders at the show. We went through a number of options, but we decided that nothing represented what we are about any more than a special cigar to display.

A few people have slapped together tobacco to make special shapes (footballs) or humongous cigars, but I wanted to know how big we could make a cigar using the same exact tobacco and processes we used for our production cigars. We started with the 235 ring gauge, but it required that some corners be cut (eg. multiple wrapper leafs). In the end, the 10 x 133 format was feasible, and theoretically it could be smoked the same as any other cigar we produce.

I’m not going to tell you our blend, but there are four fillers. X% of A, X% of B, X% of C, X% of D. The Mandible and Femur share the same proportions, which have an increased proportion of ligeros than our other 5 vitolas in the line.

Here is a photo of the CroMagnon Femur next to a CroMagnon Mandible: 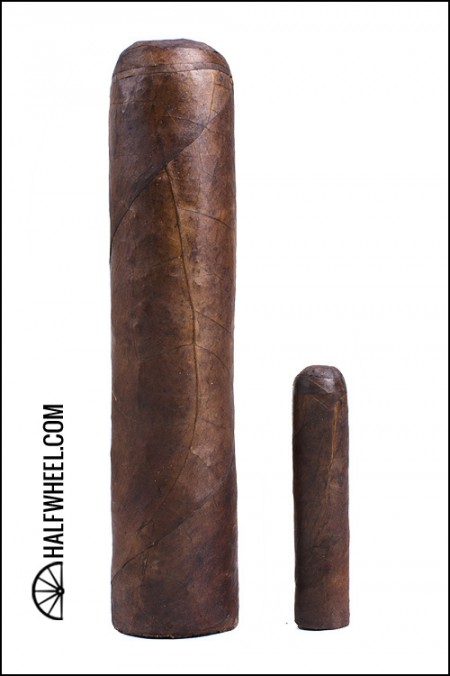 RoMa Craft Tobac sold the Femur at the 2013 IPCPR trade show and convention. The cigars are priced at $50.00 per piece and will come an individual coffins. At this time, Martin says the cigars will begin arriving in retail in November. A total of 200 Femurs are expected to be made. 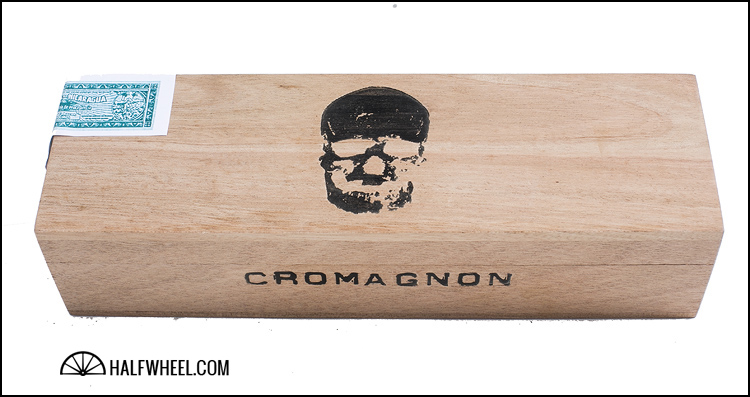 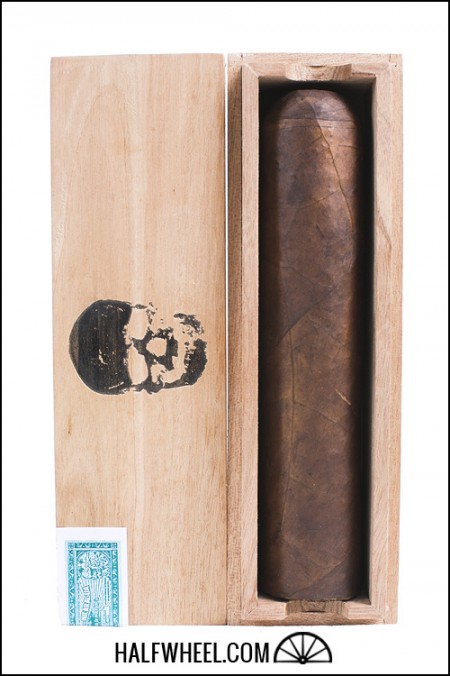 When the Femur is released, there will be a total of 14 different vitolas in the CroMagnon line. They are: 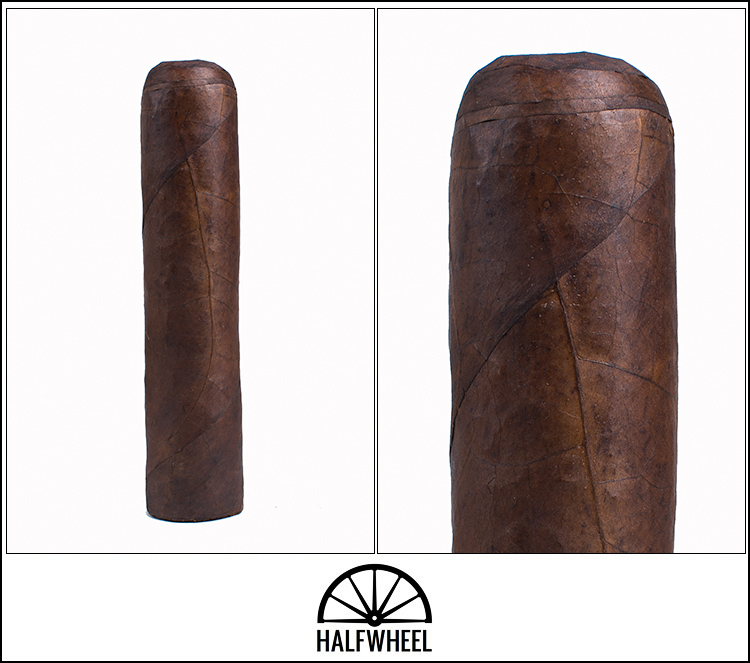 There is only one word to describe the CroMagnon Femur: MASSIVE. Held in your hand (or hands), it is so large it is almost comical and the cigar takes two hands splayed apart to cover it from cap to foot and still has a bit left over. Yet, the wrapper is a gorgeous deep mocha brown, and it is obvious that great care was taken when actually rolling it. There are a few veins visible, but the wrapper is silky smooth to the touch, almost slick. There is a very obvious triple cap that looks excellently applied and there is very little give when it is squeezed. Aroma off of the wrapper is strong barnyard, cedar, leather and slight black pepper.

It takes a while to light, but once it gets lit, it stays that way for the first couple of inches, which was one of my biggest concerns. First flavors are earthy, dark chocolate, cedar and leather, along with a very slight nuttiness that comes and goes. There is a very strong bitterness that is strongest in the first few puffs, but after about 10 puffs, it recedes to the finish, but is still quite noticeable. Construction-wise, the burn is surprisingly good—although not even close to razor sharp—but the draw is way, way too loose, and it feels like I am sucking through a tunnel. Smoke production is massive and billowy, while the strength does not even come close to the medium mark by the end of the first third. 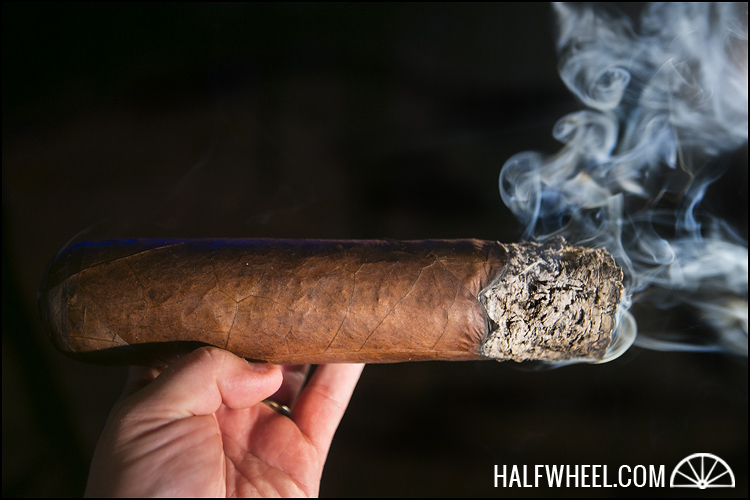 The second third of the Femur holds very few changes or surprises, with the bitterness from the first few puffs starting to become more prominent in the overall profile. The other notes of earth, dark chocolate cedar and leather are still present, but not as distinct, and the flavors start to become quite muddled after the halfway point. The draw is still much looser then I would like, and the burn has needed frequent touchups, but nothing too major in that regard. Surprisingly, the strength has not yet reached the medium mark, and really does not seem to be getting any stronger at all. 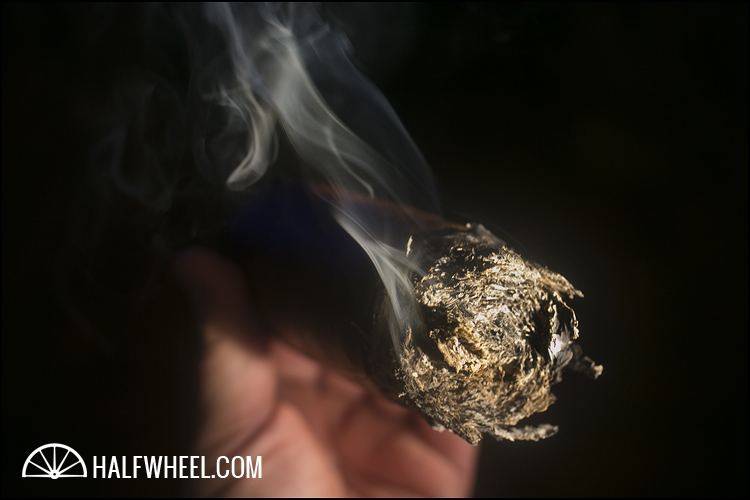 Unfortunately, the bitterness starts to overwhelm any other flavors that might be present in the profile right at the start of the final third of the CroMagnon Femur, and while I continue to smoke it, the process has become laborious. The burn is still uneven requiring touchups, but not horribly so, and the draw has actually tightened up a bit, which is a welcome change in that regard. As the final inches burn down, the bitterness gets worse and worse, and I am forced to give up smoking before I wanted to with about 2 1/2 inches left, as the profile had turned extremely bitter and just  downright nasty by that point. Strength-wise, the Femur flirts with the medium mark, but never actually hits it. 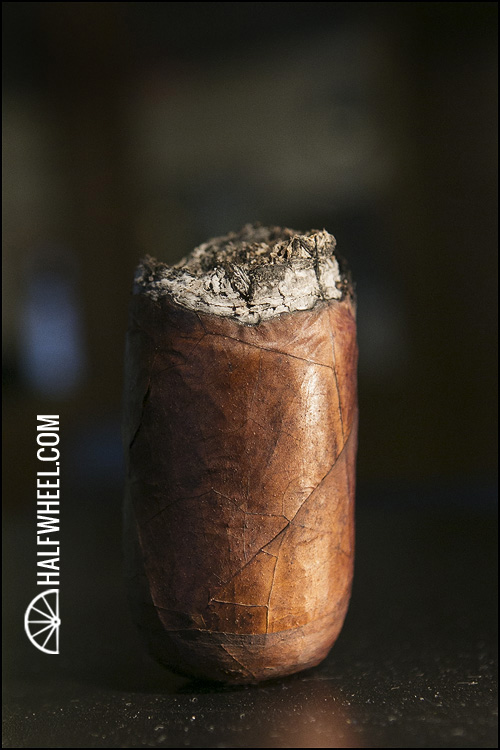 It would be easy to look at the combination of almost obscene ring gauge and length on the CroMagnon Femur and dismiss it out of hand as nothing more than a publicity stunt or joke, and I would imagine that is what some people reading this review will do. Look beyond those thoughts, however, and you will see a very different purpose for this cigar. For RoMa Craft Tobac it was an experiment, to see if they could actually make something this big that could be smoked. There is no doubt the Femur is too large, tastes pretty bad after the first third, and serves virtually no purpose other than as a conversation piece. However, they did succeed in making something beyond that, a functional cigar, even if at the limits. As with many of the "art cigars" we have reviewed, scoring is neither easy, nor pretty. While I definitely tasted a little of the CroMagnon profile, especially a combination of dark earthiness and dark chocolate flavors, but those were mostly relegated to the first third of the smoke. Unfortunately, the scores we give are based predominantly on flavor, which in the case of the Femur, might not even be half the case. Much like with the OpusX Football, the purpose was to push the limits and produce something that actually smoked like a regular cigar, for that at least, it's hard to find fault.