In early 2011, a seller with the screen name TripleLigero began selling extremely rare and hard to find Cuban cigars on one of the more popular secondary market forums for cigars. He had a seemingly endless supply of Cuban cigars that were generally believed to be unavailable. Prereleases of Montecristo Gran Reservas and Cohiba 1966 were offered before the annual festival where both cigars were formally shown off.

Amongst a plethora of other rare Cubans, he offered a significant supply of Diplomatic Cohiba Lanceros and Siglo VIs. The cigars, which are specially banded versions of regular cigars given out as diplomatic gifts and some of the more difficult to find Cuban cigars on the market.

Eventually, TripleLigero was outed as a scammer, one of the more prolific in recent memory. A summary of his exploits is available here for those interested.

I was contacted by someone who had purchased some cigars from TripleLigero and offered one of the obviously fake Diplomatic Cohiba VI cigars to review at a later date. I put it away in one of my humidors until I recently came across it again, and Charlie and I decided it would be interesting review for a day like today.

The Diplomatic Cohibas TripleLigero was selling were offered in two different vitolas: a Lancero and a Siglo VI. The Diplomatic bands are a light green color with a tree that bears a striking resemblance to a Royal Palm on it. 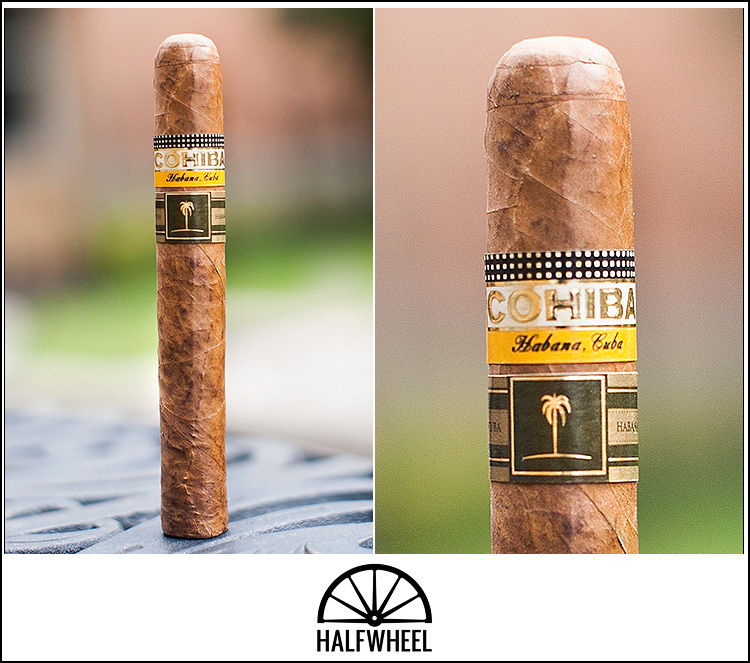 The Cohiba Edición TripleLigero is a sight to behold, and not in a good way. The dull brown wrapper is covered in bumps and a multitude of discolorations just beneath the surface. It is a bit spongy when squeezed, and although there is a triple cap in place, it looks very sloppily applied. The wrapper feels so smooth it is almost elastic and the aroma emanating from it is a soft and sweet cedar and a note that almost smells like peppermint.

The Cohiba starts off with strong oak and hay notes, along with a slight saltiness on the lips and tongue. There is a bitterness underneath the other flavors that while not overly strong, is quite noticeable, and it shows no signs of letting up anytime soon. Smoke production is excellent, and while the draw is a tad more open then I would like, there is nothing to complain about the burn. There is no strength to speak of, and I would put the overall strength at not even close to a medium by the end of the first third. 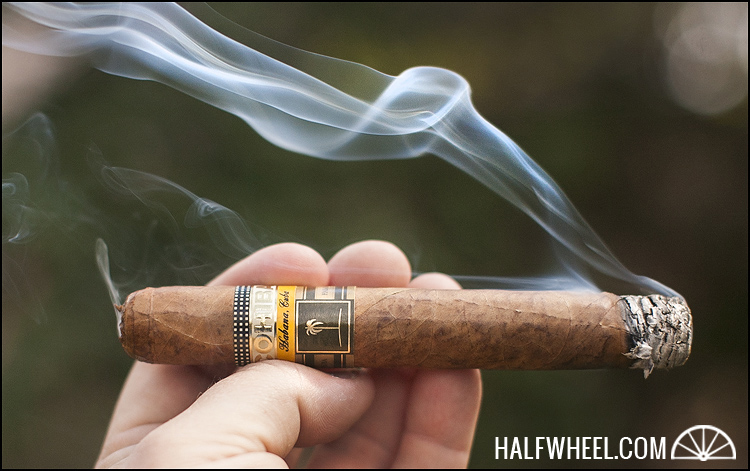 Coming into the second third of the Cohiba and the flavors have not changed in the slightest, still oak, hay and saltiness. Unfortunately, the one major change is a major increase in the bitterness note, both on the retrohale and the finish, which really picks up at about the halfway point. I am not going to call the combination disgusting, but it is close. There is still no appreciable strength that I can discern. The burn and draw remain consistent from the first third, as does the smoke production. The final third of the Cohiba seems to be a carbon copy of the first two thirds with the same uninteresting flavors and the same almost overwhelming bitterness. The burn and draw are unchanged, as is the smoke production and the strength, which ends the cigar where it started, well below the medium mark. The bitterness starts getting unbearably bad with about an inch left, and I have to put it out. 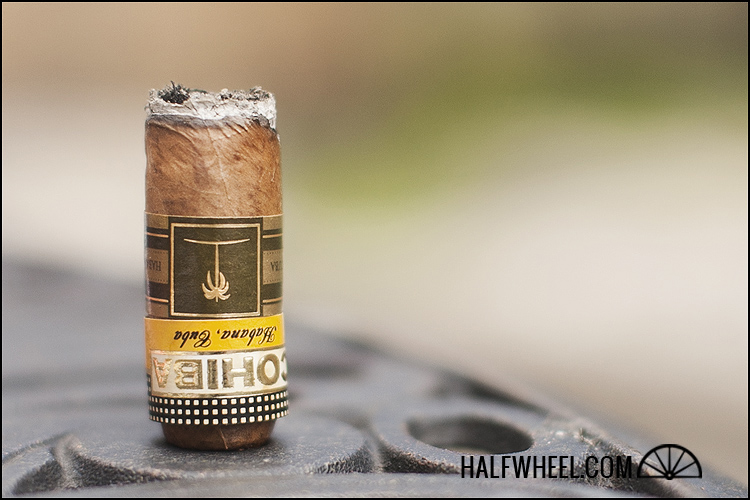 Before you comment, take a minute to read this please.

My assumption going into this review was that this cigar was nothing more than a farm rolled stick, with low grade Cuban tobacco, a horrible wrapper and suspect construction. It seems I was wrong about that, as there were no transitions, no interesting flavor notes, almost no flavors at all. The tobacco is so bad, I could not even tell if it was Cuban tobacco or not, but either way, it is undeniably a low grade cigar made for no other reason than to put interesting looking bands on to trick the ignorant into paying gobs of money for. I did not find any hair or string in the filler, but it would not have surprised me in the least if I had. In the end, it actually tasted quite a bit worse than I expected, and that is saying something.