in 2001, Habanos S.A. announced a special cigar to commemorate the 35th anniversary of the Cohiba brand. Named the Cohiba 35 Aniversario, the release consisted of 500 special humidors which included 135 cigars in six different Cohiba vitolas.

The press release had some of the details:

To commemorate the 35th anniversary of the Cohiba, which is probably the most emblematic brand of cigar in the world, Habanos S.A. launches a special production of 500 numbered humidors.

Cohiba was created in 1966 and is likely the most renowned tobacco product on the planet. That distinction was earned, among other reasons, by being the gift of Cuban leaders to other world leaders here and abroad.

The unmatched quality that these Habanos posses, likewise the fact that they were Fidel Castro’s favorite brand, contributed to creating the conditions to present this brand in society in the Ritz Hotel in Madrid in 1982. This made it possible to bring the myth of this cigar to the demanding cigar world.

Cohiba, whose name is the first denomination the indigenous gave the cigar, has become an example of how to maintain the tradition of Cuban cigar know-how with the modernity of being a vanguard brand. It maintains exquisite care in the selection of its tobacco, likewise the elaboration process in the “El Laguito” factory.

There were six different sizes included in each humidor. They were:

In addition to the sizes above, there were an undisclosed number of three different vitolas with the same bands as those in the humidor handed out at the 2001 Habanos Festival dinner. They were:

As with quite a few Habanos S.A. releases, while the Cohiba 35 Aniversario was announced and officially released in 2001, it was not actually available for sale until late 2002. 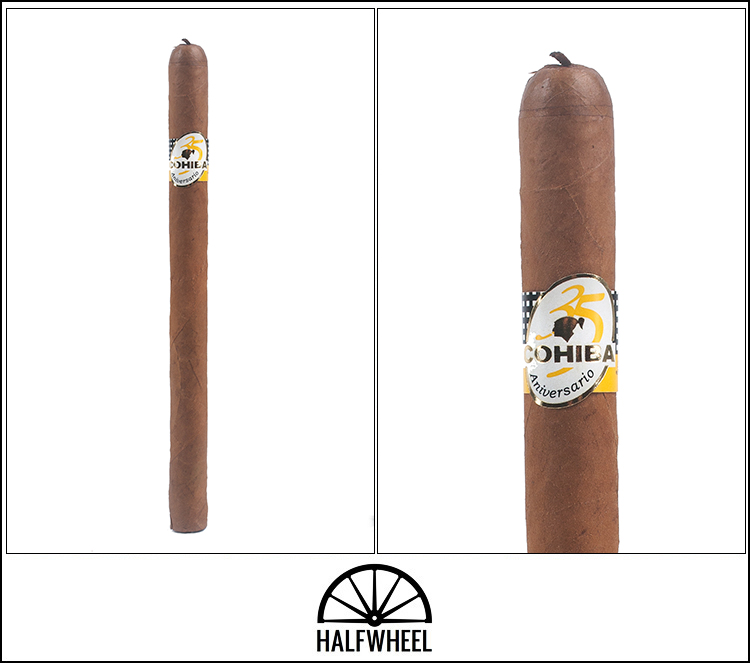 *While there were 135 total cigars in each humidor, there were only 35 Lanceros included per humidor.

The Cohiba 35 Aniversario Lancero is covered in a gorgeous light nut brown wrapper that is totally smooth to the touch and smells strongly of a combination of hay, barnyard, sweet chocolate, coffee and nuts. There is just a bit of resistance when squeezed and the wrapper is completely devoid of oil.

The first third of the Cohiba 35 Aniversario Lancero starts out with strong flavors of hay, earth, leather, peanuts and cedar along with a wonderful and distinct honey sweetness that is light in the beginning but gains strength as the first third winds down. There is tiny amount of bitterness that creeps in every once in a while as well as some white pepper on the retrohale, but so far neither are strong enough to do more than notice. The draw is a bit tight this early, but still easily smokable, and the the burn is wavy but not distractingly so. 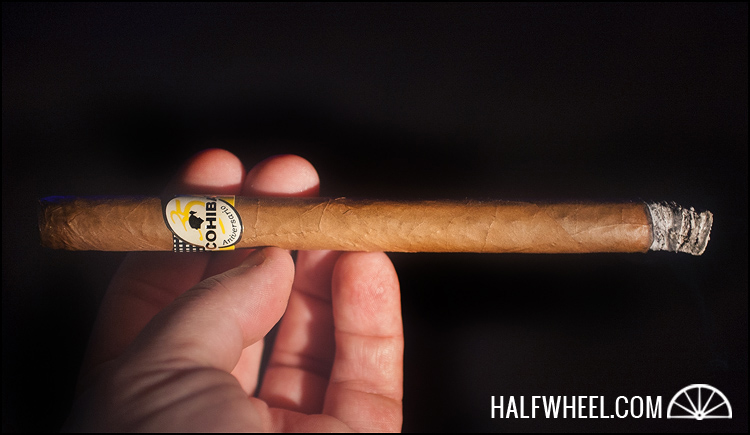 The sweetness that is present in the profile of the Cohiba 35 Aniversario Lancero changes in the second third, from the honey sweetness to more of a caramel syrup sweetness that clings to the tongue. It combines very well with the rest of the flavors in the profile, including grass, earth, nuts, leather, milk chocolate and cedar. I also detect some tart lemon notes, but only on the retrohale, and the white pepper from the first third has increased noticeably as well. Construction-wise, the burn has evened up nicely, becoming razor sharp, and the draw has looseneda bit, although I would still call it a bit tighter than ideal. 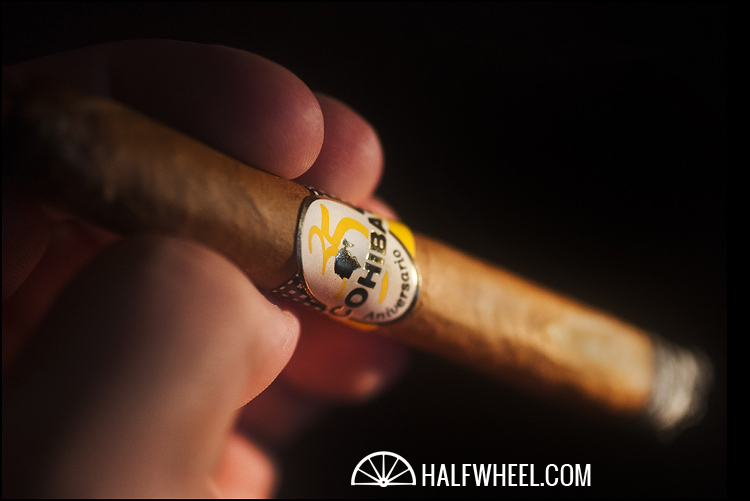 In the final third of the Cohiba 35 Aniversario Lancero, both the caramel sweetness and tart lemon citrus notes increase a bit, as does the strength, which ends the cigar at a solid medium. Thankfully, there is still the perfect amount of white pepper on the retrohale to enhance the other flavors of creamy nuts, milk chocolate, espresso, hay, leather, cedar and earth.The burn continues its razor sharp burn, while the draw continues to be a bit tight until I am done with the cigar with less than an inch left and the flavors on the finish are both nutty and sweet. 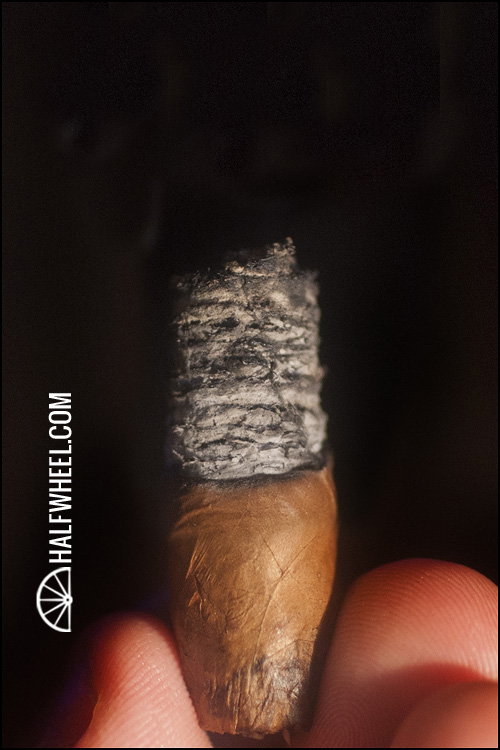 I was not sure what I expected with the Cohiba 35 Aniversario Lancero release, other than a well-aged Cuban, and that was exactly what I got. Complex and easy to smoke, the cigar did have a few draw issues, but they were not bad enough to really detract from the overall experience. The combination of tart citrus and sweetness that morphed from honey to caramel and a wonderful finish only increased my enjoyment. Did I like it more that the Cohiba Reserva del Milenio Pirámides from the Millennium jar? Not a chance. But it was an excellent cigar and well worth tracking down if you are a fan of Cohiba Lanceros.