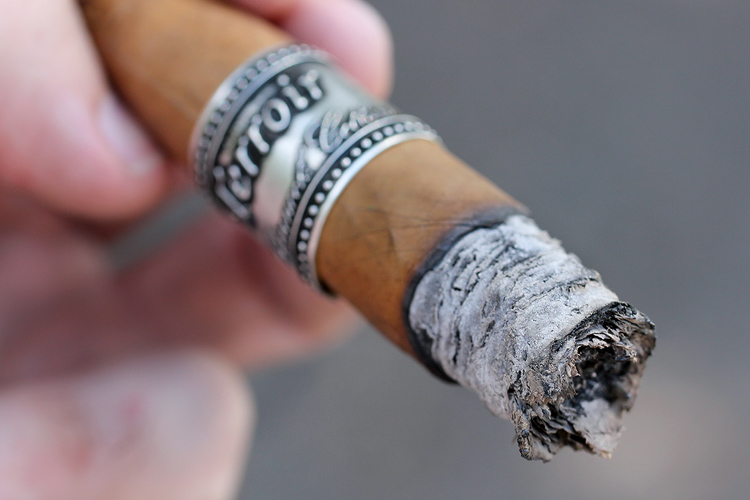 Following up on last year’s introduction of his limited release blend called the Terroir, Brian Chinnock of Chinnock Cellars Cigars unveiled the 2012 edition of the Terroir at the IPCPR convention and trade show in August. News of the cigar came out in late June, and you can read our story about it here.

The 2012 edition of the Terroir gets a new blend with an Ecuadorian Deflorada being used as the wrapper. The term deflorada means deflowered and is used to indicate leaves that come from a tobacco plant after the flower has been pinched off. A dual binder from Ecuador covers filler from the Dominican Republic and Nicaragua.

Last year’s blend used an Ecuadorian Cubano wrapper over two Volado binder leaves from Nicaragua and filler from the Dominican Republic and Nicaragua. Willy Herrera is the blender behind both cigars, even though he had departed for Drew Estate when the first cigar debuted and was showing off his first creation for his new employer at the most recent IPCPR trade show.

All of the cigars are once again being made at El Titan de Bronze in Miami’s Little Havana neighborhood, using the entubado method for rolling the filler leaves before the double binder is applied. After the wrapper leaf and triple cap are applied, the cigars head off on a three-month stay in new, medium toast French oak barrels to impart some additional flavors during the aging process. Chinnock describes the cigars as being medium-bodied with a smooth, creamy flavor, a nutty finish and the subtle aromas of a fine wine cellar. 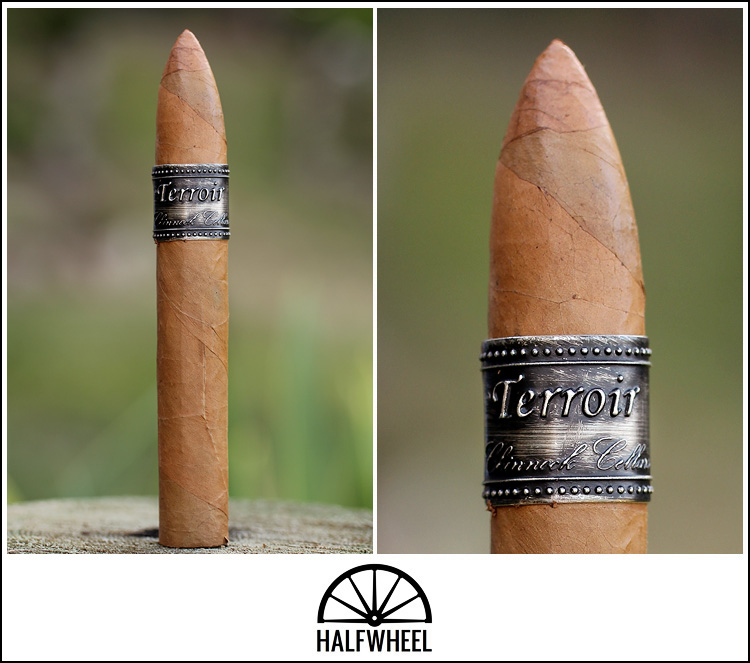 There’s no getting around the band that graces the Chinnock Cellars Terroir – billed as the first pewter band ever to be used on a cigar, it is surprisingly pliable, and thanks to a wax coating on its underside, slips right off the cigar with no damage to the wrapper. On a cigar with a butterscotch colored wrapper that is soft, thin and with minimal veins but a visible seam, it’s hard not to make this unique band the focal point. There is a peppery pretzel dough note on the pre-light aroma – the pepper really lingers in the nose, almost as if a peppercorn got lodged in the nose. The cold draw tastes of corn flakes, with an easy, unrestricted draw.

The first third of the Chinnock Cellars Terroir presents a taste that is hard to describe, to say the least. Roast pork, corn flakes and an almost clay-like earthiness come together for a combination that probably tasted better on paper than it does on the palate. In the search for the perfect complexity of flavors, this seems to try and to do much with a set of flavors that don’t come together well. The ash is almost solid and and near perfect white in spots, clinging on well past an inch with no trouble. 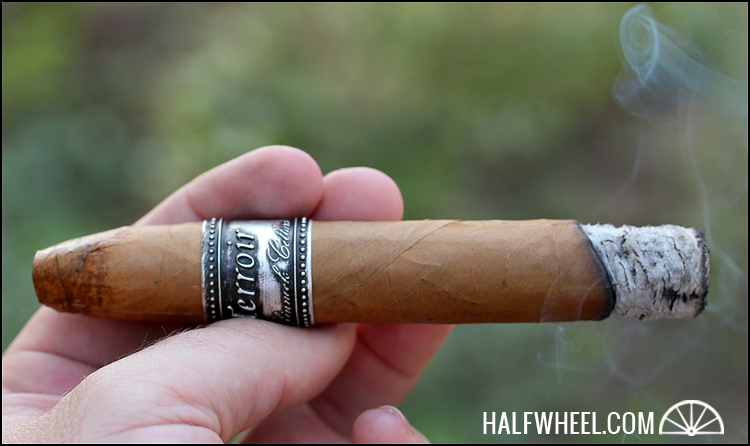 The taste cleans up and sorts itself out a good bit by the midway point, though the spice remains largely absent. The pork shifts into a grilled chicken note, which marries perfectly with the warm smoke and works very well. A charred note starts to come out in the final puffs of this second third, giving just a bit more character to the cigar without overly complicating the blend. 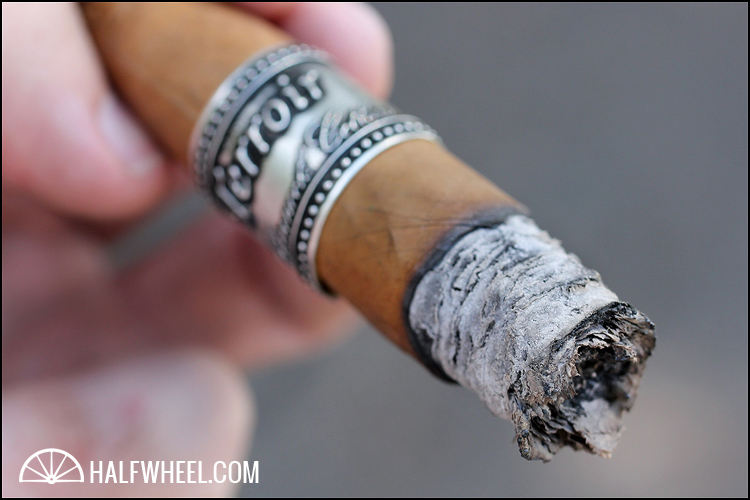 Entering the final third, the charred note is fighting for the flavor lead, although it is not so overbearing as to be unpleasing on the palate. There is just a bit of pepper that emerges in the nose, while the palate goes largely without any. A slightly sour and tangy note gets added to the mix in the final two inches to close out the Chinnock Cellars Terroir. 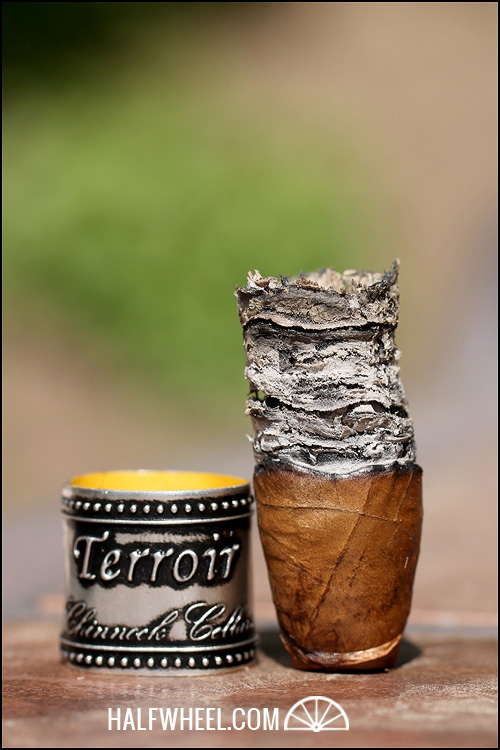 The Bottom Line: It’s always tough when a cigar starts off on a less than ideal note, because as they saying goes, you don’t get a second chance to make a first impression. The first third of the Chinnock Cellars Terroir 2012 simply has too much going on and what could have been a wonderfully complex cigar turns into a complicated experience for the palate with too many familiar flavors competing for attention. Once the cigar sorts itself out, it is very enjoyable, as the grilled chicken note is darn near perfect, setting the stage for a well-developed flavor evolution. The lack of a dominating spice was enjoyable, making the second and final thirds an enjoyable morning cigar or accompaniment for a cup of coffee or tea. I’d certainly try a few more to see if my experience was a fluke, because if it was, it would make the Chinnock Cellars Terroir 2012 a very attractive purchase.