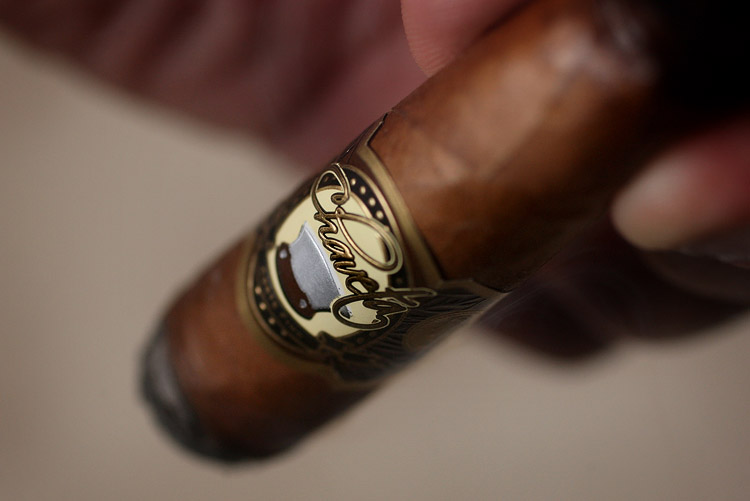 Back in the early part of 2011, Mark Just of Tower Cigars announced that he had purchased Chaveta cigars, a boutique brand that is produced by Flores y Rodriguez, the parent of Pinar Del Río, who recently opened up a new Dominican factory. The original blend uses a Brazilian Bahia Maduro wrapper over Dominican and Nicaraguan fillers.

In February of 2012, Chaveta announced it would be releasing a Limited Edition of its Toro cigar with a Habano wrapper and a little Pennsylvania tobacco added to the Dominican and Nicaraguan filler combination in the normal Chaveta line. There were only 50 boxes of 20 Toros released.

When asked about his acquisition of the Chaveta brand, Just had this to say:

A friend of mine originally owned the company and he asked me if I was interested in purchasing the company from him. Tower Cigars had already carried and done well with Chaveta since October of 2010. I was really excited at the opportunity to own my own brand of cigars. Chaveta is starting out as our house brand, and I am planning on offering the brand on a wholesale level to a limited number of shops across the country. I want to keep production small and the quality top notch.

When asked about why he added a limited edition, Just added:

When you think Habano wrapper you think spicy and peppery. Well with this wrapper or cigar, its creamy and sweet. A little woody. All things I like in a cigar. Now don’t get me wrong. I love our maduro Chaveta for its somewhat spicier profile. But this habano wrapper Chaveta really hit my palate in the sweet spot so to speak.

There are now seven different cigars in the Chaveta lineup. They include:

Here is a comparison photo of all of the different Chaveta wrapper releases:

(Note also the change in bands)

Here is what the box for the Chaveta Habano Toros looks like: 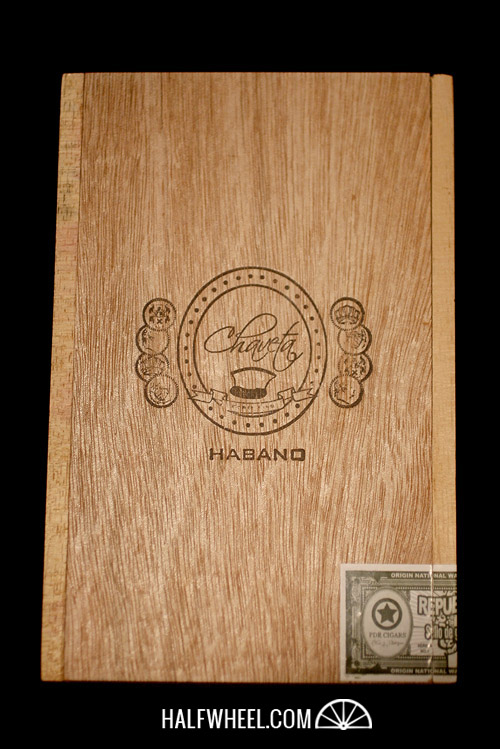 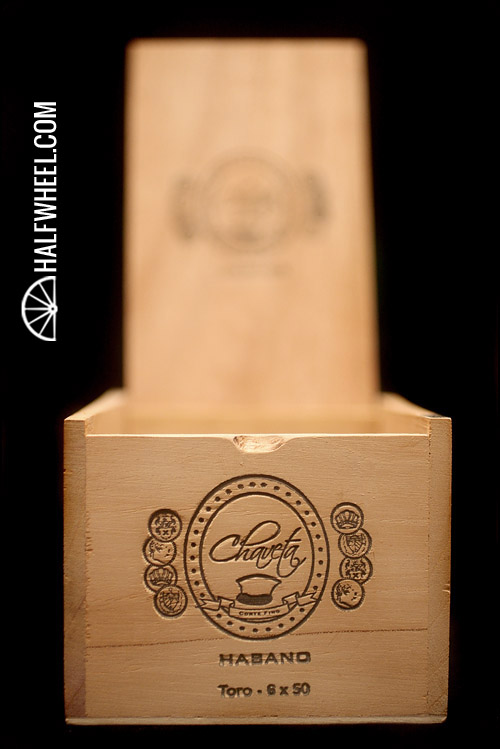 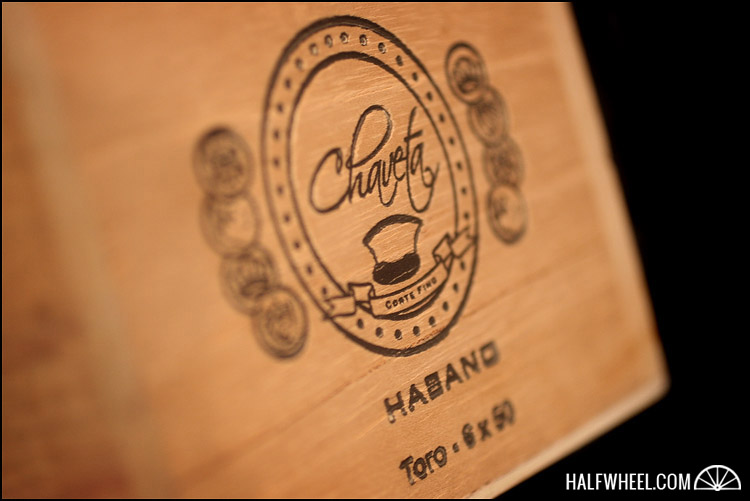 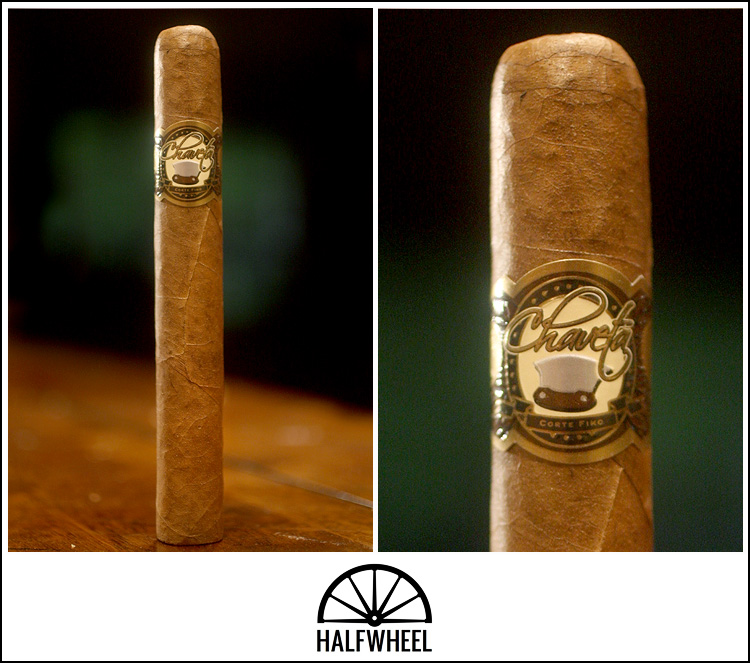 The cigar itself is excellent with a gorgeous milk chocolate brown wrapper that is slightly oily and smoothish to the touch. There are a few veins and bumps present, but nothing overly distracting. It is perfect when squeezed and the Habano wrapper smells strongly of sweet cedar, chocolate, toast and manure.

The first third of the Chaveta Habano starts off quickly with flavors of toast, wood, leather and a small amount of sweetness. Its extremely creamy overall and that attribute only seems to intensify as the first third comes to and end. There is no pepper to speak of and just a small amount of spice on the lips, but that dissipates fairly quickly. The construction of the Chaveta is astounding with perfect draw and a burn line that has to be seen to be believed. Strength is a mild medium by the end of the first third, but I can imagine it increasing as the cigar progresses. 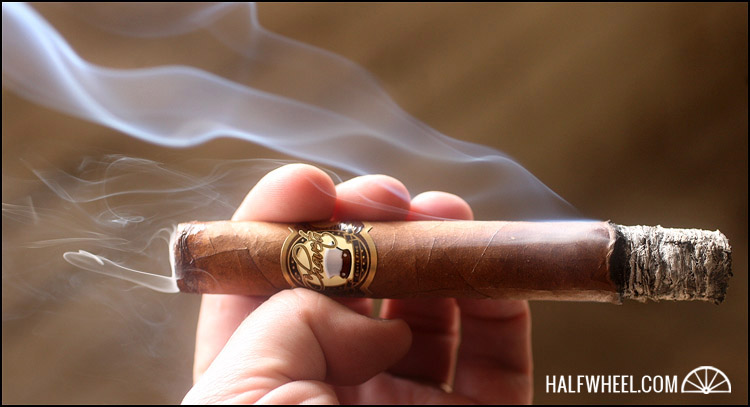 Much the same is the easiest way to describe the second third of the Chaveta Habano Toro: creamy and sweet with just a tiny amount of pepper thrown in. There are other flavors, mostly chocolate and earth, but they are never overly strong and don’t stick around in enough quantities to really affect the blend. The construction is still excellent, but the strength is still a little less than medium and does not seem to be getting much stronger. 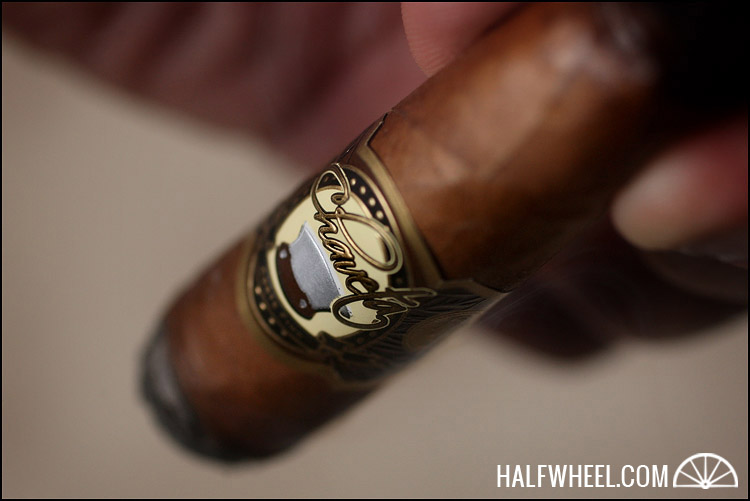 The final third continues the creamy and sweet trend with other flavors of nuts, chocolate, earth and even a little leather. The pepper from the second third is gone, as is the spice, and the strength stays firmly in the medium range. Burn and draw continue to be excellent, as is the finish and it did not even come close to getting hot at the end. 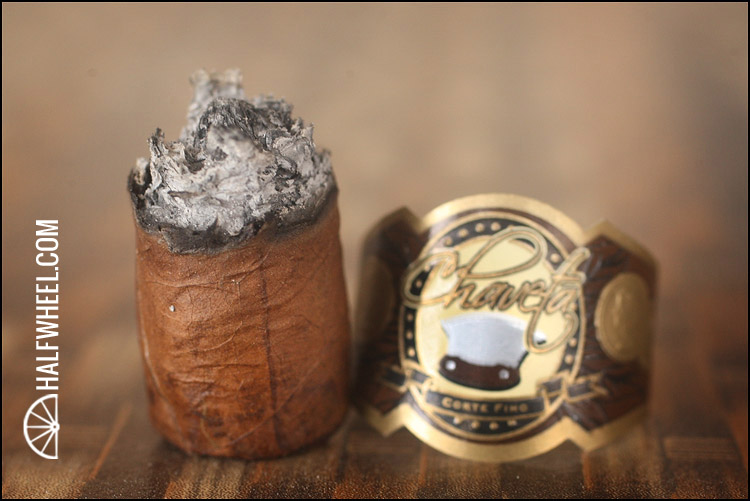 The Bottom Line: There are quite a few things to love about the Chaveta Habano. It is an extremely well made cigar with a perfect draw, burn and construction. It has an amazing, long lasting finish, one of the best I have tasted in a while. The profile is mild, but wonderful: a strong creaminess and sweetness with a few other flavors thrown in for good measure. Having said that, the profile is not the most complex in the world and changes very little for the entire length of the cigar. While I enjoyed this cigar, I am usually looking for more complexity and the size is just a bit larger than my normal smokes. I also think that just a little more body would really help the overall balance. Having said that, I will be getting more and I think if you are looking for a good morning cigar, and like the creamy profile, you are going to love this cigar and will probably buy it by the box.