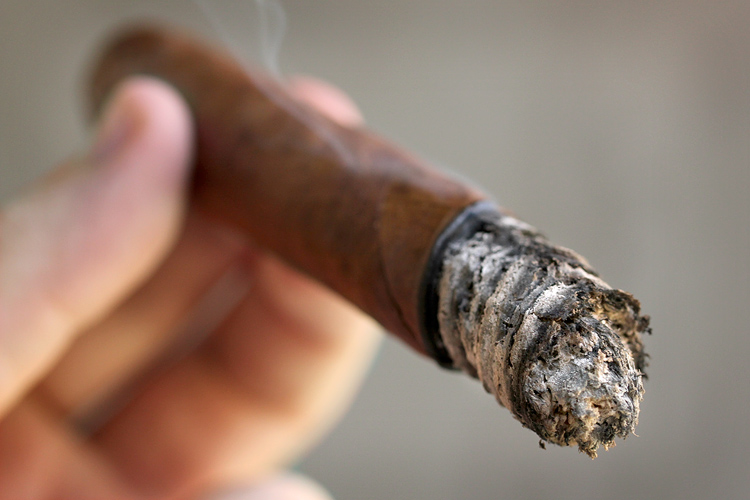 The story of the Casa de Montecristo B-56 goes like this: Sam Khalil, owner of Casa de Montecristo in Chicago, was in Miami in February with one of his sales reps who introduced him to “an old Cuban guy” that was supposedly amongst the first person to roll Cuban Behike BHKs.

Fast forward a bit and the “old Cuban guy” is living in Miami with a 7′ x 7′ humidor he built in his closet with supplies from a hardware store. When he met Khalil, he told him he could roll him a BHK, Sam wanted to see if it was true. Despite instructions to let the cigar sit for a while, Khalil lit it up and loved the blend. He proceeded to ask how many can be rolled for him, with the man telling him 150 a day and that he has between 4–5,000 already made and being aged. Khalil came to an agreement with the roller, and the first of two shipments of 1,000 came in mid-March in bundles looking like this: 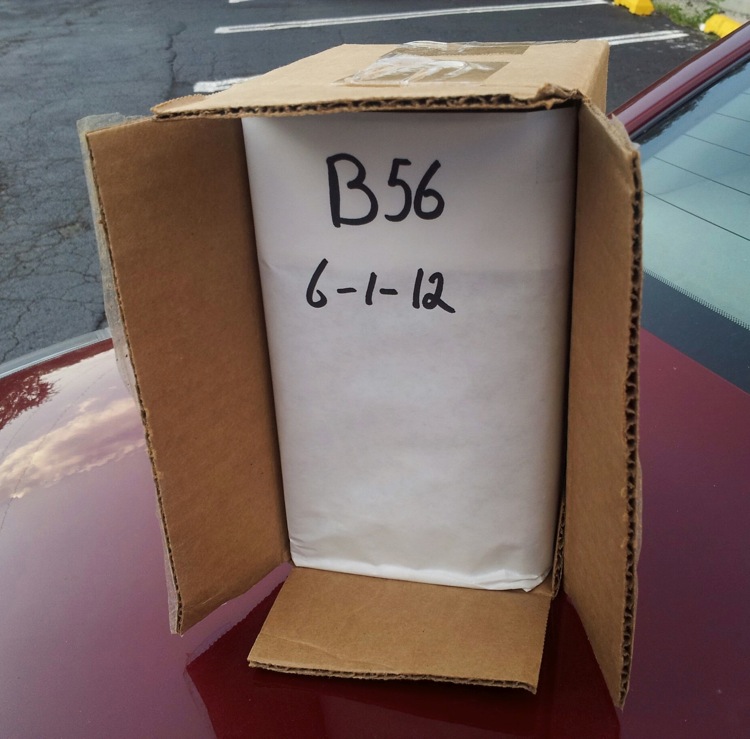 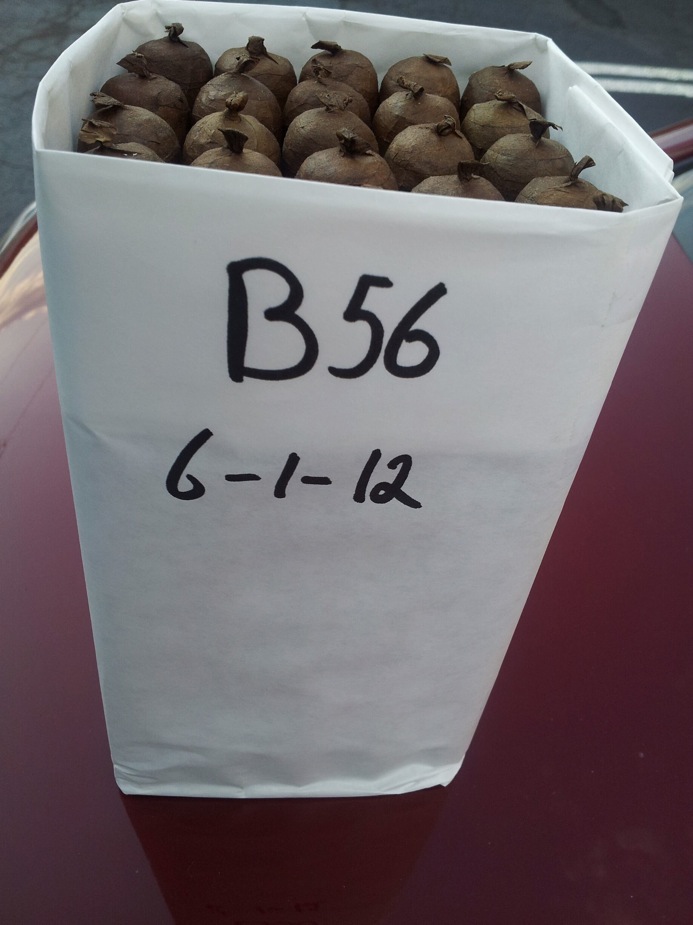 Unfortunately, Khalil acknowledged that while the B-56s are rolled to a 56 ring gauge, they shrink down to a 54. As such he is planning three new sizes that will be identical to the Behike BHK, which are:

While the Casa de Montecristo and TopQualityCigars websites still remain mum on the blend, Khalil told halfwheel it uses a Nicaraguan wrapper with 25% Columbia tobacco, 25% Nicaraguan tobacco, although he refrained from discussing the remainder of the filler blend.

Here’s a picture of the Casa de Montecristo B-56 (top) and Behike BHK56 (bottom): 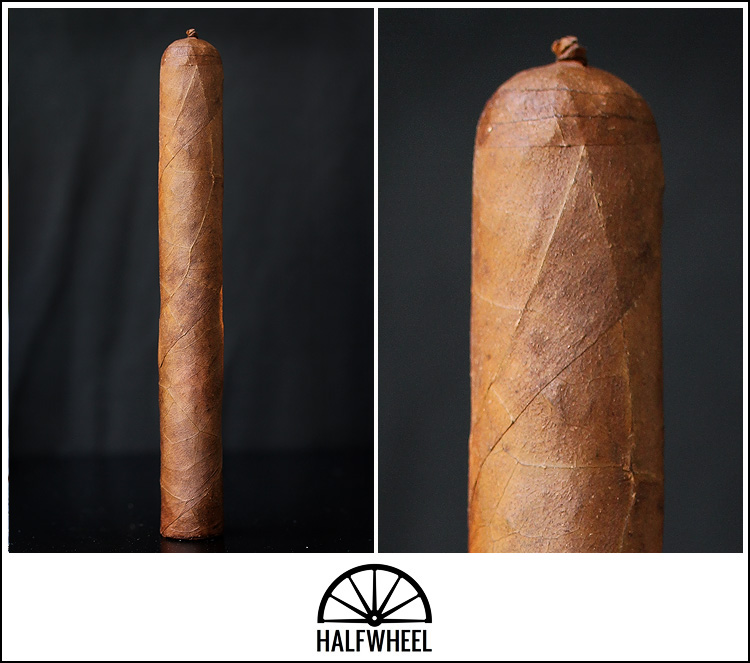 *The first two shipments contained 1,000 cigars each. Apparently another 4–5,000 are sitting in an aging room in Miami.

While the B-56 is attractive on its own, you really see the differences in wrapper leaf above. The B-56 has more veins than its namesake and the seams on the wrapper show much more prominently. The pre-light aroma has notes of brown sugar, banana bread and cedar, with the cold draw going nearly unchallenged and showing varying notes of banana and sourdough bread, which create a back and forth of sweet and sour on the palate. The B-56 has a fair amount of give to it, although I wouldn’t go so far as to say it’s under filled.

The first third of the B-56 starts off with a sour note that is far from enjoyable. That subsides within the first inch or so, leaving behind a bready note which conjures up several different ideas in my head, from sourdough to banana bread. Smoke volume is good, falling short of billowing. The flavor stays light for most of this third with almost no spice or pepper. Ash of the Miami-made cigar is dark and grey, seemingly trying its best to make it all the way to solid black. 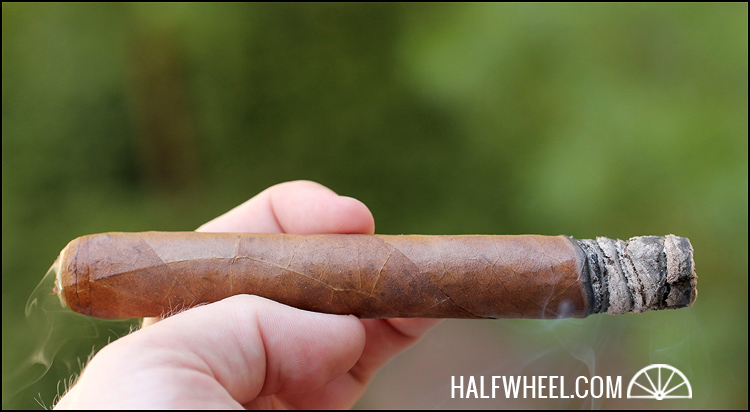 Flavor of the second third comes and goes without much fanfare until the transition to the final third, where the flavor becomes a bit heavier, starting with bread crust and transitioning into some charred chicken notes. A touch of white pepper comes out here as well, adding just a bit of zing to the equation. 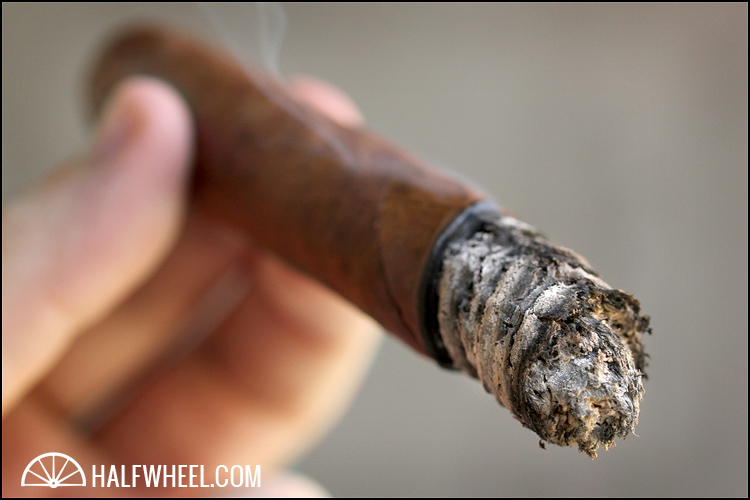 A continuation of the white pepper and charred notes carry the B-56 into its final third, but the subtleties and complexities of a cigar trying to position itself in the class of a Cuban Cohiba Behike BHK simply are not there. The third cigar, smoked after dinner, left a sour, almost bitter taste on the palate that sealed the verdict on the B-56. 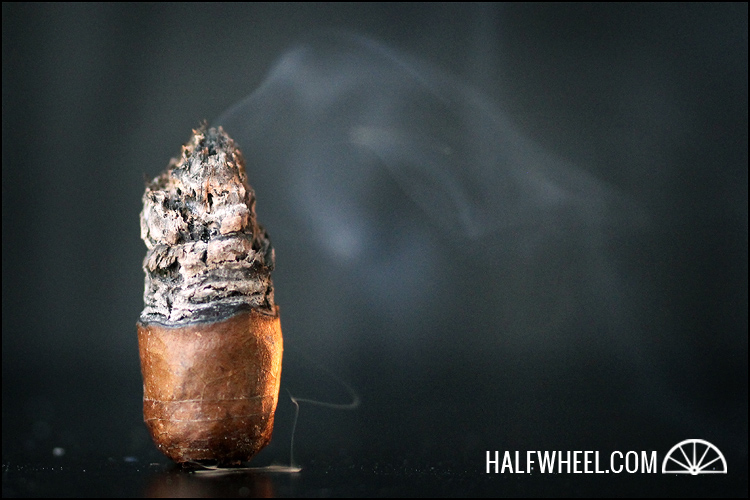 Going into this review, I couldn't help but think that I was going to be smoking a knock-off cigar – a product simply trying to capitalize on the success and notoriety of the Cuban Cohiba Behike. Despite a real effort to find something in the cigar to prove otherwise, I  just couldn't. Make no mistake about it – this is no Behike. None of the three cigars left me really wanting another one, and if anything made me want to grab something else to put a better taste on my palate. If you're looking for the flavors of a Cuban Cohiba Behike, you're still better off going with the real thing. If you think that by smoking the B-56 you'll get a good idea of what the Cuban Cohiba Behike BHK 56 tastes like, you'll be wrong, and sadly disappointed.