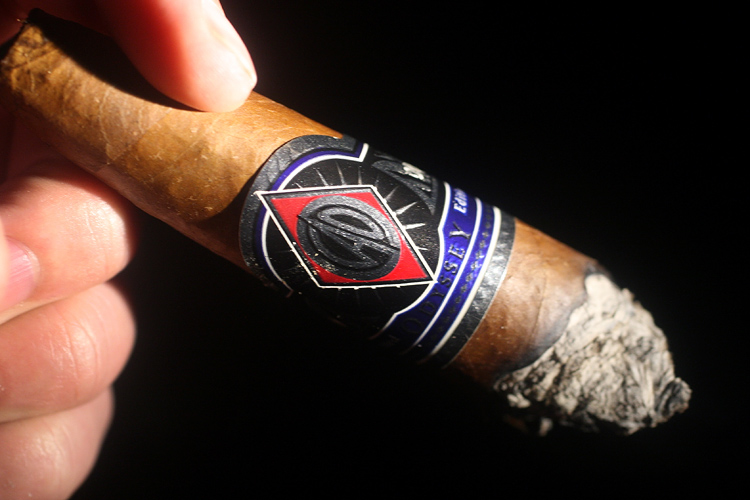 Over the years, CAO has put out a host of limited editions for just about every occasion: anniversaries, television shows, events, etc. Presentation-wise, 2000 would be the year of the big CAO limited editions thanks to two cigars: the CAO 65th Anniversary and the CAO Odyssey. The former was made for company founder Cano A. Ozgener’s 65th birthday, the latter was made as just a limited cigar.

The story behind the Odyssey goes as follows: six different Cuban-seed fillers, Habano-seed binder and an Ecuadorian wrapper. Perhaps more noted, the cigar was allegedly aged for five years prior to its September 1, 2000 release. Given the release and alleged roll date, CAO diehards will know these came from Tabacalera Perdomo, the factory that produced some of the legendary earlier CAOs, which is confirmed by this article from Smokeshop.

Odyssey was sold in a single Perfecto vitola (6 3/4 x 55) with ten coffins to a single box. It’s unclear just how many were made or if there were plans for another edition, although the coffins did read “2000-2001.” 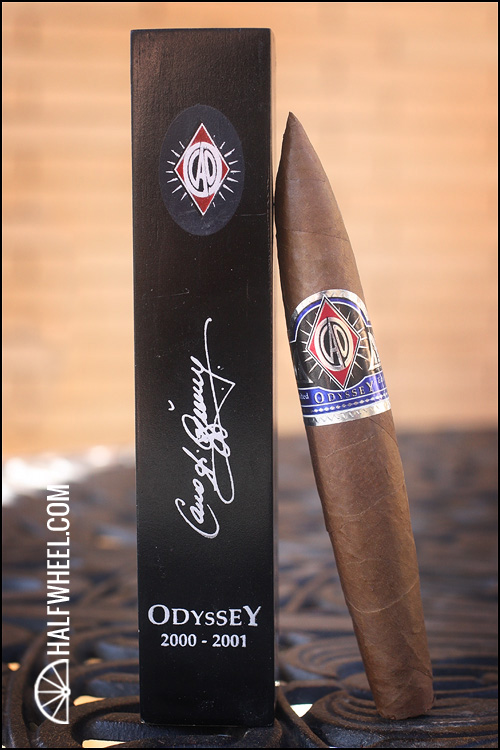 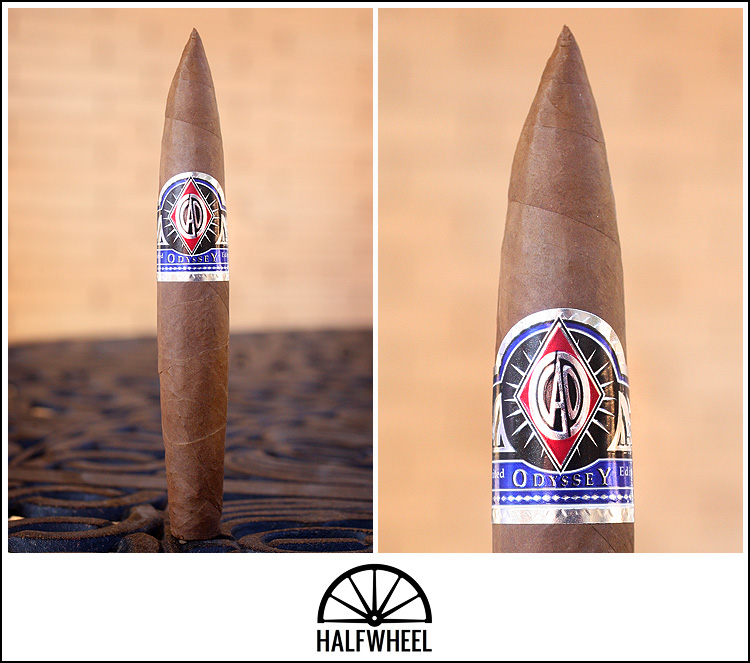 I never really understood putting cellophane on cigars that go in coffin. Either make the coffin correctly or don’t use it. Whatever the case, as you might have guessed, the cigars are packed in both cellophane and coffin. The Ecuadorian Rosado wrapper has a dark leather hue with no signs of reds. Aroma off the CAO is an aged leather, sweet cocoa and mocha notes — it’s full, but you can also tell it’s expiring. The foot of the Odyssey provides much of the same, but much stronger and developed with an added musty grass. Cold draw is fruity, a bit citrus, wheat, earth, bit of coffee and some sweetness. It’s smooth and long, but once again, signs of better day syndrome are written all over it.

The first third begins with a mushy chocolate, roasted flavors, a touch of white pepper and citrus on the Odyssey’s finish. Unfortunately, the complexity tones down quite a bit to a relatively creamy cedar and nuts with the same citrus as the beginning. Smoke production leaves a lot to be desired, although the dark ash has no problems forming on the CAO. 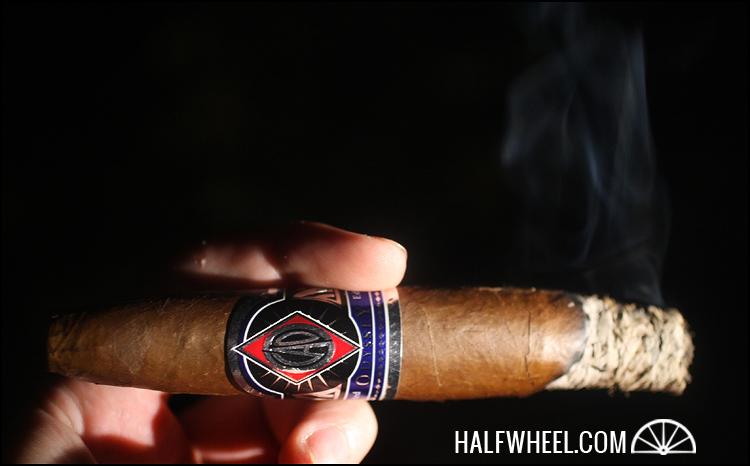 Into the second third and whatever joys were originally present in the CAO Odyssey are entirely gone. It’s not as if the cigar becomes offensive, but it definitely gets worse. There’s a core of a generic moist earth with bits of pepper and cedar around it — not particularly great. The flavor is still full, the body is still barely medium-full and the strength is still medium. Construction is sub-par, but at least the draw is consistently and workable. 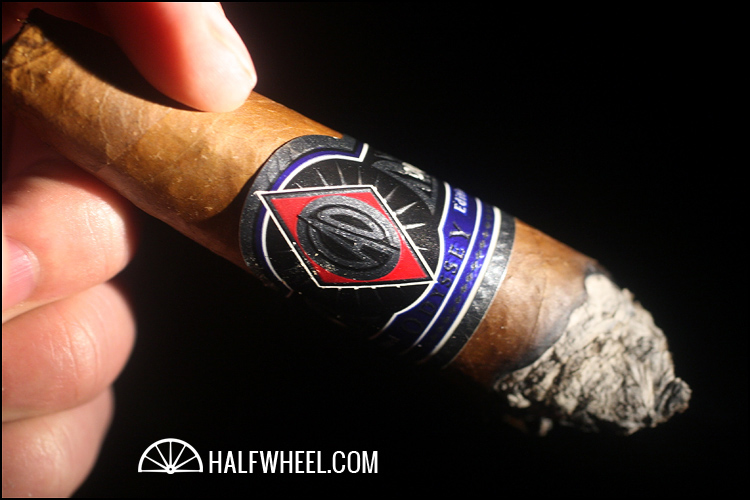 The final third continues the trend, getting worse. With less than three inches left the entire flavor profile just turns mushy. It’s a word I used from the start of the Odyssey and one I don’t use very often, but it’s entirely applicable. Flavor-wise, sweeter earth and leather, but honestly, there’s not much worth trying to figure out. Everything else continues the same and eventually it’s just time to give up. I heard a CAO radio spot the other day. The basic premise was simple — our cigars are just cooler. I don't think this is exactly a new (read General) way of thinking at CAO, this seemed like something that's been around from a while. As far as the packaging goes — Odyssey is great. As far as narrative goes — Odyssey had a decent story. As far as the cigar — this was bad. I imagine this tasted a lot better a few years ago, there were plenty of signs of this, but at this point CAO Odyssey is unfortunately unforgettable.