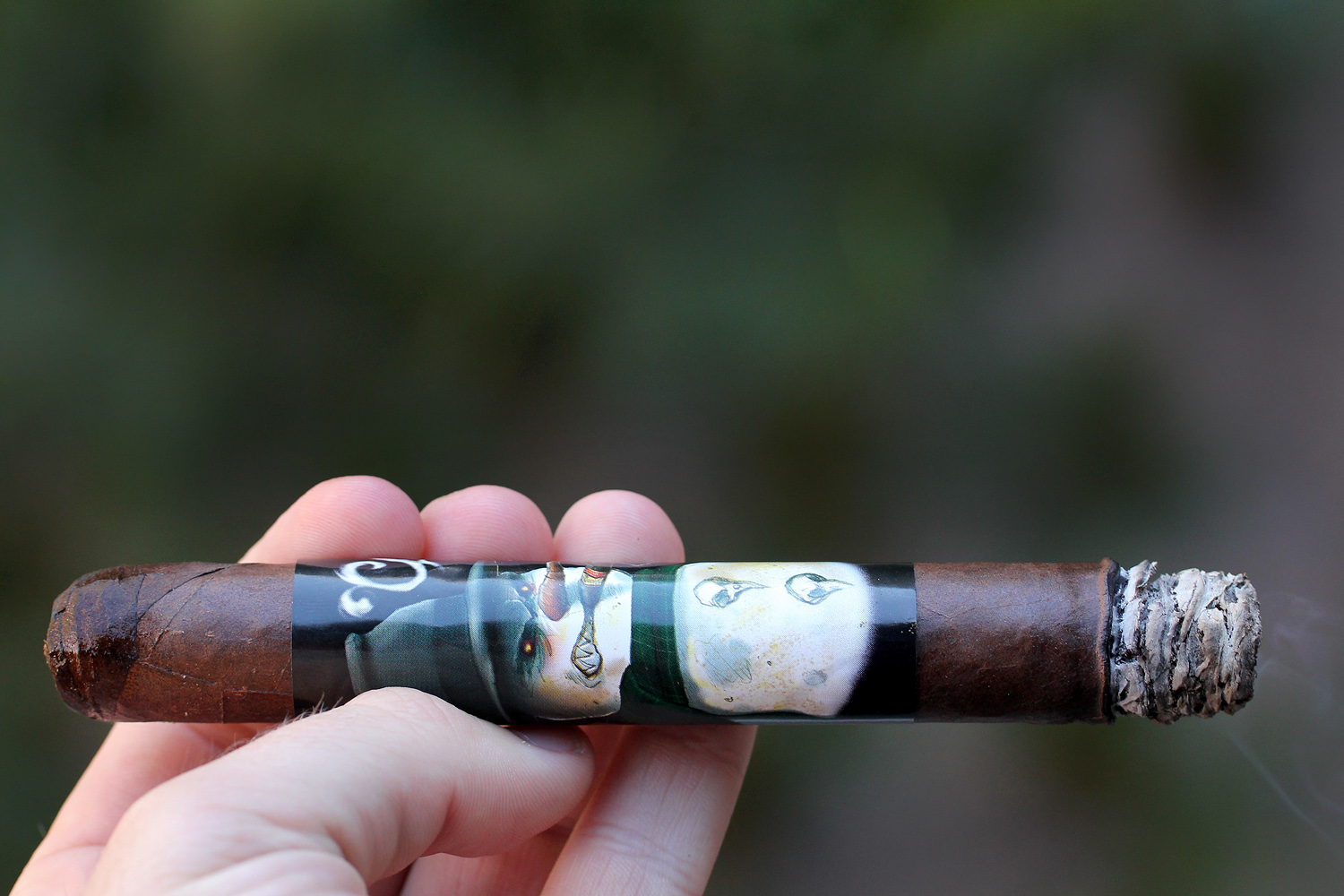 CAO’s La Traviata line was a boom almost as soon as it was released in 2009 at the industry’s annual trade show which was held in New Orleans that year. With a quality flavor profile and a price tag around five dollars before taxes, it was an easy cigar to try and it developed a significant fan base among both consumers and critics.

At the 2010 IPCPR Convention and Trade Show, the company added the La Traviata Maduro, which gained similar praise and replaced the Ecuadoran Havana wrapper with a Connecticut Maduro. While the brand has added several new lines in recent years, the La Traviata remains one of their mainstays and seems to still be a popular cigar in the humidors of numerous retailers.

The line has added sizes in that time and now numbers six regular production sizes in both lines, an additional size for the original line and three special editions:

*The Ninfas size is only available in the natural CAO La Traviata line.

The La Traviata name draws its root from a early 20th century Cuban brand that was made at Tabacalera Cubana Agramonte No.106, which General Cigar says is remembered for its strict adherence to the traditional principles of Cuban cigar craftsmanship. Tim Ozgener, who was president of CAO at the time of the La Traviata’s release, said that the inspiration for the cigar came from smoking numerous classic Cuban cigars.

In early November, we reported on news of a pair of new limited edition, winter-themed releases from CAO: the CAO La Traviata Angry Santa and CAO La Traviata Maduro Evil Snowman. Both are said to deliver spicier, more complex takes on the original blends due to the use of “the best primings for each,” though specifics on what that means were yet to be released by the company. Since this review was originally published, a post on CAO’s blog says that the wrappers came from higher primings, while the blend was tweaked and uses “tobacco from different origins to create slightly spicier, more complex flavors.”

The cigars are being made available exclusively to brick-and-mortar retailers nationwide who have supported the La Traviata line, and it has already begun to show up at retailers who placed early orders. They feature unique artwork and boxes that look like this: 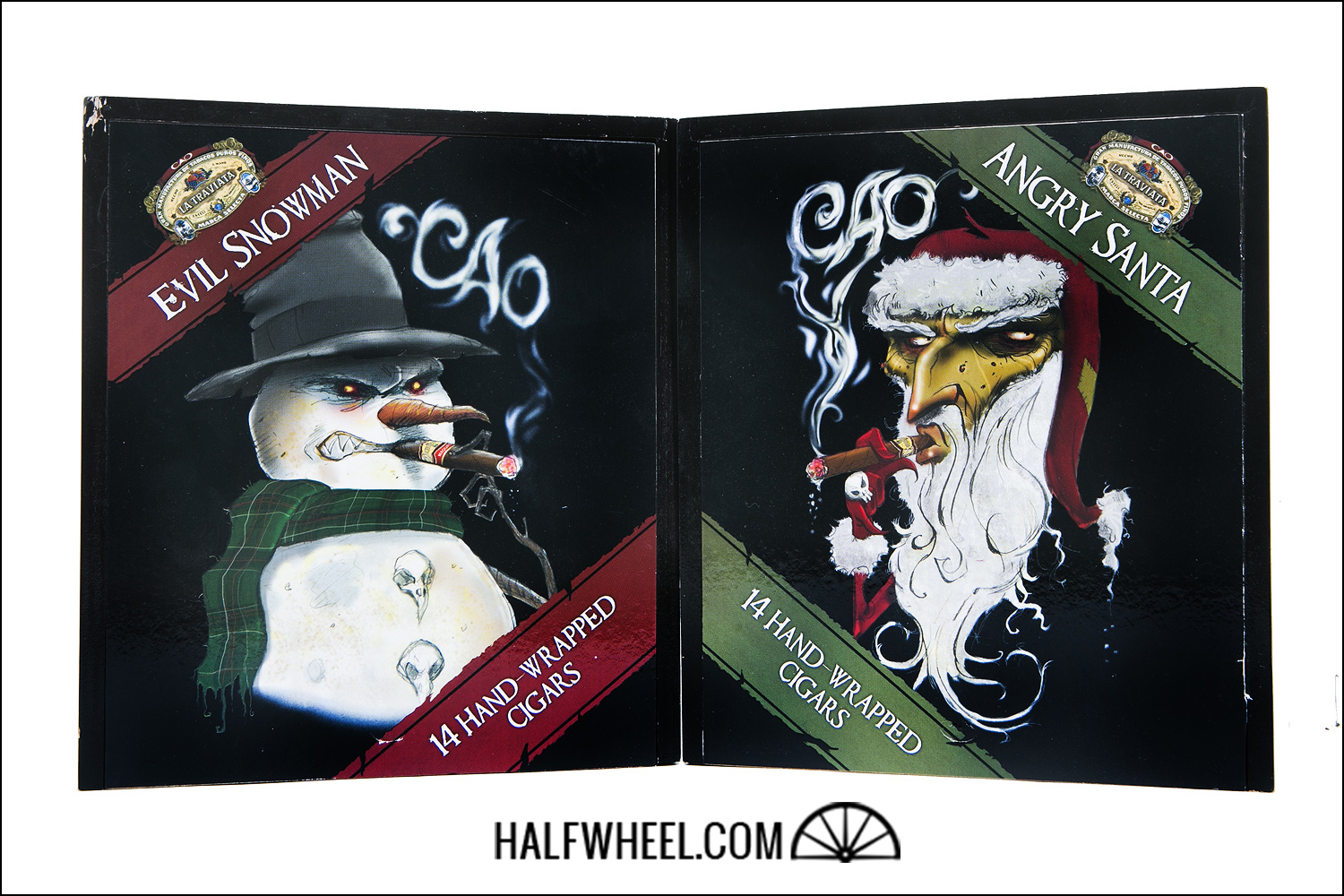 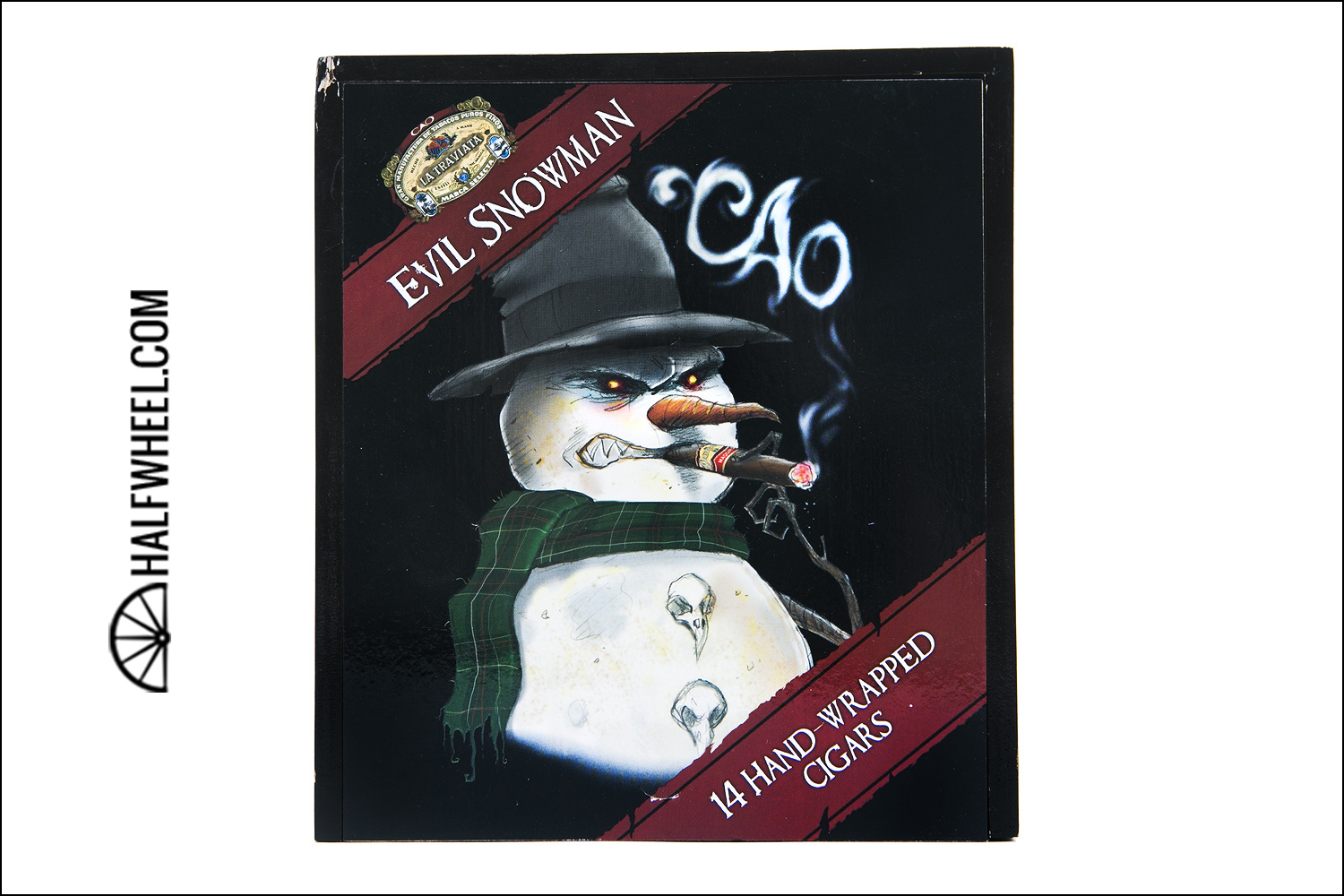 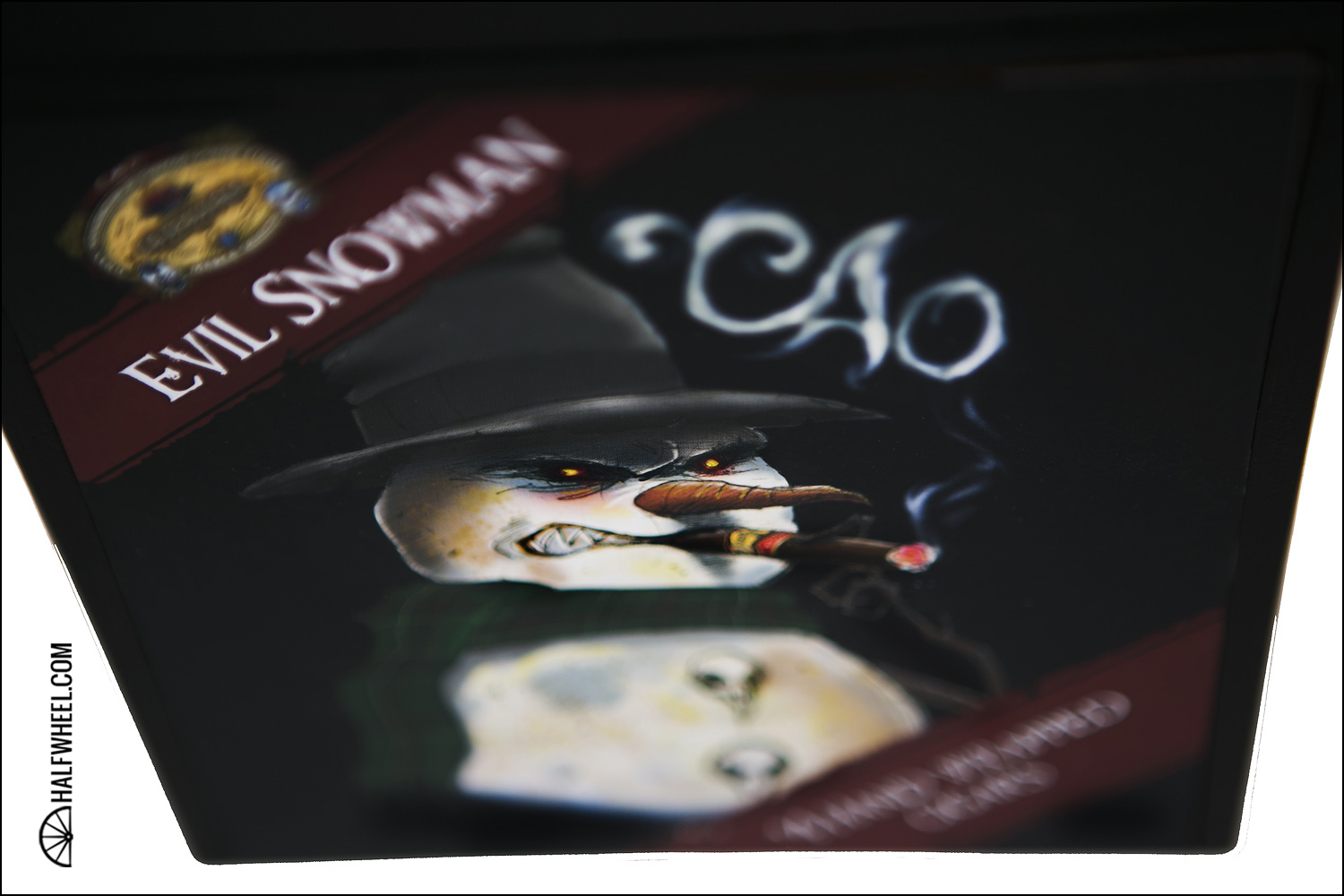 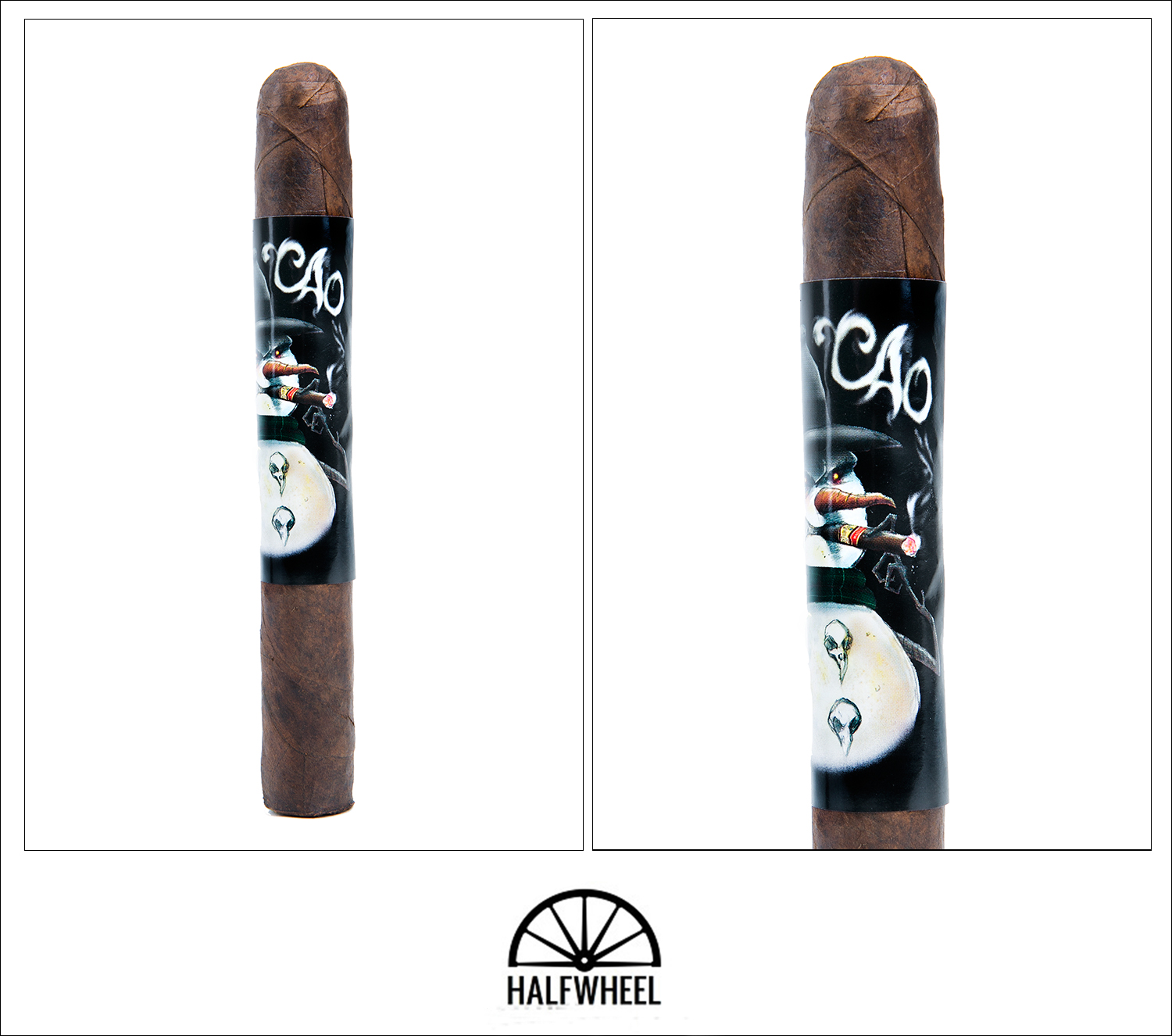 The CAO La Traviata Maduro Evil Snowman is a sizable specimen in the hand, but one that feels familiar as the 6 1 /2 x 52 vitola has been used more and more for limited editions and single store releases — more on that in the notes below. The band covers quite a bit of the cigar, as it’s over three inches long and feels a bit thicker than I would have expected, leading me to wonder if there isn’t some kind of hidden surprise waiting underneath, or if maybe it’s a sticker being used as a band. What is visible of the wrapper reveals a dark, oily brown leaf with a decent vein structure and some variance in color. There are a few bumps and one side seems a bit flat, while the wrapper has a bit of tooth. While it has its firm spots, there is some give to be found although the large and somewhat thick band makes it hard to get an accurate read on the whole cigar. The cold draw aroma evokes notes of wet leather, damp soil and a touch of dark chocolate, with no pepper or spice to be found. It has a bit of resistance but doesn’t overly impede that air flow, as it has a more pronounced note of hot cocoa and what seems to be a faint touch of pepper.

The start of the CAO Evil Snowman is very agreeable, with a medium-full flavor and rich smoke getting things going, delivering notes of earth and a bit of black pepper with just the slightest bit of char lingering on the tongue. Pepper proves to be an formidable part of the equation in the first third, saturating the middle of the tongue with a tingling and lingering dose with each puff. With such a large band, a quick tap of the ash is needed a bit earlier than it seemed it could have hung on for, and a removal of the band revealed no hidden surprise underneath; not a sticker, just a sizable band with the evil snowman on it. The pepper starts aiming more for the nose than the tongue, as the flavor has lightened up a bit and skews more toward dry wood with a bit of dry earth before a bit of juicy sweetness seems to join the party. While the burn line was a bit wavy to start, it has corrected itself nicely and now burns straight and even heading into the second third. 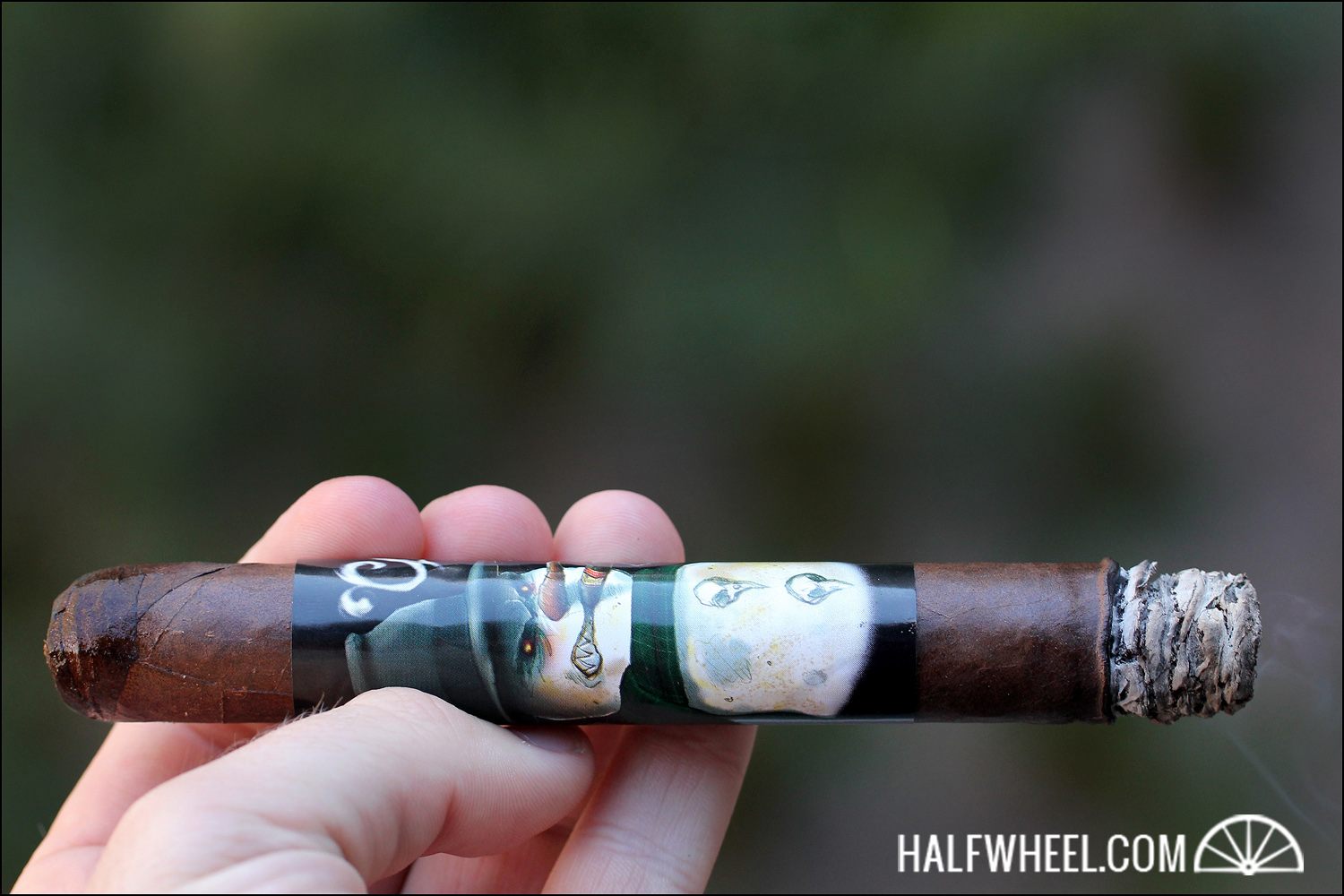 The first retrohale of the CAO Evil Snowman was done just as the cigar was beginning its second third, and for a stick packing a steady stream of pepper onto the tongue as well as a fair amount for the nose, the retrohale was surprisingly smooth and pleasant. Up until the midpoint, the flavor continues to become gradually lighter, or maybe more accurately, less heavy. It stays medium to full in terms of intensity, but the wood, earth and pepper have evolved quite noticeably. At the midpoint, there seems to be a shift towards a slightly heavier profile with the earth note shedding the touch of dry clay it had picked up. The draw also seems to tighten up just a bit and the cigar picks up more of a sharp wood taste with added pepper, both building in intensity as it heads towards the final third. A second retrohale at this point proved to much more peppery, while the cigar continues to burn well with sufficient smoke production and a straight burn line. 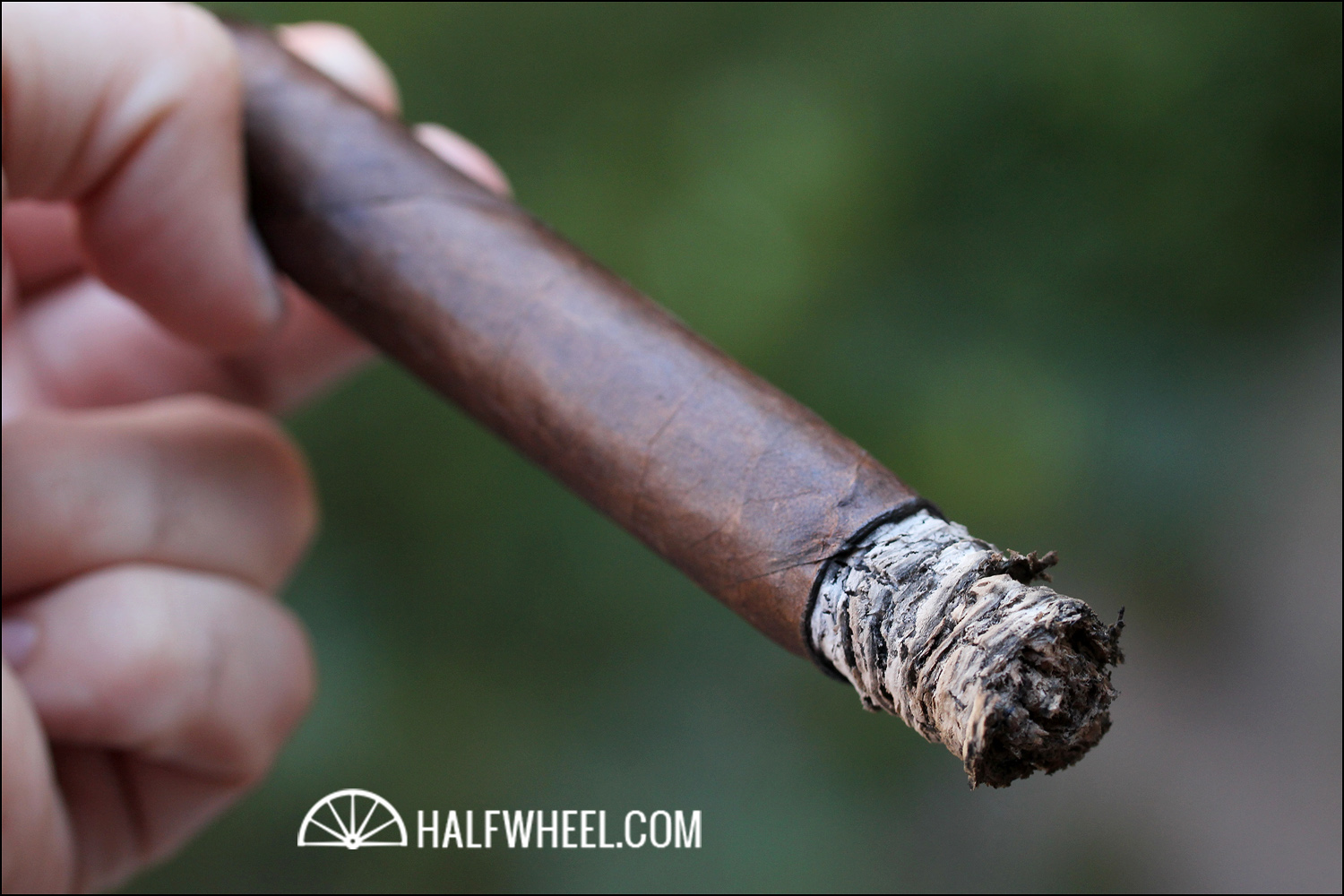 In the final third, what distinctive flavors the CAO La Traviata Evil Snowman offered earlier have become muddled and much less singular, almost as if the flavor balloon that been building suddenly collapsed on itself. It’s not long before the rebuilding process begins, led by a good bit of pepper that delivers some front of the tongue bite and that same core wood note found earlier returning to the forefront. There’s no coasting into the finish line as the pepper seems to turn spicy with the proximity of the heat, evoking notes of Sriracha or other hot sauces. A quick touch up may be needed to take the cigar down to its nub as it seemed to become a bit harder to keep lit, but that will ultimately be left up to you. If you keep the heat low, you should be able to smoke the Angry Snowman fairly far down. 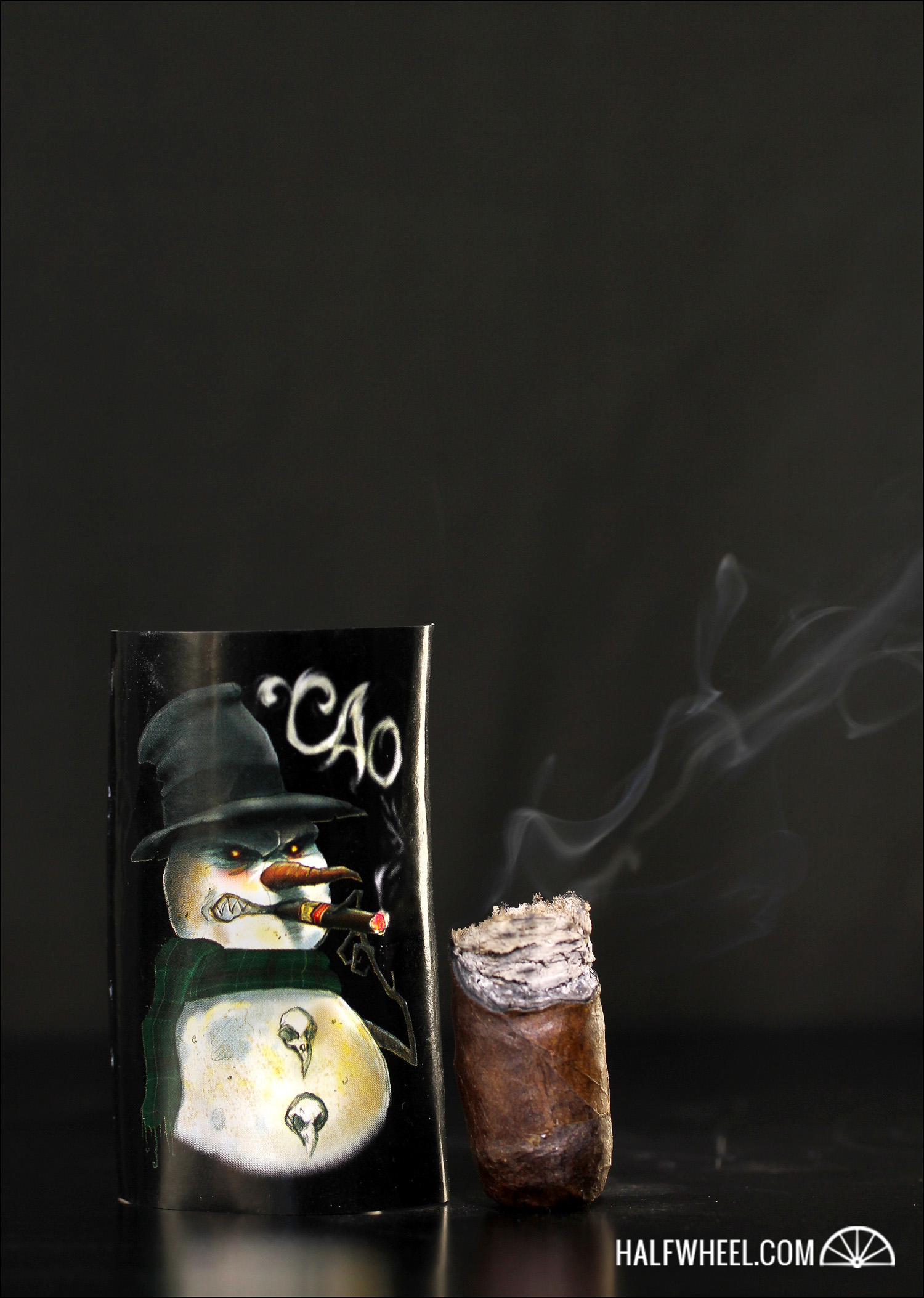 Update (Nov. 25, 2013) — A Nov. 21 post on the CAO blog revealed details about the blend and origins of the CAO La Traviata Maduro Angry Snowman that were not known as the time this was originally posted. The original post listed the blend components as being the same as the original CAO La Traviata Maduro, which are a Connecticut wrapper, Cameroon binder and filler from Nicaragua and the Dominican Republic. The correct information appears above.