Last April, General Cigar Co. announced a new promotion for its CAO brand, Last Stick Standing. Three different 5 1/2 x 54 cigars—labeled C, A and O—would be handed out to consumers at events over the course of three months, consumers would vote on which one they liked best. While the C blend was tweaked to become the CAO Concert, the O blend was actually the winning blend. Later that year, it was announced that it would be released in the form of the Hurricane.

It took some more tweaking, but this past May a 6 x 54 version of the cigar began shipping to retailers. Limited to just 3,000 boxes of 10 cigars, it has joined a host of other limited edition CAOs that have been released this year.

The Hurricane features red and black branding with great matte black boxes that have a curvature that reminds you of a humidor. 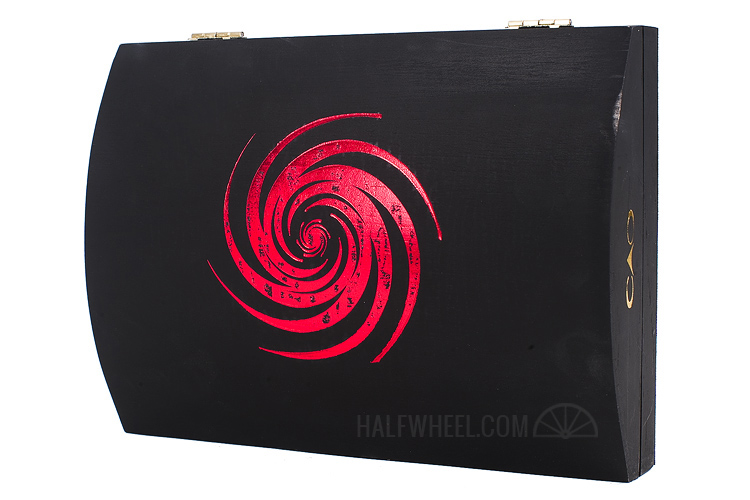 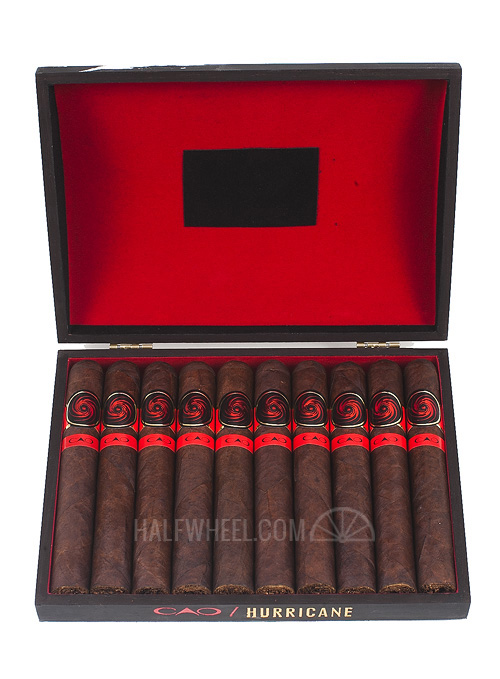 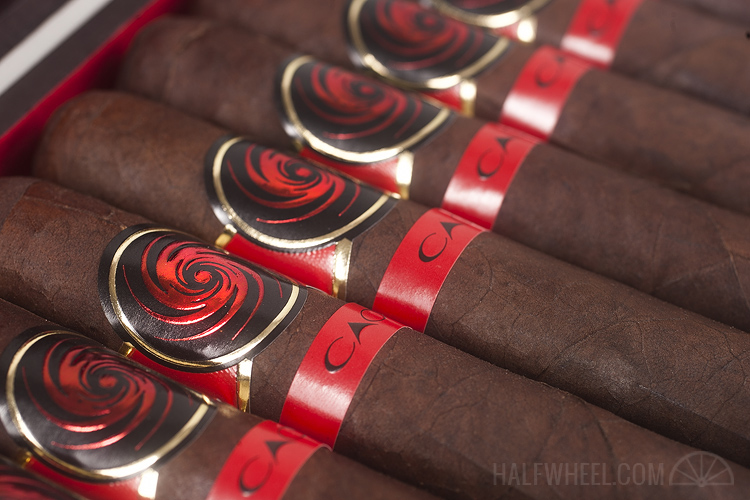 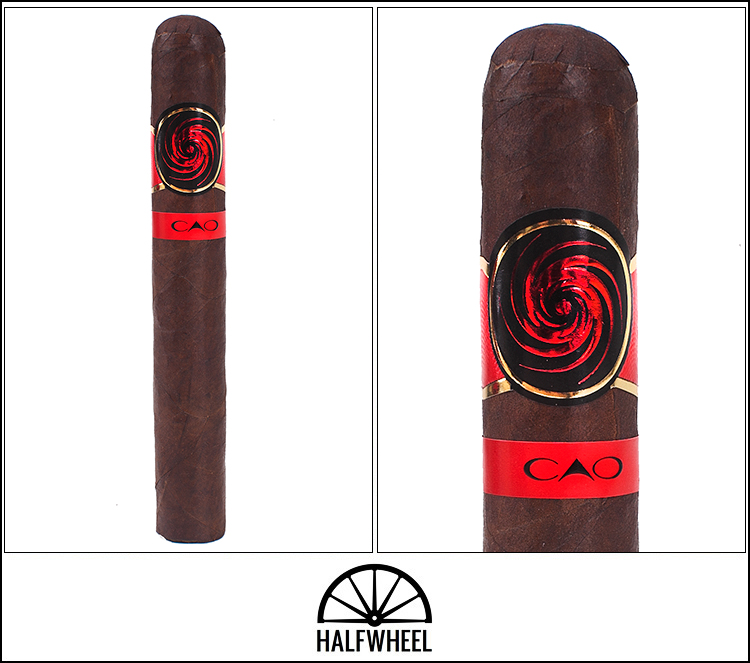 I really like the packaging of the Hurricane and it definitely is helped by the Dark Nicaraguan wrapper. The cigar looks great with a decent bit of reds in the wrapper itself, no doubt helped by the bands and tons of oils. It’s soft in the hand with great weight, albeit a bit dry. It’s a medium plus aroma from the wrapper. muted notes of earthy barnyard with a hint of woodsy sweetness. From the foot, a more pungent and stronger dark barnyard note with woodsiness, increased sweetness and a hint of pepper. Cold draw provides some natural tobacco sweetness with a lot of veneer-like flavor and some pepper on the front of the tongue.

Depending on the cut, the first third starts either loose or tight, more on that below. Regardless, the Hurricane begins with some generic woodsiness that transforms into a heartier cedar, peppers throughout the tongue and a good bit of strength. Unfortunately, the Hurricane has an unpleasant burnt aroma. The core of the CAO is woody with some underlying sweetness, there’s spices and sweetness underneath and occasionally delicacies of coffee and leather. The aroma has managed to become even more unpleasant: burnt barnyard.  Construction is marred by the draw, which I never figured out, but with a loose draw there’s plenty of smoke production. 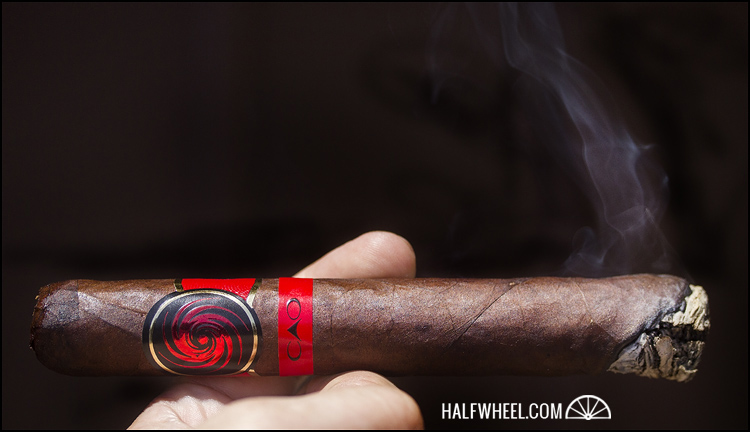 By the beginning of the second third the power of the Hurricane has become more than apparent. The cigar was solidly full in the first third and it isn’t letting up in the second third. Flavor-wise, the CAO is much creamier, there’s a touch of white pepper on the tongue with woodsiness still the main focus. It’s a step in the right direction, but I’m not sure how much it matters. Through the nose the peppers are drowning out other notes making the flavor profile a bit more simplistic than it actually is. As the final third begins I’m a bit bored. Even when the cigar burns quicker, the Hurricane is the same sort of earthy woodsiness that it started with. It’s not a carbon copy, but it’s the same basic core with little changing elsewhere. The creaminess and peppers both pick up, but it’s secondary notes. The cigar doesn’t get hot before I put it out, but I barely make it to the inch mark. Update: The original version of this review indicated the cigar contained only Nicaraguan tobacco. The review has been updated to reflect CAO’s website.

I didn't smoke the Last Stick Standing blends, but I definitely wouldn't vote for this. I actually thought the OSA Sol was a good release, the Concert marketing wasn't for me, but the cigar is a decent buy; the Hurricane is not. At no point of the two plus hours it took me to smoke the Hurricanes I tried was I impressed, excited or even intrigued by the flavor. This was a strong, full and boring cigar. It wasn't awful, but it wasn't good.