The roots for the Natural Disasters line started a couple of years back in 2012 when CAO released three cigar packs for their Last Stick Standing contest in which customers could vote for their favorite blend at which point the winner would be released. The winning cigar ended up being their Hurricane release last year. Since the release was a success, CAO announced last month that it was adding three cigars alongside the Hurricane and calling the line Natural Disasters. The bright orange band is a cool design and is a stark contrast to the medium brown color of the wrapper. While the wrapper of the Earthquake is not rustic, it’s still very visibly a leaf with the spider webbing of veins still visible. Despite this, the wrapper is still fairly soft and has a nice light oily sheen to it. The cigar is quite firm without much give or any soft spots, though it feels quite light in my hands. The aroma coming off the wrapper is fresh tobacco, hay and barnyard while the cold draw is a very bright fresh grassy note with a hint of vanilla and dried fruit.

The first third begins with some more light grassy notes and the slightest bit of sweet dried fruit, though a black pepper note is definitely the leader of the pack. The draw is a bit on the tight end of manageable and the burn is even but a little wavy. A little bit of hot cinnamon has worked its way into the profile and an underlying harshness starts creeping into the picture. The brownish gray ash holds on quite strong to well past an inch. Pepper fades along with the grassy note, while the dried fruit and hot cinnamon take center stage. The second third sees a noticeable improvement in the burn line, having correct itself to an almost perfect line. The draw has opened up a little as well, making it not so tight and in turn producing more smoke. A leather note has added itself to the previous dried fruit and cinnamon notes though there is still a bit of an unpleasant bite to it all. As I move through this section the draw continues to open up, but with it the profile’s enjoyable notes seem to fade somewhat while the unfortunate harshness continues underneath. The leather, dried fruit and cinnamon take on an airy persona, leaving the cigar to feel a bit hollow as far as the flavors go. The final third leaves the cigar with wispy memories of the flavors – they’re still there if I concentrate hard enough but for the most part the cigar is bitter and harsh. On the positive side of things the burn line continues evenly and construction overall is good. Though the cigar has somewhat devolved into a bitter mess it does smoke cool and even all the way to the end. 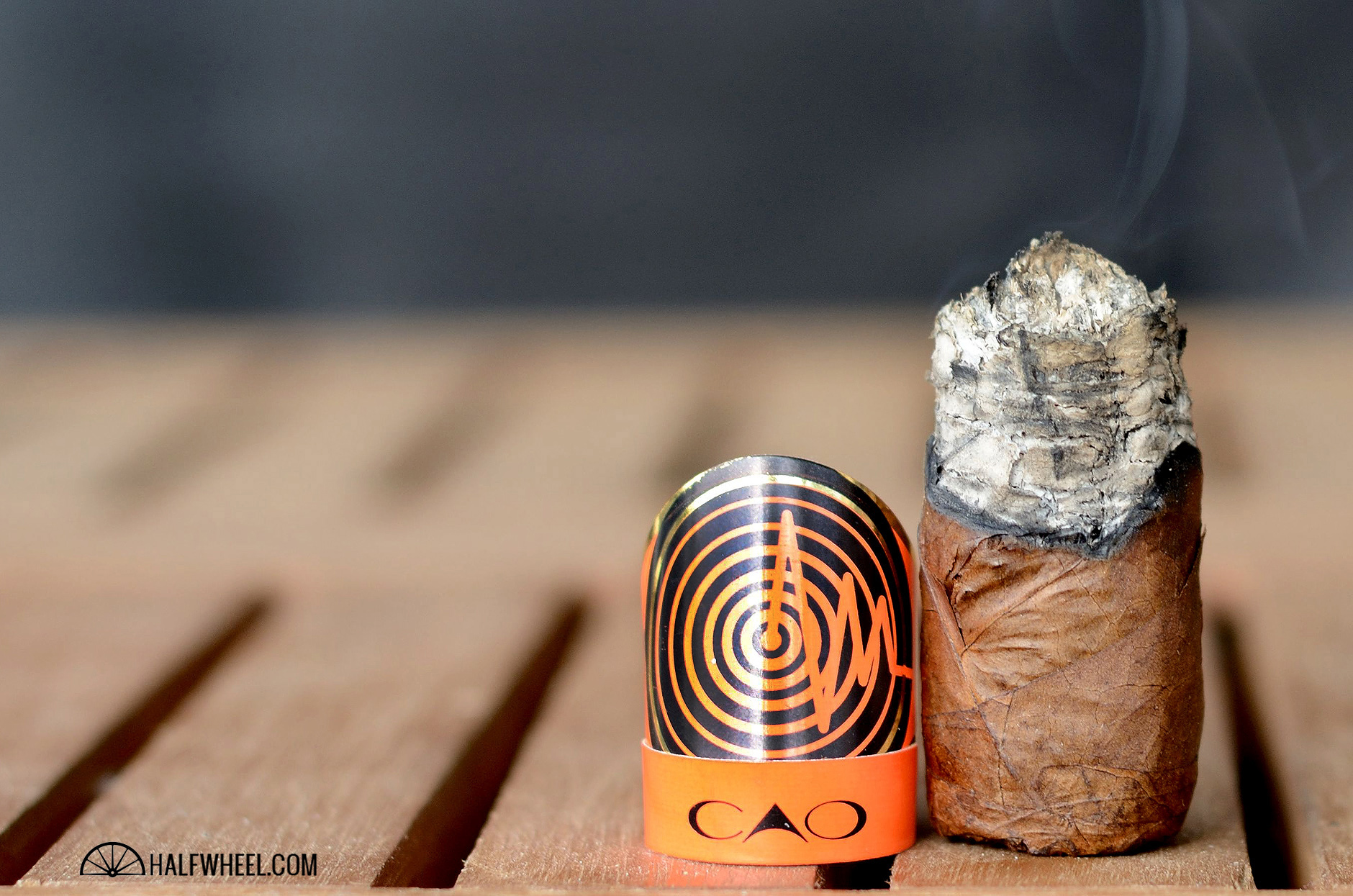 The CAO Earthquake had some potential. Cool artwork, pretty good construction and some flavors that meshed together nicely - all those are the makings of a good cigar. The biggest problem I experienced was the completely and utterly inconsistent profile of the cigar. If you take the average of each half of the three samples I smoked, two out of three of the samples could be considered harsh throughout the entire cigar. The fact that there were some decent flavors when they were allowed to shine tells me that the blend had potential, but something went terribly wrong in the process. Honestly these cigars are cheap enough that you could take the gamble to try them out yourself, but the sheer inconsistency of the Earthquake's profile makes it so I can’t really recommend them.