Today we’re taking a look at the Cain Daytona NUb which was only available in raffles at STUDIO TOBAC events. The NUb size was first introduced back in 2008 and slowly started being introduced as available sizes in the Cain line. First, the Cain Habano and Maduro blends were released in NUb form and the following year the Cain F line followed suit.

When the Cain Daytona was introduced in 2011 one might assume that STUDIO TOBAC would continue expanding the NUb sized Cain line as well. Up until now this hasn’t been the case, however while these are in fact Cain Daytona NUbs there are no current plans to release these as regular production.

Other NUbs and Cain Daytonas that have been released with no current plans for regular production include:

All of the above except the Barberpole were either in the 2011 or the 2012 STUDIO TOBAC World Tour samplers that were given out at events with a box purchase. The Cain Daytona NUb was only available by winning it from the raffles. 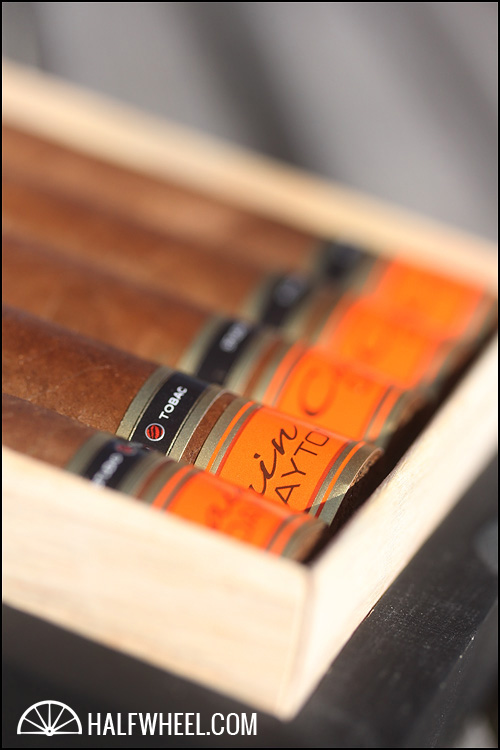 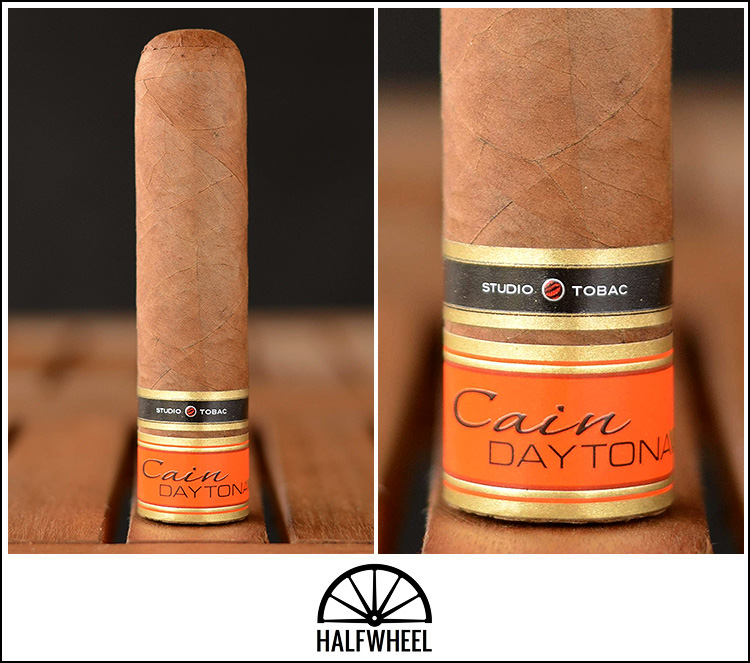 I’ve always been impressed with the delicate, silky smooth and slightly oily wrappers that the Cain Daytonas have and the NUb version is no different. The wrapper is an even caramel color with some noticeable veins and is seamlessly applied. There is very little give to the cigar when squeezed but I wouldn’t call it anywhere near hard and the draw is perfect. Cold draw notes include sweet tobacco and hay along with some minor cedar in the background. The aroma coming off the wrapper is very similar with more barnyard than hay.

Starting off the first third the NUb sized Daytona is very similar to all the other Daytonas I’ve smoked; a slight bite of pepper, some cedar, a little cinnamon, and a bit of nuttiness make up the initial profile. As previously stated the draw is perfect and smoke production is your normal Nicaraguan affair, which is to say thick and billowing. After a little bit the cigar has smoothed out losing a little of the pepper and growing into an overall sweet profile. The second third continues slightly sweet with the aforementioned cedar, cinnamon, and nuttiness but some minor background notes of vanilla and toffee have developed. In true NUb form the dark gray and white ash holds firm until I roll the ash off. The burn has gotten slightly uneven but a little touch up easily fixed the issue. It continues into the final third with the sweet and smooth profile not really developing any new notes but keeping consistent until the very end. The strength has built a little towards the end but it is still a fairly mild to medium strength cigar. Smoking slow and steady I was able to nub this NUb without it getting hot or harsh at the end. The Cain Daytona line is a cigar that I absolutely love smoking in the morning with my coffee. It’s a milder Cain without giving up its great flavor profile and is perfect when you want a lighter cigar. The constructions is top notch as I’ve experienced with all STUDIO TOBAC and Oliva cigars across the board. The cigar smoked slow and cool as is NUb’s claim, and even though this is a 60 ring gauge cigar and I usually prefer something a little skinnier, something about the NUb shape makes it acceptable. These will easily appeal to Cain fans and NUb fans alike so overall I’d say it’s a no brainer to produce these along the regular Daytona sizes and I hope that’s a possibility in the future. In the meantime either seek out a friend who won a box or get to a STUDIO TOBAC event and try to win one yourself, they’re worth the trouble.