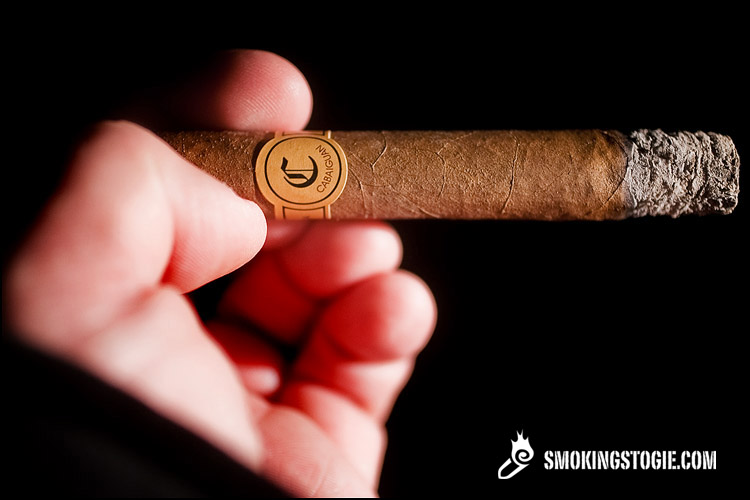 I have been smoking a few of the Cabaiguan WCD 120s lately, and have been enjoying them quite a bit.

The BOTL.org Pete Johnson Reference Guide says it so well, I don’t think I could expound on it:

This was a truly limited release Cabaiguan, measuring 4 5/8 x 42 and worth $7.70 each in a 12 per box packing, the WCD were released to celebrate W. Curtis Draper’s (a cigar shop in Washington, DC) 120th anniversary in 2007. Originally intended to be 120 boxes, they ended up being 150. These cigars with a regular Cabaiguan band, yet a pig-tail, are, according to Vitolas.net: “more spicy upfront than your typical Cabaiguan, but mellow into the typical smooth creamy Cabaiguan profile later on in the smoke.”

The box is surprisingly small for having 12 cigars in it and looks like this: 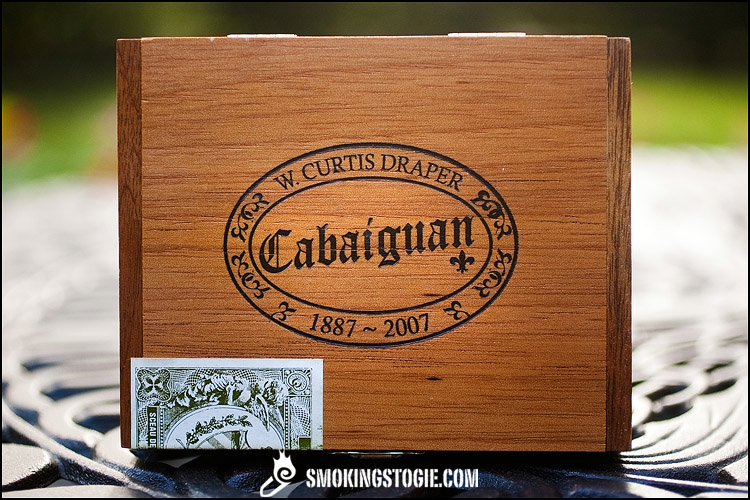 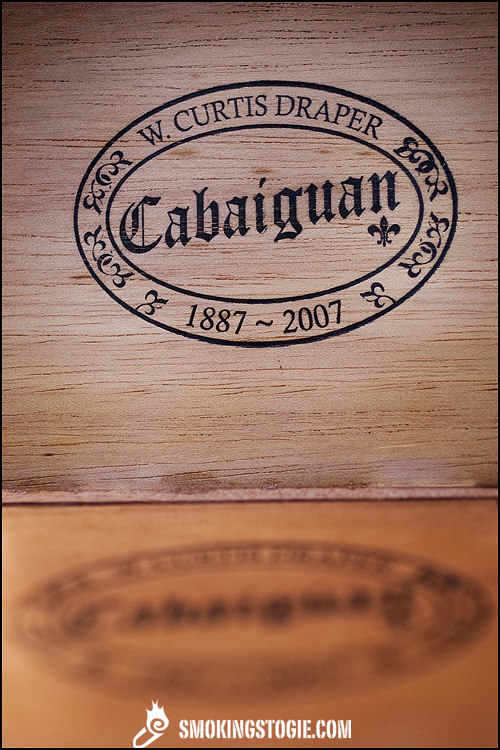 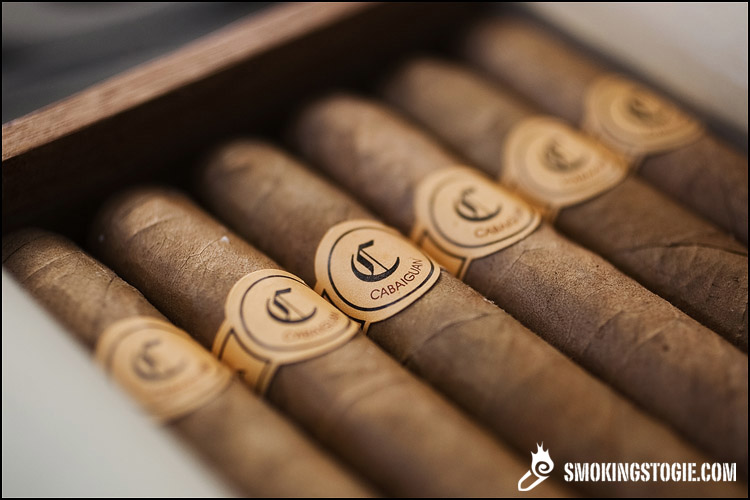 The cigar itself is fairly small, but a great size with a light golden brown wrapper that belies its strength. It has a cute little pigtail on top as well, is very firm when squeezed and is extremely well-constructed. Dominant flavors are pepper, quite a bit of it, actually, cedar, a spicy earth, roasted nuts, and just a touch of floral, especially in the last third of the smoke.

The cigar starts out extremely spicy with a bit of pepper and earth, and stays that way until about halfway through, when it mellows out almost instantly to a creamy and nutty profile with just the right amount of spice and pepper to pull it all together.

Basically if you took any of the larger Cabaiguan smokes, compacted the flavors into a petit corona size and added a pigtail, the Cabaiguan WCD 120 is what you would be left with. This cigar is extremely enjoyable and definitely the best out of the Cabaiguan lineup, honestly, not even close. It also has a amazing Cubanesque note that is hard to place, but easy to enjoy. Awesome burn, great draw and ideal balance all equal a great smoke.