Earlier this month, Binny’s Beverage Depot, the Illinois-based chain of liquor and tobacco shops, announced that it had received a store-exclusive release from Curivari’s Buenaventura line.

The cigar was announced in early September, a somewhat surprising bit of news given the Curivari is a very under-the-radar company when it comes to news and projects such as this.

The Buenaventura line was launched in 2012 as a value-oriented option in the Curivari portfolio, as each of the three core sizes—the 6 x 60 BV600, 5 1/2 x 56 BV560 and 5 1/4 x 50 BV500–-all retail for under $6 per cigar, before taxes. Despite having been on the market for more than two years now, the Buenaventura line remains absent from the Curivari website, and there’s little information about its backstory available online, other that brand owner Andreas Throuvalas, himself a former cigar retailer, wanted to deliver a flavorful yet still wallet-friendly cigar. 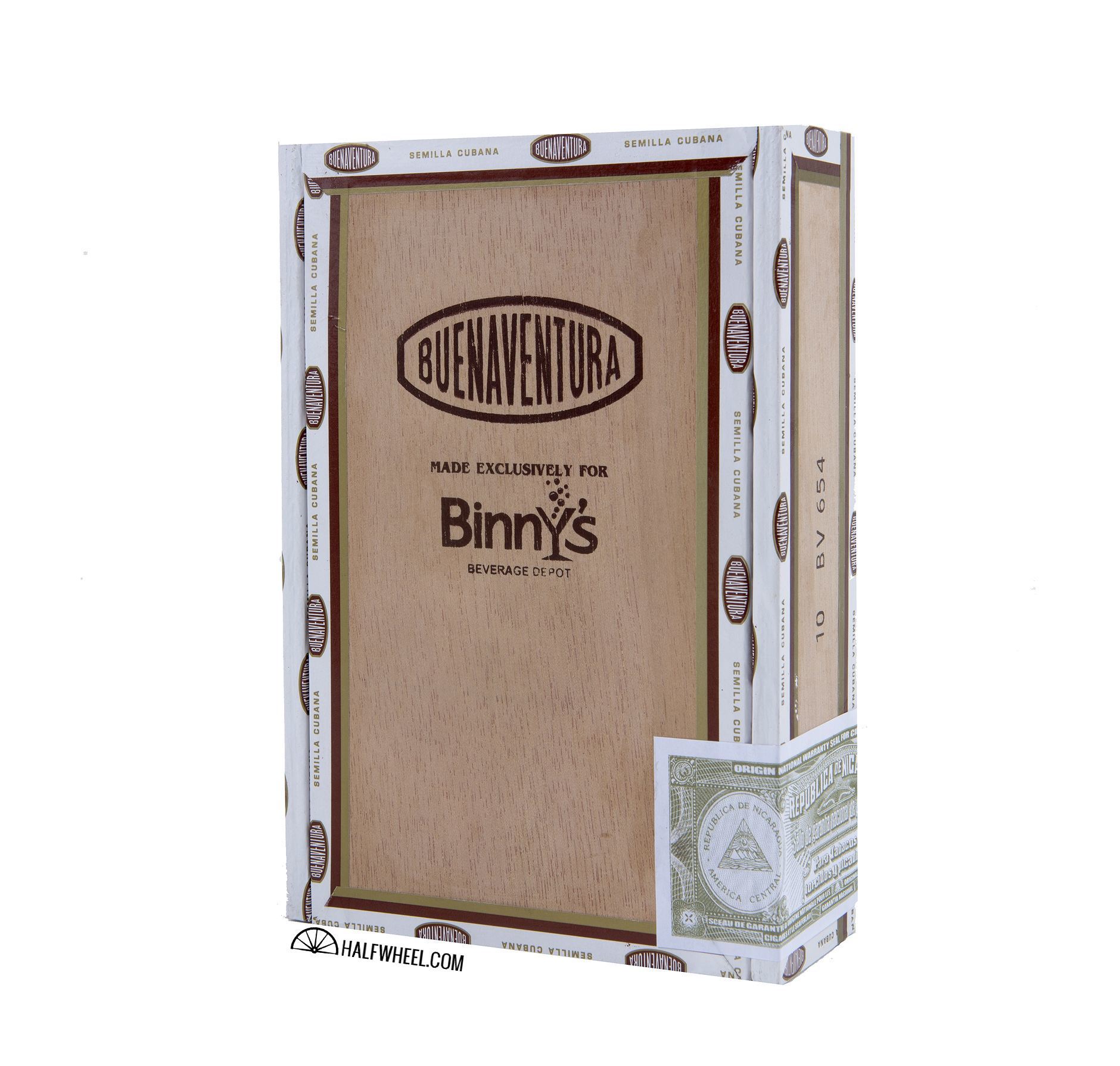 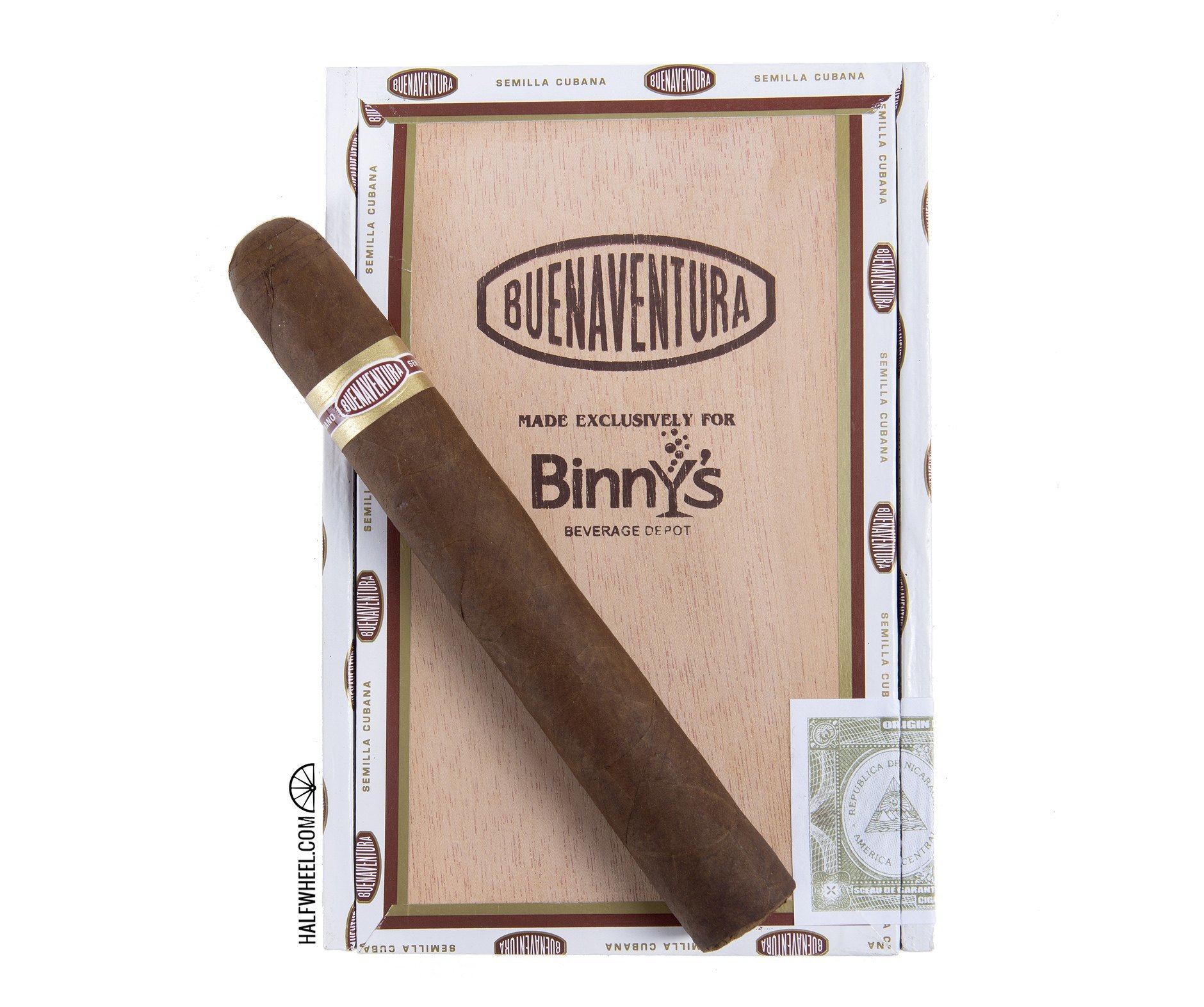 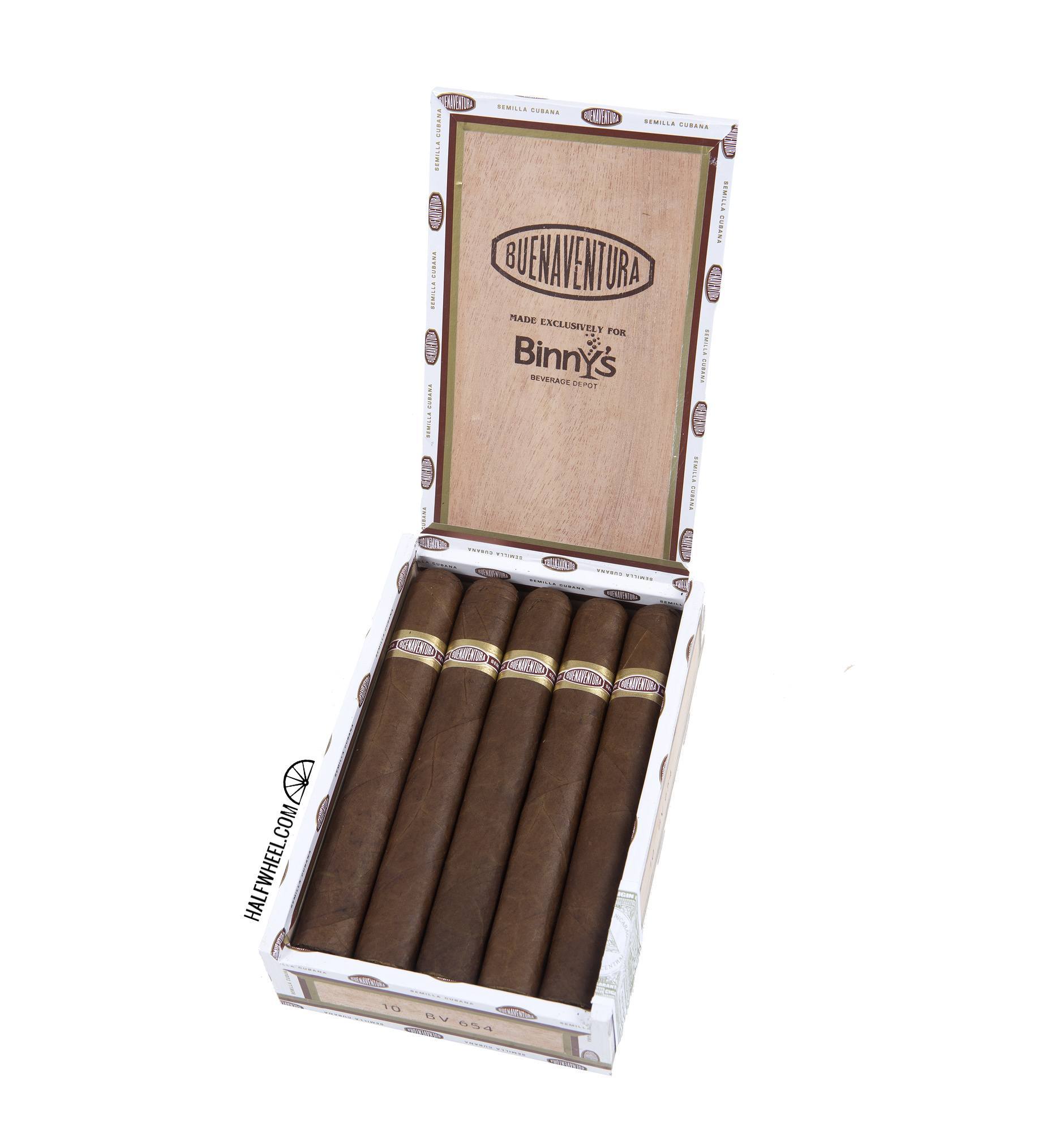 While both the Buenaventura line and Curivari may be unfamiliar to many American cigar smokers, it launched in Europe back in 2003 before crossing the ocean to domestic humidors in 2010. It has grown to an impressive number of facings, including Seleccion Privdada, Gloria de Leon, El Gran Rey, Achilles and Reserva Limitada, which features the Classica, Cafe and 1000 Series under that header. 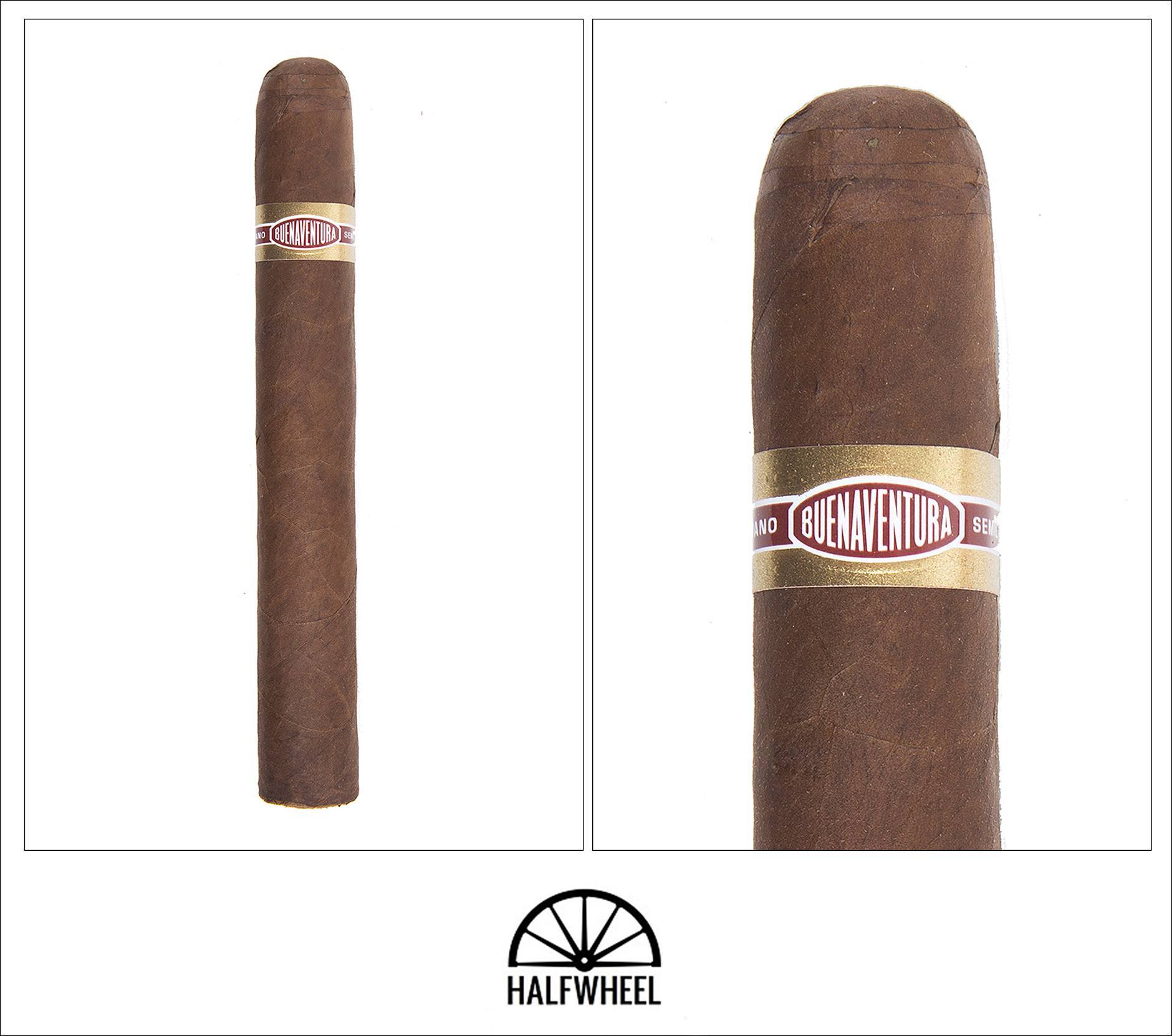 The Buenaventura BV654 is a sizable cigar, though as I have mentioned in reviews of other similar vitolas, now seems to the midpoint size that will appeal to as many cigar smokers as possible. A very subtle box-press takes a bit of the girth off of the cigar and makes it feel closer to a standard size toro, though not by much. The wrapper is a thin leaf with a very tanned brown color, by no means dark brown but skewing that way out of the middle shades. There are a few very small and flat veins on the leaf, with no tooth, overt oils or visual distractions present, and its smooth the touch, with the cigar offering a bit of give when squeezed. The pre-light aroma is stingy with any aromas, so much so as calling it neutral would be giving it too much credit. There are very subtle notes of graham cracker and peanut that come out with repeated inspections, and once the nose is able to latch onto them are both quite enjoyable. The cold draw is firm, taking a little bit more effort than normal to move the air through the cigar. It too offers very faint flavors, this time dry pretzel and cookie dough as the standouts.

The first few puffs aren’t terribly full but pack a bit of pepper, something enhanced by a retrohale or two to help wake up the palate and help the pepper stand out from the thick, doughy smoke that also offers the occasional neutral wood note. The burn line begins to race up the front of one cigar, creating a cove of ash while the other three sides show varying amounts of burn; fortunately, it was an issue with just that one stick. The first clump of ash begins a slow break from the rest of the cigar about an inch in as the burn progresses fairly rapidly, leaning pretty significantly before finally crashing into the ashtray. There isn’t much change with the first bit of ash gone, as the flavors seem a bit fuzzy and out of focus, resulting in any specific notes getting lost in the blur, and a short finish not giving the chance for further examination. The overall flavor remains thick and chewy and leaning towards the mild side until a bright pepper note starts to emerge in the nose and eyes; an acute suggestion that the first third is over. 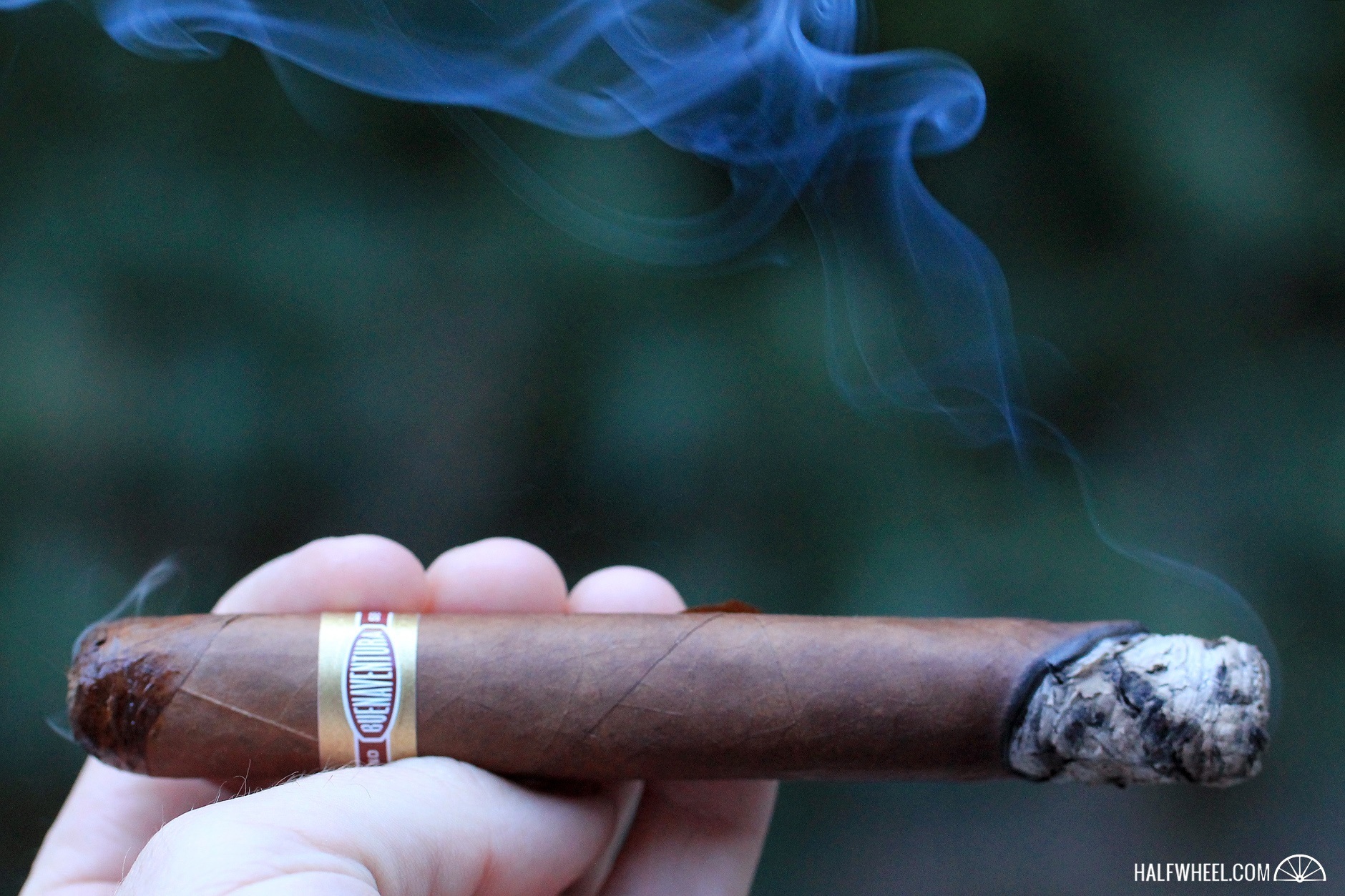 Pepper starts to come out more in the nose in the second third and begins a steady build through the midpoint, which is when it becomes a bit more prominent in the overall equation and particularly dominant in a retrohale. Along the way, the aroma develops more than the flavor, with the peanut and graham cracker note found on the pre-light aroma showing up there for the first time since the cigar was lit. With their arrival comes an underlying creaminess that the BV654 has developed; a fairly quick transition in the texture of the smoke that for my palate is preferable to the doughy texture it had at the start. The build of pepper seems to stop around the midway point, then it begins a period of holding steady before dropping back a bit, though occasional puffs deliver a good bit to the nose. 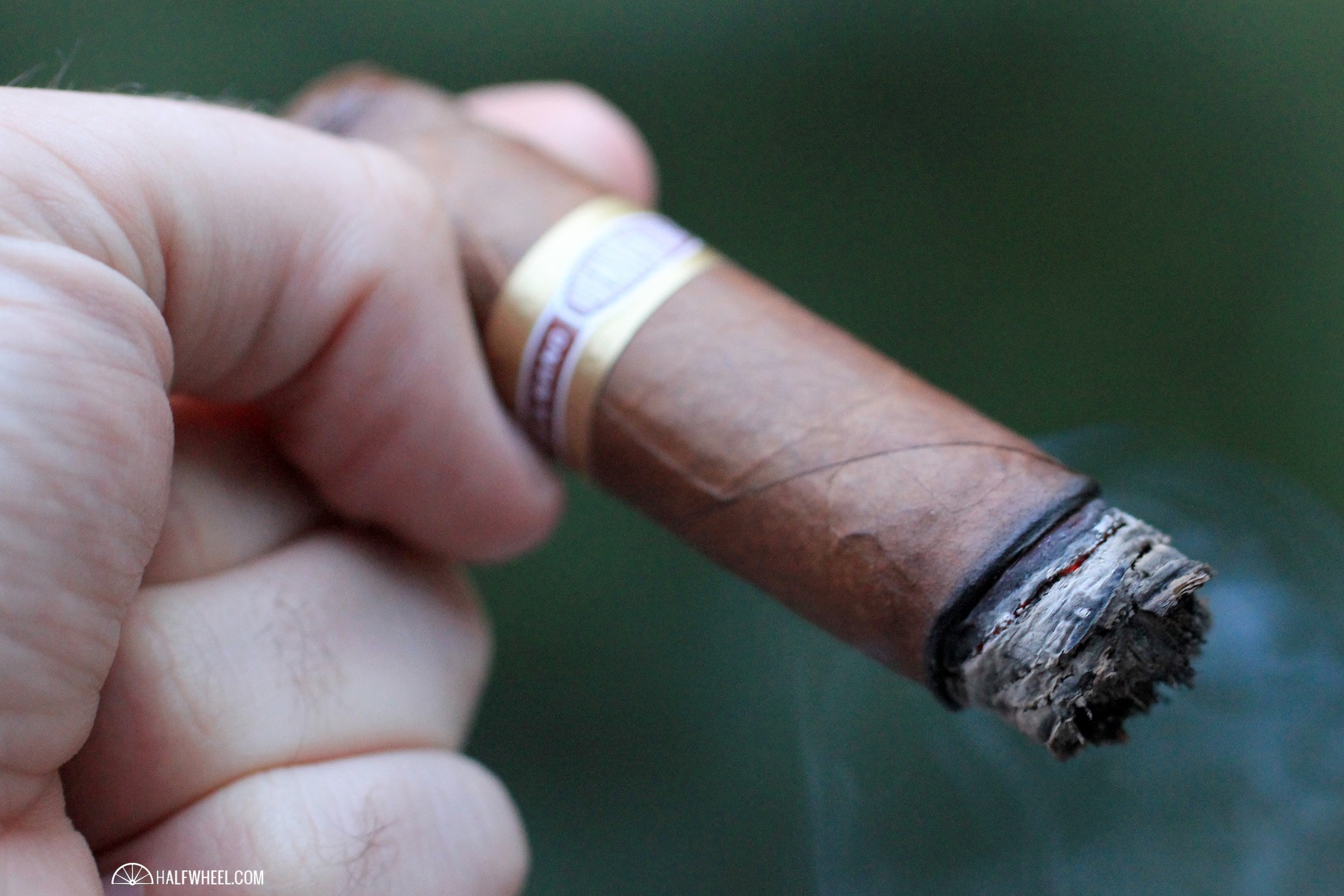 The final third begins by continuing to be marked by creaminess and touches of pepper that are more pronounced in the nose than they are on the tongue. It’s a very easy smoke before picking up a bit of robustness and for the first time shows small amounts of earth and wood, with the smoke’s texture losing most of the smooth creaminess in favor of a somewhat rougher, more textured feel in the mouth. The final third also burns much, much slower than the previous two, slowing to a near crawl and pushing my estimated smoking time up by at least 30 minutes. The smoke gets just the slightest bit hot at times, but otherwise remains enjoyable with a good bit of pronounced pepper closing out the cigar. 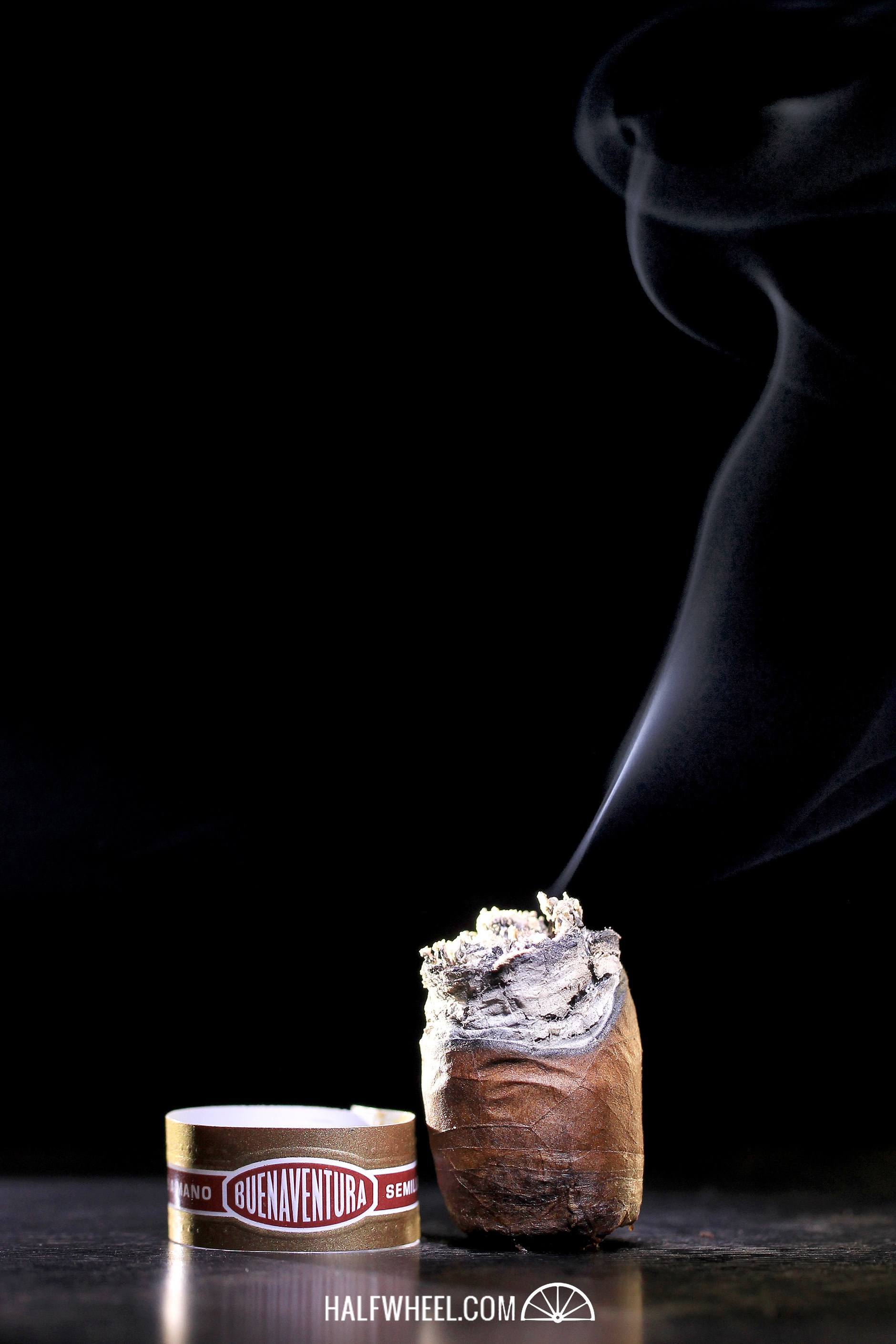 There's no doubt the Buenaventura line is an affordable, value-oriented option from Curivari. It's certainly not the most complex cigar in the line, let alone in most humidors, but it does show a mellower side of Nicaraguan tobacco and is unassuming enough to work for the majority of cigar smokers but with points of having enough flavor and pepper to keep the palate engaged. Yes, I'd rather this have been a 44 ring gauge than a 54, if for no other reason than to give the wrapper a more prominent role. I can't say it fills a noticeable hole in the lineup of regular production Buenaventura vitolas, but for what it is, the Buenaventura BV654 is a respectable option at a very nice price.