At that time, the duo told halfwheel they would be creating a specific cigar for Blessed Leaf, although details were scarce at the time.

Speaking of the creation of BlessedLeaf.com, Kyle Hoover had this to say:

Blessed Leaf is a unique idea, something that has never been done before. It’s a faith community–or in more basic terms–an “online church” for cigar smokers.

I know two things: The Bible and cigars. This is the culmination of a dream to bring those two passions together. My prayer is that this is a catalyst for cigar enthusiasts to become closer to Jesus, whether they have a relationship with Him now or not.

The Blessed Leaf Kairos is a 6 1/4 x 52 box-pressed Nicaraguan puro produced at the Casa Fernández factory in Miami, Fla.

“For this project, we went back to our roots: Nicaraguan tobacco,” said Chris Kelly in a press release. “This is a Nicaraguan puro in the Ezra Zion genre of blending. Since we are doing this for The Lord, it had to be the best work we could possibly do!”

It uses a Corojo 99 wrapper and includes fillers from Estelí and Jalapa.

The Kairos is limited to just 4,000 total cigars retailing for $8.95 each, sold through the Cigar Federation Online Store, a website owned by Kelly and Hoover. The pair have stressed the cigar is being sold to raise money for Blessed Leaf and the community’s mission. 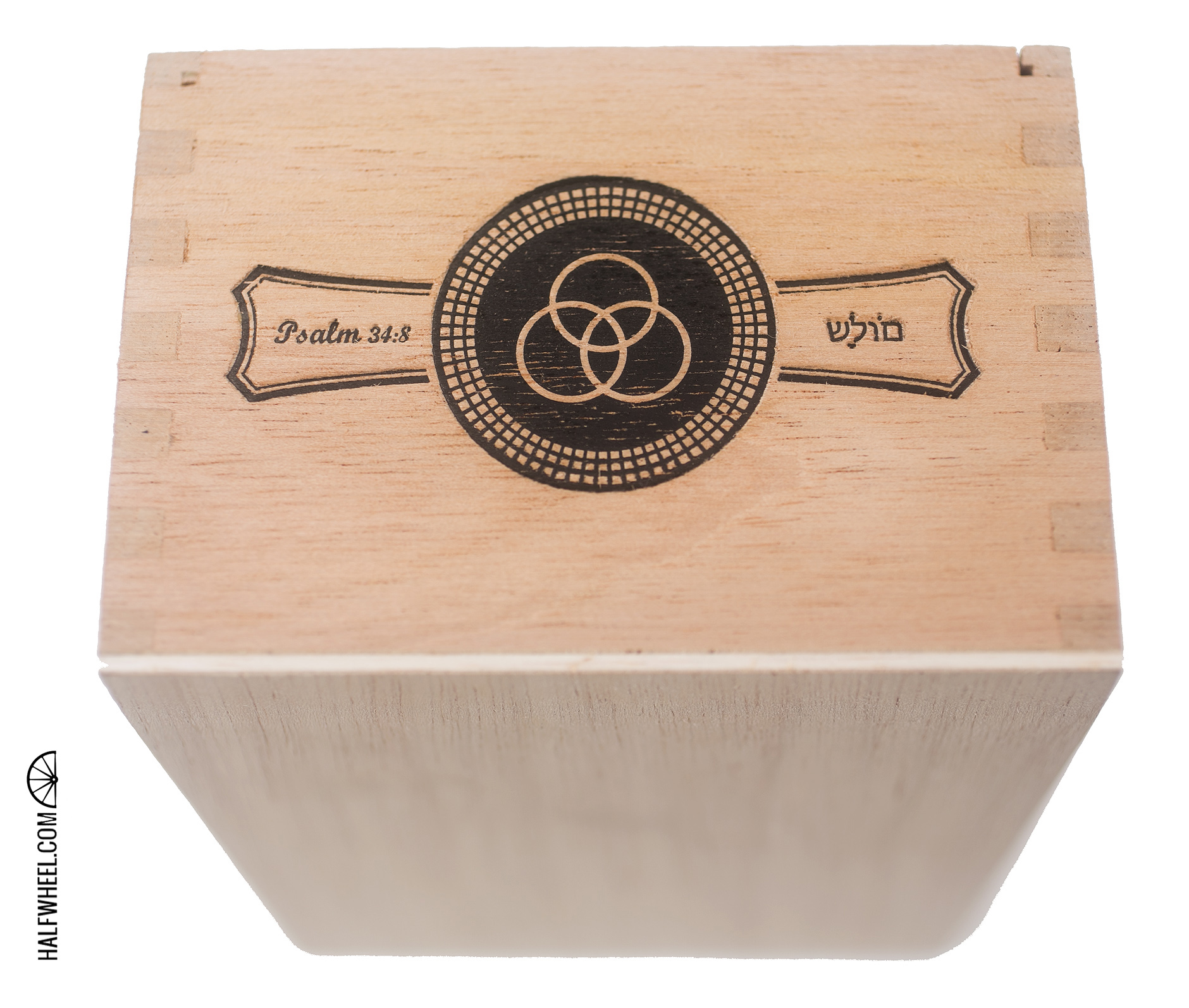 The cigars are being sold in both boxes of 20 as well as five-packs.

Last night, April 2, an official launch herf was hosted from Lone Star State Cigar Co. in Allen, Texas, although no cigars were sold. A medium brown wrapper that is smooth to the touch and smells slightly of wood, leather and chocolate covers the Blessed Leaf Kairos. There is no obvious oil present, but there are a few veins to be seen. The box-press is nowhere close to extreme, really more of a rounded press, and there is not much give when it is squeezed. The cold draw bring distinct notes of cedar, leather and white pepper.

The Blessed Leaf Kairos starts with an extremely strong creamy leather base to the profile, although other notes of cedar, nuts, bitter chocolate and coffee flit in and out throughout the first third. There is some white pepper noticeable on the retrohale, along with just a tad bit of generic sweetness, but neither is strong enough at this point to really affect the profile in any major way. The burn is a bit wavy, but the draw is excellent, and the cigar puts out smoke like a chimney. Strength-wise, the Blessed Leaf ends the first third slightly below the medium mark, and it does seem to get betting slowly stronger. Coming into the second third of the Blessed Leaf Kairos the overt leather base morphs into more of a nutty profile, although the creaminess is still very much apparent on both the palate and the finish.The other flavors in the profile have not changed much: coffee, chocolate, wood and perhaps a bit of earth every now and then. The sweetness from the first third is still not strong enough to definitively place as of yet, but it has increased a bit, while both the huge smoke production and the slight pepper on the retrohale remains unchanged. Thankfully, the burn has evened up nicely, while the draw continues to impress, and as expected the strength easily hits a solid medium by the end of the second third. 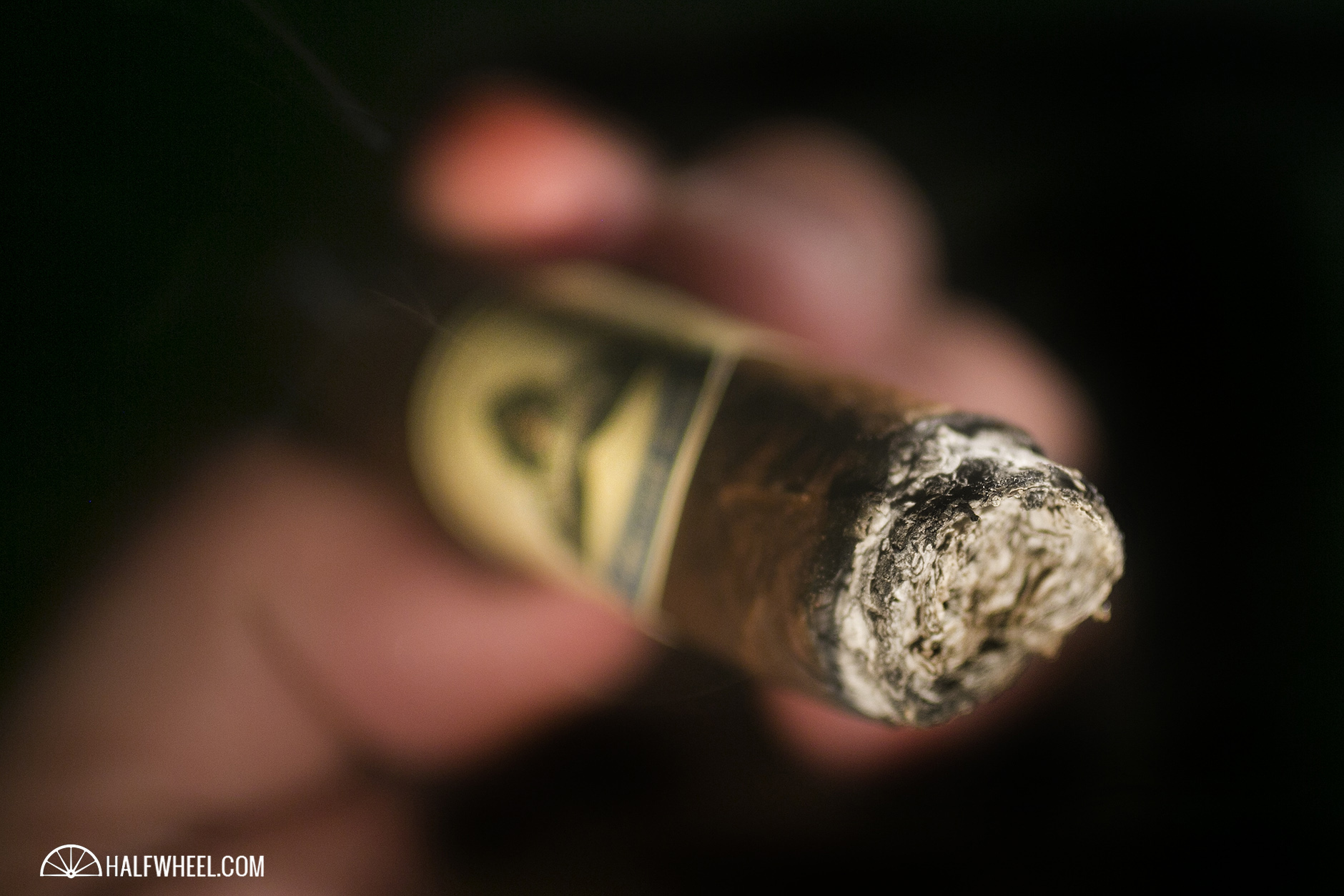 A combination of creamy nuts, leather and white pepper dominate the final third of the Blessed Leaf release, along with the same flavors of earth, cedar, coffee and dark chocolate that fade in and out. Unfortunately, the sweetness never really gets strong enough to go anywhere, although the pepper on the retrohale stays constant until the end of the cigar. Construction-wise, both the burn and the draw are wonderful until the end of the smoke, while the strength stalls at the medium mark and stays there. The finish is clean, but the nub does get a bit hot at the end, forcing me to put it down with a little more than an inch left. We chose the name Kairos because of its unique meaning to this project. Kairos is defined as a specific moment in time when the Divine intervenes directly into your life. To us, there is a duel application. Obviously, as a person smokes the cigar they will have a “heavenly” smoking experience. Secondly, that the support raised for Christian missions will impact people’s lives with the gospel of Christ.

We are giving away a five-pack of Blessed Leaf Kairos. Leave a comment to enter, rules are here. Contest closes April 11, 11:59 PM CDT.

I really enjoyed the Ezra Zion Tantrum blend and the FHK The Truth, but lately it seems to me that a lot of their newer releases are tasting similar to each other. In some ways, that is a good thing, as I enjoy the profile that the brand as a whole seems to have, but their blends do sometimes have a tendency to leave me wanting a bit more when I am done with them. While the over construction was excellent, especially after the first third, a little more complexity, a little more sweetness or a little more balance would have really put the Kairos over the top for me. Having said that, it is a solid release, and I can easily recommend you try them out for yourselves.