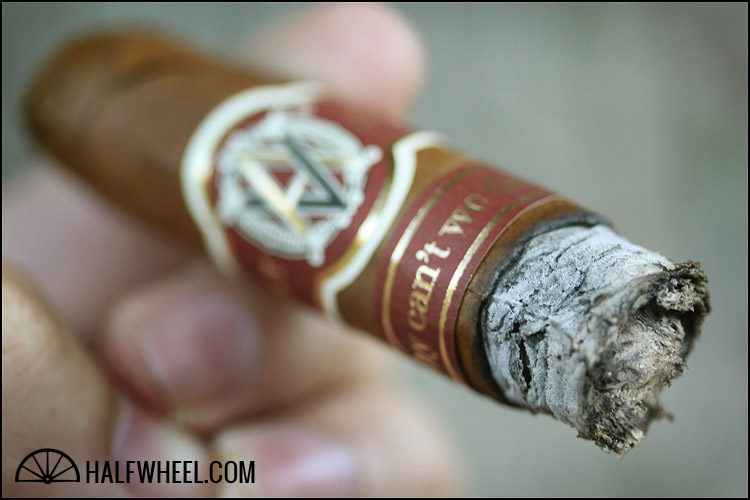 The list of AVO Limited Editions is a lengthy one and the annual early spring birthday release is one of the more anticipated yearly traditions in the cigar world. It started in 2002 with the famed AVO 22 and would continue with notable standouts like the AVO LE05 in 2005. There have been all shapes and sizes, but the release has always been annual and always honoring Avo Uvezian and his birthday. While the AVO 22 and LE05 are the most noted, perhaps the most unique packaging since the canisters was that of the 2004 release, the AVO Legacy.

Released in 2004 for Uvezian’s 78th birthday, each box of AVO Legacy contained twelve cigars and the 2003 album from the famed piano player, titled Legacy. According to CDBaby, the album could be described:

In terms of genre, Legacy could be classified as light adult alternative with a distinctively European flavor. Offering a “blend” of musical styles that range from the opening track, “Canto Por La Vida” (Music for Life) with it’s Neapolitan-like flavor to “Avo Bossa” a Jobim-inspired piece underpinned by the insouciant phrasings of tenor sax player and arranger, Brian Snapp.

There are also several tribute songs on the album which trace the course of Avo’s musical career like “Kreuzlingen,” named for the Swiss village where Avo has been a welcome visitor for many years. “Cigar Store Boogie” emphasizes Avo’s fondness for traditional American jazz & blues with its colorful, boogie-woogie stomp. “Karyn” is a serenade to his daughter, Karyn Uvezian. This track is justifiably placed right before “Thinking Of You,” wherein Ms. Uvezian supplies her own expressive vocal skills, comparable to the mellifluous tones of smooth-jazz singer, Sade. “Armen! ia,” another song named for a locale close to Avo’s heart, is an emotional melody that’s reminiscent of French composer, Michel Legrand, in its orchestration. Moreover, it has a very “movie soundtrack” quality to it. The same could be said for most of the material on this CD and in a way, Legacy truly IS the soundtrack of Avo’s long and wonderful life.

But what made the packaging really special was the secondary bands. Each of the bands featured the title of one of the twelve songs. The tracks in case you were wondering:

Former Brand Manger Eddie Simon sent me two of the 2004 limited editions with the “Why Can’t We Dance?” on the secondary band shortly before he left his position in September of 2011. Rather than describing this myself, here’s the press release circa March 25, 2004:

On 22 March 2004, Avo Uvezian will be celebrating his 78th birthday in Florida. He sees this as a good reason to look back on his successful life as a musician and cigar artist. His new Legacy CD and the similarly titled cigar composition AVO Legacy are not only a remembrance of things past, however. They also awaken a longing for new experiences in the unique worlds of music and tobacco.

Avo Uvezian first saw the light of day in the Lebanese capital Beirut in the year 1926 and thus in the Golden Twenties. An unparalleled success story in the world of music and cigars was now to begin. On his 78th birthday, this man of the world who has always remained young at heart presented his first music CD in conjunction with a cigar composition with the same title: AVO Legacy. The result is a unique duet combining special smoking pleasures with haunting musical sounds.

With his Legacy CD, Avo Uvezian has realised a life-long musical dream. It traces a musical journey which starts from Lake Constance, takes the artist to the Caribbean and finally to Armenia. Apart from superb jazz and rhythmic boogie-woogie, the CD also features the voice of Avo Uvezian’s daughter Karyn. The album’s twelve tracks truly offer “Music in Perfect Harmony”. The song “Canto por la vida” (Music for Life) is a highlight in which Avo describes the promising perspectives and colourful facets of his music on the piano. The AVO Legacy Cigar, itself the result of Avo Uvezian’s long-standing experience as a cigar composer, is the perfect match for the CD. The 78-year-old polyglot deliberately chose the Corona Extra format. It is a medium-strength cigar which is rich in full-bodied flavours. The filler with a specially fermented Piloto tobacco gives the mixture a special touch of slight sweetness. The cigar’s pointed head – the technical term is “cabeza” – ensures that the tobacco flavours fully unfold so that all taste buds are equally stimulated.

With his AVO Legacy, Avo Uvezian has succeeded once again in appealing to the tone of the passionate musician and the refined taste of real cigar lover in equal degrees.

AVO Legacy comes in attractive little wooden boxes containing 12 cigars. A piano keyboard is painted on the boxes in black and gold, and they will be available from selected retailers as of April. Every single one of the twelve Legacy cigars has a special ring label bearing the name of one of the twelve tracks of the new AVO Legacy CD. Aficionados will find these little gifts in every AVO Legacy box. This special edition is limited to 10,000 cigar boxes world-wide and thus an ideal gift for all passionate cigar lovers who adore inspiration from musical sounds while enjoying their favourite cigar. 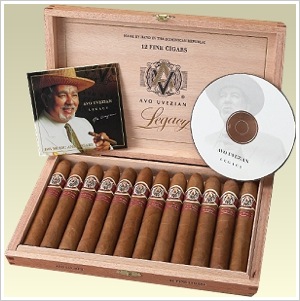 I’m not really sure why this cigar is refereed to as Corona Especial, because the cigars that were released were definitely belicosos, but it is what it is. While there were 10,000 boxes released around the world, only 6,500 were released in the U.S. 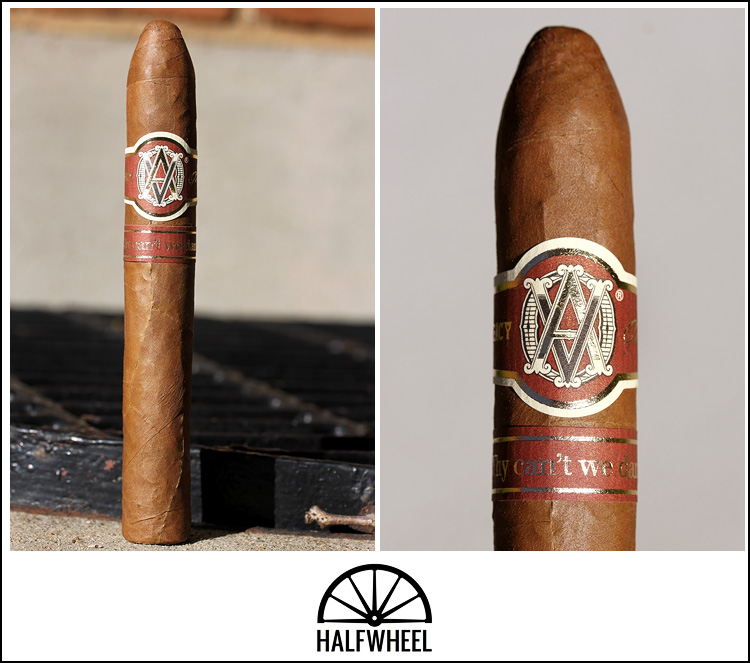 There are a lot of things Davidoff does well, one of them is packaging. Across the entire line, whether it be Davidoff, AVO, Zino or even Winston Churchill, the art department(s) seems to always turn out timeless and clean designs. The AVO logo with the juxtaposed A and V on to of an O has always been one of my favorite logos used in the industry, and the metallic letters on the matte finish is phenomenal. But it’s the secondary bands that really do it for me, “Why Can’t We Dance?” The Ecuadorian Connecticut is light in veins, but it’s a bit shriveled, almost how Cubans have a tendency to appear. There’s a bit of plume starting to form, which isn’t shocking for a seven year-old cigar. Aroma out of the cellophane is some strong nuts with caramel and brown sugar, just south of full. What’s very apparent is that this is an aged Dominican, albeit a quite full aged Dominican. The cap is a bit odd, it’s like a triple-cap on a Belicoso. As you can see (below), this example features a tiny crack, but the odder part was the numerous pieces of tobacco that were used to form the cap. Cold draw after the cut gets capped is a very complex flavor with milk cocoa and nuts on top of some root beer, herbs and a lot of aged tobacco, once again significantly fuller than what you’d expect from a seven year-old AVO. You can’t escape the classic aged Dominican notes when lighting the AVO Legacy, but it’s once again fuller than I’d expect.

It starts with a bit less smoke than I would have liked, likely due to a very open draw. There’s a sweet and dry nuts, a heavy dose of aged tobacco and some grass and earth underneath; just south of full and very complex. As the First Third progresses the nuts, cedars and aged tobacco take the dominant positions with milk cocoa and aged woods underneath and the latter making itself known heavily on the finish. Draw tightens a bit, but it is still quite open. I’m not sure how I feel about the cap of the AVO Legacy, after five minutes of smoking each, a full ring of the cap became loose. It wasn’t because of the cut, it was because of the layered nature of the tip of the Belicoso, and I’m really not sure, even if I v-cut the AVO Legacy, that this problem could be avoided. Maybe a punch? 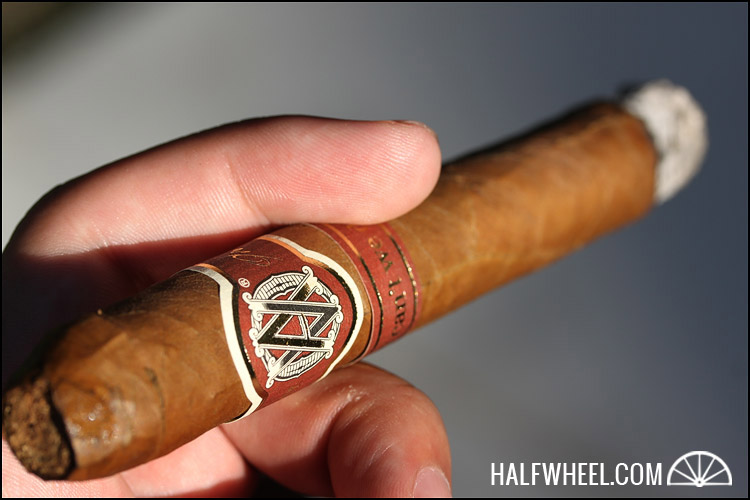 By the Second Third I’m starting to believe. There’s a lot of pepper underneath and towards the back of the tongue. Up front, the cedar and nuts of the AVO Legacy take the reigns with a noticeable creaminess coming up. Halfway through the pepper really begins to start to loiter on the throat, which is both surprising and enjoyable. Outside of the cap, construction is solid: inch and a half of medium grey ash, slightly open (albeit tightening) draw, even burn and great smoke production.

After an hour the question of how long can the AVO Legacy last arises. The answer is until your finger’s burn. Even with less than a half inch, there’s no harshness. It is a bit warmer with less than an inch left, but nothing in terms of flavor. The LE04 becomes noticeably meatier with aged earth and vintage tobaccos really taking over from the sweet profile that was aided by the creaminess in the middle point. Finish is a bit shorter than it had been, but there’s a lot more pepper, particularly on the retrohale, which also features grass and dark cocoa. 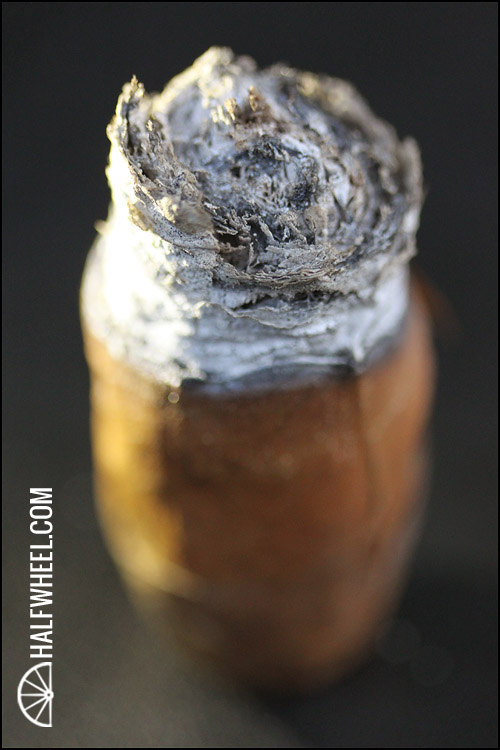 When a manufacturer says a cigar is medium, I generally translate that into mild-medium. So, when a manufacturer says something is medium, I wouldn't expect anything close to that nearly seven and a half years later. But, what I got from the AVO Legacy was a rich, complex and aged Dominican cigar. But onto your pertinent questions. Is this better than the AVO 22? No. (I haven't had the European release, but it's not better than the American release, which many seem to think is the lesser of the two.) Is it better than the AVO LE5 (LE05)? No. It is however better than any of the other AVO LEs I've had, which include: AVO 75th Anniversary, AVO Tesoro (LE08), AVO Compañero, AVO LE10 and AVO 85th Anniversary. I'm not really sure how I feel about the Legacy v. AVO Heritage as the price of the latter makes it very difficult. I really feel like the AVO Legacy is the forgotten LE in a series where two (22 and LE5) are regarded as incredible/legendary and the others are passed over as being something around average. The AVO Legacy is definitely a step above the latter and a step below the legends.