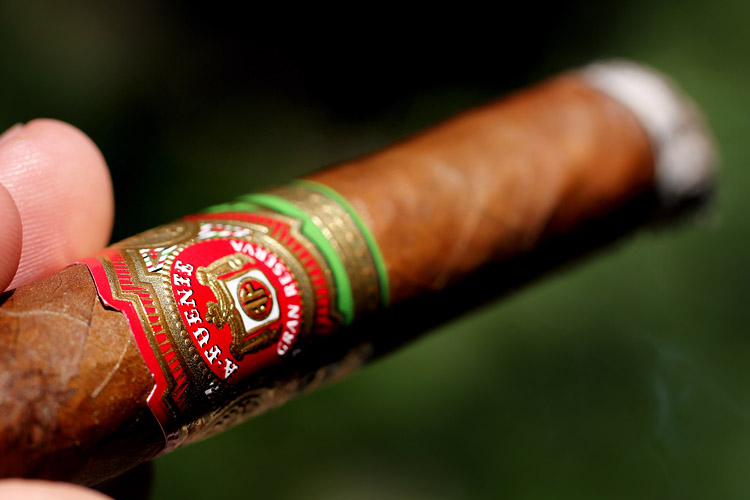 With Arturo Fuente celebrating their 100th anniversary this year, a number of new releases have been both rumored and announced — from regular production cigars to limited edition high dollar collectors items. One cigar that falls into the former category is the Arturo Fuente King T Rosado, a cigar currently in limited release scheduled to see a formal debut and widespread distribution by the upcoming IPCPR trade show in August.

We announced the release of the first batch of King T Rosados on May 3, which happened to be the day they were first seen in the Phoenix area. Looking much like the Fuente King T cigars released in 2009, these cigars come in solid black and white tubes as opposed to the mixed black-and-white tubes containing the Connecticut Sun Grown.

Now if you read the words Fuente, King and Rosado and it sounds slightly familiar, it’s for good reason. In 2005, Fuente introduced the King B, a 6 x 55 Torpedo named for a tavern in Tampa where Arturo Fuente and other local cigar makers would get together after work. While that cigar didn’t come in a tube, it did come wrapped in cedar with a black ribbon footband. The King B, along with the Queen B and King T, are all part of the Chateau Fuente collection of cigars, which uses both Connecticut shade and Ecuadorian sun grown wrappers. 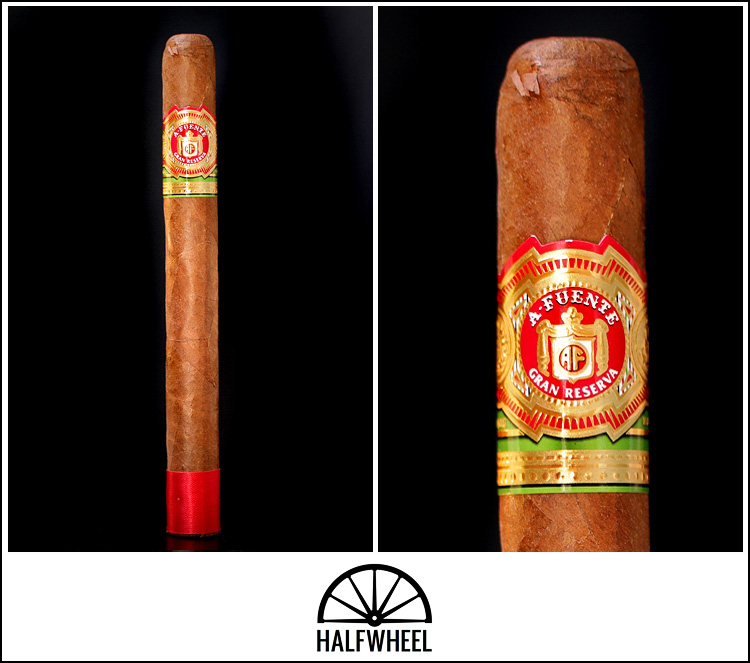 The green portion of the band is a bit off-putting, as it just doesn’t seem to go with the rest of the design, though in fairness it is a classic looking band with great texture and production quality that is used on several other Fuente cigars. The wrapper has an attractive reddish brown color and is smooth in the hand, almost like it has some sort of coating on it. Minimal veins, a gorgeous cap and a red footband make this a very attractive cigar. What could be picked up on the pre-light aroma tended to be a bit of spice at the tip of the tongue with some graham cracker and a faint touch of honey sweetness almost venturing into a citrus note – one cigar had me thinking I was smelling a glass of pulpy orange juice. Moving up the cigar, the wrapper has a faint woody note, though I’d categorize it more like mellowed wood furniture. The cold draw didn’t offer much more in the flavor department, rather allowing air movement with just the slightest bit of resistance.

A complex note of dry spice, white pepper, wood and what I can only describe as tanginess starts off the first third of the Fuente King T Rosado. For me, it’s a bit too dry and sharp and has me reaching for a glass of water to rinse off my palate. The spice settles just a bit through the first third becoming a bit more rounded while still remaining a lead player. 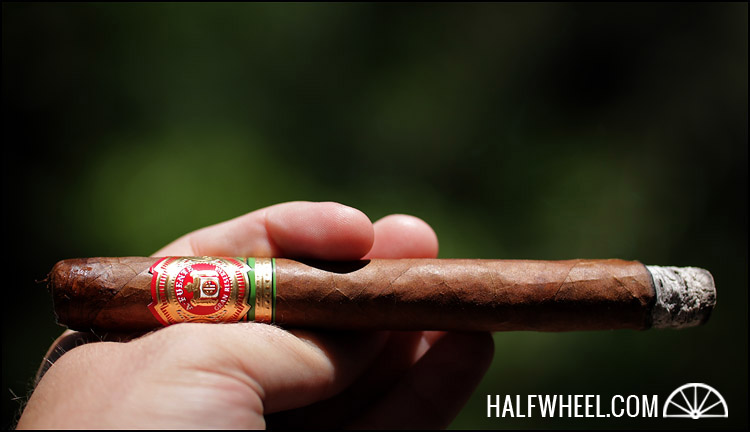 Just a bit of white pepper starts to pop out at the midpoint, as a clean white smoke starts to billow out of the cigar with a bit of chalk being mixed in. Notes of dry wood come out in the smoke that tingle the nose, yet the palate remains largely unstimulated through this point. The King T Rosado also seems to share a trait common among Fuente cigars in particular – draw on it just the slightest bit too fast or too hard and you get a harsh flavor, whereas if you take it a bit slower, you’ll get a mellower, more rounded flavor. 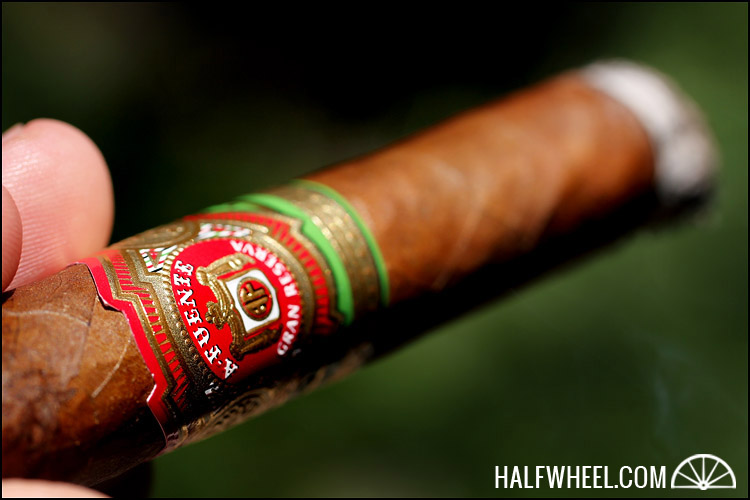 It’s in the final third where a bit of harshness starts to wear on the back of the throat and has me thinking this isn’t going to be a cigar I’ll return to in the future. There are some very enjoyable notes of walnut and almond that come out when the band comes off. The technical performance has been flawless with straight burn lines and no problems at all with combustion. 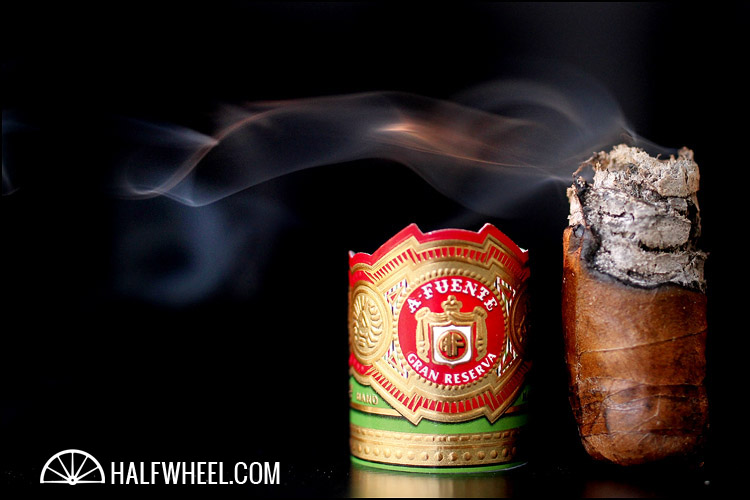 The Bottom Line: For as much as I’ve enjoyed Fuente’s Magnum R line, the King T Rosado just leaves too much lacking for me. The first part of the cigar started off too dry and never developed a depth of flavor that fully engaged me. Despite the fact that it’s a gorgeous cigar in gorgeous packaging that performs flawlessly, it just didn’t deliver in the flavor department leaving me with a constantly dry mouth and too often straying into harshness.