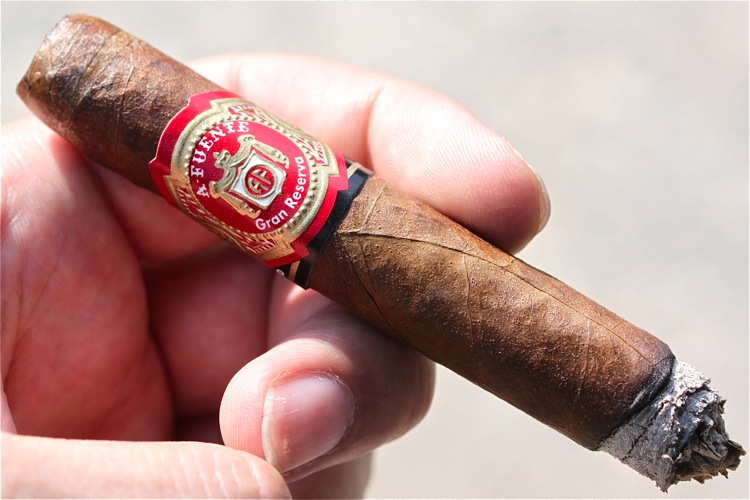 Much like the Oliva Serie V Lancero, this should be a cigar that is going to be an absolute winner for yours truly. Cameroon + Fuente + Lancero = magic, or at least it did with the Casa Fuente Lancero. The Don Carlos Lancero is a bit more mysterious than perhaps even more than the Casa Fuente, given it’s much more difficult to find, particularly now that the Las Vegas outfit has a relatively constant supply of the Lancero bearing the shop name, and not so much of the Don Carlos. This particular cigar from the Fuente family is released in extremely limited quantities and to some degree at random, although the larger the Fuente account/connections, the better off you are getting a box. Anyways, after the jump, the final addition (barring any finds of the ultra rare (Fuente Fuente Opus X) Phantom Maduro or Añejo Phantom) of Fuente Phantom Friday. 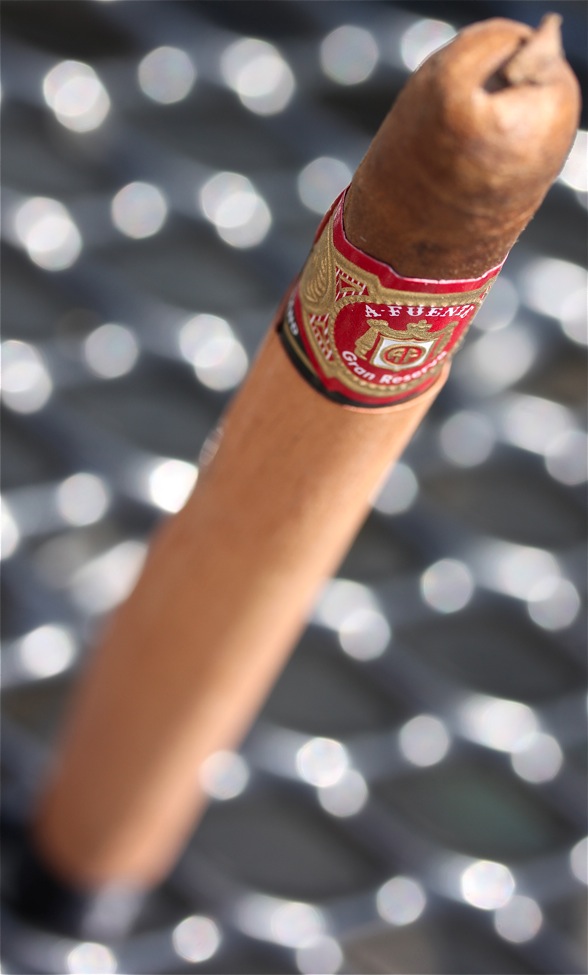 Pre-2004 Don Carlos Lanceros featured a cigar in plain cello, compared to the cedar and black foot band that adorns the more recent renditions. I smoked four of these, three of them with the newer style and one that was in older packaging, just in case you were wondering. Given the changes to the Don Carlos and Hemingway bands (they have the same band) it will be interesting to see if 2011 will bring a slight change to the Don Carlos. (More info on the band change on Monday.)

To my knowledge this is just the regular Don Carlos blend in Fuente’s form of a Lancero. Whatever the case, the Fuente Cameroon (sourced from CETSAC S.A.) is on the darker side of things as far as Cameroon goes with a bit of fading. Cameroon is often plagued by inconsistencies in color, particularly in comparison to typical wrappers, but Fuente’s Cameroon seems uniquely plagued by a darker fading towards the foot, something present in all four Don Carlos Lanceros I smoked. For those wondering, the cigar is noticeably darker than the Casa Fuente. Aroma from the wrapper is mild with sweet cocoa over cedar and a bit of hickory making it into the mixture. Underneath the cedar is a decent amount of veins, even a bit more than your typical Cameroon. Packing is incredible, although uniquely different from what I could tell when I compared three foots next to one another. The Lancero is a bit firm, a trait that seems common across Fuente’s Lanceros. Aroma from the foot is a medium-plus note headed by a BBQ sunflower seed flavor over earth and cocoa. 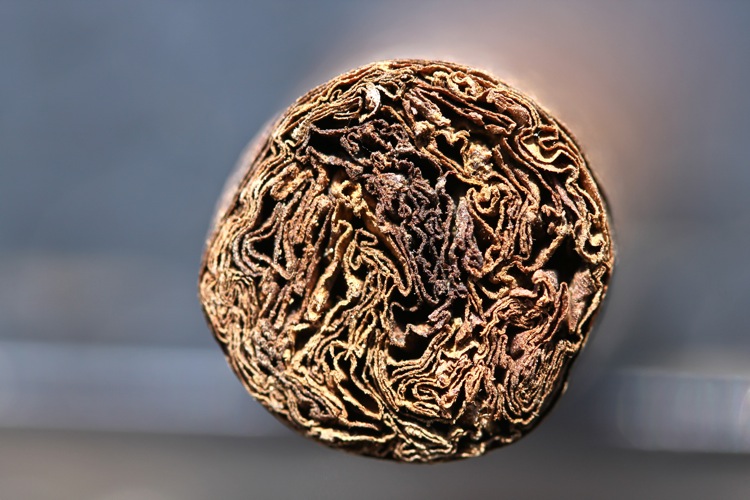 Lighting After removing the pigtailed cap it’s a heavy aroma of a salty sunflower seed (I swear) over cedar with a lot of white pepper on the finish, welcome to Cameroon in the nose. Cold draw is slightly tight with the Don Carlos presenting a sour earth and a real faint dry nuts and that familiar BBQ/hickory note on the lengthy finish. As the torch lighter warms the foot, it’s a bombardment of classic Cameroon: toasty, nuts and earth. Initial flavors start with an awesome deep nuts deepening with additional sweetness and culminating in a detailed finished, mild and earthy. 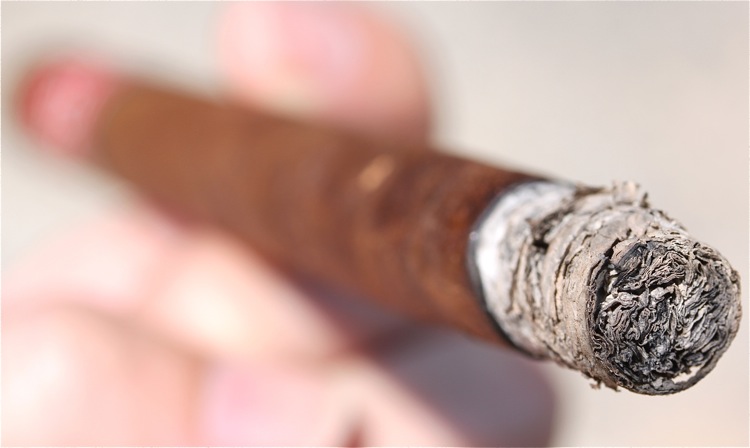 First Third Deep bitter nuts over syrupy earth, and then there’s that whole Cameroon retrohale thing… wasabi-esque pepper that overwhelms the palate beyond imagination. Finish is lengthy with a combination of cedar and nuts over earth. Draw is a bit tight with a slightly tight resistance and good smoke production. Two and a half inches of light ash build beautifully before falling off, a great feature of the Don Carlos. 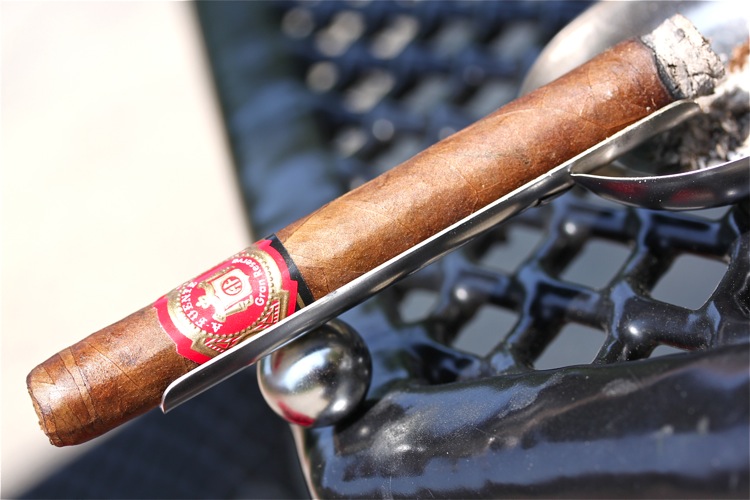 Second Third Where the Don Carlos excels is a simplistic clean flavor and a depth that is highly impressive, this would be the second third. The nuts are almondy with a bit of toasty cashew closer to the finish, earth takes on a sweetness from a honey and caramel note and then there’s an odd coffee bean flavor that begins to develop just after the halfway mark. Cameroon is perhaps the greatest example of what you miss out on if you don’t retrohale. Don’t use your knows and its earthy and sweet. Through the nose? It’s a concentrated pepper worth of eyes watering, still fully present in the second third of the Don Carlos Lancero. Strength is still mild-medium, although it seems to be slowly picking up. Draw is a bit tight, but exactly where a lot of people like it, producing a medium amount of thick oaky smoke. 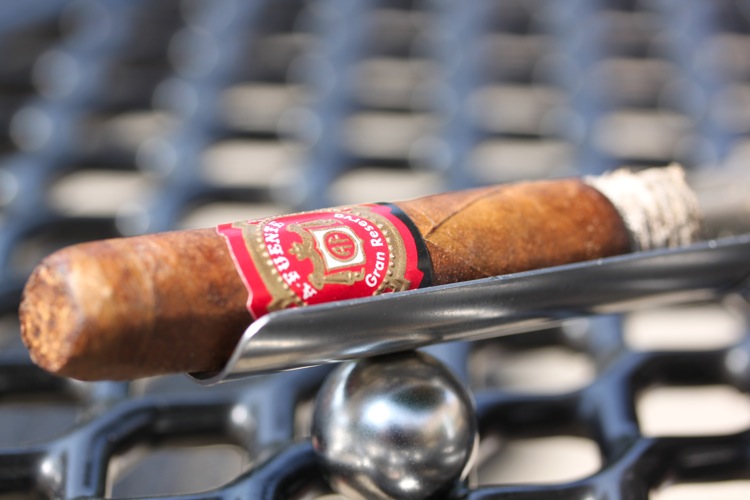 Final Third Some of the greatest Cameroon cigars, perhaps most notably the León Jimenes Don Fernando No. 4, have an ability to supercharge flavor in the final third and while I don’t believe I’d put the Don Carlos in this category, it definitely gets better. A bit of leather becomes apparent as the coffee note strengthens joining the deep nut flavor, that is now noticeably sweeter than how it started. Draw tightens, a fairly consistent traits, but smoke production is unaffected. As like the other three, as the clock nears two hours, time to set it down.

For the Novice Sure… why not. Nicotine-wise this is fine. Flavors, particularly with the exception of the retrohale, are fine. Body is fuller, but that’s not an issue. This is fine for the novice. However, like I’ve said before, this is probably one of those cigars you want to wait and smoke until you can truly begin to understand the delicacies of what you are getting, particularly given the rarity of these. 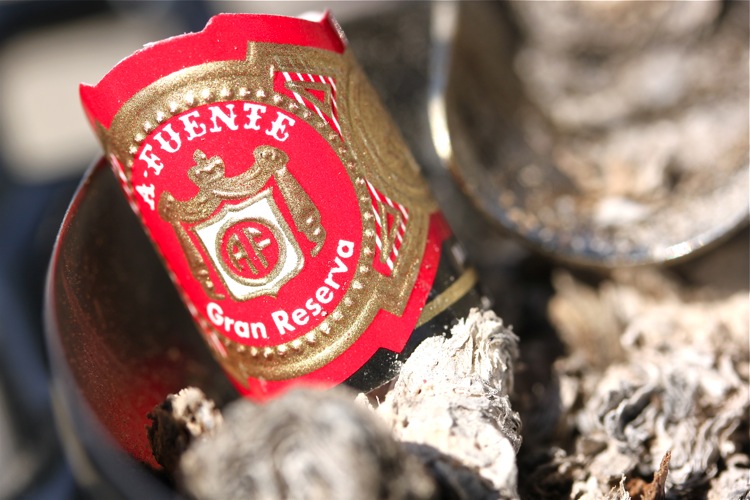 In the End Here’s the truth: one of these was a dud, after five minutes it became bland and boring; one started brilliantly, got a bit hot and flavor died; the other two, those are above. I’m a bit unresolved at the consistency issues with the $18 hard-to-find cigar, but it has to be noted. However, when the cigar is on, it’s quite good, a bit more than what most would expect in regards to the idea of a Don Carlos in Lancero form, but that classic Cameroon flavor that the Casa Fuente is noticeably lacking. I still much prefer the Casa Fuente over this, although I’d easily buy some at the high price in a heartbeat. I also much prefer this over the Fuente Fuente Opus X Phantom, but that’s (I suppose) expected.

88. At times, a much better cigar, however, consistency really hurts the Don Carlos Lancero and my scoring of it.