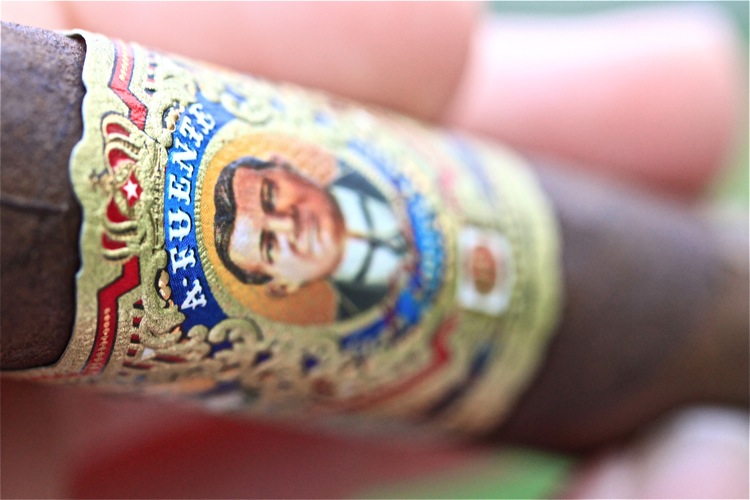 Over the past few months I’ve acquired a few of these in both wrappers, some I’ve picked up at a more reasonable price, others given or traded me, whatever the case… I’ve been fortunate. These were originally made to commemorate Fuente’s 90th Anniversary (hence why the band says 1912 and 2012), however due to packaging and other reasons, they weren’t released until 2008. Like a lot of the higher-end Fuente products, Prometheus was given the rights to distribute the Gran AniverXario, packaging a total of 96 cigars (48 of both wrappers) in 96 humidors. Most assume the value of the humidor to be $1,800, which makes the cigars themselves worth just under $60. I have seen them a few times being sold in retail stores, all well over $60, but I paid $30 or less for those that I bought, which seems to be the going rate on the secondary market. Like a lot of Fuentes, there is more than just a simple story, and like always, I’ll let someone else tell it. Promotheus’ website describes the story:

These cigars are made with the legendary wrapper leaves from Chateau de la Fuente, the birthplace of a dream.

Don Arturo Gran AniverXario cigars have been aging in the Fuente aging room since 2001. These 7-year-old cigars will finally be presented in the Limited Edition Fuente Story Humidors produced by Prometheus.

2008 is the 96th Anniversary of Arturo Fuente Cigar Company, and each Fuente Story Humidor will come with 96 Don Arturo Gran AniverXario cigars. 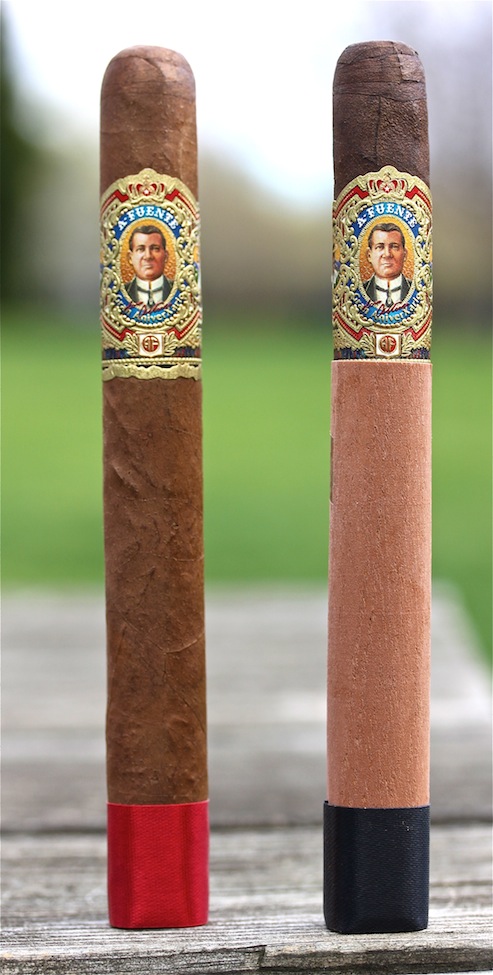 There are a few other details that are quite interesting, Moki of Vitolas.net (one of the foremost experts on all things Arturo Fuente, has this to say:

In addition, the Prometheus marketing materials state that the Don Arturo Gran AniverXario cigars have been aged for 7 years… meaning they were rolled in 2001, the same year the Don Arturo Destino al Siglo “13” cigars were rolled. 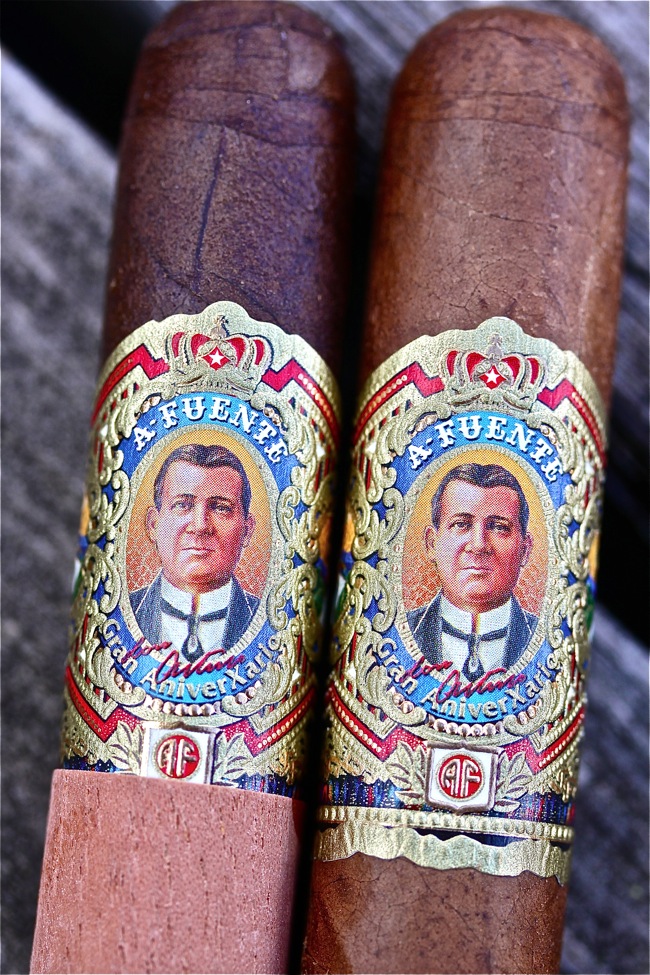 This wrapper looks more like a cross between a Connecticut Broadleaf and the Ashton’s VSG wrapper. The two Sun Grown renditions I smoked sported a wrapper that was a bit duller than the Destino Al Siglo 13s I’ve seen, but that honestly is probably my mind playing tricks on me. (I should point out, this wrapper all comes from a specified thirteen acre plot at Chateau de la Fuente, hence the “13” in the Al Siglo.) It’s got an okay sheen, but nothing to ride home about, with average veins. For whatever reason, these seemed to have a bit better resistance and a bit less packing than the Natural renditions of the Gran AniverXario and these all seemed to be without the rolling imperfections, which is always nice when we are talking about a $60 cigar. It shouldn’t be shocking, but after removing the cedar sleeve, the aromas off the wrapper are a medium-full mixture of cedar on top of barnyard. The foot of the Sun Grown Gran AniverXario is an interesting mix of cherry, herbs and brown sugar. Each time I took a cold draw, it initially reminded me of BBQ sunflower seeds. Below that is some sweet nuts and cocoa.

Lighting produces cherry and a lot of spice in the North Carolina air, which seems like classic Fuente, at least to me. The initial draw is rather tight with a bit of nuts and cocoa, and not much of a finish. Somewhere on the medium level, but just really tight. One stick was tight to begin with, the other was a race to see how quick I was going to need the draw tools. After poking a lot of holes, the draw got somewhere close to medium. Flavor of the Gran AniverXario in the first third was a core of earthy dark tobacco with muted cocoa and a bit of harshness, medium-full and decent complexity. The finish is dark grass, spices, sour earth and woodsy; medium-full and medium/long. Strength is medium, b ody is full, perhaps even a bit beyond that. 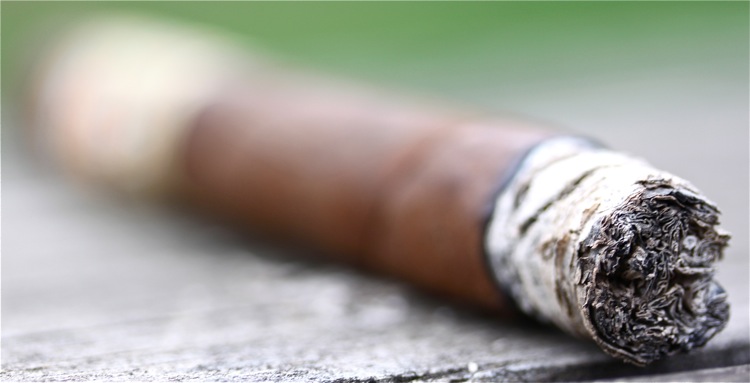 Oak and earth take over, while a similar sourness and toasty note from the first third. The Gran AniverXario’s finish is tobacco, earth with notes of harshness and no sense of depth. I continued to poke holes with the draw tool of the day, and the the draw still continued to tighten. I managed to loosen the draw up enough to continue smoking, but smoke production never topped medium. Aroma changed from a interesting tobacco note to a more woodsy flavor. I should note the light ash burned evenly into inch chunks, unfortunately those are the two least important burn categories. 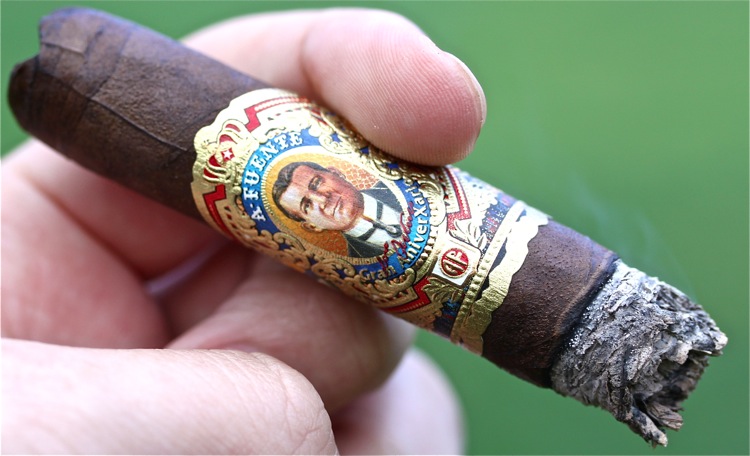 For a few minutes as the Gran AniverXario Sun Grown transitioned from the second to the final third, there were moments of hope. A rich layered nut appeared on both examples I smoked, but soon the issues quickly reappeared. The closing draw, the lackluster smoke production and the muttled flavor returned. Woodsy and oak flavors returned to the core of the flavor profile, while the lengthy finish was comprised of a natural tobacco flavor, harsnhess and the deep nut flavor. And then I put things down. 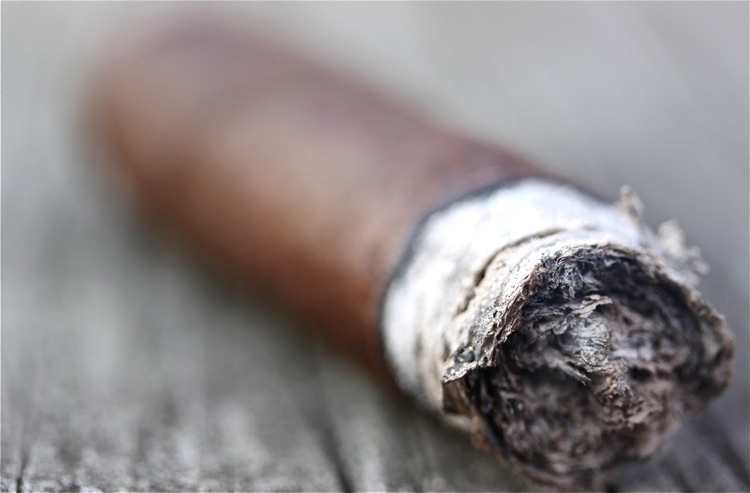 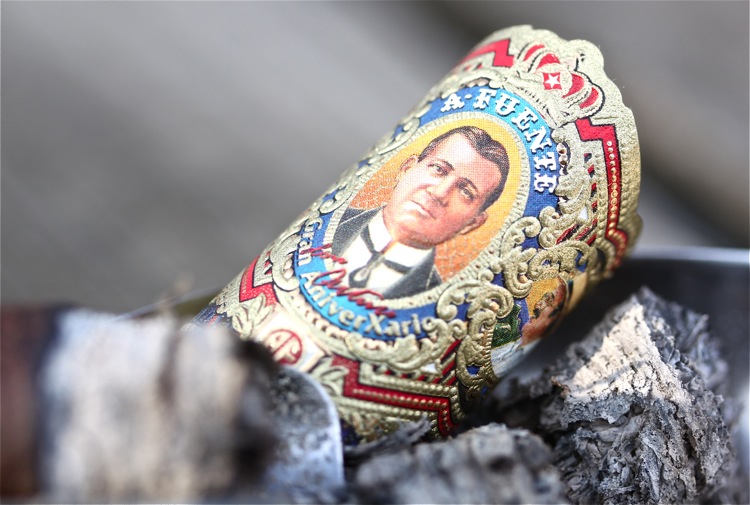 The Bottom Line: I wish I could like this cigar, but the reality is, it’s bad. I think I prefer this more than the Natural version, hence it has a bit higher score, but they both are sticks that shouldn’t cost more than $3. What becomes rather apparent, more so than the Natural version, in the Arturo Fuente Gran AniverXario Sun Grown is how much this cigar is passed its prime. There are rays of hope underneath the construction issue, but the cigar clearly has lost all the complexity that it once seemed to have, which is a shame. Rumor has it these will be included in the 2011 edition of the Fuente Aged Selection, I would pass.