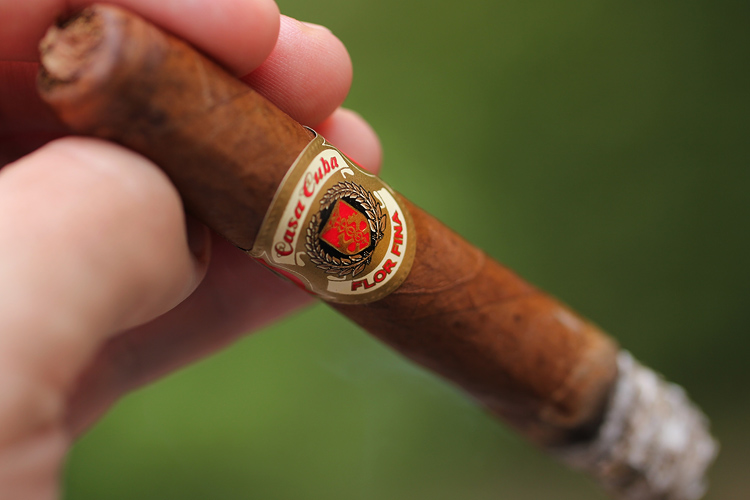 The road leading up to the release of the Arturo Fuente Casa Cuba has been chronicled over the past two years on halfwheel, going back to a story that Charlie wrote in July 2011 that indicated that Casa Cuba was going to be Fuente’s next new line. They were said to have dug deep into the company’s history and came up with this name that was registered in 1956 by the Casa Cuba Cigar Factory of Tampa, Fla., and eventually sold to the Arturo Fuente Cigar Company in the late 1970s along with several other brands.

In that article, it was also noted that the Casa Cuba brand had been available in the late 1990s as an exclusive to Holt’s Cigar Company, and that Tampa Sweethearts currently offers a short filler Fuente product known as the Casa Cuba Habanitos, though that is not what this new Casa Cuba would be.

There’s been a lot speculated about Casa Cuba, earlier today, much of the remaining speculation was put to rest when the remaining details were published on halfwheel:

For the third year in a row, Fuente will bring Casa Cuba to the IPCPR trade show and convention; but for the first time it will not be hidden, it will be talked about and most importantly, it will be sold. It’s been two years since we broke news about the project and the company has suffered a myriad of setbacks for a blend that was relatively finalized the last time the cigar industry gathered in Las Vegas.
First came a late summer fire shortly after the trade show in 2011 that forced the company to adjust plans for its 100th anniversary in 2012. But then came an announcement shortly before last year’s trade show that the cigars were once again delayed due to another unspecific issue.
The Casa Cuba uses an Ecuadorian wrapper over Dominican fillers, blended by family patriarch Carlos Fuente Sr. In total, the company will debut four sizes: a 5 x 50 Robusto that was first seen at IPCPR 2011, a 5 1/4 x 44 Corona that made an appearance at last year’s trade show, a 6 x 52 vitola and a 4 1/2 x 54. Pricing is said to top out at $10.00 with the 6 x 52 size.
Despite having around 600,000 Casa Cubas in storage, Fuente isn’t selling many of them right now. Fuente will introduce Casa Cuba as part of its IPCPR trade show special. For every 25 boxes of regular production Fuente products, retailers will have the opportunity to purchase four earmarked boxes, one of which is Casa Cuba.
The other three are the 858 Sun Grown, something that has been offered before under this promotion, and two special Fuente Fuente OpusX blends in Destino al Siglo livery. The cigars are neither Don Arturos Destino al Siglos—a totally different blend Fuente is planning on introducing in four sizes later this year—nor, the Destino al Siglo-banded OpusX cigars Prometheus began selling last year, which were regular release cigars with special bands. Rather, this year’s special version will be a tweaked Fuente Fuente OpusX blend offered in Fuente’s Phantom Lancero size (7 1/2 x 41) and Super Belicoso (5 1/2 x 52). A spokesperson for the company declined to elaborate how much the blend has been modified, although hinted the change was minor.
Retailers are said not to have a choice in which size they will receive, Fuente expects to ship around 1,200 total boxes of Casa Cuba between all four sizes, a number the company has used previously with the show specials. If all goes to plan, the cigars will make their retail debut in August. The company has promoted the fact it is the first time it has not used the family name on a band.
Casa Cuba is expected to become a regular production release, although the company has no concrete plans for the product right now. 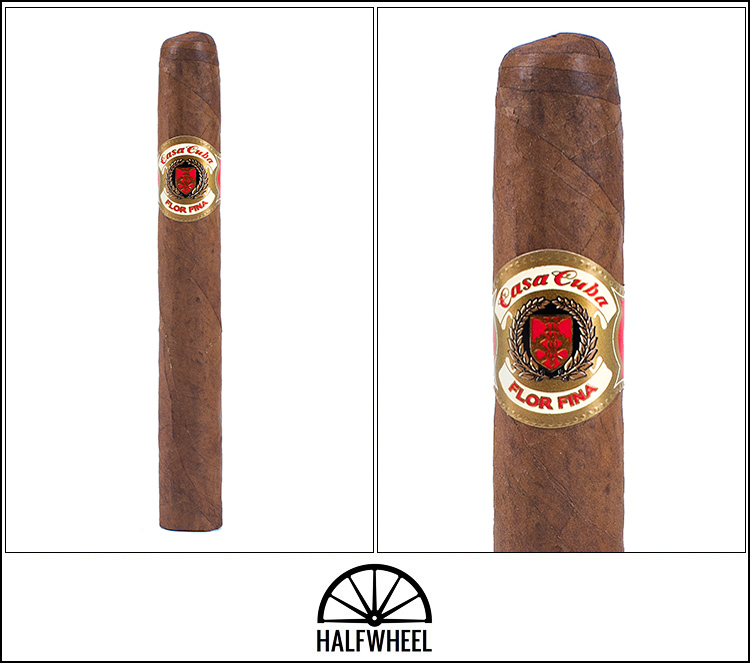 As noted above, only a limited amount will be released before the cigar becomes regular production.

On both of the cigars smoked, I was struck by how uneven the head of the cigar was—while the cap was applied very well, the whole head of the cigar had a slant to it. I can’t figure out if this is intentional or I just got a pair of cigars from the same roller, but the heads are definitely not even. The wrapper is a mottled medium brown, small but prevalent veins and no visible toothiness. It feels thin, and when I see a few small cracks, it looks thin as well. The pre-light aroma is slightly sweet tobacco – just like walking into some tobacco warehouses and smelling some single leaves that are being prepped to go to the roller’s tables. It’s hard and not really necessary to try and expand the smell beyond that – while I could say there is a touch of caramel sweetness and a warmth to the aroma, it’s almost a disservice and takes away from the pure smell of the tobacco. Likewise, the cold draw is just as pure, with the air moving fairly freely and carrying a touch of spice along with that distinctive note of well cured, well fermented tobacco that is ready to be rolled.

I’m struck by the bite of the flavors in the first puffs of the first Casa Cuba smoked; they border on a dry, sour note and seem to get right into my taste buds with a woody tang that lingers on the tongue for some time. It’s nowhere near as prevalent in the second cigar, which had a much smoother and more enjoyable beginning. After half an inch of the cigar has burned, the flavors round out a bit and create a very palatable offering, as it seems the smoke has turned a bit creamier which in turn softens the sharpness found earlier. There is just a touch of spice, which when things smooth out becomes much more noticeable and enjoyable. Given its smaller ring gauge, I’m careful to pay attention to how fast and hard I draw on the cigar, and that seems to help a bit, though it doesn’t completely eradicate the problem. The ash is a very light gray and the burn line is as sharp and even as you could ask for. 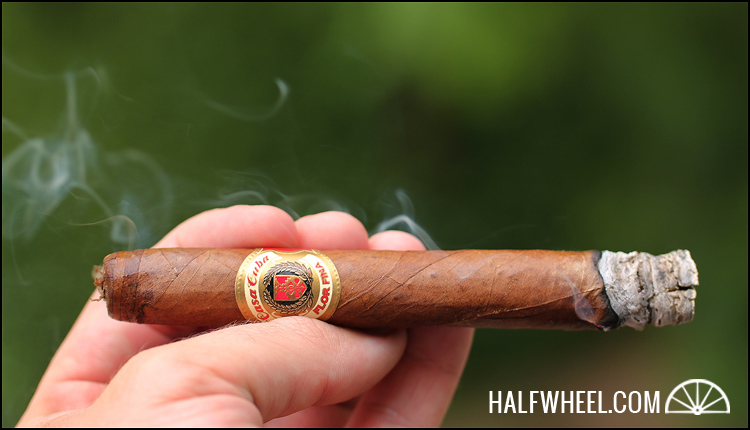 Heading into the second third, the Casa Cuba picks up a bit of chalk and clay in the flavor, adding a dry earthiness that has a less aggressive bite than was found earlier. The strength is in the medium range, leaning towards the medium-minus side because of the lack of up-front spice or pepper. What it does have is that bite that was found earlier on, as it returns right at the midpoint to start going after the tongue and taste buds. That bite dissipates fairly quickly, and I’m left with a dry tanginess that is enjoyable if somewhat one-dimensional at times. There’s also an underlying oomph that the cigar has that isn’t spice or pepper, but rather just a component of the tobacco. 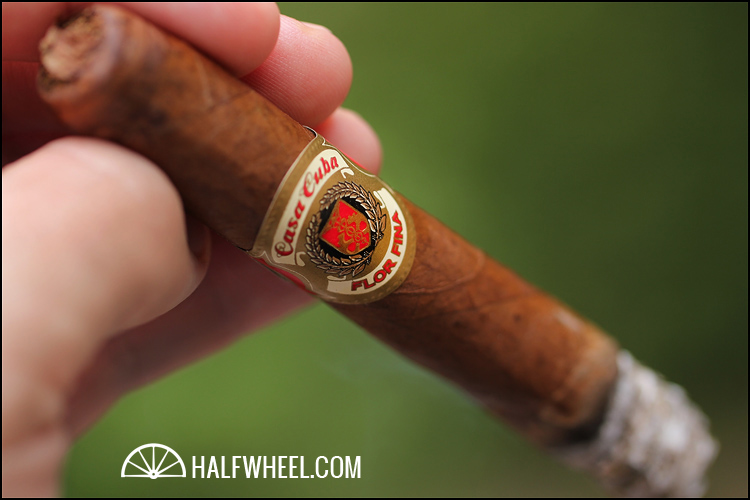 There isn’t a distinct change to the final third from a flavor perspective, as the flavor remains fairly consistent save for when some overly aggressive draws heats things up and brings out the bite. There is a bit of dry pepper that comes in during the final inches, which gives the palate a bit of a wakeup call. It keeps the flavor and strength more towards a middle level, though it doesn’t light up the tongue. 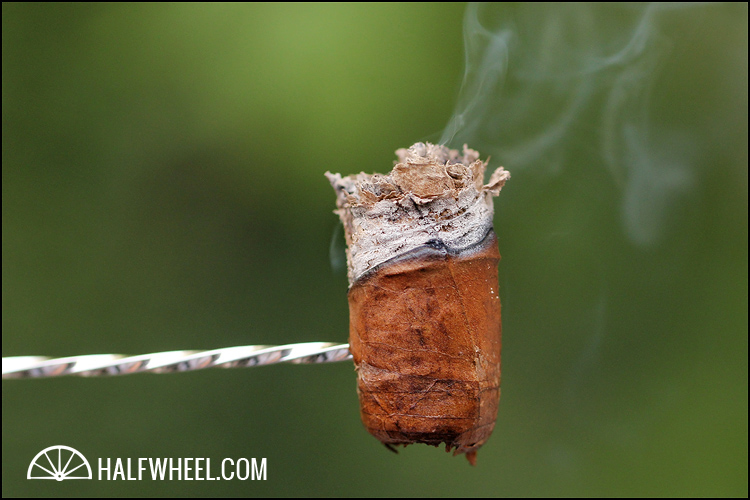 One phrase that didn't enter my mind about the Casa Cuba until I read Carlito Fuente's words about it is “old fashioned.” It certainly doesn't have the profile of many modern cigars, though I think you'd be hard pressed to put your finger on exactly what that means unless you have been smoking cigars for a long time and could remember what cigars from a bygone era taste like. It doesn't have the up-front spice that so many modern cigars have, and in some ways is a bit simpler than many modern cigars that seem to be chasing complexity in their blends. That's not a knock, mind you, just an observation, almost like drinking spirits straight as opposed to in a craft cocktail with homemade this and a laundry list of ingredients. For a medium-minus cigar it is very enjoyable, though its dryness and bite left a bit to be desired for my palate.