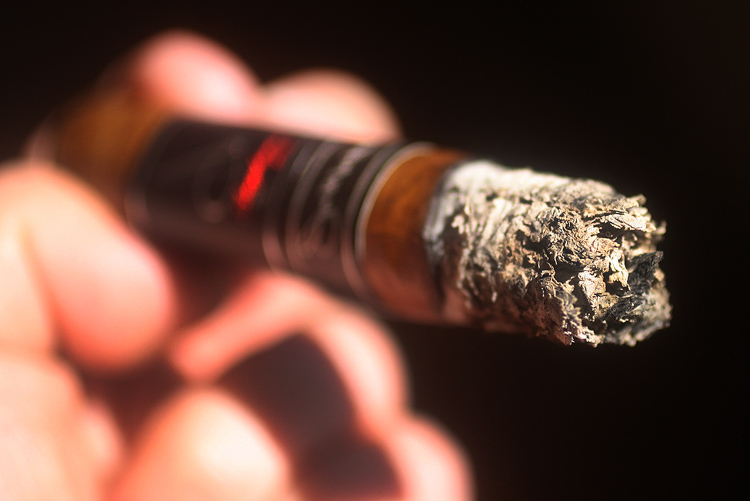 In October of 2011, Prometheus released a limited edition version of their Angelenos blend with part of the proceeds of each cigar going to the Barbara Sinatra Children’s Center, which helps physically and emotionally battered children. The Angelenos Robusto Gordo JM was produced in conjunction with actor Joe Mantegna, who co-hosted the God of Fire charity dinner held at the Hotel Bel-Air. 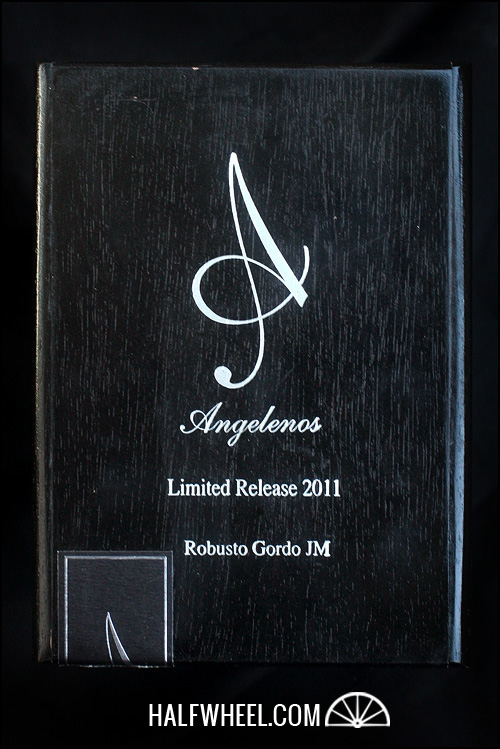 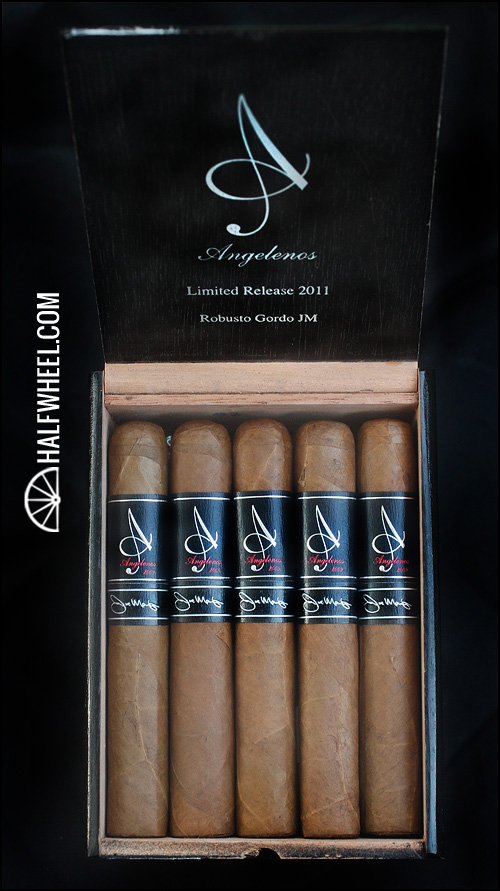 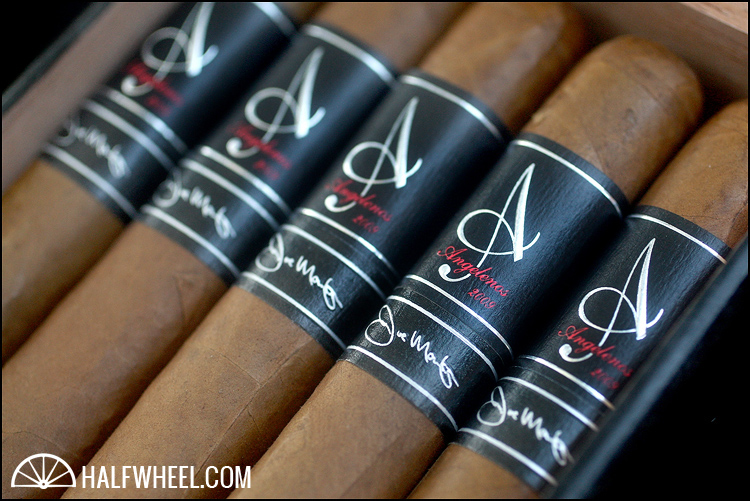 In addition to the boxes of 25, the Angelenos Robusto Gordo JM is also sold in a limited edition jar, with 24 cigars in each.

Many cigar brands celebrate the places where they were born-great cigar cities such as Havana and Miami. The Angelenos cigar may be the first to honor a city where cigars are not produced, but enjoyed with gusto and enthusiasm matched nowhere else. I am referring of course to Los Angeles, home of many of the world’s most passionate cigar lovers.

Countless movie stars, titans of business, musicians, athletes, writers, and politicians call Los Angeles their home. The city’s flourishing population exhibits an unmatched love of life, inspired both by the culture that surrounds them and by the natural beauty and idyllic climate of their chosen home.

It is no wonder they have so fervently embraced the cigar, a product conceived by artisans, formulated from painstakingly-cultivated natural ingredients, rolled by skilled torcedors using techniques passed down from generation to generation-and unsurpassed in the subtleties and satisfaction of flavor it offers.

Despite the passion and enthusiasm of the Angelenos for cigars, this is the city where many anti-smoking measures have started. We must hold our annual charity cigar dinner on the front lawn because we are not allowed to enjoy our cigars indoors. Furthermore, California has one of the highest state tobacco taxes in the U.S.

Angelenos cigars are created to salute the connoisseurs around the world who, despite all these obstacles, continue to enjoy cigars with incomparable passion. We might not like some of the things our governments do, but we must still love our communities and countries. Cigars create camaraderie among us, and I am sure that this world will be a better place if we can share our cigars together. 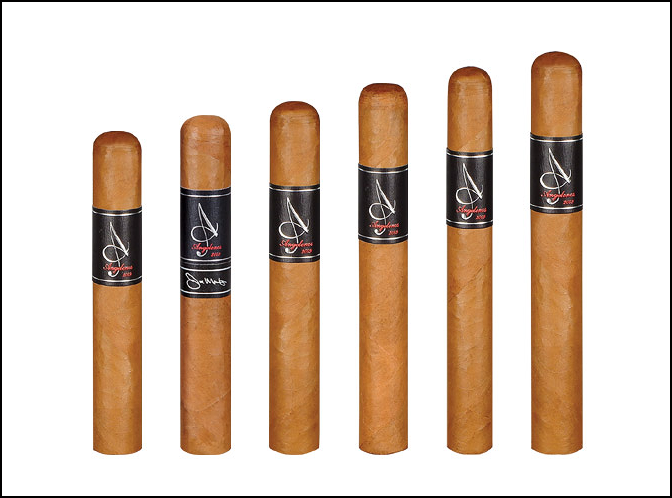 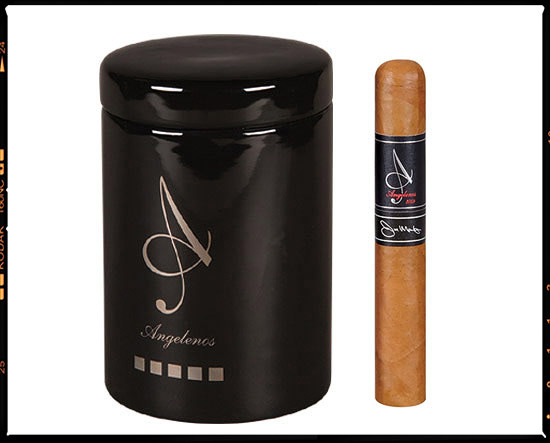 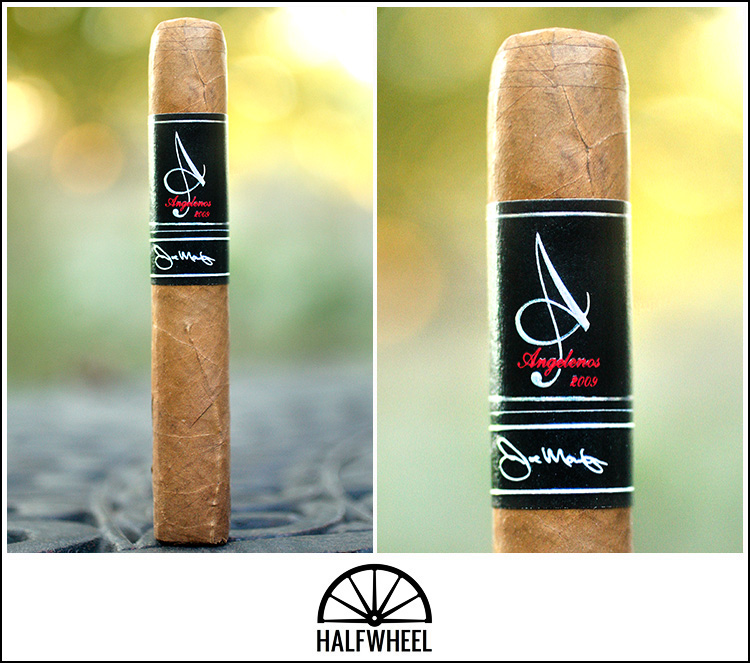 The Angelenos Robusto Gordo JM looks to be well-made with a golden brown wrapper that is smooth to the touch and no prominent veins. There is an obvious, albeit not sharp, box-press. It feels heavy when held in the hand  and the cigar is firm when squeezed. The aroma off of the Ecuadorian wrapper is strong cedar and sweet nutmeg along with a bit of leather.

The Angelenos starts out the first third with equal parts sweet and spicy with distinct maple, cedar, earth and spice on the lips. There is a nice amount of white pepper on the retrohale that is quite strong to start, but quickly starts to fade to a more manageable level. Despite the tight pack, the draw has the perfect amount of resistance, but the burn is a bit wavy through the first third. The finish is excellent, and leaves a nice sweetness in your mouth. Overall strength is almost non-existent through the first third, finishing no higher then a medium minus. 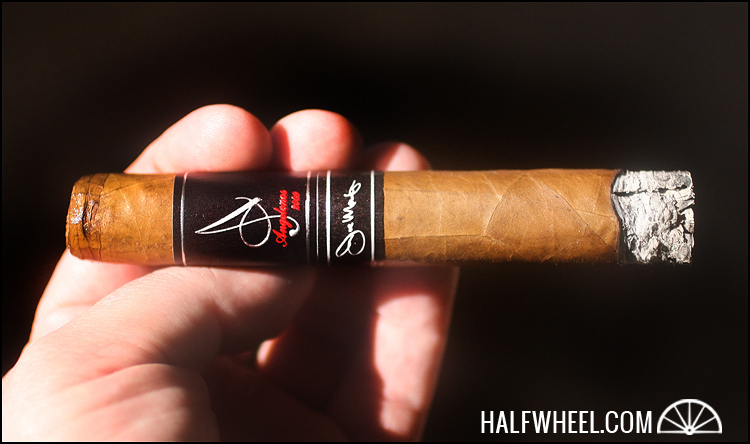 Coming into the second third of the Angelenos and the profile is becoming noticeably creamer, but still with that same maple sweetness, along with wood earth and some leather. There is a very nice generic citrus note that comes and goes, but does seem to be getting stronger near the end of the second third. The draw remains stellar, but the burn also remains wavy, and the strength continues to be a non-factor ending the second third at well under the medium mark. 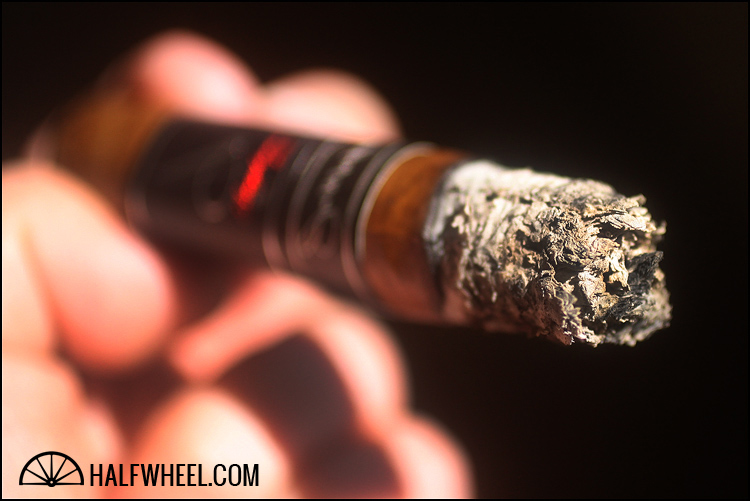 The final third of the Robusto Gordo JM continues the trend of creaminess from the second third, but adds a nice nutty note that combines wonderfully with the other flavors of slightly tangy citrus, earth, sweet cedar and leather. The construction stays the course: perfect draw and just short of perfect burn. The overall strength ends almost where it began, at a medium minus, which was not overly surprising to me, and it is a very easy cigar to nub. 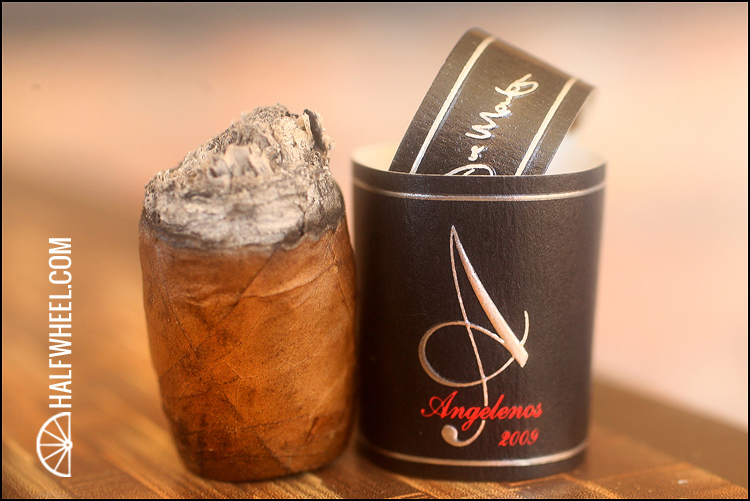 I get the feeling that most people have heard of the Angelenos brand, they probably have not actually tried one. Well, I have smoked every vitola of the Angelenos at one time or another, a while it is mostly a solid line, none of them compare to the Robusto Gordo JM. The limited edition version has more flavor, is noticeably better balanced and is just a better cigar overall than the rest of the cigars that share its name. The profile is very well balanced, the construction is very good other then the slightly wavy burn and the flavors compliment each other quite well. Considering the other cigars in the lineup, I was extremely surprised at how much I liked this cigar, and will definitely be getting some more.