At the 2013 IPCPR trade show, no one action was talked about more than Alec Bradley sending Mundial, its newest creation, into space. No, there was not in a rocket, and no, it technically wasn’t even “space” as the cigars did not get higher than 20 miles up. The marketing goal was accomplished, except for of course everyone at the mid-summer Las Vegas, Nev. trade show remembers the cigars not as a limited edition, top dollar cigar that was worked on for years; rather, Mundial is the cigar that went to space, or the stratosphere.

News of Mundial surfaced in early July when the company announced that a five size perfecto line would be debuting at the trade show with pricing ranging from $9.95 to $15.95, rather steep for a company better known for its $7 offerings. The cigar had been in the works for “nearly five years,” but because of a variety of issues, never made it to market until 2013.

On paper, the blend will sound familiar to many Alec Bradley fans: wrapper from the Trojes region of Honduras, Honduran and Nicaraguan binders and fillers from the same countries with an emphasis on Nicaraguan ligero.

The five sizes are: 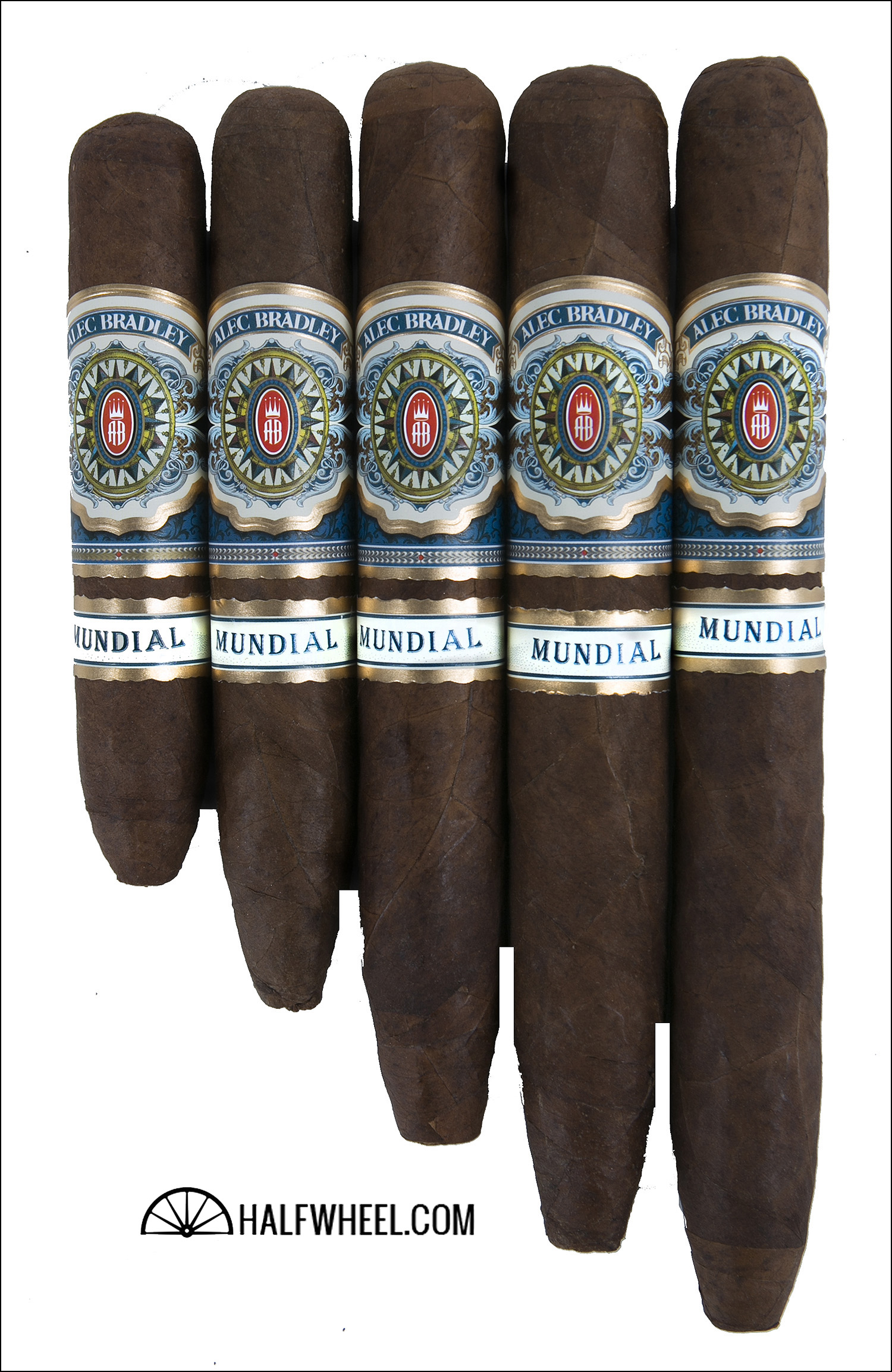 The boxes, which were first shown off at the 2013 IPCPR trade show and convention look like this: 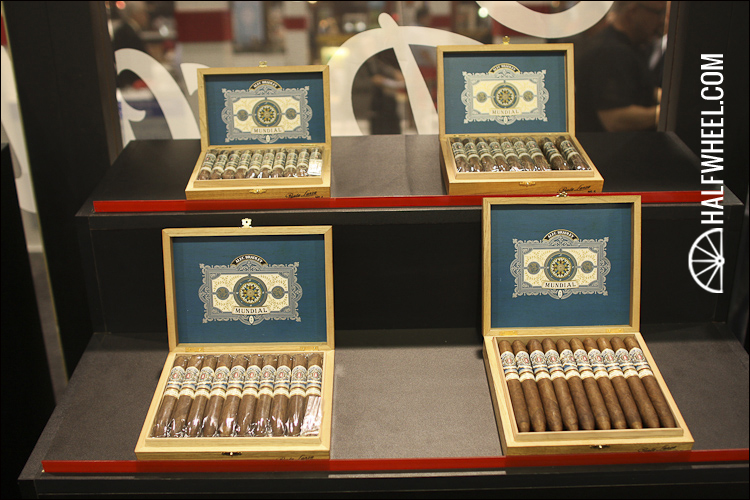 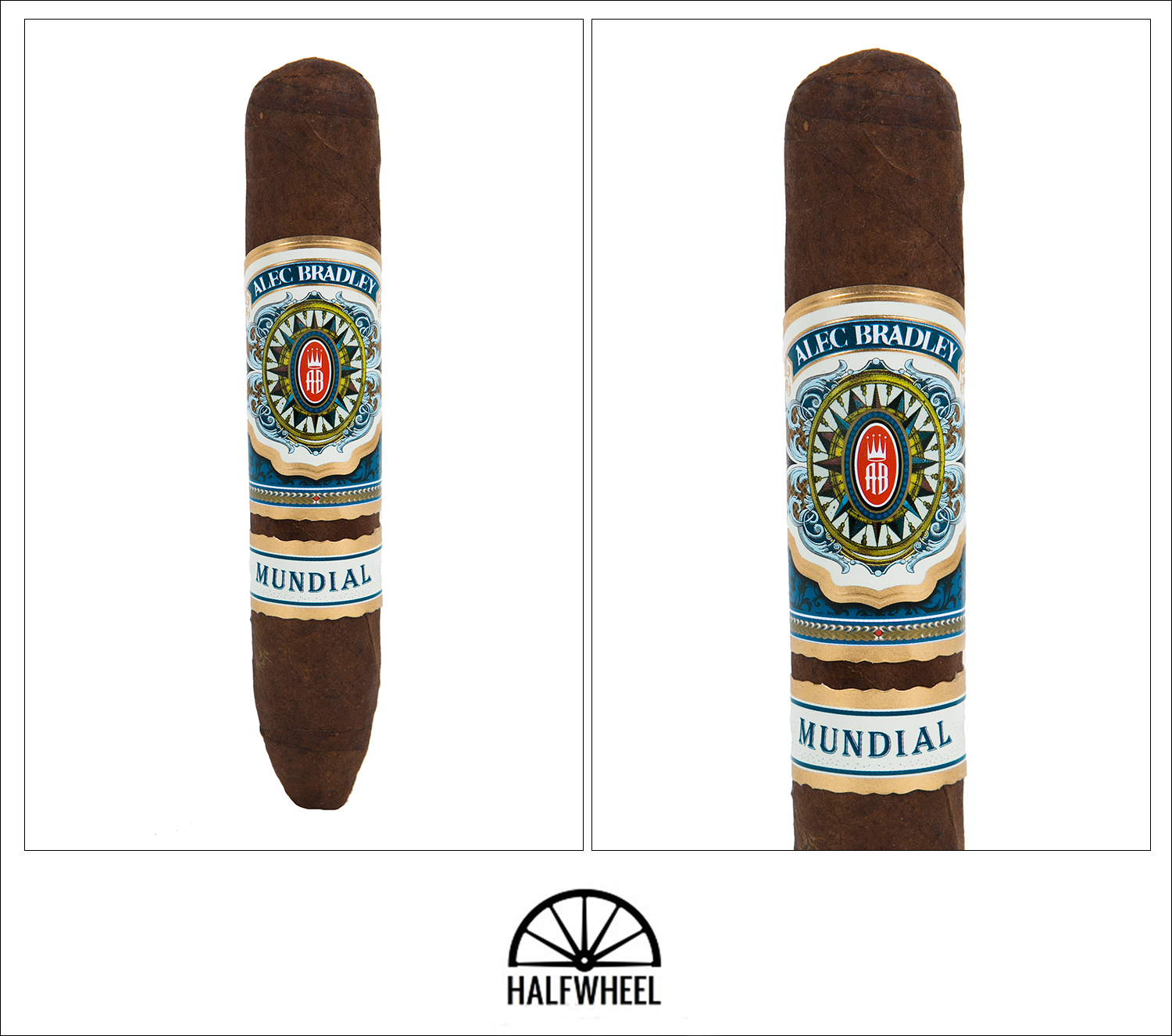 *That is the total production for the line.

On other sizes, the bands are proportional to the cigar, but on the shorter No. 4, there’s a bit of La Sirena syndrome going on. The Trojes wrapper has a nice rosado color, as many of Alec Bradley’s lines show, with decent vein structure and no signs of anything but good rolling. There’s a lot of large cocoa notes as soon as the cigar is removed from cellophane, along with a some cedar. From the end of the nipple cap I get a gigantic gingerbread note. The cold draw shows some classic AGANORSA flavors with the signature cocoa coming through, along with notes of lavender. I get peculiar notes from individual samples including on one a soapier texture and on another something that I could only equate to a whiskey-like aftertaste.

The first thing I notice on each of the PL No. 4s I smoked was not flavor, but the draw. It goes from being semi-open in the cold draw to very tight upon the first puff. Flavor-wise there’s a hearty cedar, sweet creamy chocolate and a restrained pepper. On the finish, there’s some charred notes that contrast the smoothness to the notes up front. Also of note, the strength starts out heavier than I would have expected: medium-full to full. While the draw gets better as the nipple burns down, the PL No. 4 begins to show harshness within the first ten puffs. By about the fifth puff, it’s taken residency in the back of the throat. Upfront some of the sweet cocoa remains, but it’s underneath the large hickory and cedar notes and a great roasted peanut note through the nose. Burn-wise, the cigar is a champion with a firm ash and good smoke production. I will say, I found the Mundial’s strength to recede just a tad from the first third to the second third, now hitting below the full mark, although perhaps at the area where I am splitting hairs. Flavor-wise, the Mundial is putting out a lot more toasty notes, including some actual buttered toast notes, alongside a lot more woodsiness at the expense of the cocoa note. By the midpoint of two of the cigars, there is something not going quite right: tar. After noticing it on the first sample, I watched for it on the following and found that it came on fast and heavy right about the halfway mark. I try what I can to reduce it, even recutting the cigar on one sample, but it’s too much and leads to the tart herbal/green licorice sensation that will ruin just about any cigar. 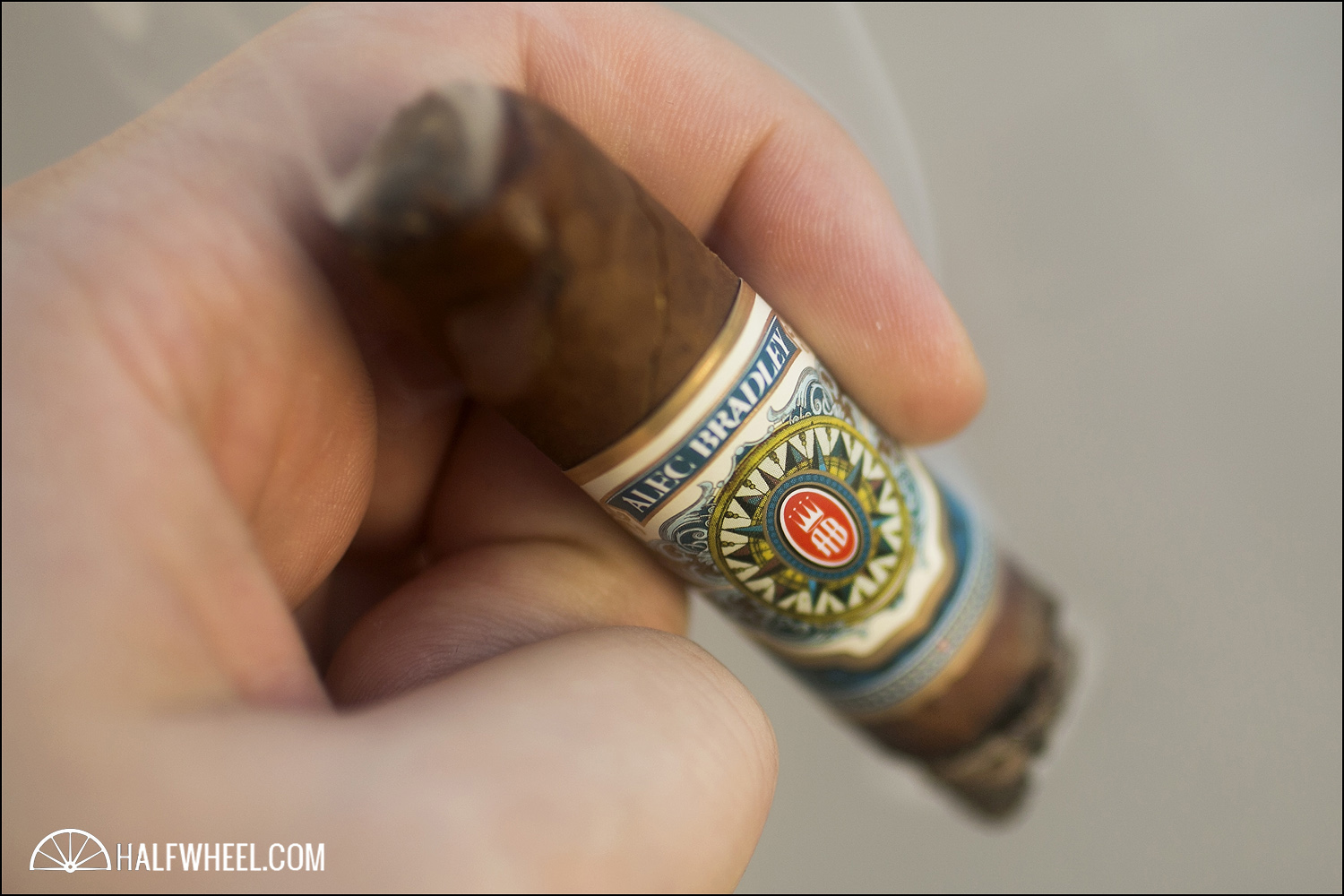 For the final third of the Alec Bradley, it’s two different stories. On the two samples affected by tar: the cigar is getting completely overwhelmed, although there’s still creaminess as well as the salty nuttiness. The once poignant cedar and hickory notes are now more of a generic woodsiness, combining with the harshness that never left the back of the palate. On the other cigar, I’m able to get more notes of cocoa and even a bit of anise. It still is plagued by the harshness, which has softened a bit, but after over 50 minutes of being at the back of the throat has taken its toll.