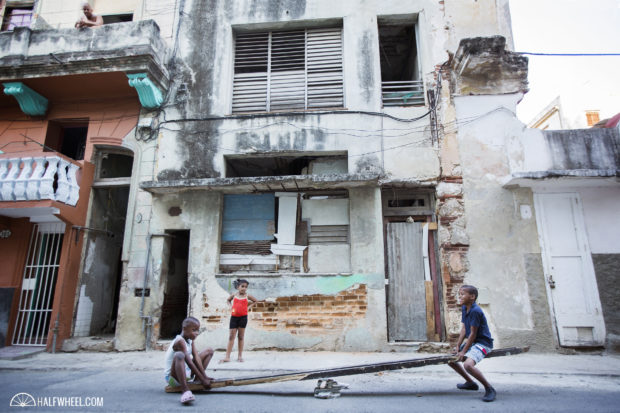 Editor’s Note: For more information about Trump’s new policy towards Cuba and how it affects cigars, click here.

Tomorrow, President Donald Trump will announce his administration’s new policy towards Cuba, but drafts provided to news organizations suggest it will not be friendly towards Americans wanting to visiting Cuba.

The new policy will prohibit Americans from spending money at businesses owned by the Cuban military through its Grupo de Administracion Empresarial S.A. (GAESA), the most powerful company in Cuba. That company, which owns hotels, restaurants, stores and money exchanges in Cuba, is believed to control over half the economy.

Much of Trump’s policy appears based on S.1489, a bill proposed by Sen. Marco Rubio, R-Fla., who lobbied for the change in policy earlier this year at the White House.

Americans will still be able to visit Cuba, though they will need special visas of which enforcement will become much stricter, but they will not be able to spend any money at a business owned by a GAESA, other than a few exceptions, notably airports.

Travelers will still be able to spend money with local non-government owned businesses, including restaurants and housing like Airbnb and cases particulares, but Americans will need to keep strict records of every financial transaction they make in Cuba and hold onto those records for up to five years should the Treasury Department, who enforces the embargo, want to audit an individual’s trip.

It’s unclear just how strict the enforcement will be, but it could make it illegal to purchase Cuban cigars and rum, as both businesses are owned, at least partially, by the government. The policy directive calls for an ironing out of the rules between the various government agencies within 90 days of its announcement, which will take places tomorrow at a Miami theater named after an iconic Cuban dissident.

The stated purpose of the new policy is to cut down on human rights abuses. The Trump administration will argue that these businesses fund the oligarchy that runs the Cuban government. It argues that the government carries out human rights abuses, though many policy experts believe the new regulations will not improve human rights in Cuba.

Some skeptics have argued that the policy is largely aimed at President Barack Obama, whose administration substantially loosened regulations regarding Cuba during his second term. Normalizing relations with Cuba is believed to be one of the more notable accomplishments of Obama’s legacy.

One of the more notable parts of normalization specifically dealt with Cuban cigars. Bringing back Cuban cigars, even for those who had government permission to visit the island, was long illegal. That changed in 2014 during the first round of normalization when travelers returning from Cuba were allowed to bring up to $100 worth of Cuban alcohol and tobacco products back. Two years later, the policy was loosened even further allowing for Cuban products to be treated like any other foreign products for American travelers.

Currently, travelers are allowed to bring up to 100 Cuban cigars, valued at no more than $800, duty-free every 31 days regardless of whether they are returning from Cuba or another country.

A Cuban official told CNN that the country is not worried about new restrictions on cigars, because it will simply sell them elsewhere.