I recently became aware that Regius Cigars were now available in the United States for the first time, and it just so happens that the official distributer is right here in Dallas at Sacred Cigars, allowing me to pick up my review sticks, instead of having them shipped to me.

Each Regius cigar is rolled at Plasencia Cigars S.A. and made with tobacco from all over Nicaragua. Regius uses every part of the plant with various amounts of age (up to 15-years-old) and is then covered in shade grown wrappers. For the past few years they have been only available in the U.K., and until recently, they have been one of very few non-Cuban brands to not be sold in the U.S. market.

Much like the Quesada España, Curivari and a few others, Regius cigars try to bring some Cuban profile to their cigars, while using non-Cuban tobacco.

The Latin Regius denotes of a ‘King’. We present you a regal smoking experience: to enjoy a hand-made King of Cigars. Gaius Petronius Arbiter (AD27) was a Roman writer and courtier for Emperor Nero who devoted himself to a life of pleasure. Yet far from being an ordinary, vulgar profligate, he became known as an accomplished voluptuary. Showing capacity for outrageous indulgence, he was looked upon by Nero to be the absolute authority on questions of taste (arbiter elegantiae), especially with the science of alchemy. In his memory we bring you ‘Regius’. The alchemy of cultivating and blending the finest aged tobacco to achieve the best possible taste, an even burning quality and elegant aromas.

Regius cigars come in four different vitolas, although sadly, only three are available in the States, with the “Lord Madsen” being the lone hold out. They are:

Here are what the boxes for Regius Cigars look like: 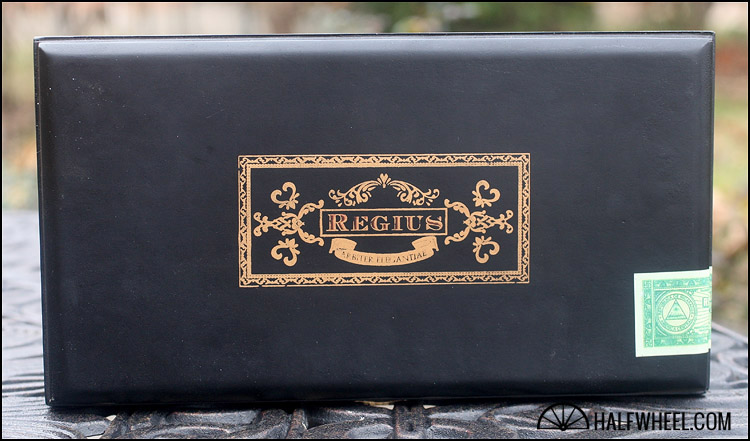 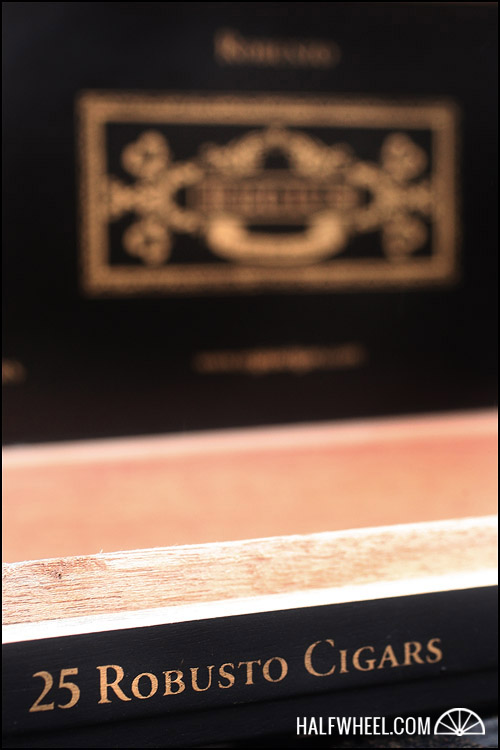 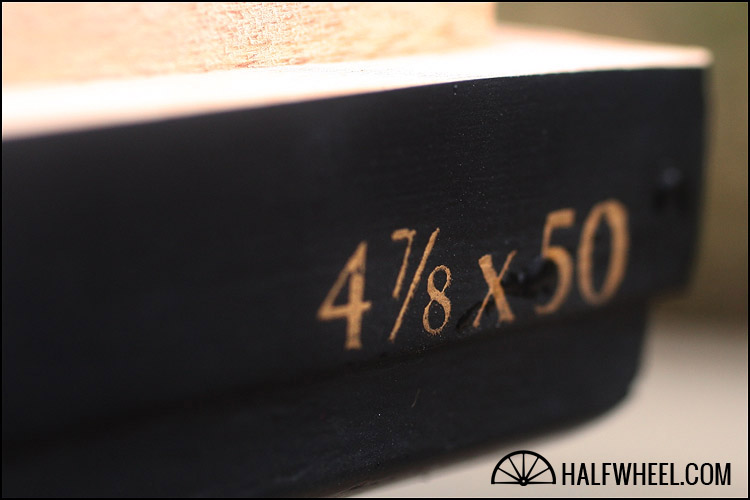 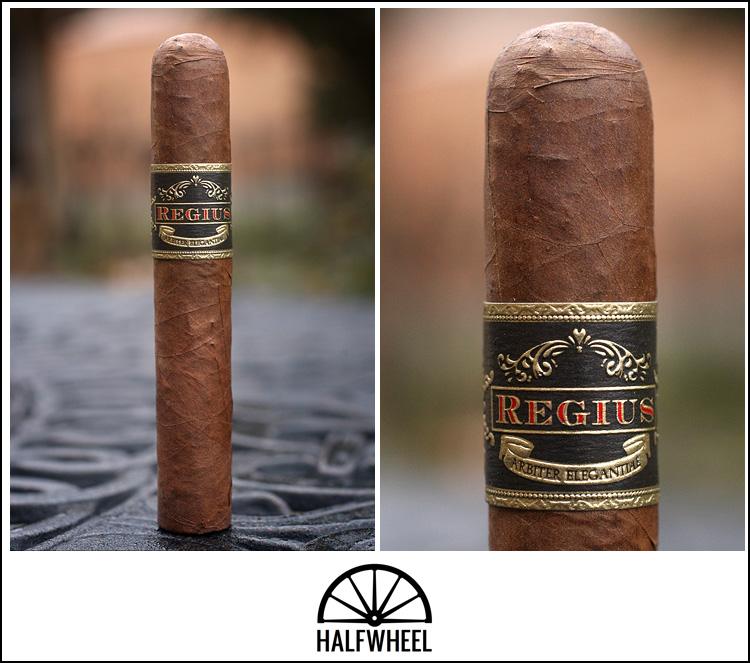 The cigar itself seems wonderfully constructed with a reddish chocolate brown wrapper that, while not seamless by any means, is silky smooth to the touch. The cigar does seem extremely light for the vitola and is fairly hard when squeezed. The wrapper smells faintly of cedar, leather and earth.

The first third starts off quite bitter for about three puffs and then explodes with flavor. Notes of creamy leather, sweet wood (oak?) and even a touch of floral. There is a tiny amount of spice on the tongue throughout the first third, but it is intermittent. 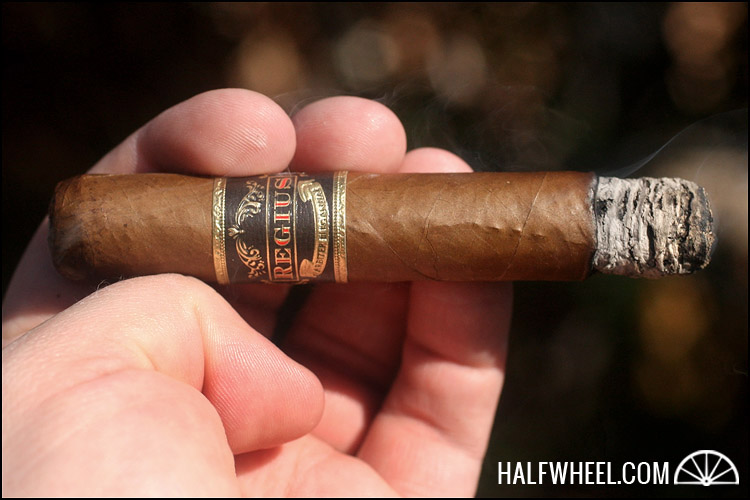 The second third has much the same profile on top, but has quite a bit more sweetness underneath, almost a brown sugar note. The strength is increasing as well, but at this point is only a medium. 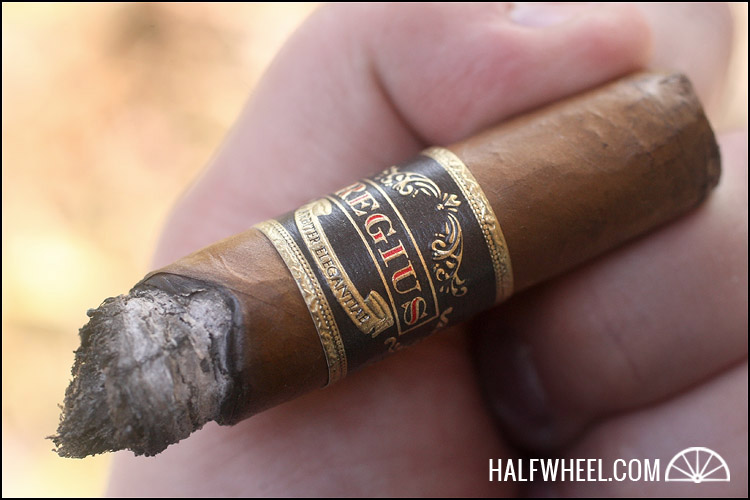 The final third does not change much from the previous two-thirds, although there is a bit more pepper on the retrohale and spice on the tongue than before. The main flavors are still a nice creamy leather and sweet woodish, but the brown sugar note is long gone. An easy cigar to nub, very non-offensive at the end. 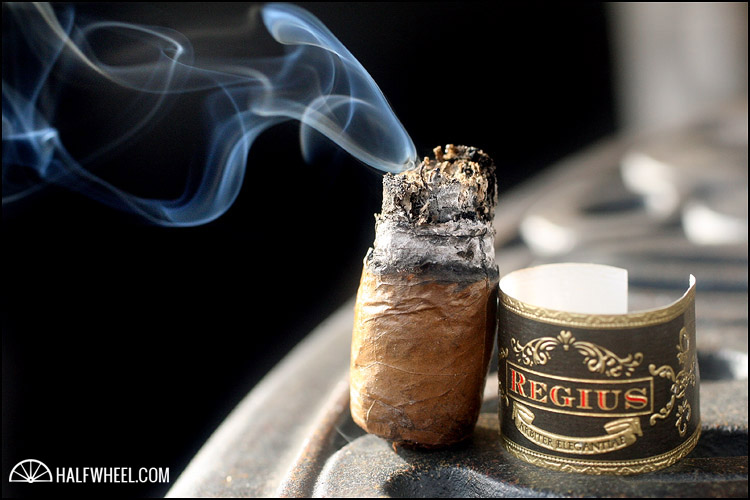 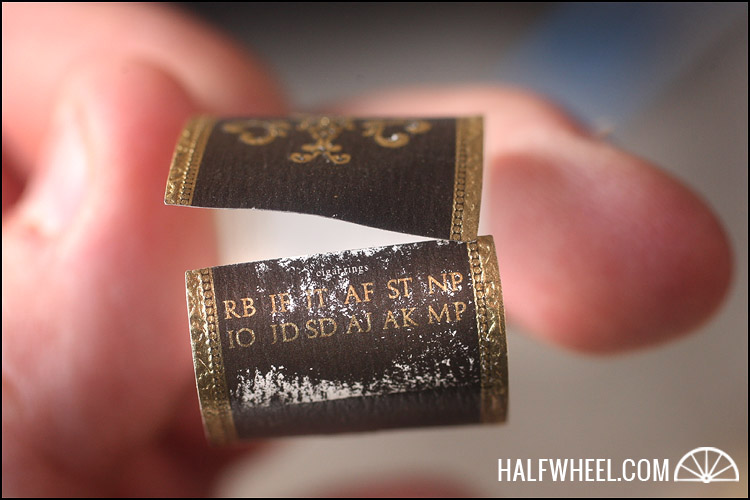 One of the main selling points of Regius Cigars seems to be that it has Cuban qualities using Nicaraguan tobacco. While they seemed to have the profile fairly close, all of the samples I smoked tasted more Cuban than Nicaraguan in my opinion, the problem is that the flavors were not the most complex in the world. The construction was wonderful on all samples, and they are very easy to smoke, but sadly, are just not that memorable after you are done. Having said that, the prices are good, and it does make for a decent change of pace or even morning cigar.