In November of 2012 I reviewed an store exclusive from Good Karma Cigar – the Viaje Oro La Pequeña. While it is an extension of the Oro line and was originally created in 2009, the version made for Good Karma Cigar was rolled in early 2012.

Because of the way this played out, the tobacco used for these was aged significantly more than usual for the Oro line and even ended up being aged longer than the Reserva line. As I noted in the original review, the store has the right to request these rolled once a year. Having said that, I confirmed with the store that these have long since sold out and they have not received any more.

The time spent in my humidor didn’t change the cigar’s feel much at all, with the medium brown wrapper still having a soft and silky feel to it. While the aroma off the wrapper isn’t much more than a light barnyard note, the cold draw brings a nice mix of light coffee, sweet tobacco and a white pepper note is that I don’t remember from before.

The cigar starts out a little tight and with some bitter notes as I’m trying to get around the perfecto foot. As it works its way around the bulge the La Pequeña’s flavor smooths out and the draw opens up. Cocoa, mild coffee and some pepper notes make up the majority of the profile. About halfway through the pepper has increased a bit and there is a distinct cinnamon note that adds nicely to round out the overall creamy profile. In the final third a nice aged tobacco note develops that continues through to the end. 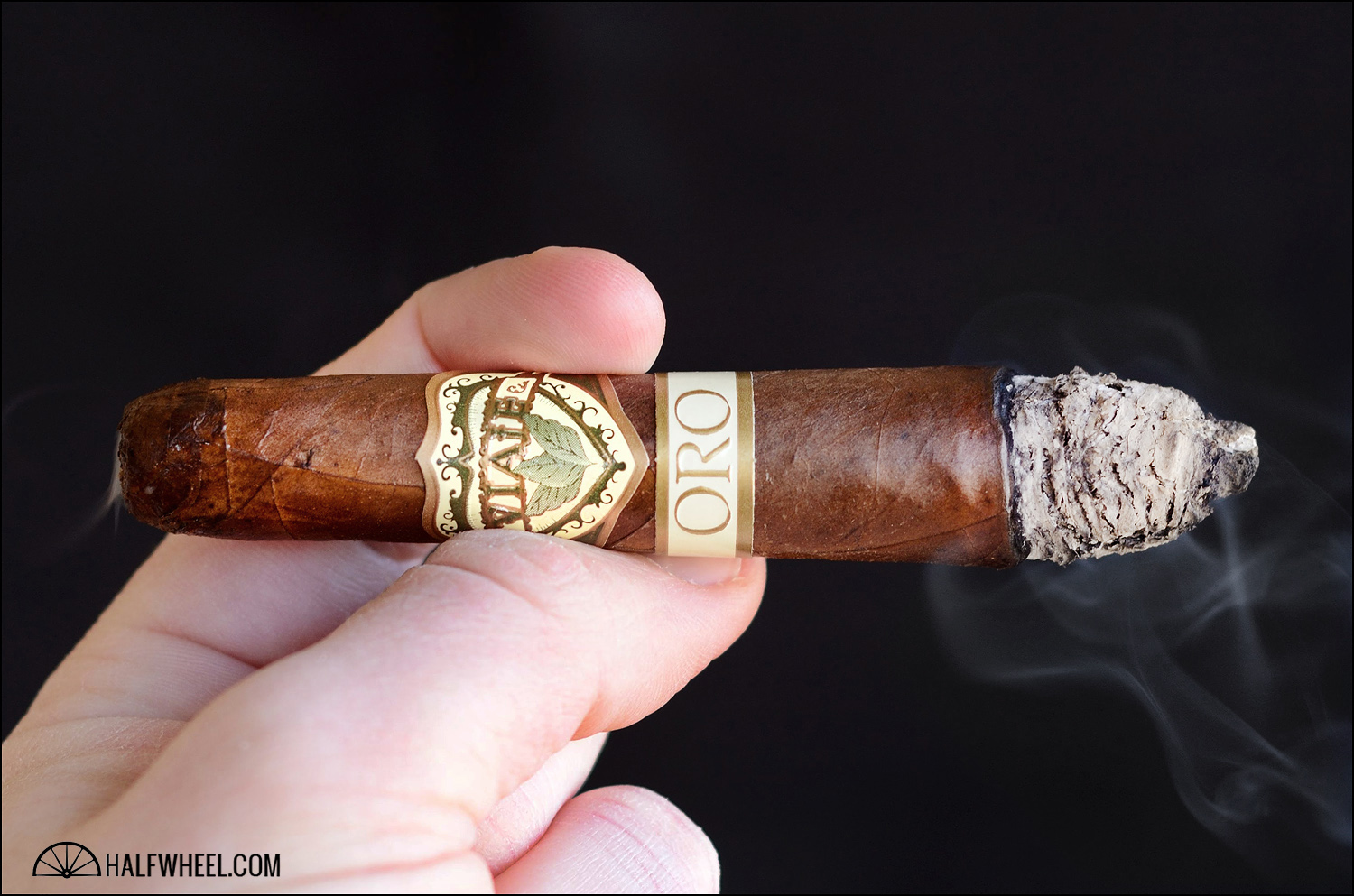 The draw on the cigar is tight but acceptable throughout, though at the very beginning it’s a little tighter, as expected with this cigar shape. There is plentiful smoke production coming from the cigar, even long after I set it down. While the burn isn’t perfect, only a few touch ups have been needed throughout. Solid construction allows the ash to hold on to well over an inch, only dropping off with some strong coaxing on my end.

Not much has changed with this cigar, and I consider that a good thing. Solid construction and an enjoyable profile keeps you interested in the cigar the entire time. I honestly think my only complaint on the cigar was that it just wasn't long enough - which in the end could be considered a good thing that it leaves you wanting more. Unfortunately for us as it stands these are only going to be found on the secondary market, though we can keep our fingers crossed that they do request more of these to be made sometime in the future.