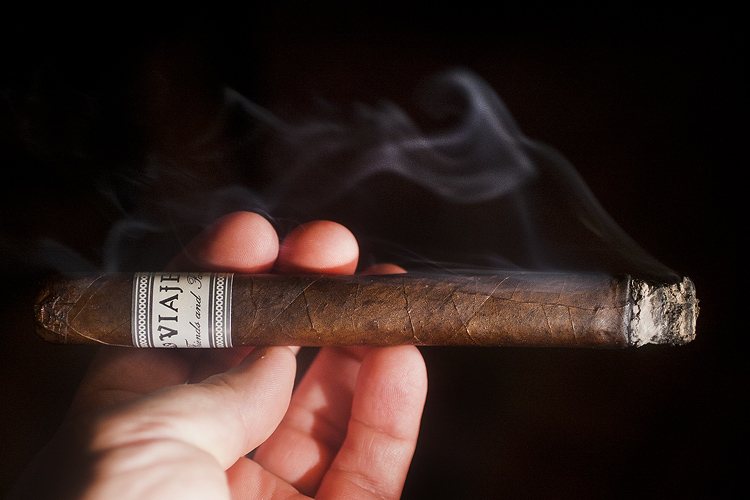 In February of 2012, Viaje released one of their most secretive blends with almost no fanfare or foreknowledge. Said to be produced select retailers started getting single boxes of the box-pressed Churchill out of the blue. At over $15.00 per cigar, the Friends and Family was the most expensive Viaje up to that point and is still in possession of that title currently. Interestingly, we still do not have direct confirmation of the specifics of the blend, or the country of origin, as Andre refuses to talk about specifics in regards to this release.

Everything about this release seemed to click with me. I love the vitola (although I do wish it was a Lonsdale instead of a Churchill), the box press, the dark, earthy and gritty profile, and the sweetness that is prevalent throughout the smoke which makes the whole profile that much more complex. In addition, construction was amazing with absolutely no issues at all for the entire smoke. While the strength hovered around the full mark, it never pushed over, giving it just enough kick to enjoy without feeling like you were hit with a sledgehammer after finishing it. The main problem with this release is the same with most of Viaje’s releases, only magnified. It seems likely that at most, each Viaje account got a box, which means there’s a little over 1,500 cigars released. Yet unlike a normal Viaje limited edition, it seems like some retailers are never going to even offer these for sale. Having said that, the Viaje Friends and Family is an all around great cigar, easily one of Viaje’s best, and I feel lucky to have tried it and I wish I had more.

Like the first samples I smoked, the Viaje Friends and Family is a solid looking cigar with a dark espresso brown wrapper that glistens with oil. It is silky smooth to the touch and is quite hard when squeezed. There is a slight box-press and the aroma off the wrapper is strong barnyard, hay, coffee beans and black pepper.

The Viaje Friends and Family starts out with strong and biting black pepper, both in the mouth and on the retrohale, along with some dark chocolate, bitter espresso, and some slight sweet caramel. The profile is extremely rich, almost too rich, like a chocolate cake that you can only eat so much of before feeling sick. This continued until right before the halfway point, where the flavors started to slowly evaporate one by one, until there was almost nothing left other than bitterness, harshness and overwhelming strength. I was able to finish it barely, but it was a struggle. 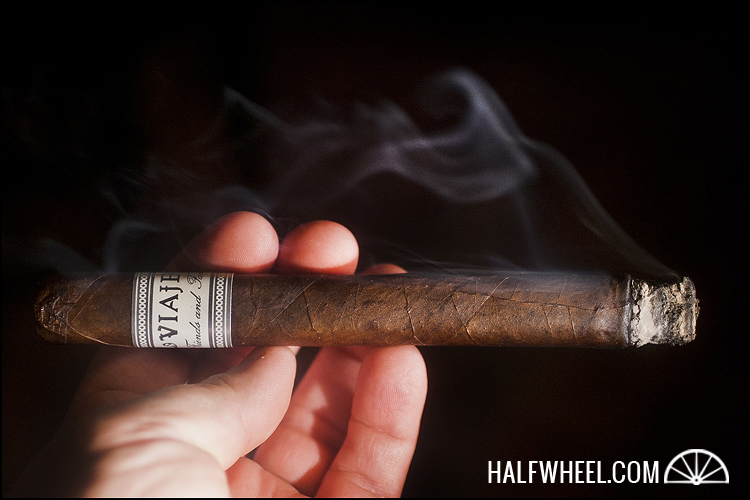 On the construction side, the burn and draw were perfect for the entire cigar. While the Friends and Family started out at a solid medium — it was a strong full by the end of the smoke — age has not seemed to calmed that part of the cigar down much.

Knowing that most Viaje cigars get quite a bit better after some age, I was honestly shocked at how far this specific blend had fallen, after only eight months of rest. While it started out well enough and much like the first samples I had for the original review, by the halfway point the Friends and Family just fell apart. Mushy, indistinct and just plain harsh, the profile ended quite a bit differently than it started and had very little in common with the cigar I rated so highly earlier in the year. While still enjoyable for about half of the smoke, the Friends and Family seemed to lose complexity and richness as the cigar burned down, forcing the almost overwhelming strength to the forefront, until it was really the only thing that was present. While I am still hopeful these will turn around, at this point I have to chalk it up to one of the few Viajes that gets worse with age.