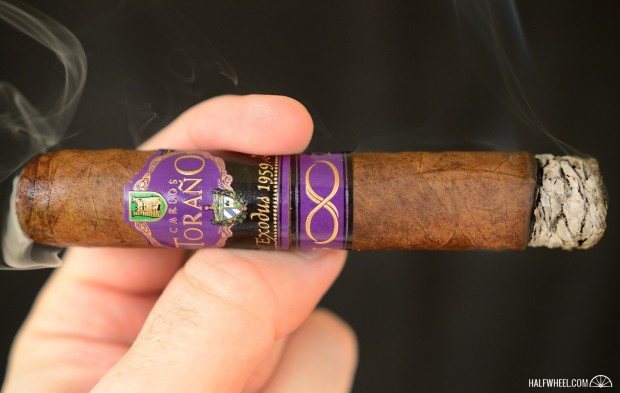 In light of the recent news about General Cigar Co. acquiring Toraño, I thought now would be a perfect time to revisit my Toraño review from just a little over a year ago. Looking back at our coverage of the Toraño booth for the previous two IPCPR shows, there were only a couple of new blends they had to show off—one of them being the Toraño Exodus 1959 Finite 2013. Because they only had a specific amount of tobacco used in the Finite blend, the production run was limited to 25,000 cigars per size.

Here’s what I originally had to say about the Finite last July:

If I only smoked the first two inches of this cigar, the score would have been obscenely high. Complex, melding perfectly and intriguing, the initial flavors were so enjoyable that the subsequent quelling of flavors brought more disappointment than if the cigar had just been so-so to begin with. Construction on all of them were great, without a single touch up needed across all three samples. Despite the disappointment of the last part of the cigar, I still enjoyed this enough that I can easily recommend seeking these limited cigars out. I’d hesitate to suggest a full box, though I can say that you should definitely grab a fiver and see for yourself what you think of the cigar.

The wrapper is a mottled dark and light brown – somewhat different from before but I think it’s just a variation in the wrappers. Besides a little bit of bumpiness, the wrapper is pretty soft and oily. The wrapper’s aroma is made up of sweet tobacco, hay, cocoa and coffee while the cold draw is as rich and unique as I remember it, with vanilla, orange zest, dark cherry and spice.

The Finite starts out a little rough, with some in your face pepper and a touch of harshness. It quickly settles down though with some of the notes from the cold draw, including the dark cherry and spice up front with a touch of vanilla in the background. After an inch and a half a nutty note develops while the spice grows, dominating the profile even more than previously. The dark cherry has faded slightly, while the vanilla still holds around the same levels. As I move through the second third the spice continues to dominate while the rest of the flavors kind of meld into the background. The final third doesn’t change much with the spice continuing on at a pleasant level. Towards the end the Finite gets slightly hot causing a bit of harshness to enter the profile, so I finish it up with a little less than an inch left. 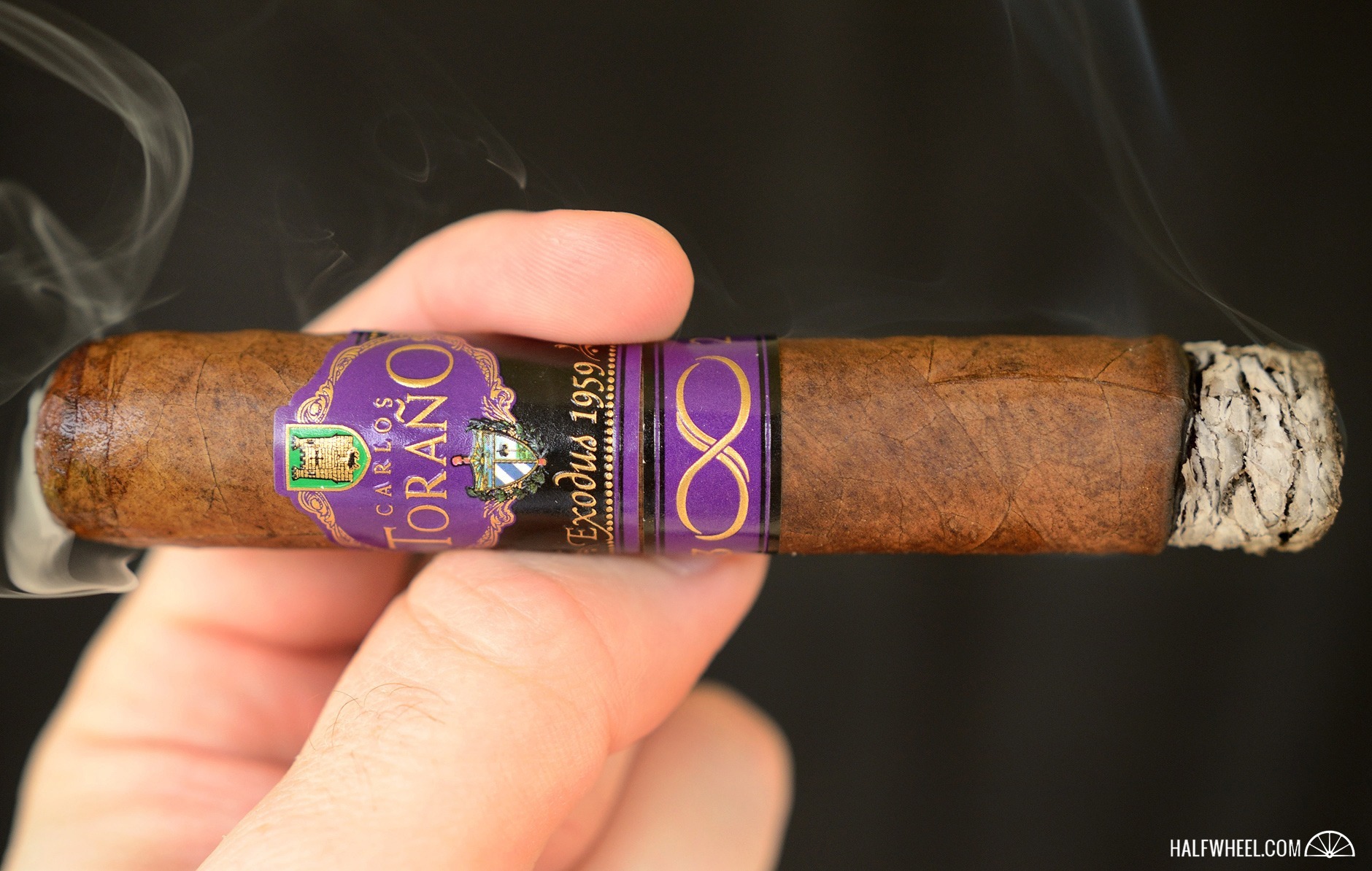 The first third starts off smoothly with the burn line nice and even and with the ash holding on well over an inch before I force it off. Combined with an ideal draw the Finite is showing off some quality construction. The second half sees the burn line go a little off, but a quick touch-up fixes that. Towards the end of the second third the cigar inexplicably goes out, so a quick relight later and things continue as normal. The final third needs another quick touch-up and the cigar finishes with a fairly even burn. I smoke the Finite to the last inch with it only burning slightly hot.

It seems that a year’s rest has done the Finite some good, as the final third’s harshness had for the most part disappeared, though the profile does still wane after the first half. While the first couple of inches was still significantly more enjoyable than the rest, the last half of the cigar isn’t anything to scoff at. Luckily this limited edition had a large enough run that a quick check shows they’re still in stock in most stores. Since that won’t always be the case—and this very well might be the last time this blend sees the light of day—I wouldn’t hesitate in picking some up.