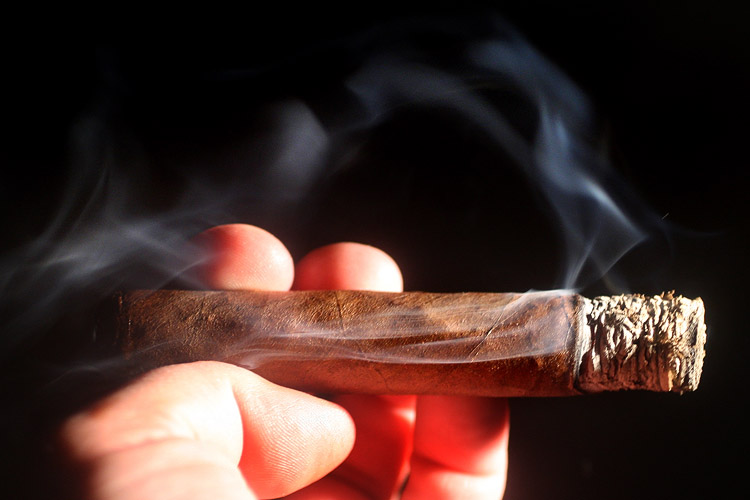 We are looking at one of the best Tatuaje releases of all time, the Pork Tenderloin.

Big brother to the Porkchop, it is a blend that itself has spawned at least two more great cigars, including the legendary Tatuaje Barclay Rex 100th Anniversary and the Tatuaje TAA. I have been wanting to see how these aged since I smoked the first one a year and a half ago, back in August of 2010.

Here is what I said about the Pork Tenderloin in my original review:

I have made no secret of the fact that some of the latest releases from Tatuaje have been hits (Tatuaje Petit Cazadores Reserva) and misses (Tatuaje Outlaw), but the Pork Tenderloin is everything great I have come to love from one of Pete’s limited production sticks. Spicy and creamy all at once, with a noticeable strength and changing flavors, this one is a cigar that will only get better with time. I would suggest that if you are on the fence about buying any, you should take the plunge, and if you don’t like them, I will buy them off you. Outside of the aforementioned SW Maduro, which wasn’t meant to be a single store release to begin with, this is easily the best “single store release” that Pete has ever released, and I really don’t know how he is going to top it. 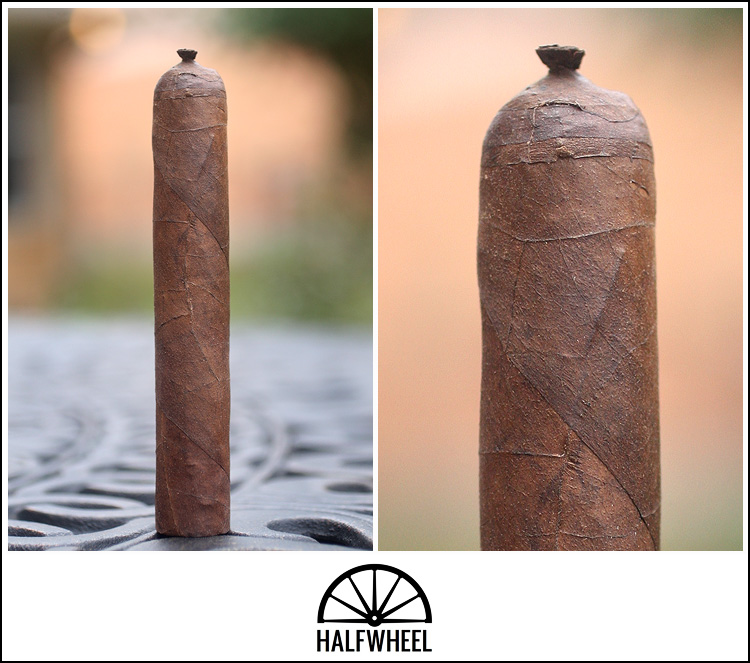 The flavors of the Pork Tenderloin come flying at you from the very first puff. Notes of earthy leather, bitter espresso, dark chocolate and just a tiny amount of spice all compete for your attention in every puff. Like the pre-draw, there is a surprising amount of black pepper present, both in the mouth and on the retrohale. So much so, that I am slightly taken aback by the strength of it. The pepper dies down after about 20 puffs, but stays in the background for the entire smoke. 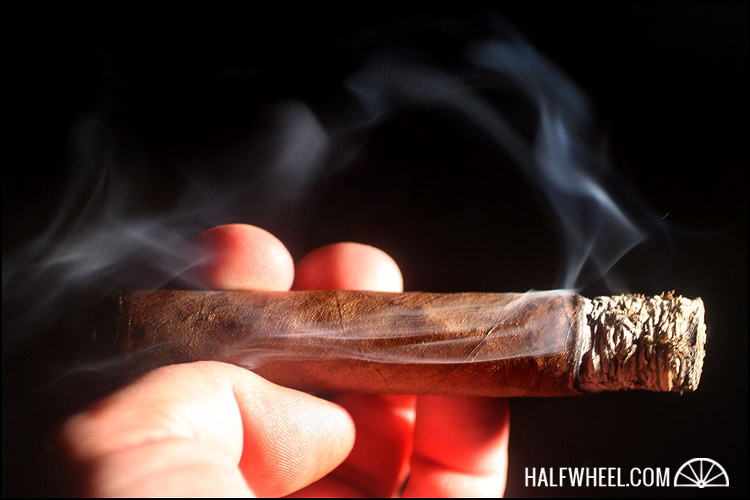 In the second half, the flavor shifts totally with less spice and pepper, but very different flavors as well. Notes of dark fruit and sweet licorice combine wonderfully with coffee and earth to round out the profile. It continues that way until the end of the Pork Tenderloin, never getting hot or bitter. The strength continues to build throughout the latter half until it is at a solid full minus.

Construction is astoundingly great with a perfect draw and one of the best burn lines I have seen in a while. There is also a copious amount of billowy white smoke. To give you an idea, I took that photo in 40 MPH winds.

If you asked me to name the top three Tatuaje releases, at the time of their release, there is a very strong case for the Pork Tenderloin to be included. If you asked me to name the top three Tatuaje releases after a bit of age, the Pork Tenderloin makes it without a second thought. After a little over a year and a half, the Pork Tenderloin shows more strength in the second half than it had fresh and flavors that have morphed into a more balanced smoke overall if that was even possible given where they were young. These still have plenty of legs left and I would be shocked if they started going downhill anytime soon. If you have any of these left — protect them with your life. If you ever see any for sale — for the love of all that is holy, buy them.