Since our original Tatuaje Little Monster reviews provide more history (click here) about the cigars than the almost every other review we’ve published, there isn’t much need or reason to rehash all of it here in a redux.

Having said that, many people wondered whether Pete Johnson would continue to release the Little Monsters with the latest Monster Series cigars or not. Last year he began hinting that he would do a slightly bigger version of the Little Monsters and earlier this year The Pudgy Monsters were formally announced.

They are expected to begin arriving two years after the Little Monsters were released with all of the Monster Series blends to date featured alongside two new blends – Chuck and Tiff based off of the characters from the movie Child’s Play.

One of the interesting thing I found about the Little Monsters release was how long these were easily available in stores after release, which was something Johnson intended to do with the Little Monsters, as well as the recently released Black Label Corona Gorda 2013. Secondary markets for these have been very reasonable as well, with many I’ve seen being sold even within the last couple of months only going for the original MSRP.

*Each sampler contains two Lil’ Dracs, in total, there are 100,000 Little Monsters

Despite the amount of veins, the wrapper is actually quite smooth and oily. Unlike the last samples I smoked, this Lil’ Drac is firm when squeezed without much give at all. The aroma is much the same, with sweet tobacco and leather, but lacking the more fresh aroma of hay and is instead replaced with a general barnyard aroma. The cold draw is exactly as described before with sweet hay, the distinct raisin note and a bit of a black pepper kick.

Starting the cigar, the pepper which I previously described as a sweet peppery kick has increased over time to be a fairly strong black pepper note that throws the cinnamon, leather and cocoa notes into the background. Overall the profile hasn’t changed much except for the increase in the pepper. Cocoa and leather notes still remain from before, though the cinnamon has shifted to a hot cinnamon note and the brown sugar which gave the profile a bit of sweetness has mostly disappeared. There isn’t much development of flavors throughout the cigar, with the same notes dancing in and out with the black pepper as a constant front runner. 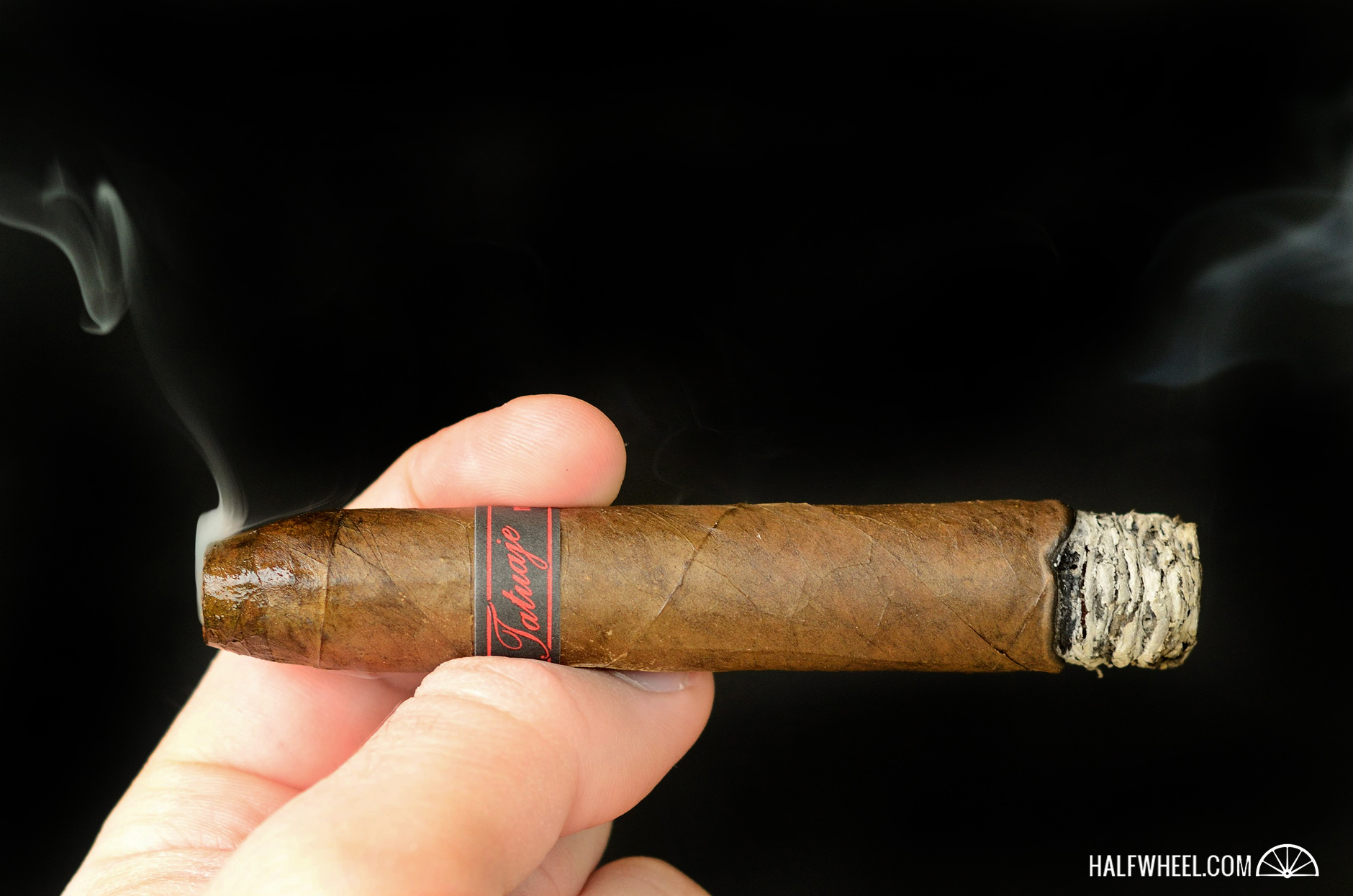 Previously I had one sample that couldn’t keep ash past a half an inch and another that was more solid. Both samples this time had the ash hold on nicely, keeping the cigar smoking cool. The Lil’ Drac’s burn isn’t perfect, but only requires a couple of minor touch ups to keep it going. The draw is more on the open side of ideal allowing for plenty of smoke on the draw that continues to pour off the foot long after I set it down.

When I reviewed the Lil’ Drac originally I hadn't had a chance to smoke the rest of the Little Monster series yet. Since then I've smoked many of each one and the Lil’ Drac is right in the middle as far as my favorites go. In the last couple of years the Lil’ Drac has definitely changed, and unfortunately it’s just a little bit for the worse. While I don’t really mind cigars with a lot of black pepper upfront, previously it was nice that it was a background note and didn't overpower so much of the rest of the profile. Despite that minor difference, I did enjoy the cigar and still wish I could have bought a box full of just Lil’ Dracs.