Last September, one of the best new cigars of last year in my opinion arrived at STOGIES World Class Cigars.

Tatuaje, Ecuadorian Sumatra wrapper, lancero—sounds like a winner. And by most of my accounts, the Tatuaje H-Town Lancero was. It was the sixth of what was supposed to be a series of 10 lanceros released for the Houston-based store’s H-Town Lancero Series. It also might be the last Tatuaje single store release ever. A couple months after the cigars arrived in Houston, Pete Johnson of Tatuaje announced that he would be discontinuing the single store releases for the company.

I really liked the Tatuaje H-Town Lancero, except for one problem. One cigar simply wouldn’t draw. It’s something I found in the samples I smoked for review and something I found smoking a cigar after the review:

When we changed the scoring system for 2015, one of the key intentions was to make sure that the flavor and construction categories were evaluated more independently. Specifically, if a cigar had a minor and/or isolated construction issue, it wouldn’t be overlooked in the final score. In a world in which most cigars we review have very good construction, we wanted to make sure that when cigars didn’t perform to this standard, it was noted. The Tatuaje H-Town Lancero is one of the two or three best new cigars I’ve smoked this year, but, one sample had a very tight draw. In the end, it means a good score for what is a very good cigar.

Visually-speaking, the Tatuaje H-Town Lancero looks the same as I remember. It’s a fairly consistent milk chocolate color and the black bars in the band do well to contrast the white in the Tatuaje Exclusive Series band. Aroma from the wrapper is leather, some dry potato chips and a sugar-coasted nuttiness. The foot smells quite Cuban with some sugary sweetness, dry floral notes and some spoiled melon. The sweet array continues to the cold draw, now a more distinct bubble gum, some mild grass and an even weaker spice mixture.

The Tatuaje H-Town Lancero begins with a mixture of sweetness and some sour woody flavors. The latter really advances as the first inch burns down transforming into a bourbon-oak flavor with some popcorn, nuttiness and a long-lasting burn that reminds me even more of bourbon. That core flavor continues in the second third of the H-Town Lancero, now joined by an herbal spiciness and white pepper. The retrohales are a lot smoother, although it’s not without some sharpness, mainly a Lemonhead candy. The Tatuaje H-Town Lancero transitions quite a bit in the final third with nuttiness overtaking all traces of oak. It’s joined by some sourdough bread, sugar cookie and spices. That sweet and spicy mixture is a nice finish to the cigar. 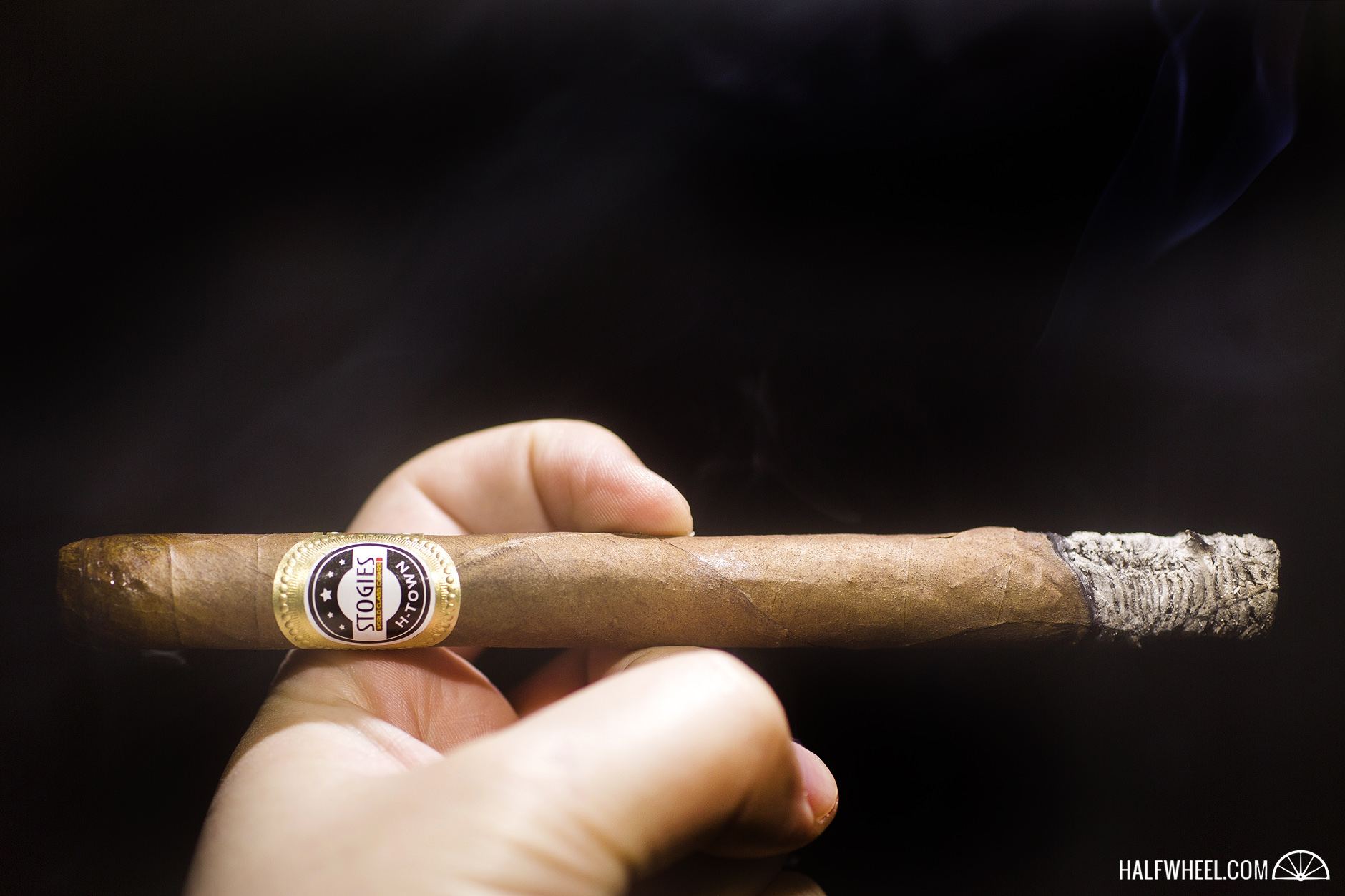 I’ve smoked other H-Town Lanceros since the review and before this redux and there’s a sigh of relief when I take the cold draw. Out of the dozen or so H-Town Lanceros I’ve smoked, almost all out of a singular box, two have had draw issues. Fortunately, this is not one of them. The draw starts great and that’s a similar story with the rest of the construction. There’s a nice two-inch ash to start and that continues for much of the rest of the cigar. My one issue is that the cigar seems to require a quicker puffing rate than a typical lancero meaning I end the cigar in a very quick one hour and 40 minutes.

Cigars for this review were provided by STOGIES World Class Cigars, which advertises on halfwheel. Tatuaje is also an advertiser.

The Tatuaje H-Town Lancero is available for sale from STOGIES World Class Cigars.

Technically-speaking, this cigar has improved since the initial review. That being said, the flavor profile of the Tatuaje H-Town Lancero is completely different than I remember and radically different from my initial review. While the draw issues that plagued one of the cigars I smoked for the review were not there, I much preferred the flavor of these fresh. There’s likely to be another redux review at some point down the road, in the mean time, I’ll keep smoking these on a regular basis, just like I have for the last six months.