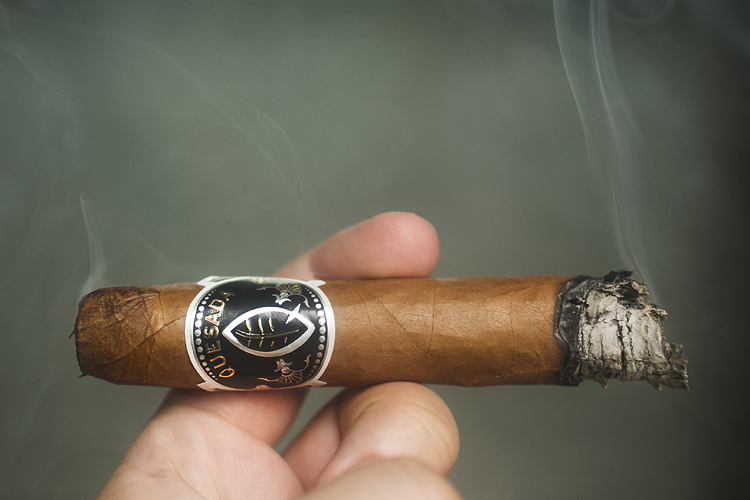 There a variety of different reduxes we can attempt to perform, this is the one that falls into the category of the kind where we review a regular production version of a cigar that we originally reviewed in prerelease form. This was one of the pleasant surprises from last year, the Quesada Jalapa Belicoso.

Here is what I said at the bottom of last year’s review:

The question you are wondering is does this taste like the España? Unequivocally, no; not even close. And that is a good thing. The Quesada Jalapa is a very good cigar right now and dare-I-say-it, I like the line better than the España. This is not a cigar really made to compete with anything. With so much of the market focused on putting out Ecuadorian Connecticut-wrapped cigars made to have bolder flavor and bigger bodies for a more advanced consumer, the Jalapa just accomplishes the end goal better. The smoothness is there, the buttery flavor is easy to pick out, the creaminess somehow differentiates itself and there are reminders of complexities like orange peel and leather along the way. This isn’t España, this isn’t the new Connecticuts, this isn’t like anything Quesada has put out on the market—plain and simple, it’s just shockingly good.

I’ll admit, I’ve smoked a half dozen or so since the trade show, but it’s been a few months since I’ve smoked, particularly one that came fresh from the shelves of a retailer.

The cigar smells a bit different from I recall. While the Jalapa Belicoso looks quite similar, albeit a tad darker than I remember the versions last year,  it’s got a much more bread-like note. There is still a fair bit of citrus, notably oranges, and notes of creaminess with no pepper to speak of. The foot is similar to some added earth and cranberries. From the cold draw, I get some cereal, sweet cocoa, vanilla extract earth and a bit of a restrained sweetness.

From the get go, the Quesada seems familiar. There’s creaminess, woodsiness and some nuttiness. It’s very clean with some butter and a hearty woodsiness. At times, the cigar seems rather Cuban-like through the nose with the sort of clean delicate notes that I associate with some of the milder Habanos S.A. offerings. The orange peel notes emerge much quicker than I found on earlier examples, with the citrus flavors taking shape early in the second third. While the cigar is dominated by the buttery cedar, there’s also a distinct saltiness and vanilla extract that join in the second and final third respectively. 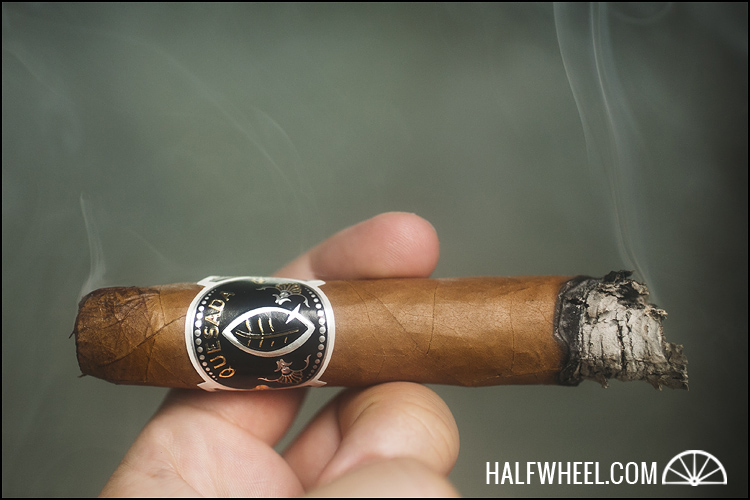 For the first time in a while, the cigar’s legendary burn didn’t make an appearance. While the burn is good; it’s thick and hardly exceptional. There is however two inch chunks of ash and lots of smoke. So much smoke that this picture was actually difficult. The cigar itself wasn’t Quesada’s best example in rolling with some noticeable filling issues, including a slightly underfilled cap, but the biggest annoyance was actually the band, which seemed to be sitting on my lip whenever the cigar was in my mouth.

*Quesada is a site sponsor of halfwheel.

I think the Jalapa Belicosos were slightly cleaner off the truck, but they have gotten more robust with time. This is a forgotten cigar, one that would be part of a daily rotation if such thing existed for me. On face, the flavor profile, strength and body wouldn't suggest something completely different from what the company is generally known for, but the complexity is totally unique.