In 2003, Habanos S.A. released the first in a series of Reserva releases, using tobacco aged at least three years, the Cohiba Reserva Selección. Two years later, in 2005, the second cigar in the series was released, the Partagás Serie D No.4 Reserva. Only 5,000 boxes of cigars were made featuring the normal Serie D No.4 band and a silver on black Reserva secondary band underneath.

Here is what I said in my original review back in July of 2009:

This is a cigar that I will remember for a long time. The wonderful combination of spice and sweetness is what quite a few cigars try and accomplish, and usually fail at. I had a heck of a time tracking them down, but I managed to get seven of them, and I will be waiting for the right time to smoke the rest of them. Basically, this stick was worth every penny I paid for it, and that is saying a lot.

The Partagás Serie D No.4 Reserva is an impressive-looking cigar with a mocha brown wrapper that still has some oil glistening on it. There is a nice give when the cigar is squeezed with just the right amount of resistance, and the triple cap is perfectly applied. The wrapper is fairly smooth to the touch, and the aroma coming off of it is a combination of nutmeg, chocolate, espresso and wood.

The Serie D No.4 Reserva starts off with strong flavors of oak, earth, leather, espresso, nutmeg and chocolate. Surprisingly, there is still quite a bit of pepper on the retrohale, almost a shocking amount considering the age and the strength of it does not start to diminish until well into the second half. There is a wonderful vanilla sweetness that is extremely pervasive—and while it is strongest towards the middle of the cigar—it is always a major part of the profile. The second half has the same multitude of flavors—but each one flits in and out—always keeping me guessing, and never staying consent for any length of time. A great cinnamon note appears the end—never very strong—but that combines nicely with the vanilla note on the retrohale. 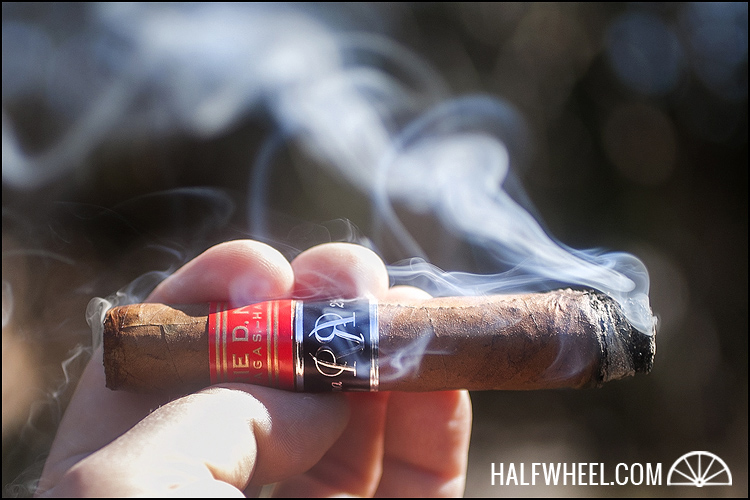 Construction-wise, the draw is great for the entire smoke, but the burn has to be corrected a few times. The overall strength starts out at slightly less than medium and increases slowly throughout the cigar, but never goes above a solid medium. It does get a bit hot at the nub, but far enough along that I don’t feel cheated out of any of the cigar.

When Cuba does a cigar well, they do it very well and the Partagás Serie D No.4 Reserva is no exception. Refined, complex, balanced and extremely flavorful, these cigars still have quite a bit of life left in them. Yes, the burn could have been better—and yes—they are a bit expensive when you can find them for sale. However, I would gladly pay it or more for one of Cuba's best releases, and this cigar qualifies.