Back at the end of 2010, it came to my attention that there were some custom-rolled Cuban cigars being sold by Mercer Cigars out of Mexico. There were originally three different vitolas available: Cañonazos, Pirámides and Sublime, although there have been rumors of other sizes being rolled since then in the same blends. There was quite a bit of controversy about the blends at the time they were released, mostly because of where they were supposedly from, but with empirical evidence to suggest otherwise, we have to assume that what has been told to use is correct.

Here is what I said in my original review in December of 2010:

I can honestly say that I would rather smoke one of these, or any number of other custom Cubans, than 90% of the overwhelming number of Edición Regionals that have been released. These are a great example of how wonderful and rich a custom Cuban can be. Throw in the fact that they are shipped from within the U.S.A, especially these days, and these are almost a no brainer purchase, especially if you have always wanted to try an example of a custom Cuban. I will be getting some more of these for sure, to enjoy now and to see how they age.

The Pirámides looks quite well-made with a rough to the touch wrapper that still has a bit of oil present, albeit quite a bit less than when they were first reviewed. It is fairly spongy when squeezed and the covered foot is a nice touch. The wrapper is a nice dark brown color and smells strongly of hay, barnyard, manure and leather.

As the Mercer starts, I am struck immediately with strong flavors of bitter espresso, leather, hay, wood and some slight spice on the lips. The profile is creamy at times, but not overly so in the first half and there is some pepper on the retrohale that comes and goes. There are other notes of earth, barnyard and sweetness that come and go as well throughout the smoke, but none of them hang around long enough to affect the profile in any major way. The Mercer becomes very spicy, but far from harsh, in the final inch, bringing in the spice that was missing from earlier and then some. 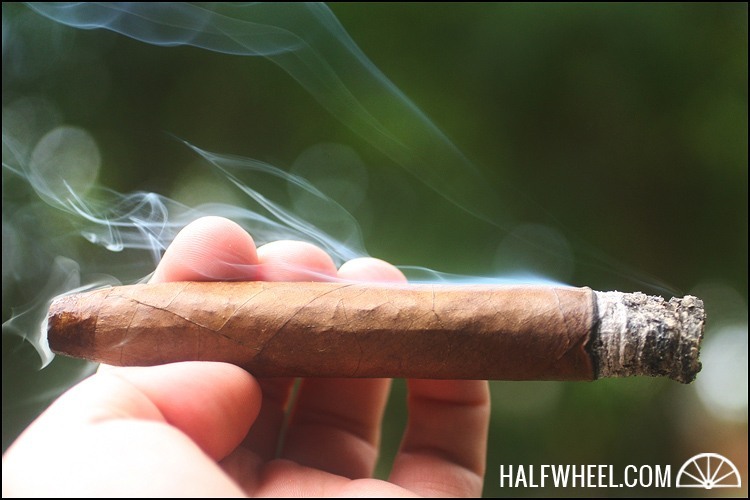 The strength of the Mercer is a solid medium with very little change from the start to the end of the cigar. Construction is absolutely perfect, both burn and draw for the entire smoke — a shining example of how a cigar should be rolled.

I honestly don't care where these came from, a great cigar is a great cigar, but one and a half years age has slightly, and I do mean slightly, diminished the complexity of the profile. Some of that can be attributed to the loss of spice, which is way down from when the cigars were fresh, and the total reversal on how much sweetness there is. Having said that, the Mercer Pinar Del Ríos are still very good cigars with absolutely astounding construction and the aging has changed the profile almost totally, which is one of the main reasons we age cigars. I would buy these by the bundle if I could, but sadly, that first shipment back in late 2010 is the only time these have been available.