Over the years, Drew Estate has become known for handing out test blends to people of various cigars long before they are released to the market, if they ever are. Such was the case with the Liga Privada Único Serie UF-13 Dark, a blend that had gone through multiple incarnations and names—it was once named MF-13 and even had a band put on it to that effect—before it was finally sold for the first time in early 2013.

Measuring 5 1/2 x 52, those 2,000 robustos were originally produced by Drew Estate for the 2012 Cigar.com Gala, a charity event originally scheduled by the Pennsylvania-based catalog retailer to be held in September that was canceled due to venue issues. In January 2013, the UF-13 Dark cigars that Drew Estate had provided for the event were offered for sale to Cigar.com’s customers priced at $15 each, with a portion of the proceeds benefitting the Centro Sor Maria Romero orphanage in Estelí, Nicaragua, the planned beneficiary of the gala.

While those prerelease versions had a normal cap, the final incarnation of the Liga Privada Único Serie UF-13 Dark featured what the company calls a cabeza colita cap, which then Director of Tobaccos Nicholas Melilla described as a combination of the caps that were being used on the Dirty Rat and Flying Pigs. Packaged in boxes of 12, the blend is made up of a Connecticut broadleaf dark mediums wrapper covering a Brazilian Mata Fina binder and tobacco from both Honduras and Nicaragua in the filler.

Here is what I said in my original review almost a bit more than five years ago:

And here is what I wrote for the first redux review in 2014:

There is a reason the Liga Privada Único Serie UF-13 Dark was my top rated cigar last year, and I am reminded why every time I smoke one. Dark and earthy with just the right combination of black pepper and sweetness, it is the very definition of a flavor bomb. In addition, it is a cigar that is neither too strong nor too mild to enjoy and features excellent construction overall, although the amount of smoke it puts out can sometimes get annoying. The year of age has increased the sweetness while taming both the strength and meatiness that was in the profile when it was fresh, but my overall enjoyment of the cigar as a whole remains about the same. While I will always love the Dirty Rat and Velvet Rat, the UF-13 Dark remains my favorite Único Serie to date. 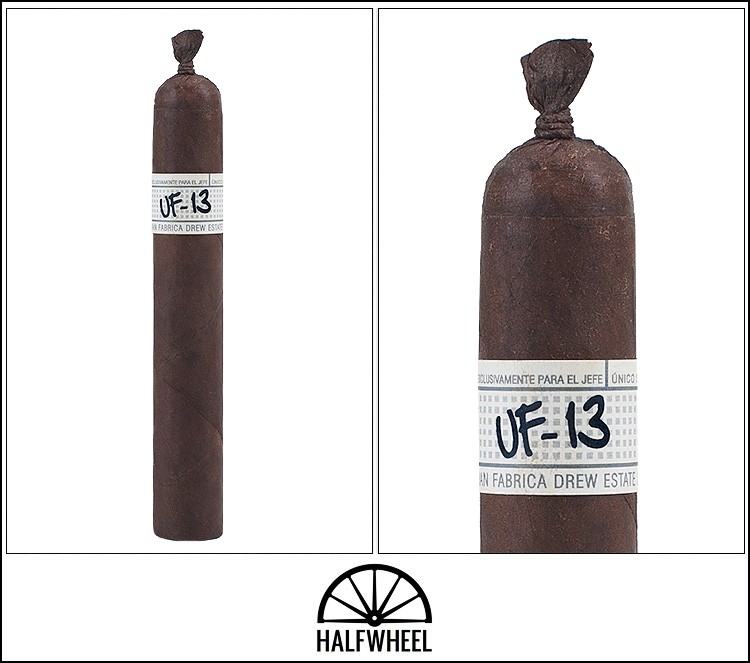 As with the rest of the cigars in the box we received at the time, the Liga Privada Único Serie UF-13 Dark is covered in a deep, dark espresso brown wrapper that is so rough to the touch I immediately think of sandpaper. Along with copious amounts of oil, there are a number of significant veins running up and down the length and the cigar is very close to rock hard when squeezed. Aroma from the wrapper is a combination of roasted oak, coffee beans, manure, hay, baker’s spices and dark cocoa while the cold draw brings flavors of strong hay, raisin sweetness, creamy oak, black pepper and a touch of bitter dark chocolate.

Starting out, the UF-13 Dark exhibits a multitude of flavors, all of which compete for dominance including Worcestershire sauce, dark chocolate, creamy oak, lemongrass, leather and toast. There is a very obvious—not to mention quite sweet—raisin note on the finish, along with a great amount of black pepper on the retrohale and some aggressive spice on my tongue. This continues on for about the first half, when the profile changes significantly: the dark and bitter chocolate takes the dominant flavor spot, followed by lesser notes of cashews, creamy oak, leather, hay, anise and freshly roasted coffee. In addition, the sweetness has morphed into a dark cherry flavor, while the black pepper on the retrohale has diminished quite a bit and the spice that was so aggressive on my tongue is long gone. Finally, there is a very obvious bitterness on the finish that begins to creep into the profile during the final third, a note that is strong enough by the end of the cigar that I put down the nub a little earlier than normal. 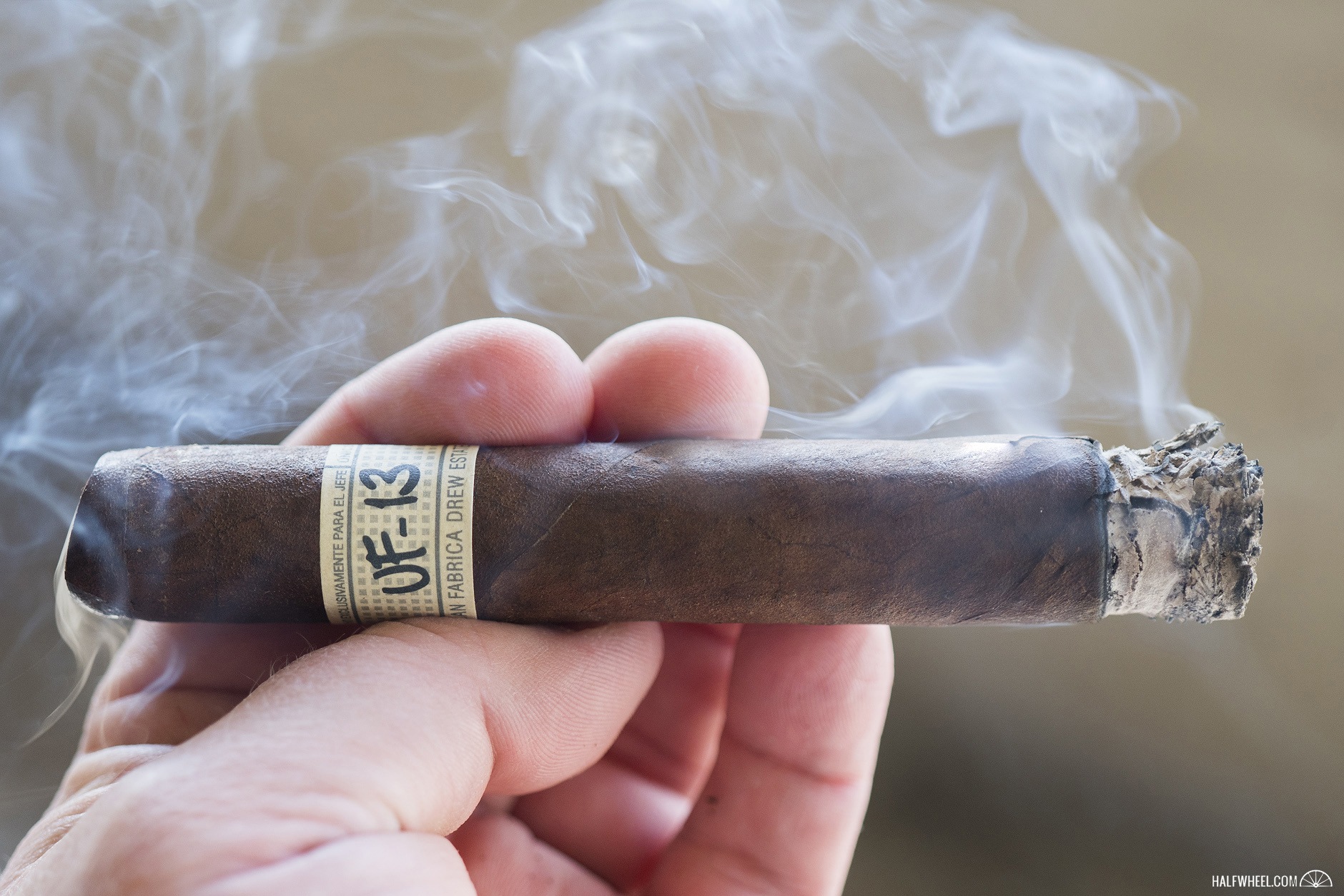 Construction-wise, the Único Serie UF-13 Dark features an excellent draw after a simple straight cut and puts out smoke like a house on fire, even when resting. While the burn is excellent for the first two thirds, it needs correcting twice in the final third to avoid getting out of hand. The overall strength hits the medium mark just past the second third, but stalls out there, and I put the nub down with a bit more than an inch to go after one hour and 38 minutes of smoking time.

For my tastes, the vast majority of Liga Privada releases I have smoked after resting them for significant amounts of time do not seem to age very well, with the flavors in the profile losing richness and become less and less distinct as time marches by. Having said that, there have always been blends from the company that, for whatever reason, this does not apply to, and the UF-13 Dark is a perfect example of one of those. Yes, there are some changes creeping in that were not present in previous reviews—including some burn issues and a noticeable bitterness on the finish, both of which occurred in the final third—but overall, the profile remains rich, complex and extremely well-balanced. In the end, while there has been a small amount of degradation after five years of age, the Liga Privada Único Serie UF-13 Dark is still going strong and has quite a bit more life left in it.