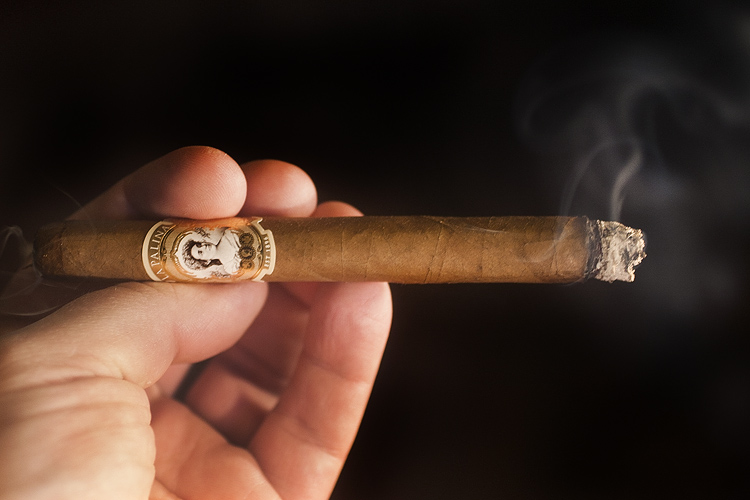 In the summer of 2012, La Palina released the Goldie Laguito No. 2, a 6 x 38 Petit Lancero rolled by a single person, Maria Sierra, who was one of the first women trained to roll cigars in Cuba. Named after Goldie Drell Paley, who was the wife of the founder Sam Paley. Only 1,000 boxes of 10 were made at the El Titan de Bronze factory in Miami.

Here is what I said in my original review back in July of 2012:

I have to say, although I find the El Diario line a little weak, I have been really loving some of the recent La Palina releases. The Kill Bill is a very good cigar and a wonderful vitola, and the Goldie is even better. The cigar is a flavor bomb, extremely complex, expertly rolled, amazing construction and is just a joy to smoke. Easily one of the best La Palinas I have smoked. Yes, they are almost absurdly expensive for the size, but honestly, I sort look on it as having a piece of cigar history, since each one is rolled by one of the top rollers in the world and someone with an incredibly decorated cigar career. If you have the money to spend, and love close to full-bodied, complex and full flavored cigars, you will not be disappointed.

The La Palina Goldie seems perfectly rolled with a great fan cap and a honey brown wrapper that is smooth to the touch. It is just a little bit spongy when squeezed and there is a tiny amount of oil present. The aroma coming off of the wrapper is a combination of wood, leather and a indeterminate sweet fruit.

The Goldie starts out with strong flavors of creamy cedar, leather, sweet chocolate, nuts and light coffee, along with a significant amount of white pepper on the retrohale. The profile is extremely creamy and nutty overall with a great fruit note underneath that combines wonderfully. At about the halfway point, the sweetness turns to more of a honey note and the pepper on the retrohale evens out, but shows no sign of disappearing. Soon after, the pepper recedes a bit more and I do notice that a banana flavor has picked up and continues on until the end of the cigar. The flavors are very distinct and the finish is excellent. 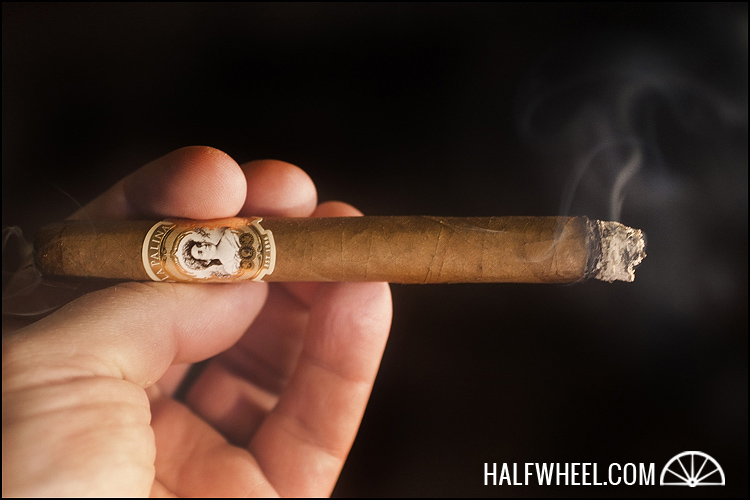 Construction-wise, the La Palina is excellent in regards to both burn and draw, although the ash does not stay on for more than half an inch before falling at any point during the smoke. Overall strength is a bit surprising, and starts out at a solid medium and ends the cigar between medium and full. Smoke production is copious, and as before the nub comes nowhere close to getting hot.

This is one of those cigars I have been looking forward to reviewing for a redux, as I really wanted to see how that strong banana note that was so prevalent in the original review would be after six months. Well, the answer is not that strong. While still noticeable, to me, that banana flavor has now morphed into a combination of honey, sweet nuts and citrus that—while not as unique—is just as flavorful. The white pepper on the retrohale is still quite obvious for the entire smoke and that gives me cause to think that these still have quite a ways to go, aging-wise. A great cigar that is well worth the money.