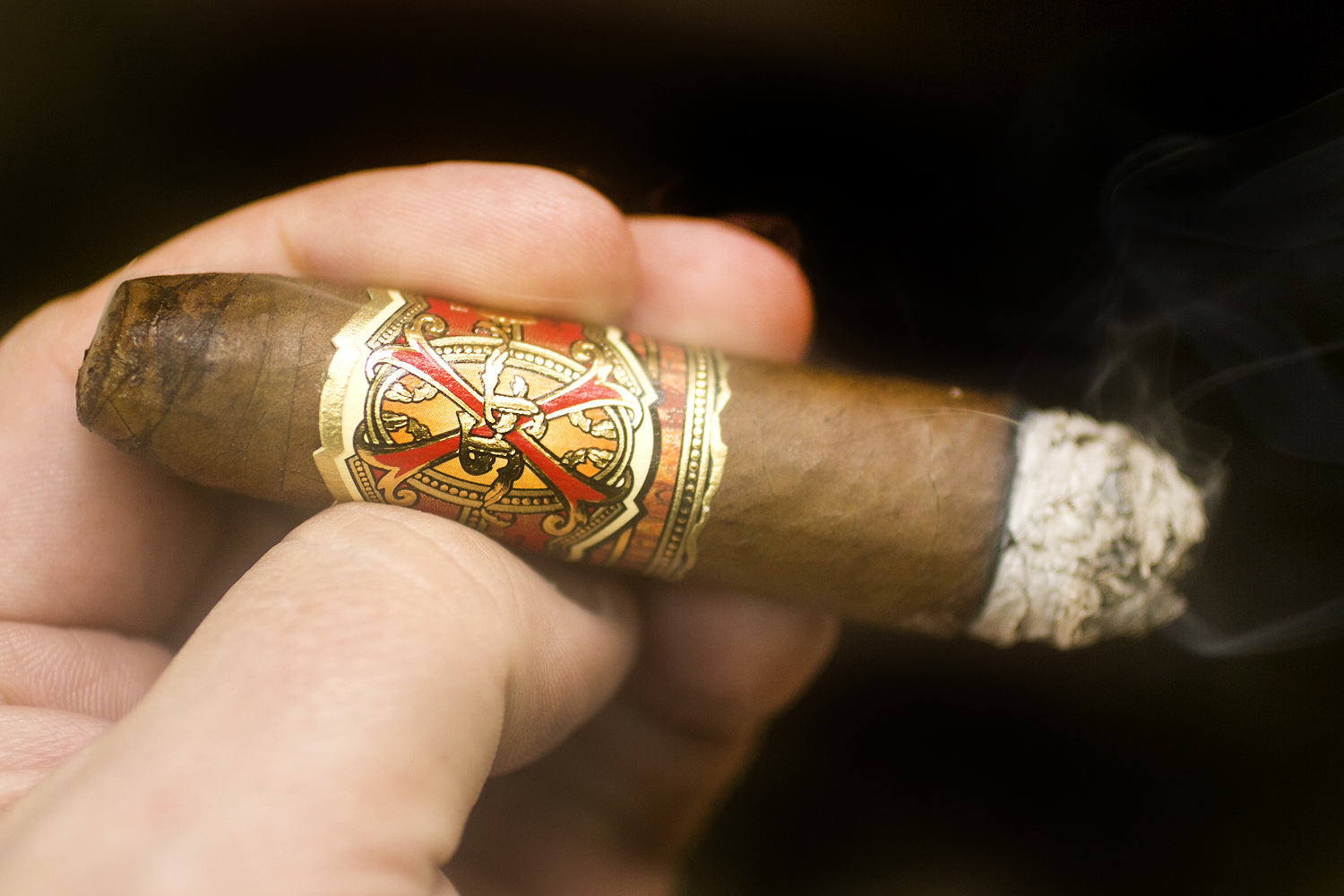 In December 2009, Arturo Fuente released three different vitolas in the OpusX line as regular production sizes: the OpusX Love Affair, the OpusX Magnum O and the OpusX Shark. The Love Affair vitola is actually based on the Non Plus Extra vitola released for the first time in 2005, and like a lot of OpusX releases, has quite a background story, which I covered in my review.

Here is what I said about the OpusX Love Affair back in in 2010:

While the beginning of the Love Affair was almost overwhelmingly spicy, it calmed down into an excellent smoke that surprised me with it’s quality and finish. While it is a pretty good cigar right now, this is a prime candidate for aging, and I will be buying a box of these to put to rest for a while. The flavors, while wonderful, were still a bit young, and I think they can get nothing but better by resting for a few years. Having said that, this was truly one of the best tasting young OpusX I have smoked.

The OpusX Love Affair is covered in a light milk chocolate brown wrapper that while smooth to the touch, is also devoid of both oil and veins. There is a slight, but noticeable box-press, and the nipple on the foot has a bit of damage to it. Resistance is appropriate when squeezed, with just a little give, and the aroma coming from the wrapper is a combination of faint cedar, chocolate and earth.

It starts off with distinct flavors of creamy cedar, leather and cinnamon. A sweet milk chocolate flavor is noticeable on the finish from the first puff, and sticks around as the cigar progresses. There are other notes that come and go including earth and coffee as well as a great white pepper that I only pick up on the retrohale in the second half. Well into the second half there is a huge graham cracker flavor that storms in with about one inch left in the Love Affair. 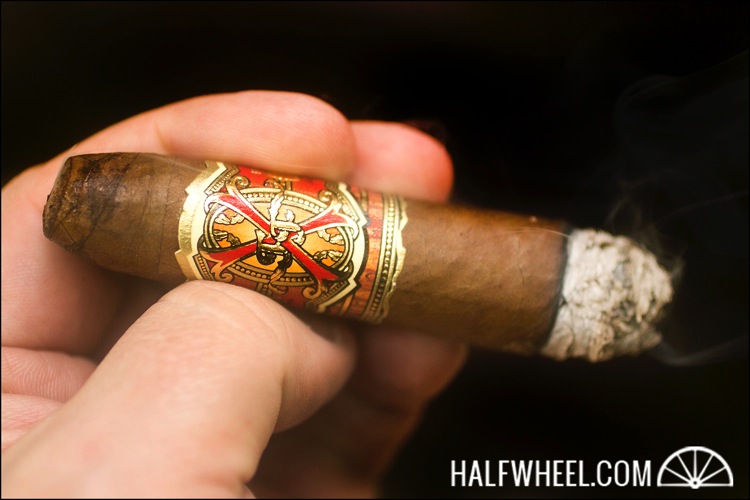 Construction-wise, the OpusX Love Affair could not get any better with a great draw from the first puff and a burn that is razor sharp for the entire smoke. The ash is a stark grey—almost white—and is extremely flaky in texture, falling very quickly every quarter inch or so. As expected, the strength is toned down quite a bit compared to the original I smoked four years ago, and it never makes it past a medium at this point in it’s life. The final smoking time is a relatively short 55 minutes until I have to put it down with about a half inch left.

The profile of the four-year-old OpusX Love Affair can be summed up in one word: smooth. The spice, black pepper and strong cherry flavor that I noticed when they were fresh is long gone, replaced by more nuanced notes of extremely creamy leather and cedar, as well as a noticeably sweet milk chocolate that remains fairly consistent through the whole smoke. The construction overall is excellent and smoke production is immense. I really enjoyed the cigar for what it is now, but I can't help but lament the total lack of cherry sweetness that really put the cigar over the top for me when it was fresh. While I am still a huge fan of aged OpusX, I have to admit I liked the OpusX Love Affair more when it was first released.