It’s hard to think of a cigar that we reviewed last year that was more under the radar than the My Father Corona. The Corona version of the flagship brand of the García family and their new factory was produced for the largest cigar retailer in the world—and yet, I don’t think I’ve heard or seen anyone else smoking it.

To recap the details. The cigar was released in June 2012, right before Father’s Day. It was made for Meier & Dutch, the distribution arm of Cigars International/Cigar.com. The My Father Corona was limited to 2,000 boxes of 10 cigars with pricing set around $60 per box.

Here’s how I recapped my review last June:

The My Father line is not known to be a monster seller. It’s gotten the ratings, the blend is solid, the salesforce is good, but the price seems too high for most consumers. Some people might scoff at the idea of a six dollar Corona, that is also a half inch shorter than the traditional name suggests, but the Robusto starts at around $10.00 and is only a tad bit longer and a 52 as opposed to a 42. The reality is I don’t think most consumers would have any trouble paying $60.00 a box for these, even if they are only going to last around 40 minutes. Why? Because not only is the price point a lot easier, but because the Corona is probably the best representation of the blend. For me, I still prefer the No.4, it’s a benchmark Lancero for me, however, the cigar isn’t really a true representation of the My Father blend, as it really is quite different from the No. 1, 2, 3 and 5. The Corona? It’s like its older and larger siblings, just a bit fuller and a lot cheaper.

I’ll admit, it’s been a while since I’ve smoked the My Father Corona, but I can’t say the cigar looks any different. The Ecuadorian wrapper has the typical dull earth color with a decent bit of oils. It’s a bit hard, but the cold draw goes over as smooth as could be with a sweet floral profile joined by sweet citrus, a bit of pretzel, cedar, a touch of cocoa and some spices.

The My Father Corona begins a bit softer than I recall with a nutty and toasty cedar core that shows excellent depth. There’s a sweet undertone with hearty notes up top. As it progresses, I get saltier notes, a near burnt espresso taste, oak and an enhanced toastiness. Midway through the cigar, the cedar becomes noticeably more prominent overtaking the nuttiness and eventually becomes the dominant note. Similar to my experiences over a year ago, the citrus notes become apparent with two inches left, a great way to end a cigar that is much less transitional than it was a year ago. 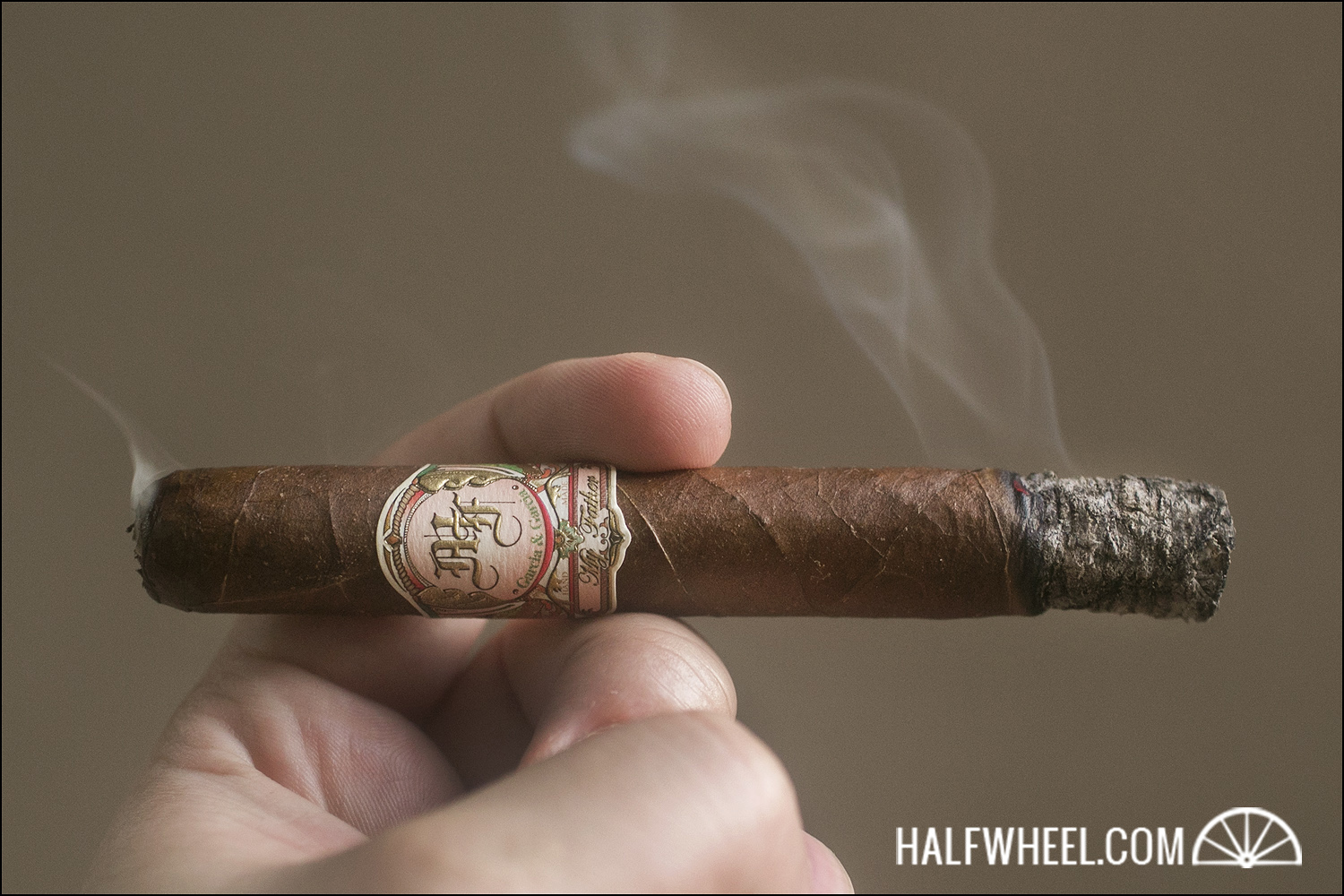 There were other experiences that were very similar to the cigar I smoked a year ago. Chief among them was the cigar burning somewhat warmer than most. Fortunately, my biggest construction complaint was entirely absent. I put the My Father Coronas in my long-term storage, meaning they were stored at 65 percent relatively humidity and lower. As such, the cigars are slightly drier and smaller, letting the bands slip off without tearing the wrapper like I struggled with last year. Draw, burn and smoke production—i.e., the central characteristics I care about—all great.

A year has made the My Father Coronas slightly mellower than the cigar I first enjoyed last year, but only slightly. The reality is, this is still a medium-full cigar with big and more refined flavors at a price point that was simply unseen for the blend. This is also a cigar that I would gladly pick up if I could actually find it in a shop. To me, this cigar could be ideal for one particularly pairing: coffee. A lot of people like to pair their coffee with milder cigars, something I do not entirely agree with because I find the coffee overwhelming the tobacco. The My Father Corona, in its wonderful format and great price point, seems like an ideal candidate for a coffee pairing.